Cherry recipes are perfect all year long, but in honor of President’s Day, here are 8 mouthwatering cherry recipes that any president would love! 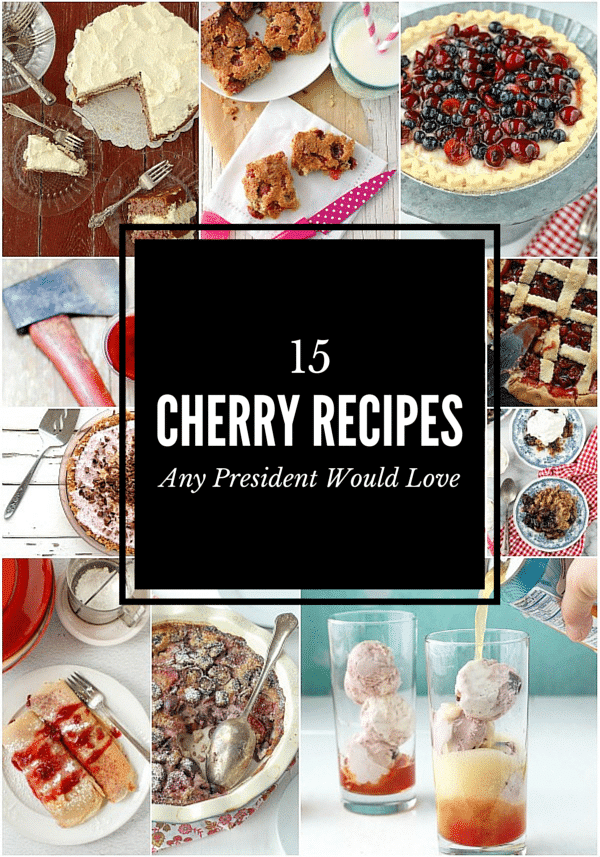 This Monday, on the tail end of a festive week kicking off Chinese New Year, Mardi Gras, Valentine’s Day and the return of The Walking Dead, lies Presidents Day. I feel it risks being overlooked in the wake of much more festive holidays, though it is the reason for a long weekend from school and work so bears a nod at least. Today I’m celebrating by sharing 15 Cherry Recipes Any President Would Love.

Presidents Day honors the birthday of George Washington, the first President of the United States, though his actual birthday is on February 22. The recognition of his birthday has been awarded with a rolling national holiday celebrated the third Monday in February annually. Abraham Lincoln’s (16th President) birthday is February 12th so in my mind it’s a group celebration.

We’ve all heard the story about George Washington chopping down the cherry tree, right? If not, you can read more about it here since I dove in to learn more when making a Cherry Bounce recipe in honor of his birthday in the early days of Boulder Locavore. I won’t disclose any spoilers but suffice it to say it seemed a good time to share an entire collection of cherry recipes covering sweet, savory and drinks too. There have been many such recipes over the years on Boulder Locavore so thank you, George Washington, for prompting a roundup of them!

Cherry Recipes any President Would Love

To make recipes with fresh cherries in them, save yourself some time by using a cherry pitter!

President’s Birthday Cherry Pie:  A good old fashioned Cherry Pie. One looks says it all. This one is gluten free but it can easily be made in a gluten version too. 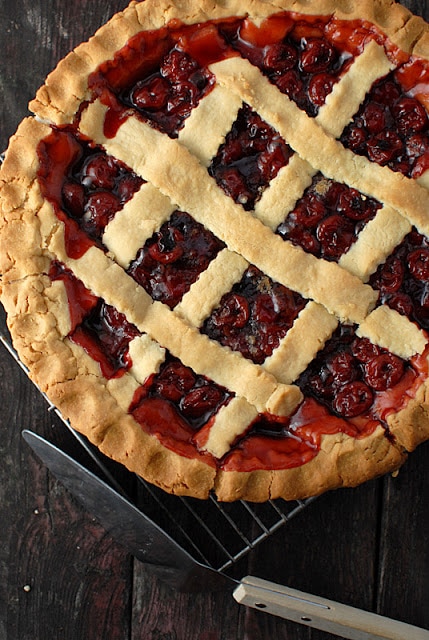 Cherry Bounce:  A delicious homemade liqueur dating back to George Washington; cherries, bourbon and sugar, mixed and left to side for up to three months. Believe me, it’s worth the wait! 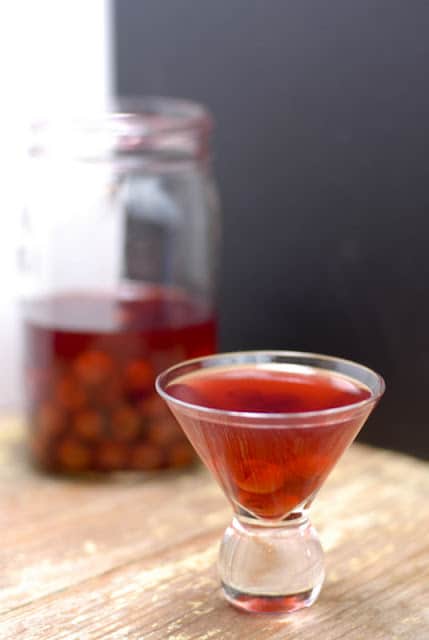 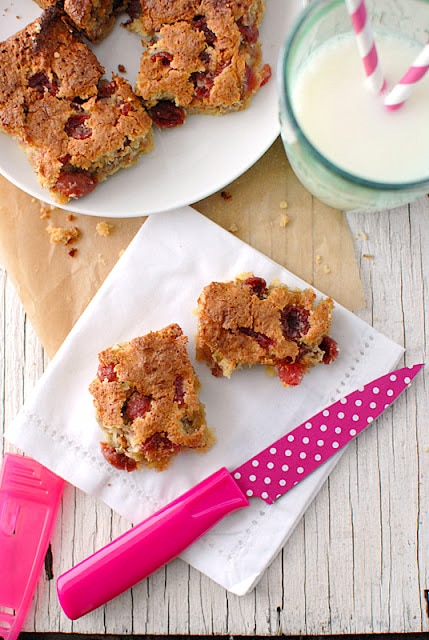 Cherry Strawberry Custard Pie {clafoutis}:  A luscious custard pie (crustless) with loads of strawberries and cherries. To the French, a clafoutis. A rustic dessert that is easy to make but out of the ordinary. 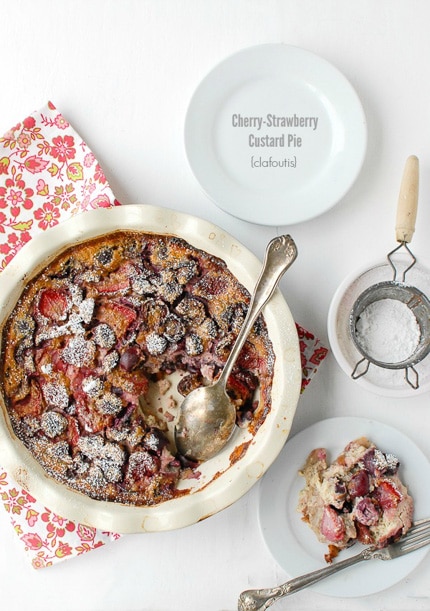 Slow Cooker Cherry Spice Cake Cobbler: I feel quite confident were slow cookers around in the 1700’s George would have been begging Martha to make this easy cobbler version. Everything is done in the slow cooker. It DOES require you stir it once. That’s not too much to ask, is it?! 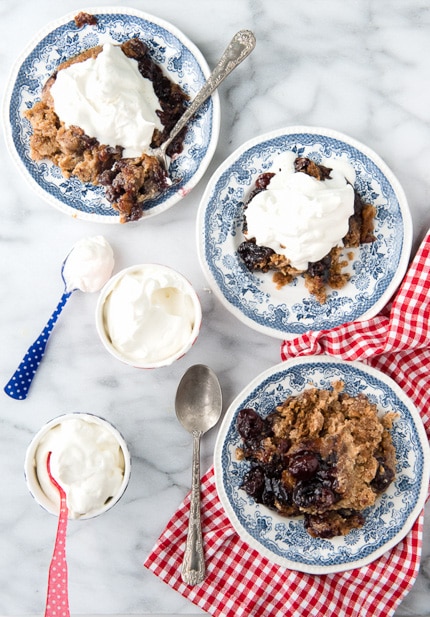 No Bake Vanilla Bean Pots de Creme with Fresh Cherry Sauce:  Creamy pudding bursting with vanilla flavor topped with a fresh cherry sauce. Don’t serve it to guests though. They’ll be knocking on your door every night after hoping you might be serving it again. 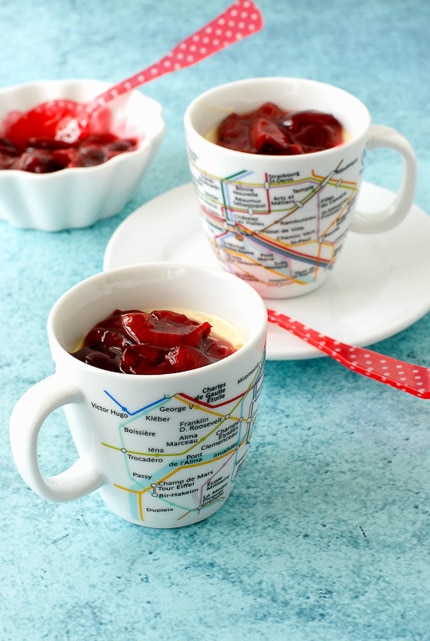 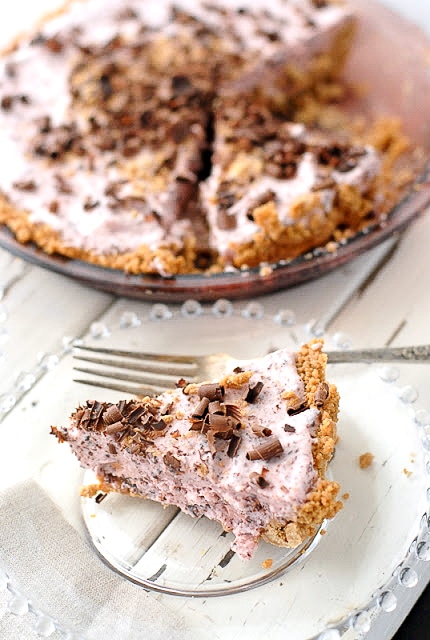 Cherry Chipotle Glazed Bone-In Spiral-Cut Ham:  Sweet, salty and spicy meet in a trifecta of flavors great for a rustic weekend dinner or for a holiday main dish. 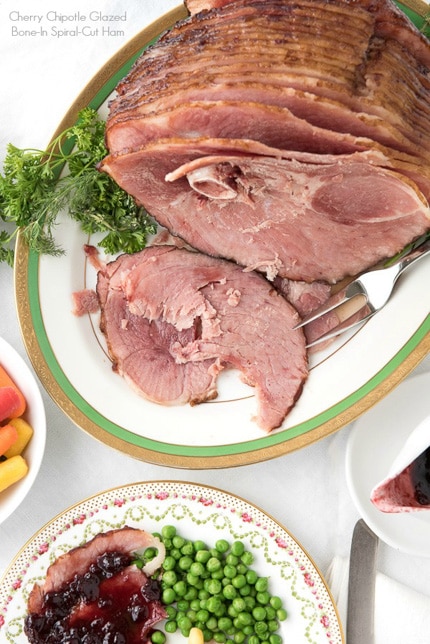 Brined Boneless Pork Loin Roast with Rhubarb-Cherry Port Sauce:  I almost can’t imagine any additional words to describe the perfection of this dish. Succulent pork with an out-of-this-world ‘mouth feel’. The sweet, sophisticated sauce is the finishing touch. 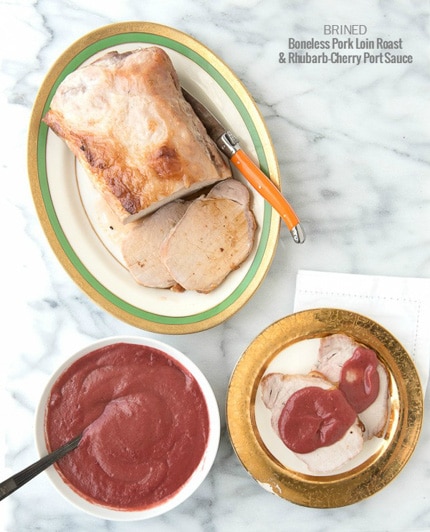 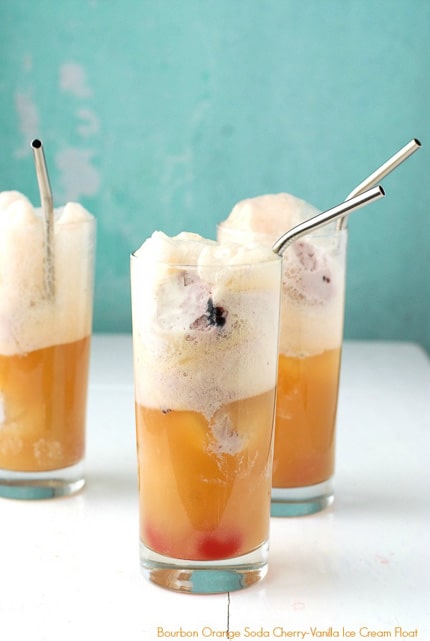 Cherry Cola Milkshake:  Cherry recipes don’t get better than Vanilla ice cream, fresh cherry-lime syrup, and Coke in a milkshake. President or not, you’ll be smitten. 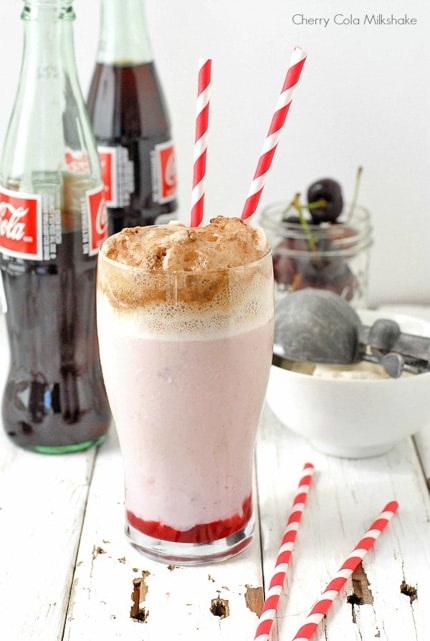 Cherry Blueberry Cloud Pie: Based on a vintage recipe this creamy pie is loaded with cherries and blueberries on top. It’s unlike any other pie you’ve had and could not be more patriotic in appearance. 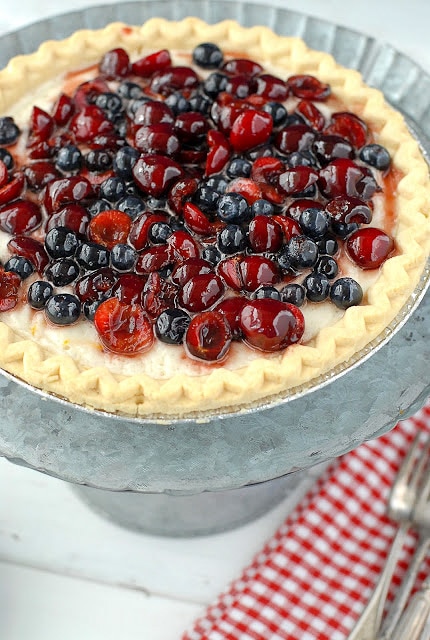 Cherry Pound Cake Bread Pudding:  Delicious cherry pound cake is transformed into a rich bread pudding as perfect for Valentine’s Day as it is to celebrate a President. 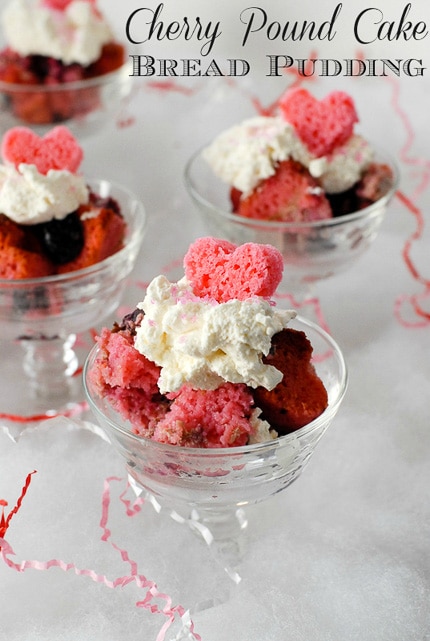 Fall Spiced Pear and Cherry Crepes: These light and exotically spiced crepes are a wonderful dessert option which can be made gluten-free or with gluten flour. They add a cozy end to any meal. 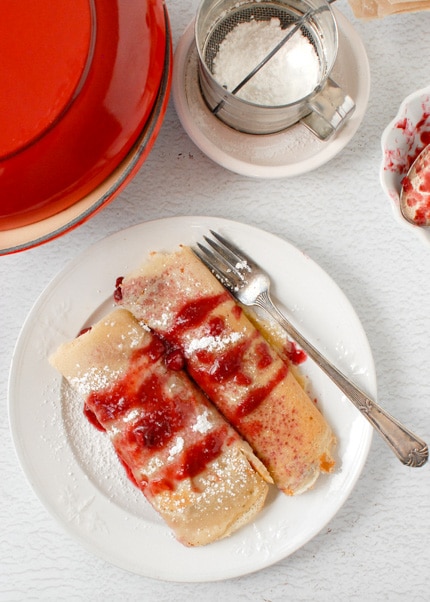 Sour Cream Cherry Cake:   I discovered this vintage cake recipe from the 1930s in a pack of recipes I purchased on eBay. It has been reworked to be a full ‘from scratch’ cake with a creamy filling with cherries in addition to a whipped cream frosting. Simple and charming. 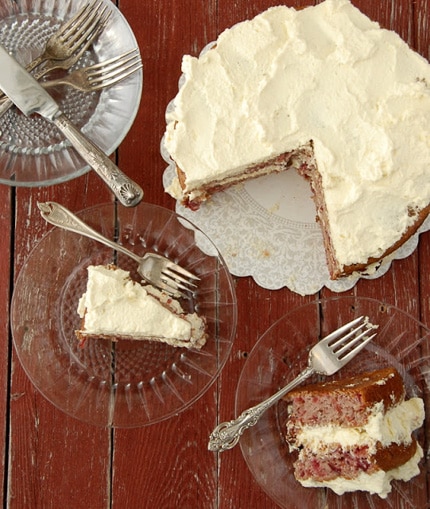