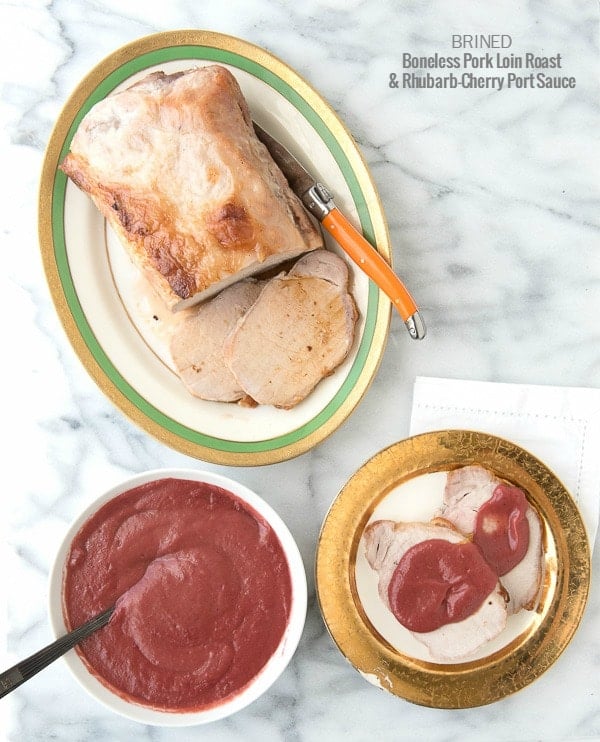 I always make a point of cooking at least a few dishes with new spring ingredients before they give way to summer’s bounty. Asparagus, of course. Fresh, feisty greens; yes. And then there is rhubarb. I’m not sure I ever had rhubarb until I began eating seasonally as an adult. It did not hold rank amongst any desserts in my childhood home. I think I had a slice of Strawberry-Rhubarb Pie at a friend’s house but all I remember was the consistency was chunky and unlike any other pie I’d tasted, and the odd tang of it.

Now that I’m all grown up, that ‘odd tang’ is what I live for in spring. It’s difficult to describe as it’s not like a citrus tang. There is a second, equally indescribable flavor that goes along with it giving it a signature taste all its own. As I began to cook with it, I wanted to branch out from the iconic pie. I believed in the uniqueness of rhubarb and felt there was more it could deliver!

A first recipe I shared was for a Rhubarb Pie cocktail.  Not super sweet as the name suggests, it is a fantastic, semi-sweet cocktail serving up that wonderful tang. I also made a Rhubarb Upside-Down Cake from a vintage 1930’s recipe I found in a recipe box I purchased on eBay. I loved it. Rustic and unpretentious and sort of ‘Little House on the Prairie’, cooked and serve up in a cast iron skillet. The last recipe I shared here was Rhubarb Crunch, another taste of Americana dug up from my Grandmother’s recipe box. Also simple and relaxed, it’s a great dessert for a casual Sunday dinner. 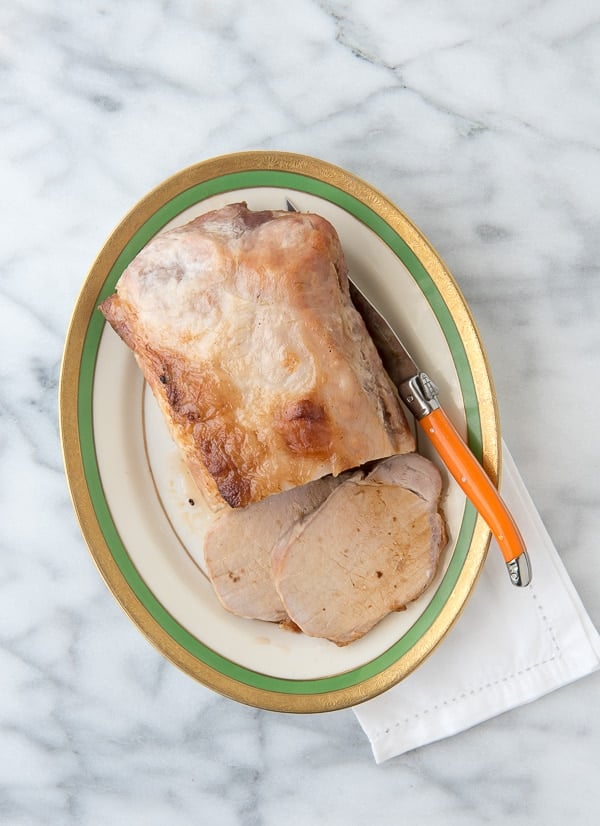 I grabbed some rhubarb at the store recently committed to make something different. I thought it was going to be a dessert of some sort. Maybe a topping for a dessert. Maybe a swirl inside a dessert. As my muse hopscotched around the possibilities, I landed on a savory option of a Rhubarb-Cherry Port Sauce for a pork dish. Don’t ask me how I got there, I have no clue. Those where the flavors that emerged from the murky, mercurial process that is recipe development inside my head!

One of my favorite cuts of pork is a Boneless Pork Loin Roast. It is the same cut a butcher would use to prepare boneless pork chops, it’s just left intact. It is very easy to cook and larger than a pork tenderloin so easier to keep moist and succulent when cooking. I prefer starting at a very high temperature and then cooking it slowly at a lower temperature which really ends up with wonderful roast. The texture of the pork loin roast is fantastic as well, giving excellent mouth-feel, which is largely why I love it so much as well as the moistness. Brining the roast overnight really ensures a moist result as well. 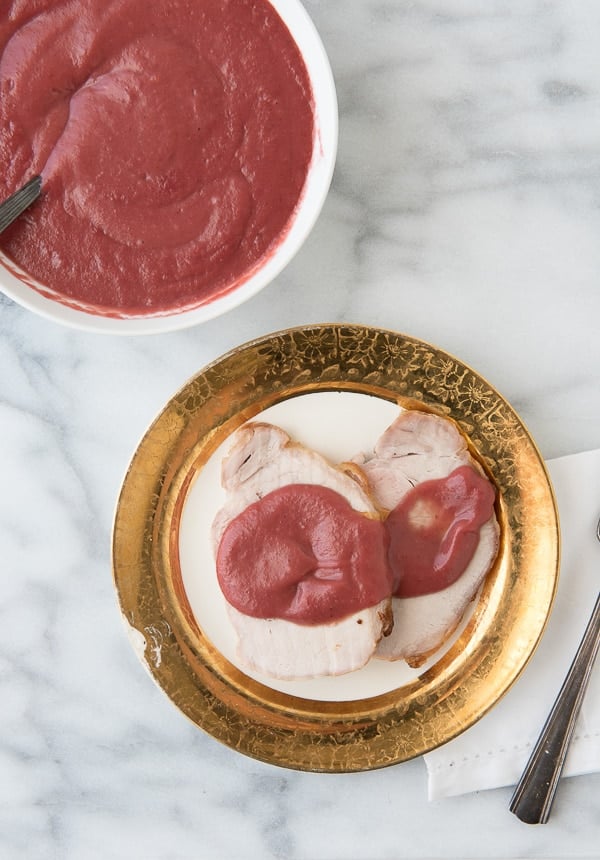 The Rhubarb-Cherry Port Sauce worked fantastically with the mild flavored pork roast. Tangy and sweet. When I’d made it, well before dinner, I gave my son a few small pieces to taste with a bit of sauce in the bottom of a bowl. I heard a spoon scraping as though he was savoring every last drop of ice cream. When I asked he was indeed lapping up any vestige of sauce left in the bowl! 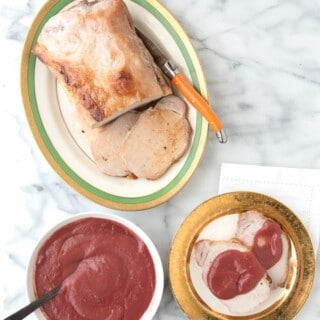 The bulk of the total time is 12 hours of brining before cooking which is passive time. 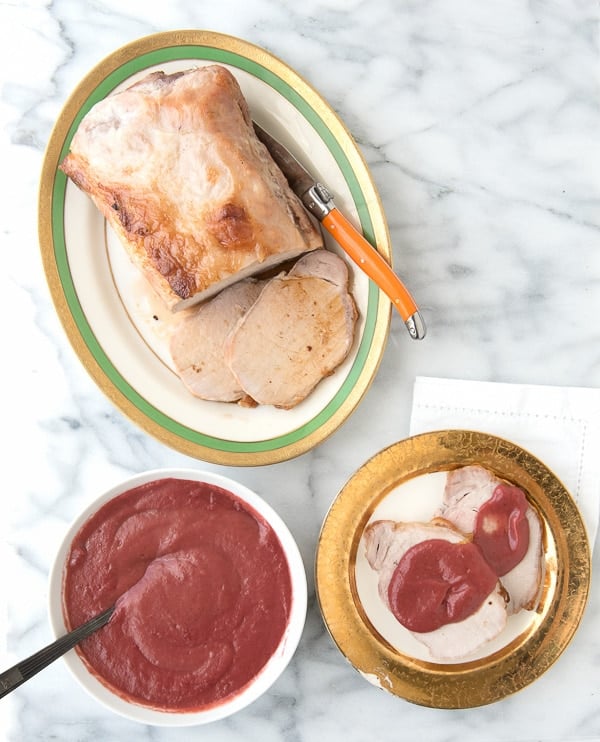