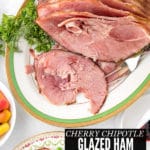 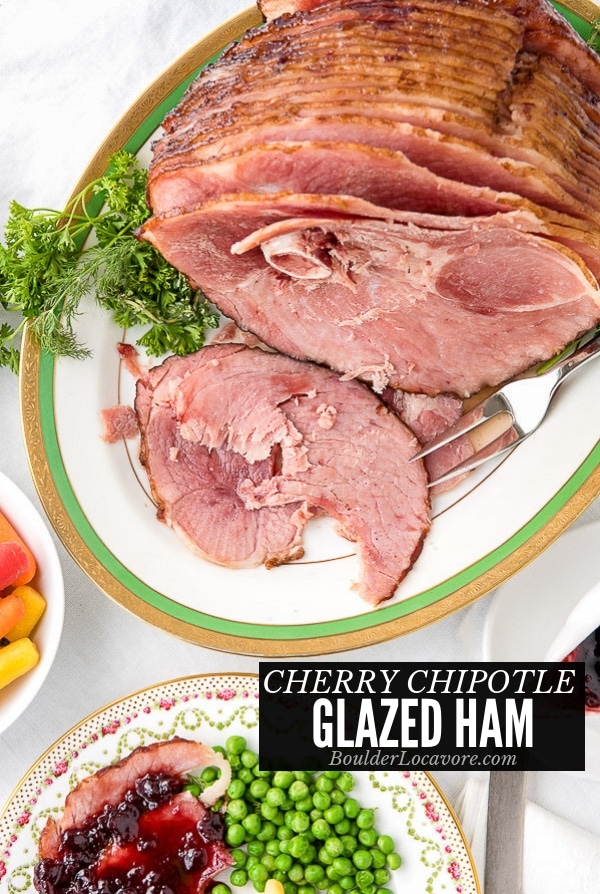 Glazed ham is an easy and delicious holiday recipe option. Perfect for larger gatherings and having leftovers too.

The Difference Between Types of Ham

Understanding the difference between ham types is helpful in deciding which to use.

This handy guide about ham will give you lots of details about types of hams.

Here is the scoop on the three main types of ham most people buy:

Ham which has been removed from the bone and compressed back together.

It is easy to slice, though some believe it lacks flavor as compared to those with bones due to the flavor imparted from the bone.

Ham which remains on the bone, believed to be some of the most flavorful though requires carving around the bone.

The same as a Bone-In ham however it has been pre-sliced making for easy removal of slices after warming.

This is the ham type used in today’s glazed ham recipe. 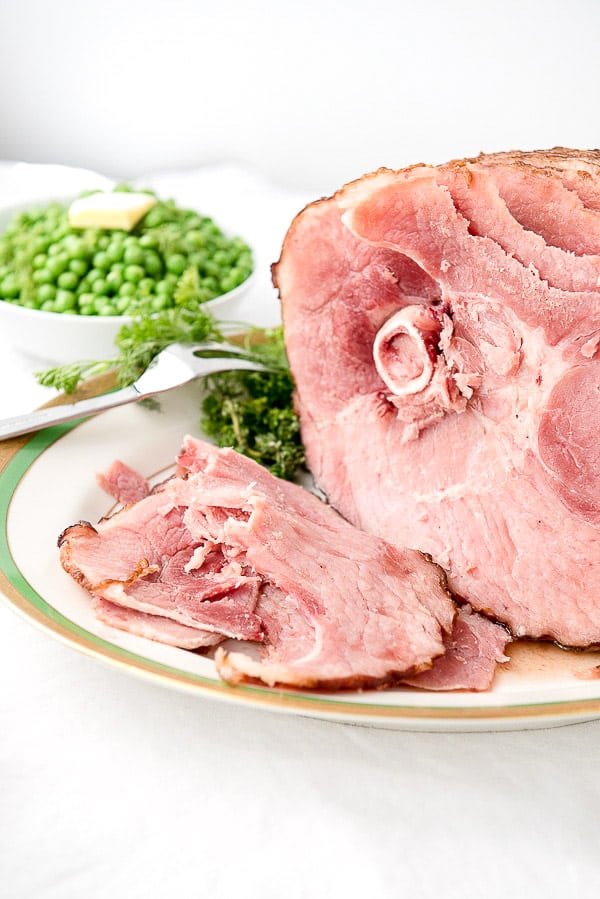 Tips on Cooking a Glazed Ham

Because these types of ham are already cooked, the trick is to reheat them to a safe temperature while retaining their moistness.

Over-cooking a ham leaves them dry and stringy to eat.

Reheating a ham is best done on lower temperatures with the ham enclosed in almost a steam tent using foil and a small amount of water in a roasting pan.

It takes a few hours to bring them to temperature, and twenty extra minutes to cook when the glaze has been added.

The patience expended is well worth the wait!

I love this glaze. I mean, ‘I’d-drink-it-through-a-straw-love’ this glaze. It’s a sweet and spicy glaze that marries beautifully with the salty ham.

The Cherry Chipotle Glaze coats the glazed ham in a deep garnet-red.

It’s a wonderland of sweet, smoky, spicy flavor. It’s my favorite glaze yet! 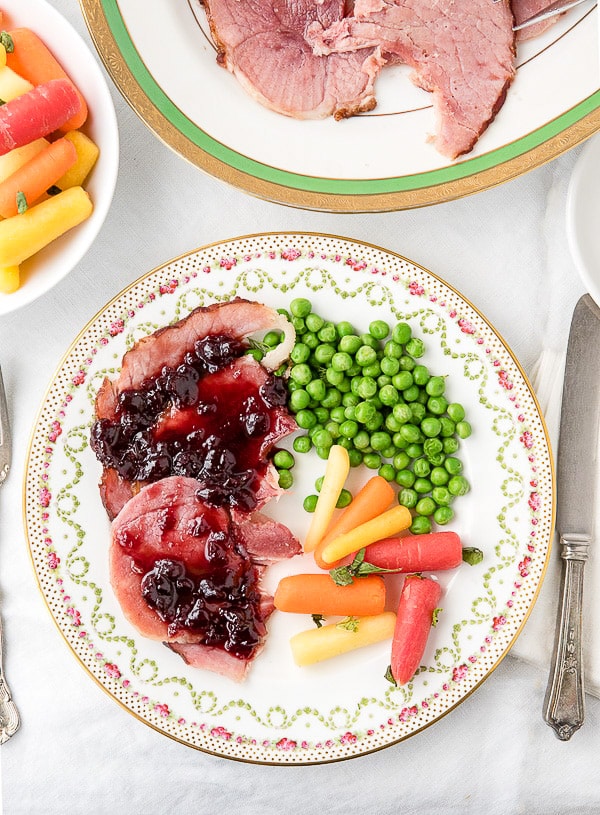 A Tip About Ham Availability

Generally, hams are purchased for holidays like Christmas hams and Easter hams. Have you ever tried to buy a ham outside of those time frames?

Between Christmas and this time of year, hams are held at suppliers until they are mass released to the ham-buying public a few weeks before Easter.

It happens all at once and most butchers cannot get them beforehand; or if they special order they must order a case.

‘Nugget Hams’, small, boneless 2-3 pounds that look like slightly larger than a softball are easier to find year-round but are often too small for a larger dinner.

TIP: Buy an extra ham to put in the freezer if you want the option of having one whenever you are feeling like it.

How to Make this Glazed Ham – Step by Step:

For the full detailed recipe please refer to the recipe card at the bottom of the post. 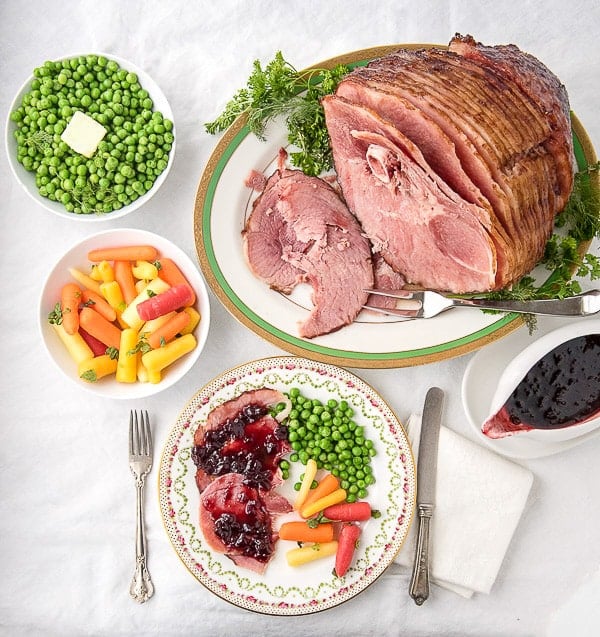 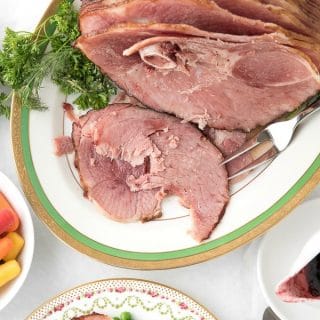 This luscious glaze will turn your Easter or Christmas ham into a holiday favorite! The sweet, smoky, spicy glaze elevates the juicy ham to another level!  After basting, there will be approximately 3/4 cup of glaze for serving at the table with the ham. Should you wish to have more glaze, the glaze portion of the recipe may be doubled.
5 from 17 votes
Print Save Recipe Recipe Saved! Pin Rate
Course: Main Course
Cuisine: American
Prep Time: 15 minutes
Cook Time: 2 hours
Total Time: 2 hours 30 minutes
Servings: 16 Serves 16 (after basting the ham, 3/4 cup of glaze will be left for serving with the ham)
Calories: 686kcal
Author: Toni Dash
Prevent your screen from going dark

Ingredients for the Glaze: