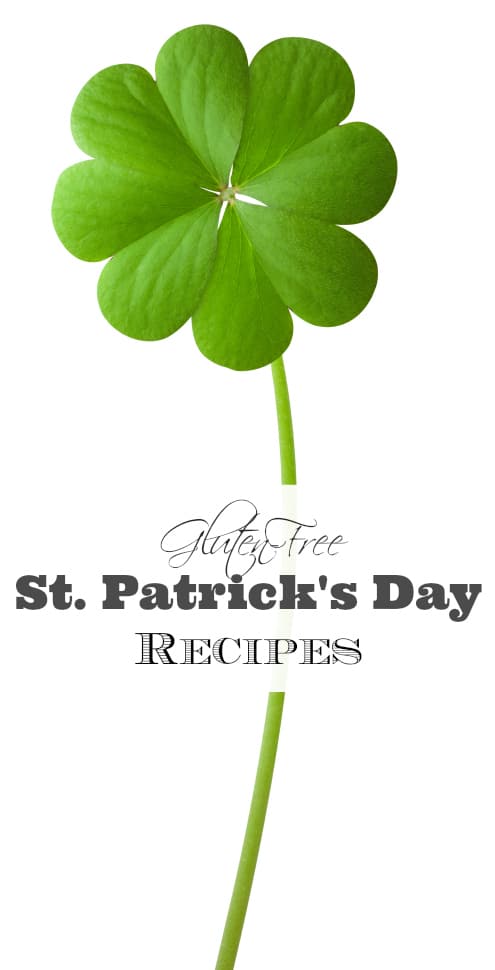 Happy St. Paddy’s Day! If you have been busy with other things and the holiday has caught you off guard, no worries, I’ve got you covered! Today I’m sharing a roundup of traditional Irish dishes you can still make and some that play on the whimsy of the holiday. Included are some tippling options to accompany more traditional Irish Guinness, Harp or straight up whiskey.

When I was working in High Tech during the Silicon Valley heyday, my company had a service center in Dundalk Ireland, as well as I worked on a customer team for a fruity tech company that shall remain nameless (though you probably all own their phones, computers and tablets) who had a plant in Cork Ireland. I’d travel there fairly often for one reason or another and was fortunate to make local friends with whom I’ve shared many a laugh in Ireland, the U.S. and in other countries around the world. 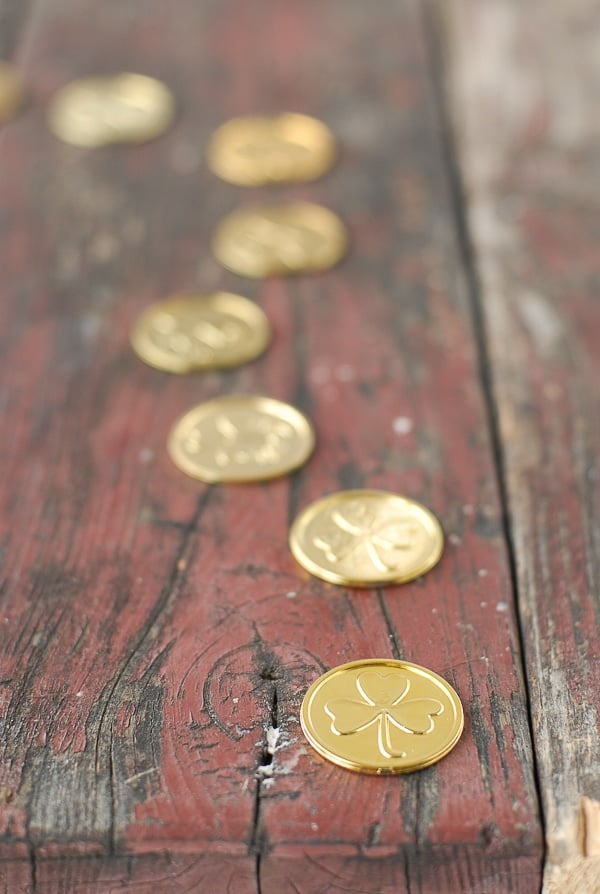 One such business gathering happened in the U.S. around St. Patrick’s Day. Hailing from Ireland I felt sure my mates would want to hit a local pub to celebrate U.S. style. It was only then I learned the crazed green obsession and pinching were really something the Yanks were responsible for. Maybe it was iterated from original Irish immigrants or the interpretation of the holiday but my friends were always taken aback a bit with the rowdy display on behalf of their beloved Catholic saint (and these folks were no wilting lilies on the celebration front).

In Ireland, they shared, the holiday was really a religiously-based and therefore quite tame and reverent. I believe that is changing now with more of the Irish-American influence at least in cities such as Dublin. A few St. Paddy’s Day ago a blogging colleague from Dublin, Aoife from The Daily Spud, did me the honor of writing a guest post on the holiday in Ireland for a bit of comparison. 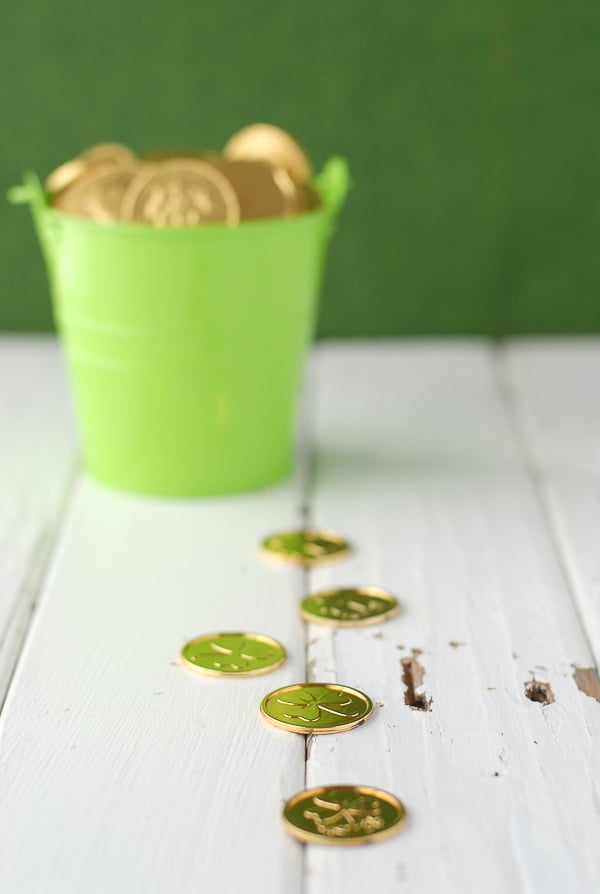 I will share one tidbit of education as I’ve seen some slack jawed American bloggers of late, befuddled after a bit of a tongue lashing from Irish readers over some of the nicknames for St. Patrick’s Day. If referring to the holiday in a more familiar form, it is St. Paddy’s Day; NOT St. Patty’s Day. In Irish parlance, ‘Paddy’ is the shortened name from Patrick for a boy. ‘Patty’ is a girl’s nickname for Patricia. Rogue comments may be found on social media posts for cheery, whimsical dishes celebrating ‘St. Patty’s Day’, querrying  ‘Who is St. Patty?!’. 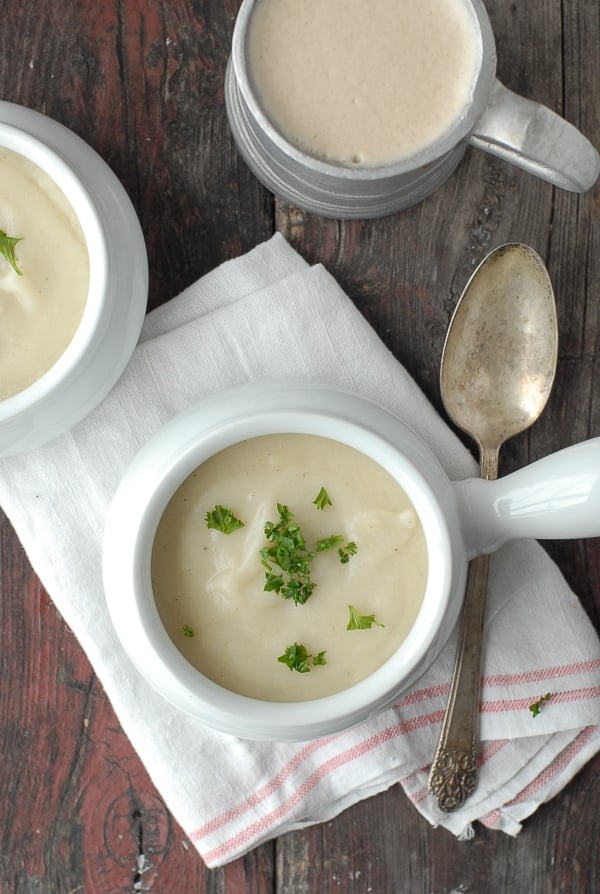 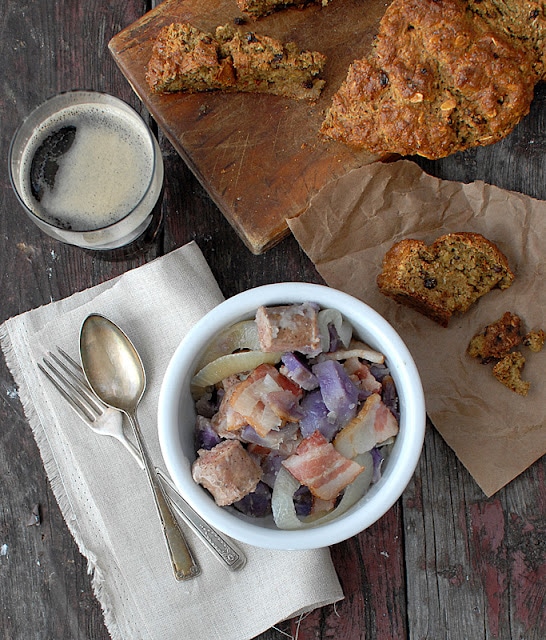 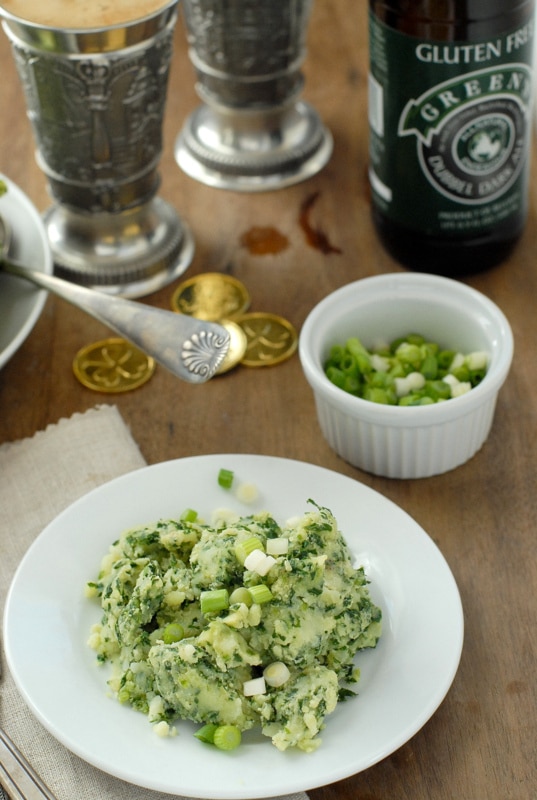 Slow Cooker Beer-Simmered Corned Beef and Vegetables (note: if short on time, forego the overnight soaking of the corned beef just pop it in the slow cooker and start there) 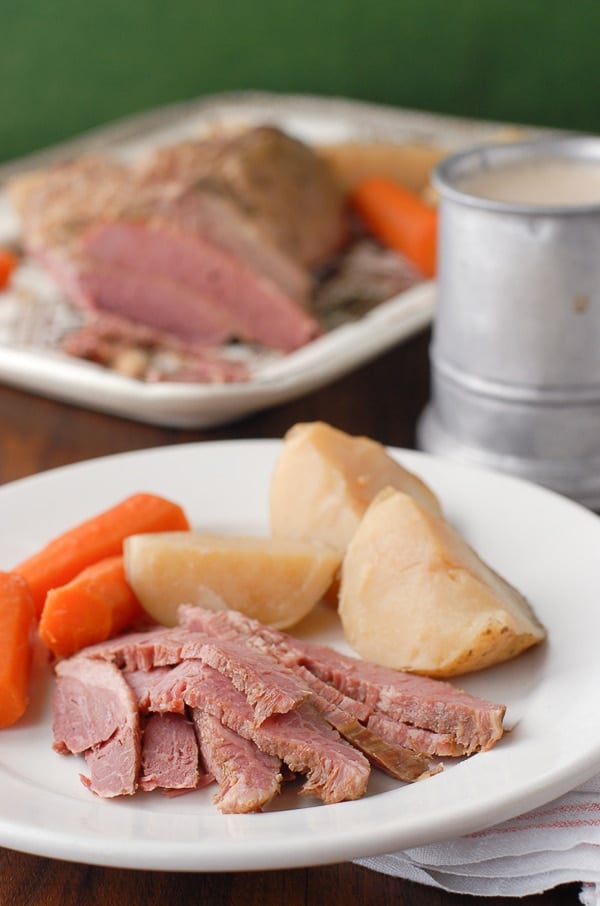 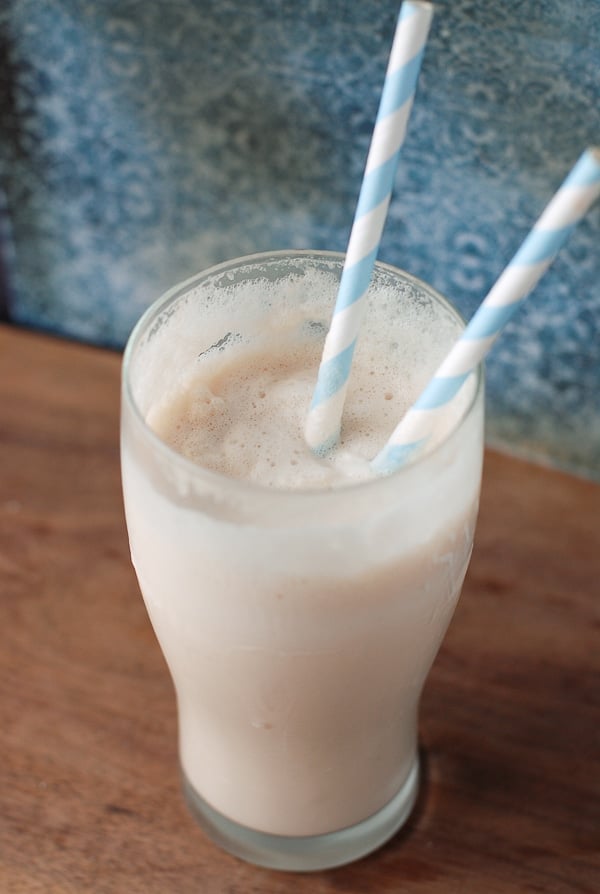 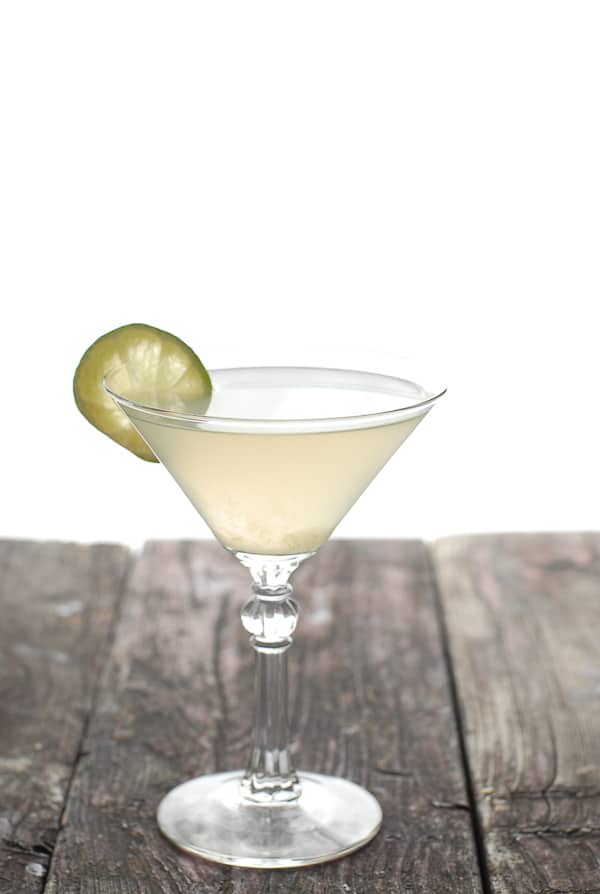 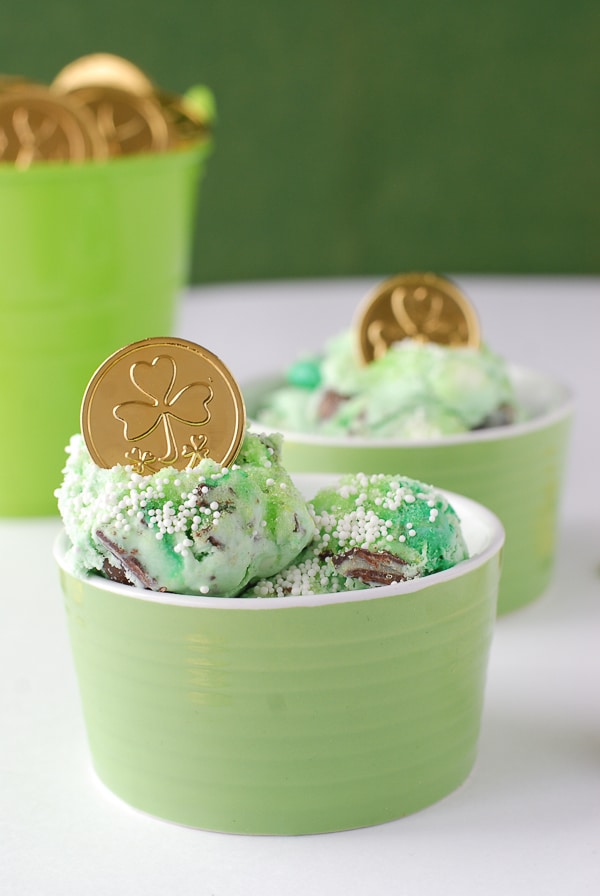 Grasshopper Pie (though there is nothing Irish about this dessert, it is always a request in our household for the holiday) 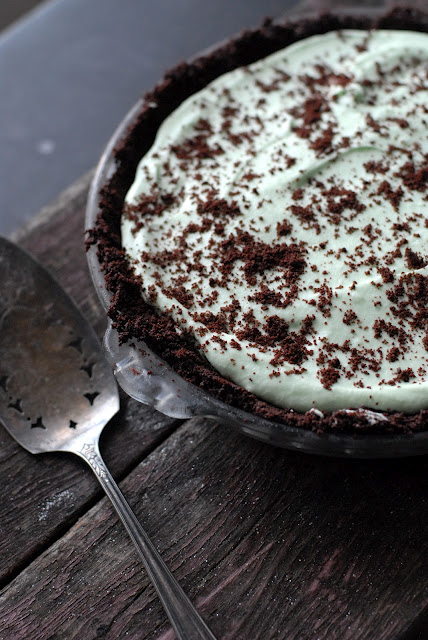 If you are interested in authentic Irish cooking, check out Irish Country Cookbook. It is a compilation of the most popular recipes from the Irish Countrywoman’s Association and should not be missed.