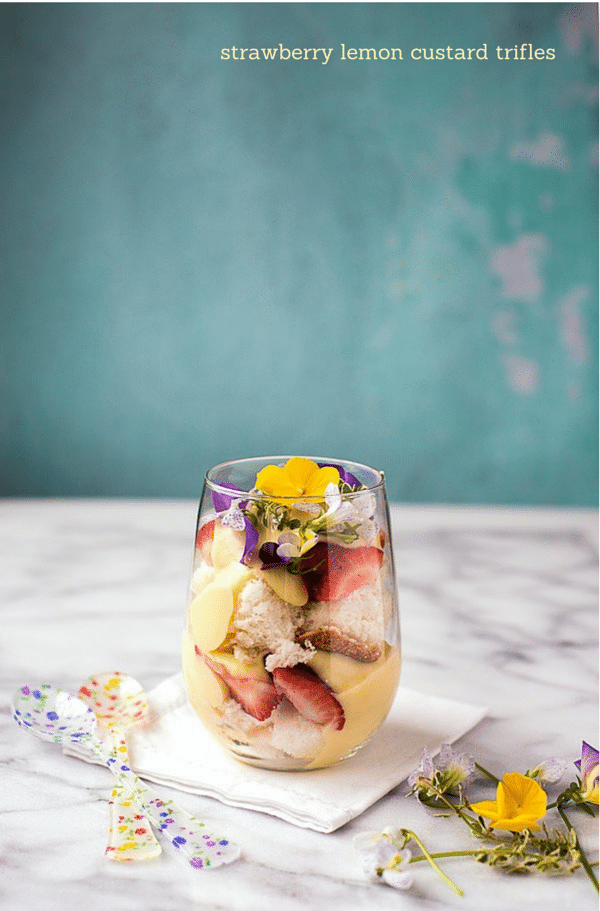 As I’ve been planning upcoming recipes for Boulder Locavore, a certain someone in my family has been wafting around whispering ‘pudding’ under her breath. Pudding sort off drops of the menu after kids are small I think and in our case when we became gluten-free we were also dairy-free for awhile nixing it for more reasons. For adults, desserts usually take a sexier stance involving salted caramel or molten chocolate, ice cream usually in a more exotic flavor but rarely do I hear adults hankering for straight up pudding.

I think that would all be different if they tasted homemade pudding. As silly as it sounds, it never occurred to me that pudding was something one could make from scratch, or that it would be worth doing. My childhood was full of pudding from a package as most families ate. Premade pudding is now available with some pretty tasty brands in the dairy case complete with organic varieties that bring back happy memories. 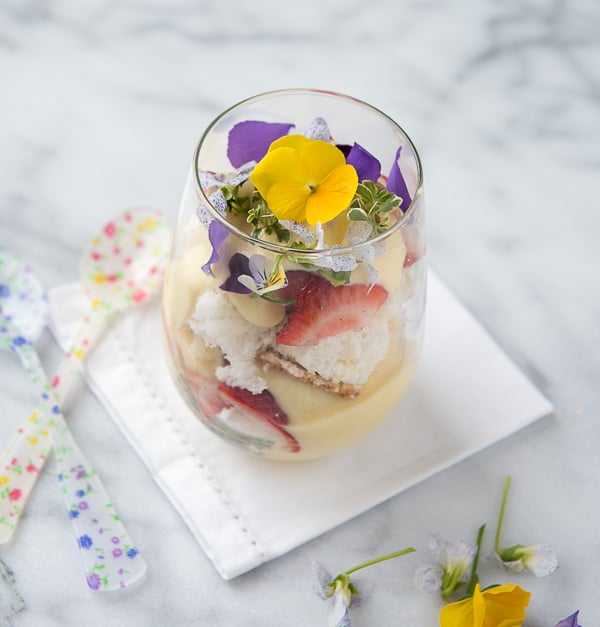 I endeavored to make dark chocolate pudding as few years ago and I fell in love. Thick, creamy, rich with a serious depth of flavor. Made with a custard base, it had a few steps involved but is worth it. I went on to make cinnamon pudding (to die for, seriously) and pumpkin pudding for fall desserts. I have not made it in some time so I finally gave in to the constant not-so-subtle mentions of pudding; sort of. 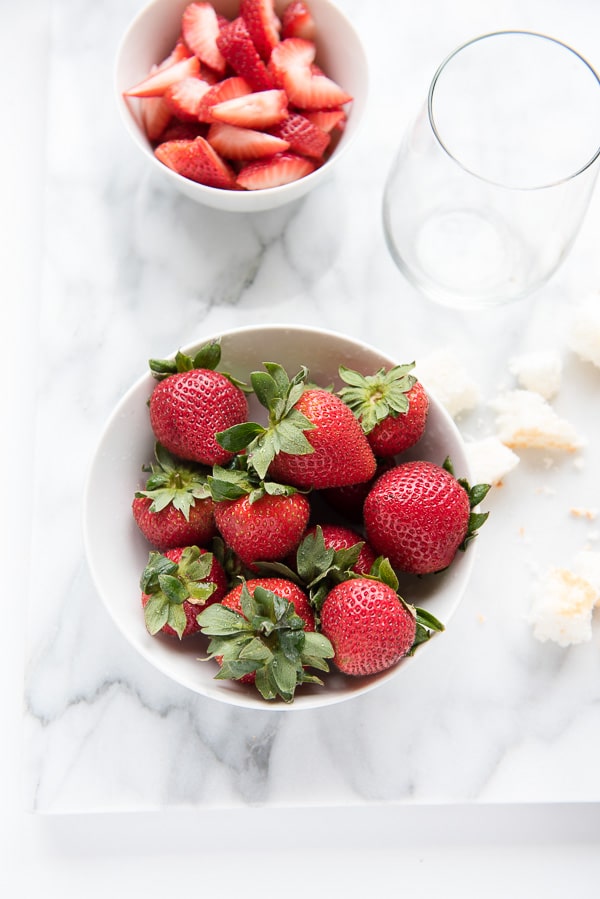 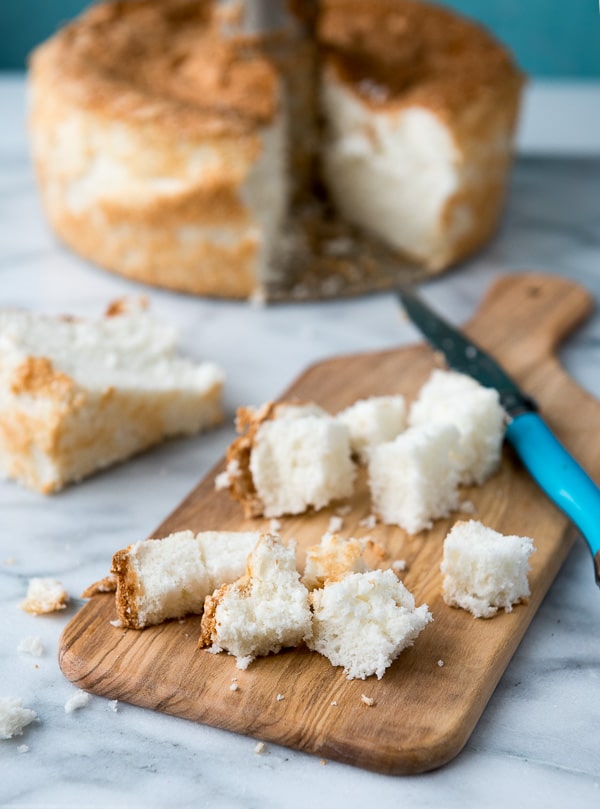 It’s spring and though for us it has been a cold, dreary, rainy spring weekend, I love it. It reminds me of the years I lived in Northern California where rain was a mainstay. My yard is parched and we tend not to turn on our sprinklers until May since we still could get a big dump of snow before Mother Nature shoves winter out of the warm season’s path. Back to the pudding, I was amenable, sort of, but wanted it to be springy and paired with something else. 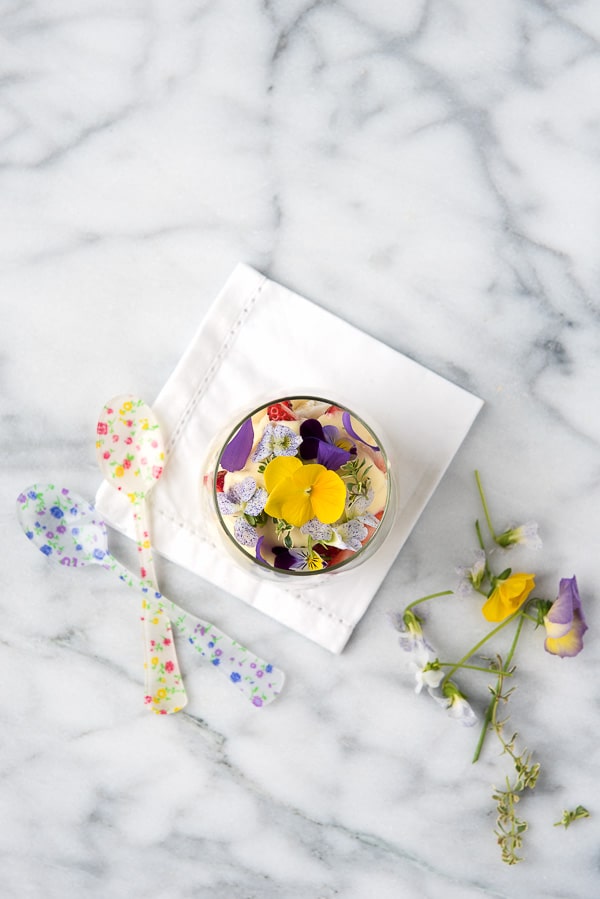 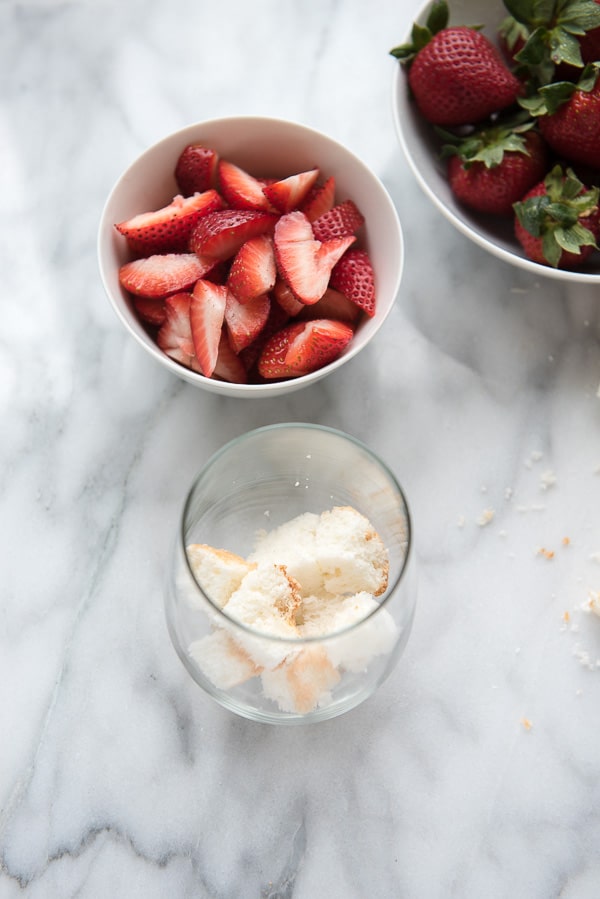 I began to think of my favorite childhood dessert, a Lemon Custard with Pillow (Meringue) top. One batter is poured into custard cups and separates while cooling to make a true creamy lemon custard and a lofty, billowy top. I actually made it as one of my first Boulder Locavore recipes. Back then the narrative was sparse and the photos not so great but it’s a wonderful recipe. 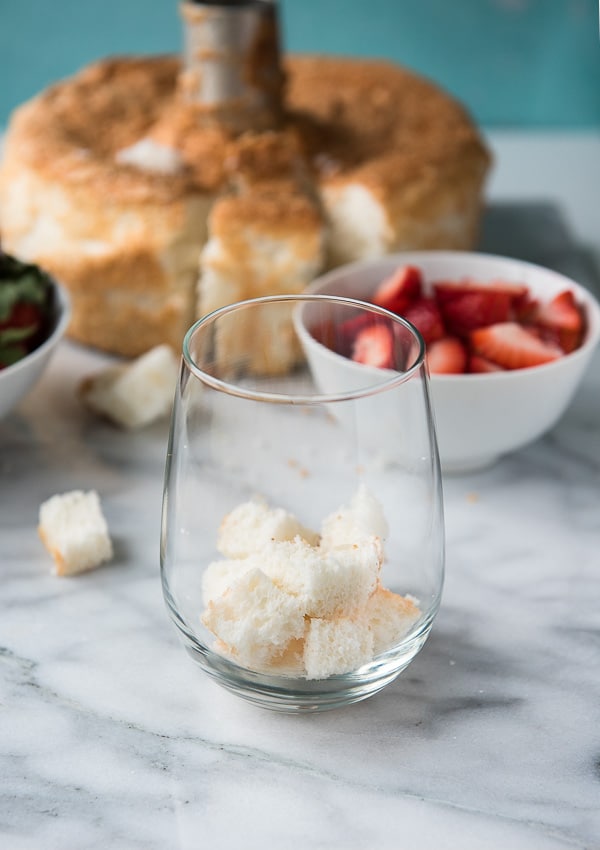 As an ode to that dreamy dessert, I’ve sharing today a Strawberry Lemon Custard Trifle. It’s light and luscious. I found juicy, ruby-red, plump organic strawberries at the store and bought 3 containers worth. Simple Angel Food cake, store bought or from your favorite mix or recipe, is a light compliment along with a homemade Lemon Custard Sauce. It is a thick sauce but doesn’t set firmly like pudding. 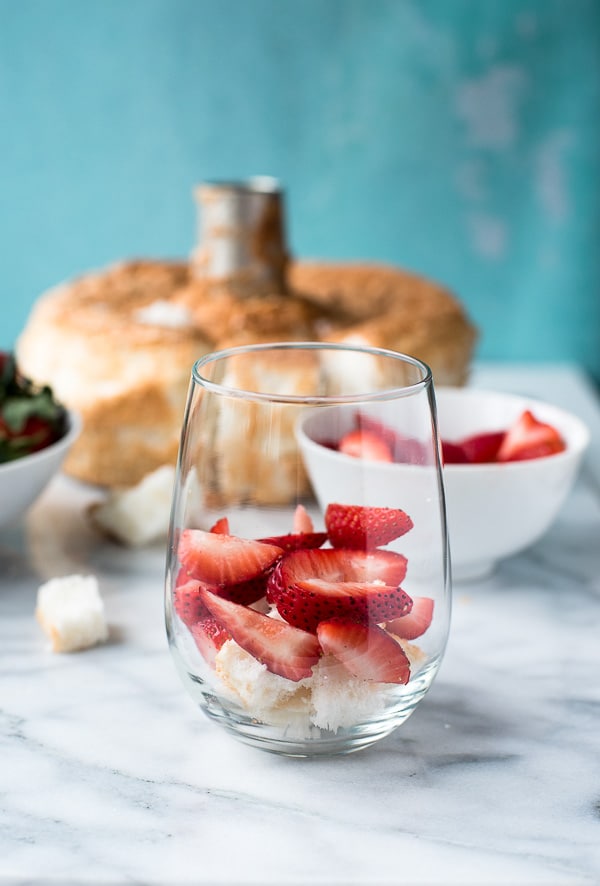 To top it off, the top is adorned with edible flowers. I have violets in my garden at this time of year and also grow Johnny Jump Ups (miniature pansies) and pansies, along with lots of Lemon Thyme which is a beautiful variegated bright green and white tasting like lemon and thyme. Fortunately most grocery stores carry a great variety of herbs and edible flowers. One should only use flowers intended for edible purposes, or edible varieties grown personally which are guaranteed to be organic without any chemicals applied. 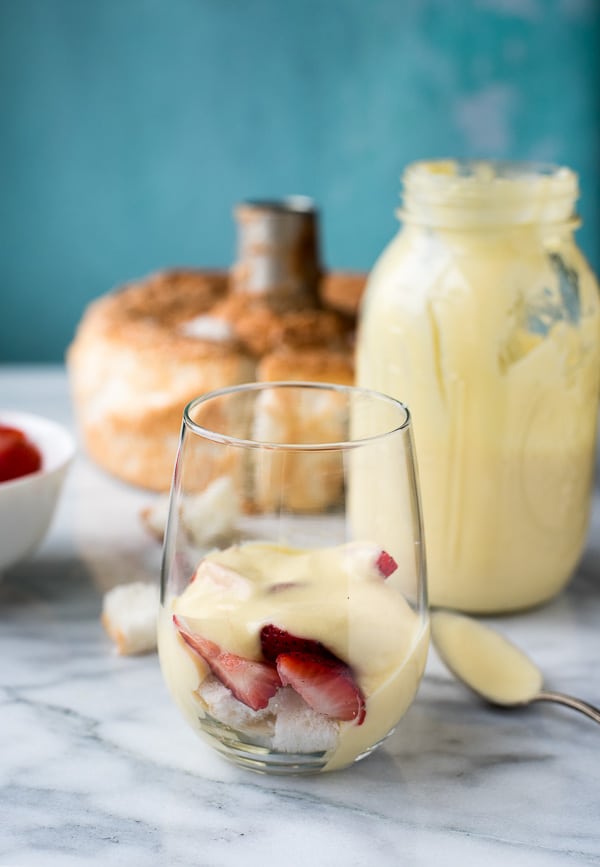 Though this little dessert ended being more than ‘pudding’ it gets the big thumbs up. Light and fresh, and a bit decadent at the same time. Very easy to assemble and sure to make any meal feel like an occasion. 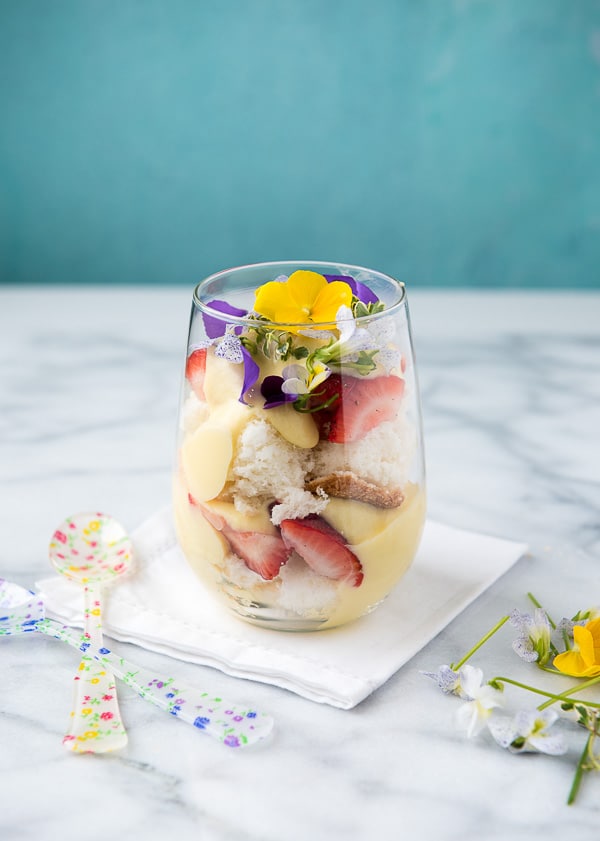 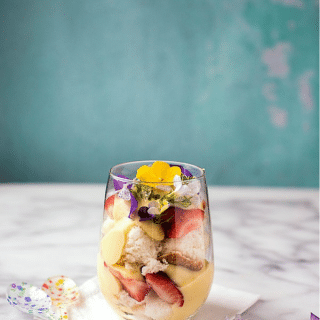 Ingredients for the Lemon Custard Sauce:

To Assemble the Trifles: