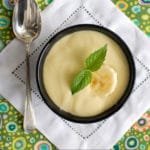 Homemade Banana Pudding tastes like buttery caramelized bananas with the texture of silk! This pudding from scratch will become a decadent favorite! 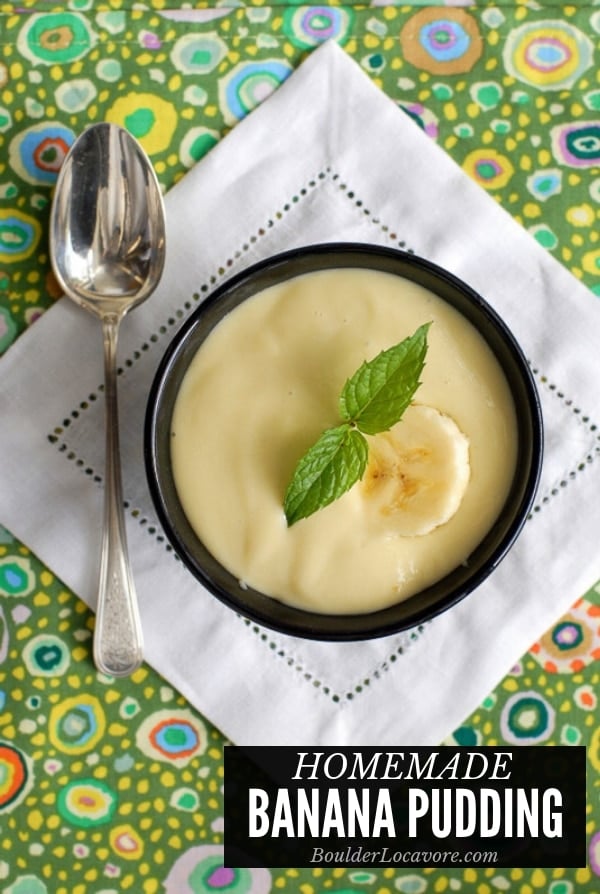 Usually we are all looking for fabulous recipes that are quick, easy and convenient. I am at least.

But sometimes taking extra time to make a recipe from scratch truly makes all the difference in the world.

Such is the case with this luxurious Banana Pudding recipe.

If you’ve only had pudding from a box mix, your life is about to change!

To be clear, this is a recipe for actual banana pudding; not a banana pudding dessert which includes vanilla wafers and whipped cream.

HOWEVER, it sure would be good in that too!

Banana pudding from scratch is a rich dessert with a texture of silk.

The banana flavor is caramelized and authentic; buttery, very much like that of Bananas Foster.

It’s delicious on its own and perfect for recipes calling for banana pudding.

What’s ‘So Special’ about this Banana Pudding Recipe?

If that list doesn’t win you over, nothing will. 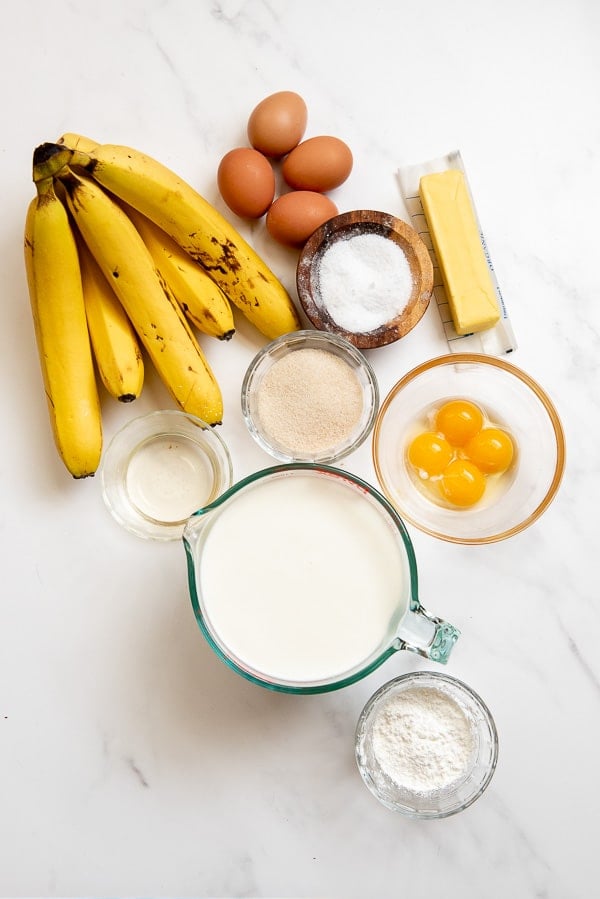 The ingredients in the banana pudding recipe are ordinary ingredients you may have in your kitchen now!

What Gives Banana Pudding Its Color?

Homemade Banana Pudding can be drab in color or even look a bit green’ish. That is from the actual bananas.

Once the egg yolks and butter are added you’ll notice it becoming more yellow (see the process photos below).

TIP: if the Homemade Banana Pudding doesn’t have an end color you love, add whipped cream and banana slices to top it!

My first experience with roasting bananas was through this banana pudding recipe and I’ve never looked back. 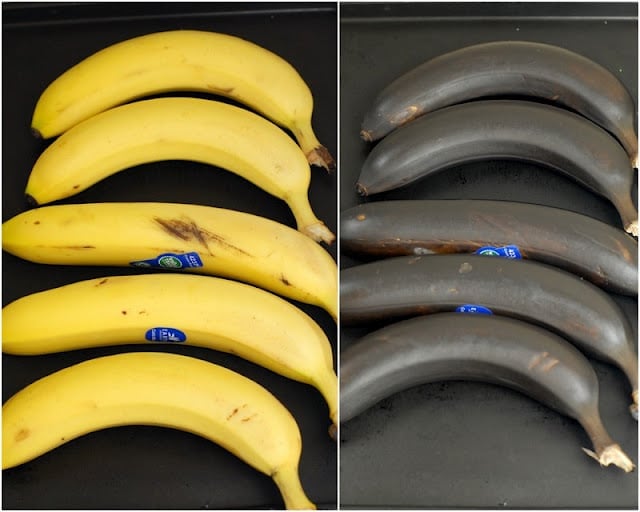 Left: bananas before roasting. Right: bananas after roasting at 350 degrees for 12 minutes.

Once roasted, allow the bananas to cool long enough to peel.

If you are in a time pinch, or want to streamline the banana milk portion of the recipe, ripe bananas also may be used.

What is an Ice Bath?

This recipe uses an ‘ice bath’, a technique common in custard making for ice cream.

Once a hot custard or pudding is ready to be chilled, it is strained through a fine-mesh strainer, into a bowl set on top of ice.

Using an ice bath creates a quick chill which will stop the cooking of egg-based custards before chilling them for a longer time. 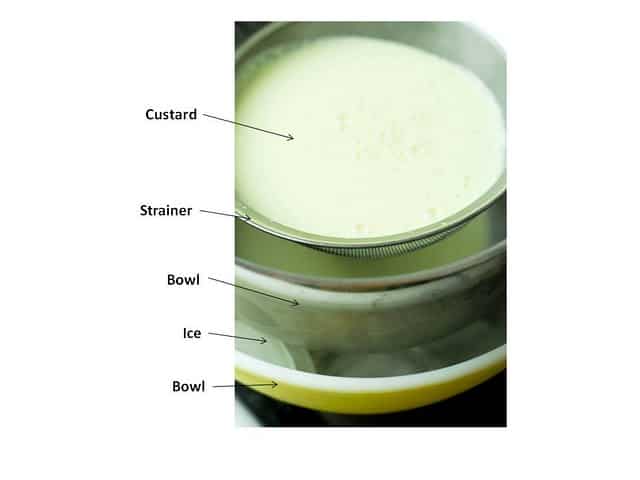 How to Make Banana Pudding

The banana pudding recipe is made in two main parts:

Though it can all be done in one day, it’s easiest to make the banana milk the day prior to making the pudding.

The banana milk can also be made early in the day so it chills fully before making the banana pudding.

For recipe specifics, please check the recipe card at the bottom of the post. 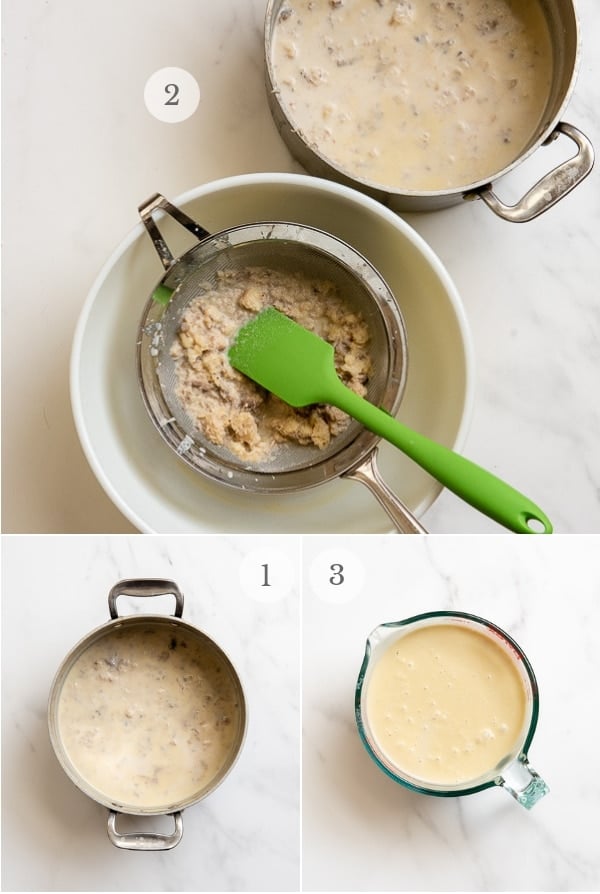 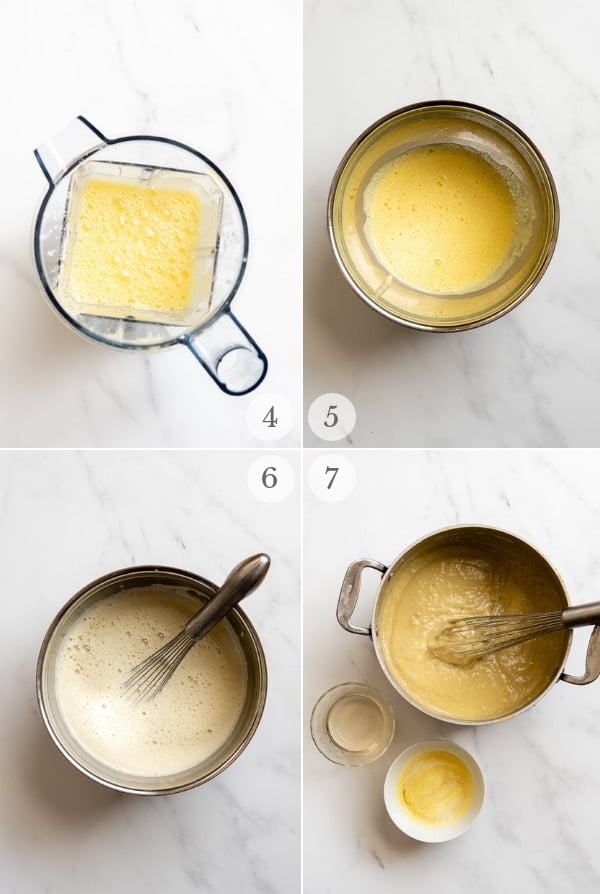 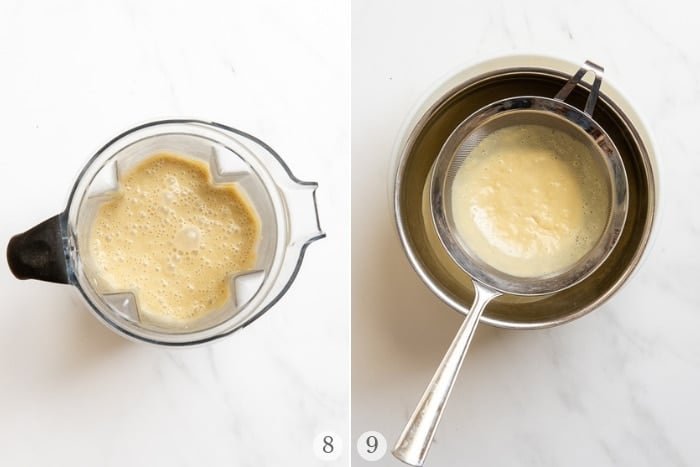 Tip for Tempering the Eggs

‘Tempering eggs’ is a method of adding a hot liquid to uncooked eggs.

When adding a hot liquid to eggs, the liquid needs to be added very slowly or the eggs will scramble!

I found an easy way to temper the eggs in the banana pudding is to use a soup ladle and slowly drizzle the hot liquid into the eggs while whisking constantly with the other hand.

I was originally provided this recipe from one of my favorite local chefs, James Beard Award Winner Chef Alex Seidel.

‘Top Chef’ viewers will have seen him and his Fruition farm featured on the TV show’s Colorado season.

We crossed paths at a culinary festival years ago and he gave me this recipe to share with my readers.

I have adapted the original recipe to be home-chef friendly!

Check out his Thai-Style Octupus Ceviche recipe too! 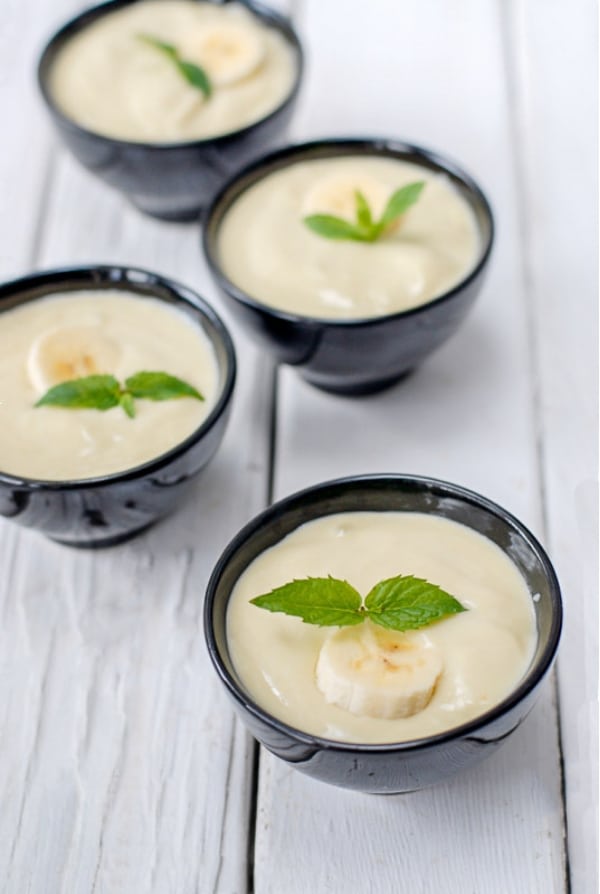 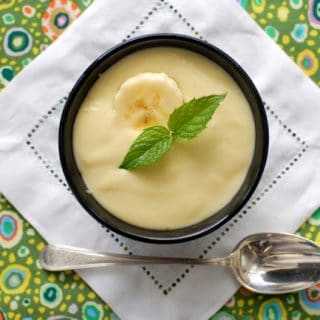 How to Roast Bananas (optional)

Select ripe bananas (not under ripe green bananas or over ripe black or spotty bananas) *Tip: use a soup ladle to slowly drizzle the hot liquid into the egg mixture while whisking with the other hand so the eggs do not cook.