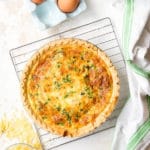 Classic Quiche Lorraine is a timeless cheesy bacon quiche recipe that is easy to make, perfect for any meal and great all year long! A great brunch dish and for Easter meals! 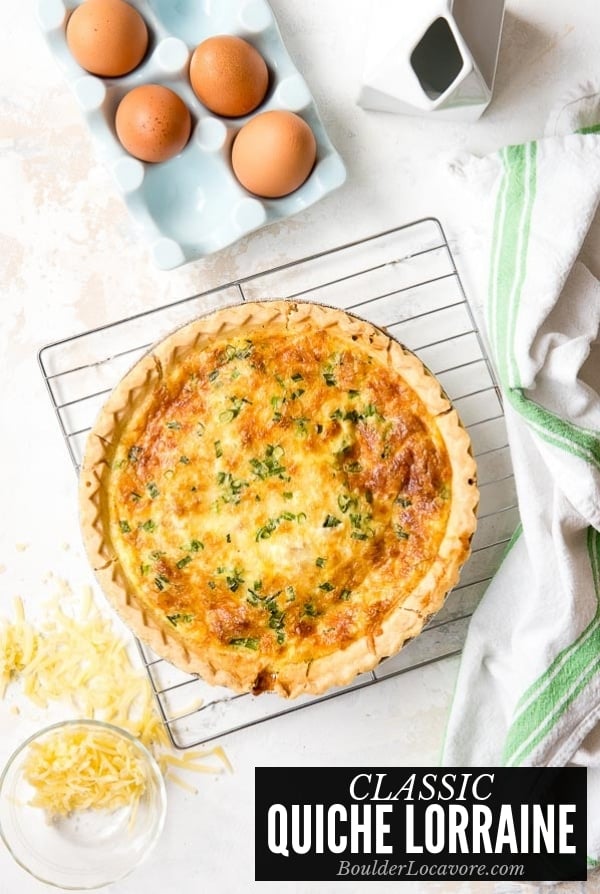 Sometimes a classic recipe is all you need for a fabulous meal and today’s recipe for Quiche Lorraine is one of those.

A simple, cheesy bacon quiche that is packed with flavor and so easy to make!

Perfect for any meal of the day: brunch, lunch or dinner too.

Quiche was one of the first things I learned to cook when I began living on my own in college.

It seemed so sophisticated. I loved that you could make it for any meal and it was perfect.

What I didn’t really understand then, that I know now, is that it’s very hard to mess it up.

It’s also very EASY to change it up and swap in favorite seasonal ingredients and seasonings.

What is the difference between quiche and Quiche Lorraine?

Whether you recall the vogue of quiche in the 1970’s and 1980’s, or maybe the reference in the B-52’s songof the same name (though that was about a poodle), there is no separating the identity of quiche in general with the classic Quiche Lorraine.

Originally invented in Germany, like other quiches it’s a savory custard pie.

It is a bacon quiche, filled with Gruyere cheese, along with eggs, milk or cream, spices and onion.

It’s a flavor-packed recipe and for those more iffy about eggs, it does not taste ‘eggy’.

One of the key things that makes a quiche delicious is the consistency of the crust.

You’ve undoubtedly had a soggy crusted quiche at a brunch buffet.

That is because the crust was not ‘blind baked’ before filling it and baking it. 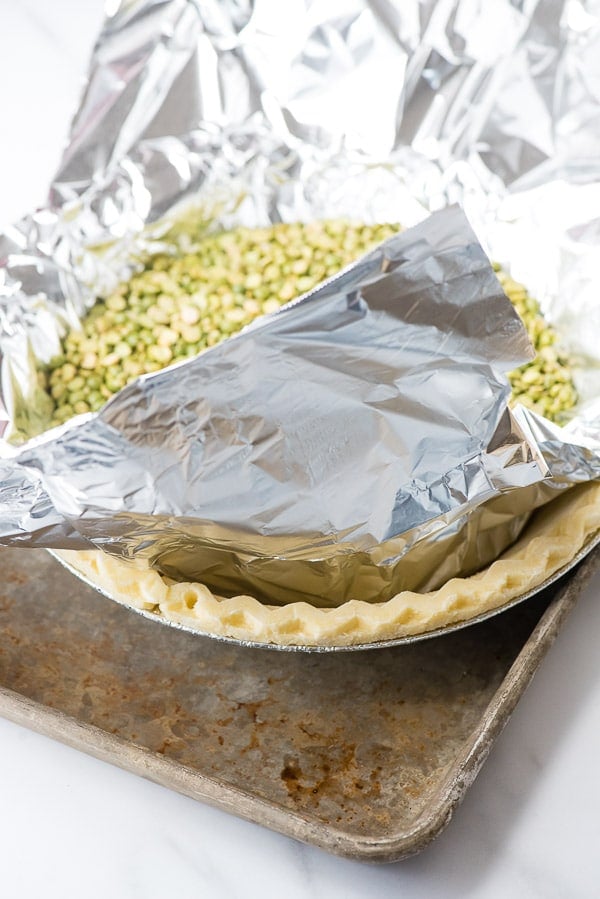 ‘Blind Baking’ means the same thing as pre-baking. You don’t have to do it blindfolded (lol).

Once the pie crust is in a pie plate it is lined with foil (with enough sticking out on the sides that the contents can be lifted out safely mid baking), filled withpie weightsor dried beans, and partially baked.

The weighted filling and foil are then lifted out, the pie crust pierced with fork tines (to keep it from puffing up) and baked longer.

Then it’s filled and finally baked to make a delicious quiche.

And it can be done with a frozen prepared pie crust right out of the freezer! 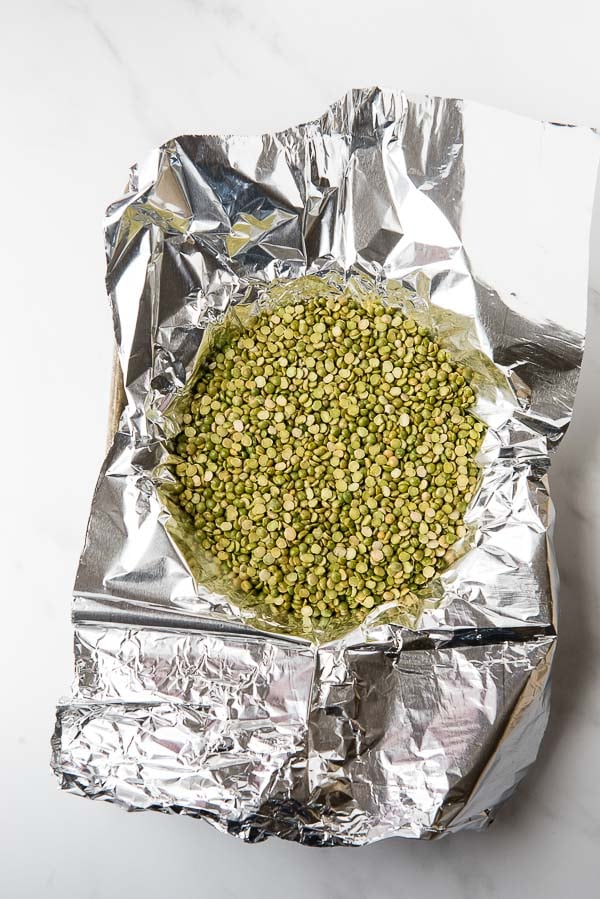 The recipe I’m sharing today is made with a frozen pie crust.

I used a frozen gluten-free crust (Whole Foods Gluten-Free Bakehouse to be exact) though a traditional frozen gluten crust may also be used.

If you keep frozen pie crusts in your freezer as I do, you can have this recipe on the table in a little over an hour. 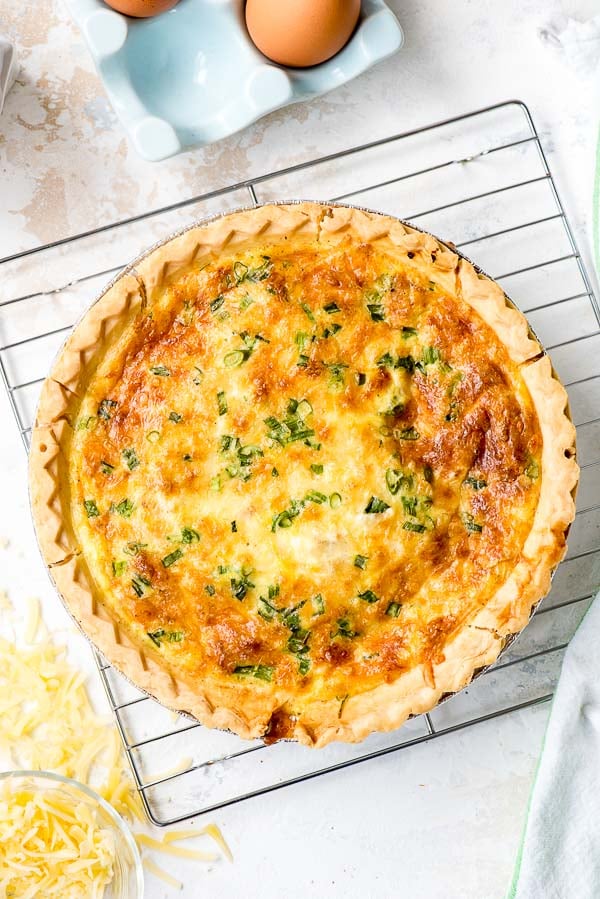 How to Make Quiche Lorraine using a Frozen Pie Crust – Step by Step:

Find the detailed printable instructions in the recipe card at the bottom of the post below. 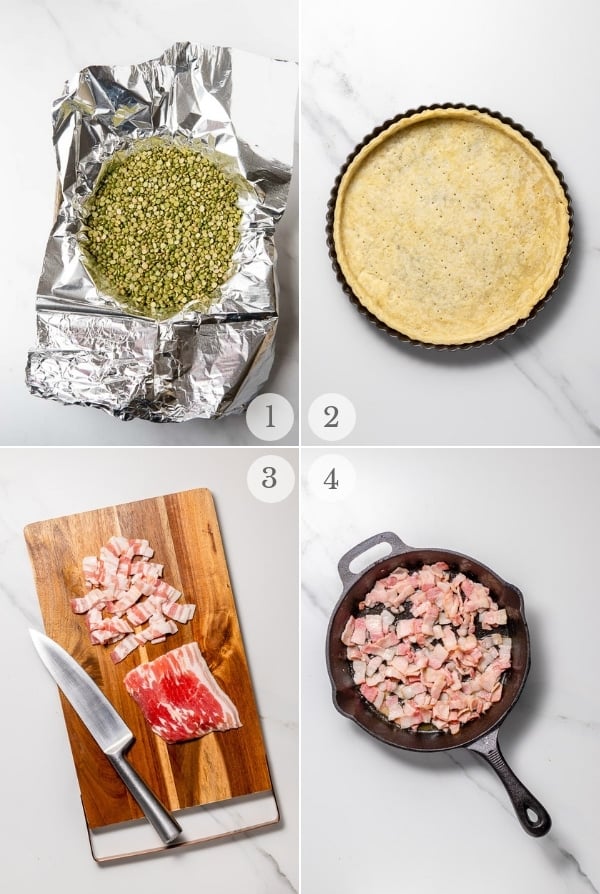 Place all the bacon into a large preferably non-stick skillet and as it cooks it will separate into individual pieces. (photo 3) 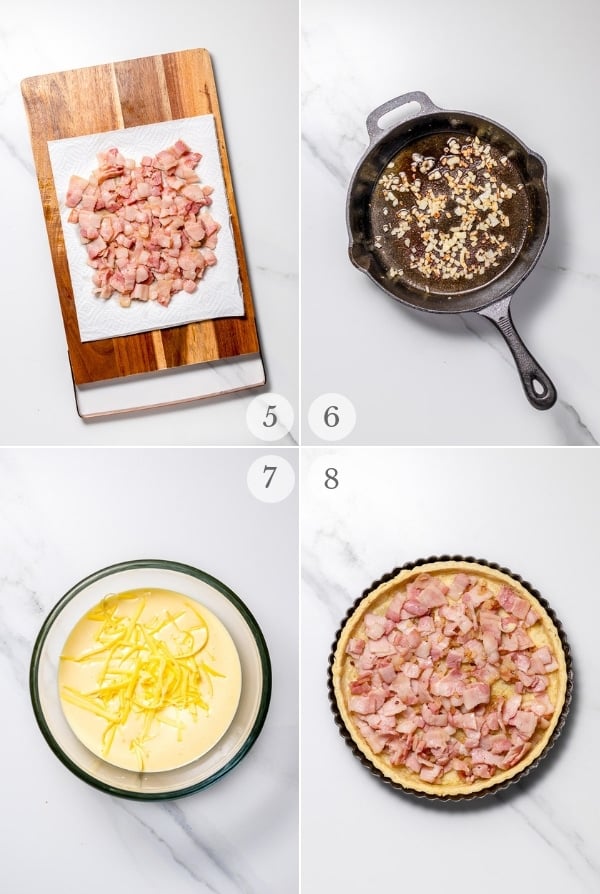 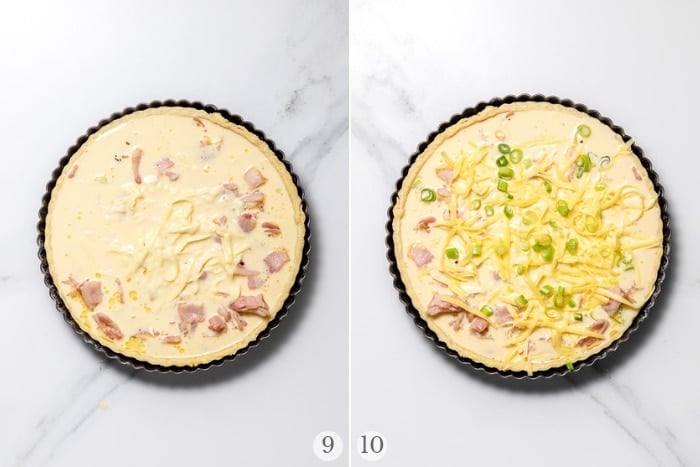 Serve warm or chilled for a later meal.

The flavor is the best served warm or at room temperature.

Using a from Scratch Pie Crust

My absolute favorite pie crust recipe is an All Butter Crust.

If desired it may be used instead of a frozen crust.

What’s the best Cheese to use in Quiche?

Gruyere cheese (a type of Swiss cheese) is used in this recipe as a classic ingredient.

It’s a sweet, slightly salty cheese that is known for its signature flavor that doesn’t take over the entire flavor of the quiche.

It melts very well too for a creamy result.

Cheddar cheese is also a popular choice for quiche depending on the other ingredients.

What can I substitute for Milk in Quiche?

For the best results use whole milk, Half and Half, cream or a mix of two of these.

Can I Make it Crustless?

As delicious as a traditional recipe is, an alternative is to make a Crustless Quiche. Super easy, fast and delicious too! 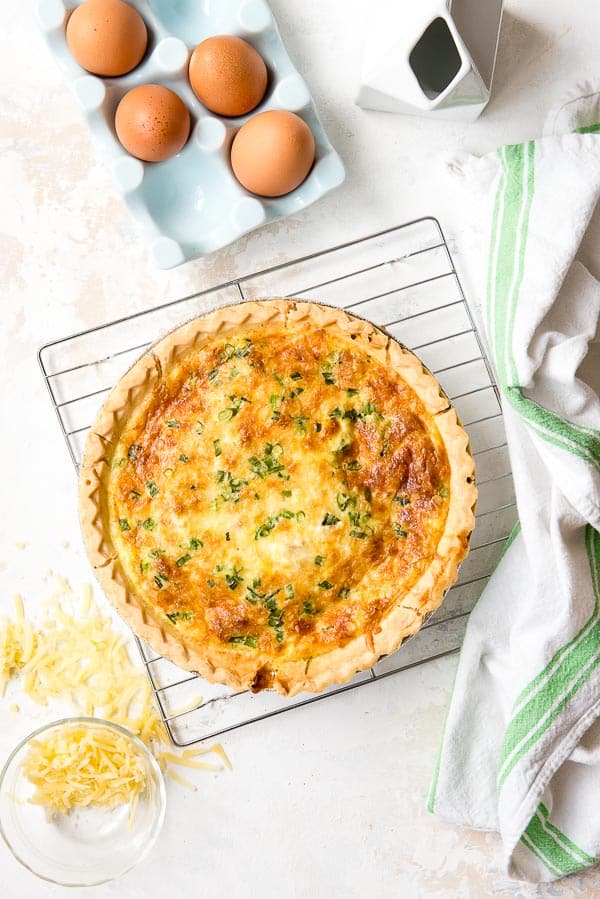 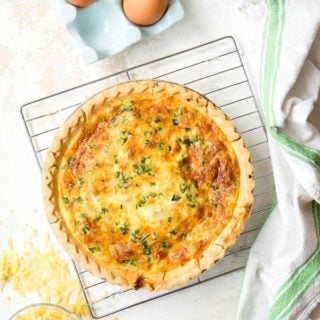 My all time favorite pie crust recipe is Butter Pie Crust. It's very easy to make (this from someone who has struggled with pie crust), flexible and creates a delicious flaky crust every time.

« Easter Egg Decorating: Ideas You Would Never Think to Try
Easter Cake with a Surprise Inside (a box mix hack) »