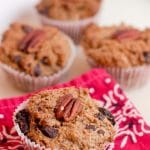 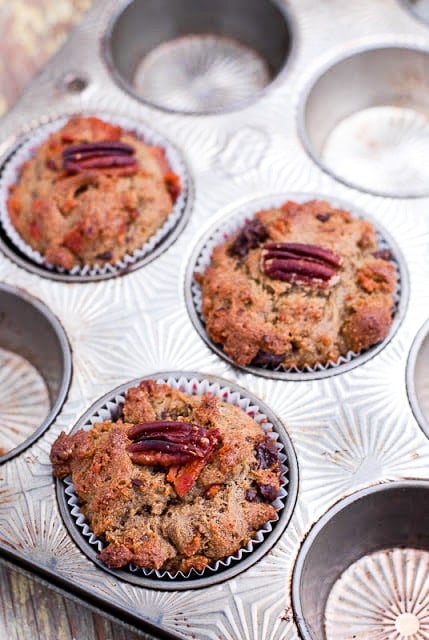 I don’t know about you but I feel like I’ve been freezing for weeks now! I spend the days in my home office with the fire on full blast and with my trusty companion Lola snoring like a drunk sailor two inches from it. Normally a barefooter indoors, I am wearing wool clogs or Ugg boots constantly.

I’m craving anything that can be made in a slow cooker, spicy foods and hearty dishes. Salads and fruit? I’ll meet you again when the mercury tops 40 degrees! In the meantime Bacon Mesquite Chilies-and-Cherries Chocolate Muffins are in high rotation.

About 8 years ago, I discovered mesquite flour. Originally I found a gluten-free pancake mix using it that was carried locally, made by a small boutique company that eventually went out of business. I had loved the pancakes mainly for the campfire’ish flavor courtesy of the mesquite flour.

Though I did not make the pancake mix often, when it was no longer available I seemed to constantly crave it (isn’t that how it always goes?) and eventually created my own recipe (Mesquite Blue Corn Blueberry Pancakes) which gave me my mesquite fix when I wanted it.

What is Mesquite Flour?

Following publication of the mesquite pancakes recipe, I received many emails from people wanting to know more about mesquite flour. Mesquite trees grow in desert regions and in the southwest United States (Texas, New Mexico, Arizona), and are viewed largely as weeds.

Mesquite has historically been a big part of the Native American diet. It’s packed with vegetable protein and key vitamins and minerals like calcium. Mesquite flour is a naturally gluten-free flour and low on the glycemic index, meaning it will not cause blood sugar spiking. Due to its strong, smoky flavor, mesquite flour can be used traditionally as a flour or as a spice.

The distinct flavor (think ‘campfire smoke laced with cinnamon’) provides only a small amount, an 1/8th to 1/4 of the flour in a recipe, is best to enjoy the taste and not be overpowered. 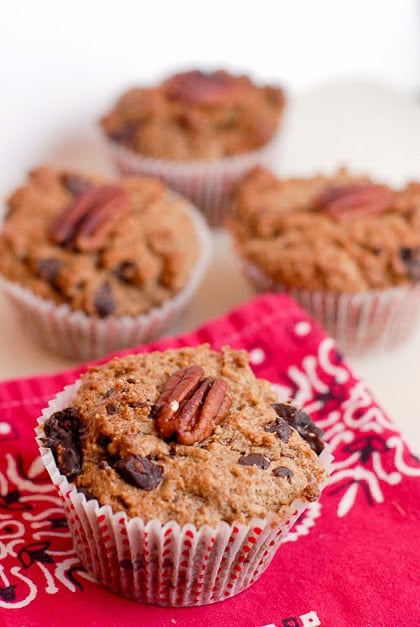 Loving the unique flavor I wanted to develop another recipe using mesquite flour. The idea of chocolate muffins sprang to mind, but not any ordinary chocolate muffins. I wanted something with equally bold, attention-grabbing flavors.

I love to mix opposing flavors too; something sweet, salty and spicy seemed just the answer to the smoky mesquite. Shortly after making these, a friend made a batch and said ‘these really should be called Cowboy Muffins‘, and she’s right, the name is completely fitting.

You feel like you are in the great outdoors taking a bite of these bold chocolate muffins. Sitting on a log by an early morning fire, bundled up, enjoying the taste of bacon, dark chocolate, cherries and chilies in a smoky muffin. A good, strong cup of coffee and a chill in the air is all that is needed to go along with them. I feel the same eating them in my freezing house these days too!

Where to Buy Mesquite Flour

Mesquite flour is not usually readily available at mainstream stores however you can check at stores more fully stocked with unique flours. Amazon.com carries a number of brands of mesquite flour, as may other online grocery retailers.

A Chilies-and-Cherries Surprise in these Chocolate Muffins! 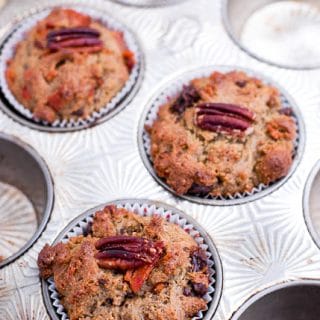