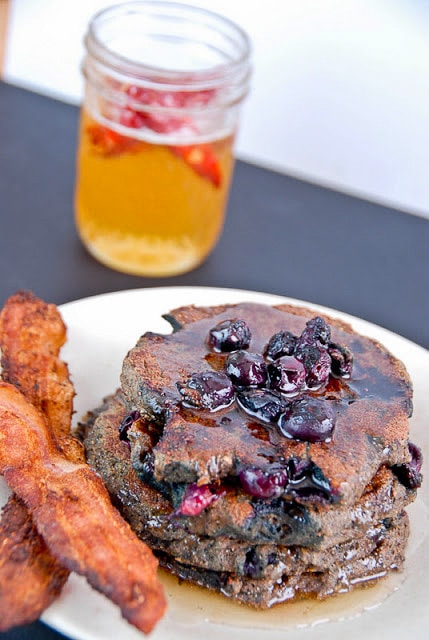 A few years back when I was getting up to speed on gluten free substitutions I used a number of mixes. It was a bit overwhelming at first to identify all the potential and actual sources of gluten, and it seemed the most safe to let someone else do the thinking while I was researching like a fiend.

I came upon a small line of local gluten free baking mixes in eye-catching red fold over pouches by the name of the Ruby Range. The front label featured a vintage red range that I found charming and compelling. I tried several of the mixes and they were all good.

I once happened upon the originator for the company totally by accident. I was in Estes Park, a small quirky vacation town at the gateway to Rocky Mountain National Park. I’d stopped at a small café for coffee, began to speak with the owner and it was her mother who developed and sold the mixes. She happened to be there as it was Mother’s Day. For business reasons she had shifted production from being local to the Midwest and the mixes were only now available online. I looked them up online to buy once or twice but candidly the cost of the mix (around $7) plus shipping was prohibitive. When last checking it seems the company is no longer in business. 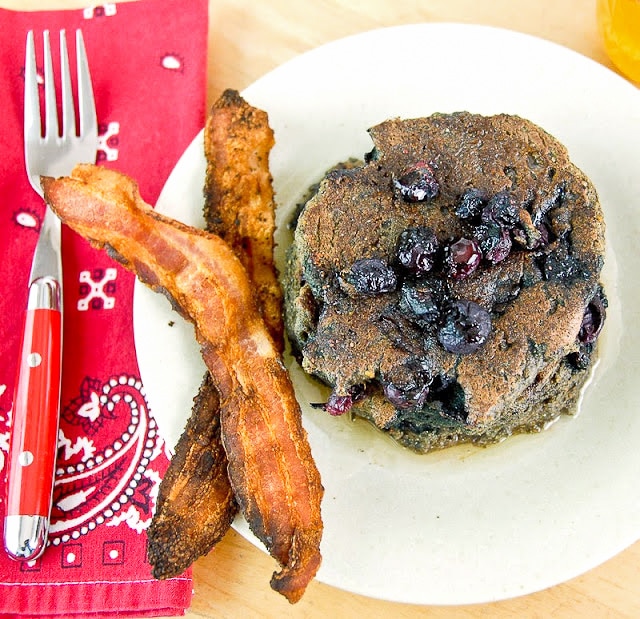 There was one mix she made that I loved, not as a mainstay, but I would crave it from time to time. Mesquite Pancake mix. You may think of mesquite related to wood for barbecuing; that is the same beast. Flour made from mesquite is made from pods of the mesquite tree which grows in the desert. It is a very high protein flour as well as low on the glycemic index meaning it will keep your blood sugar even rather than making it spike then crash as with some foods. Native Americans have been using it forever and it is also indigenous to South America.

Though I had no hopes of replicating the Ruby Range mix perfectly I decided I had to try to make something similar, loving the smoky cinnamon taste of the mesquite so much. It does have a distinct flavor and a little goes a long way. 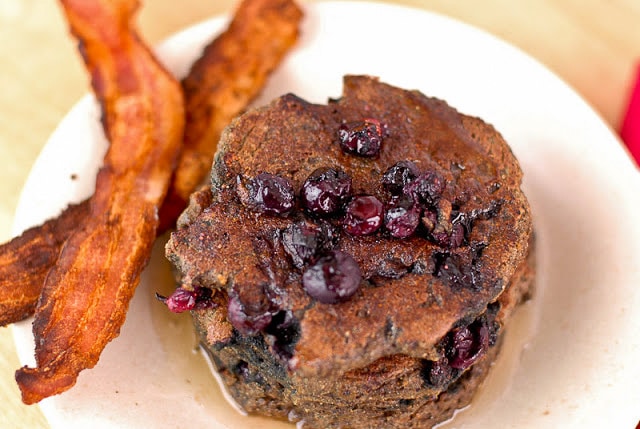 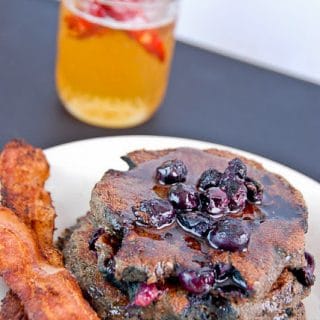 Mesquite meal adds a unique, Southwestern 'sitting by a campfire' flavor to recipes. A little goes a long way so only a small amount is needed to create these special pancakes. The end pancakes are big and fluffly. Should you prefer a thinner, more traditional pancake, add more milk to the batter to thin it out. This unique flour blend really makes the pancakes however for a short cut, add the mesquite flour to 3/4 cup plus 2 tablespoons of your favorite gluten-free flour blend instead.
5 from 1 vote
Print Save Recipe Recipe Saved! Pin Rate
Course: Breakfast
Cuisine: American
Keyword: blueberry pancakes, mesquite pancakes
Prep Time: 15 minutes
Cook Time: 10 minutes
Total Time: 25 minutes
Servings: 6 -7 pancakes
Calories: 135kcal
Author: Toni Dash