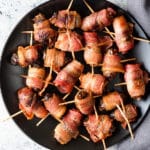 Devils on Horseback is an easy three-ingredient hot appetizer that is a classic and perfect for any occasion! 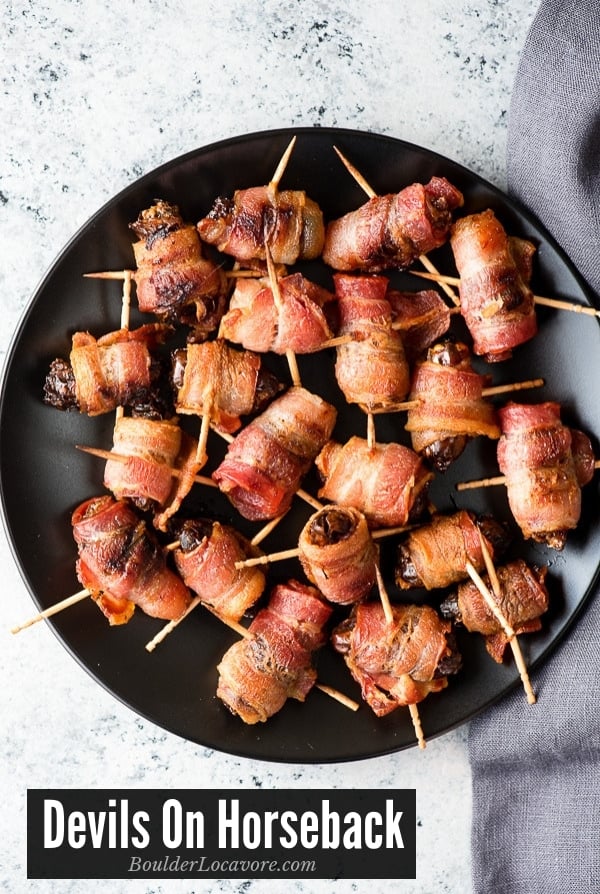 Appetizers are in demand all year long and today’s recipe never goes out of style: Devils on Horseback.

This easy, smoky, salty, sweet appetizer hails from the U.K. as an old school classic.

It has many versions but this Devils on Horseback recipe stays close the original and with delicious reason!

What Is Devils on Horseback?

I did a deep dive on the background of Devils on Horseback, so intrigued by the name.

My version is close to the original with one swap out.

This United Kingdom appetizer is made with prunes stuffed with smoked almonds, wrapped in bacon and cooked.

Ingredients in this Devils on Horseback recipe

I swapped prunes for soft, sweet chewy dates but held fast to the smoked almonds and bacon wrapping. 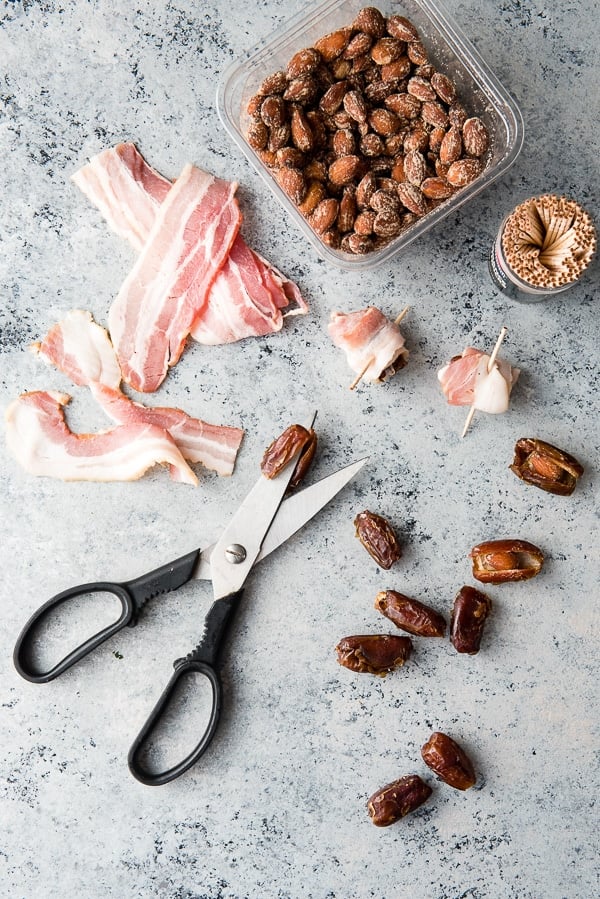 Tasting Notes on Devils on Horseback

When cooked, the bacon becomes chewy, with a smoky, salty flavor that compliments the sweet dates.

The almond, which one might imagine would add too much smoky flavor, softens when cooking; adding a different type of flavor and still delivering a little crunch.

Why Are they Called Devils on Horseback?

I could not ever find the origination of the appetizer’s name however there are many versions of it.

Its twin appetizer, Angels on Horseback, is made with an oyster in the middle, wrapped with a prune and bacon.

Some versions of Devils on Horseback soak the prunes in liqueur of some sort before assembling and cooking. 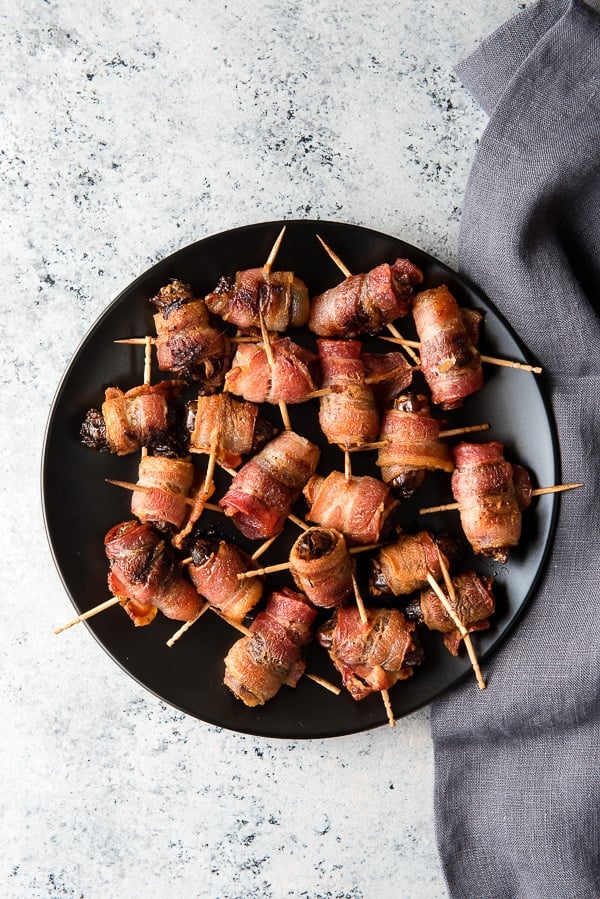 Many current popular versions include strong cheeses, blue cheese or Stilton, which I’m sure are also delicious however not everyone loves those cheeses (and they take extra care to cook them successfully).

I contacted a British friend in England (you met them before here thanks to a guest post explaining Boxing Day, a holiday most Yanks don’t understand at all) for the real scoop.

My friend Sue makes them with a prune (but did say some use dates), an almond in the middle wrapped with ‘streaky bacon’. 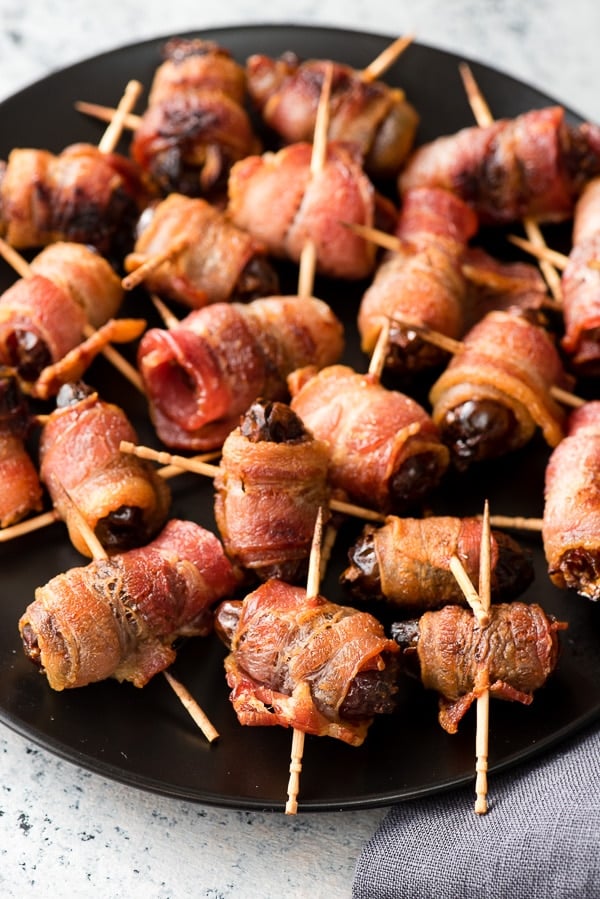 Why Make Devils on Horseback

I feel convinced Devils on Horseback is a delicious and a fun addition to any appetizer platter.

This Devils on Horseback recipe is easy to make with only three ingredients. It is a sweet, smoky and salty appetizer served hot out of the oven.

Cooking Tip for Devils on Horseback

As with similar recipes like Bacon Wrapped Chicken Poppers, I recommend cooking Devils on Horseback on a baking/cooling rack in a rimmed baking sheet.

This allows good air circulation for better uniform cooking and for the fat from the bacon to drip into the pan below.

If you’ve made this Devils on Horseback recipe please RATE THE RECIPE below!

How to Make Devils on Horseback – Step-by-Step: 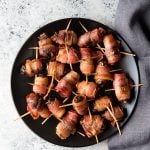 This classic appetizer combines sweet and salty flavors for a fantastic bite!