Home » Recipes » Cocktails » The Zombie Cocktail: A Tropical Vacation in a Glass! 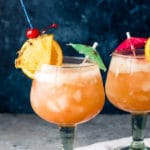 The Zombie cocktail is a party in a glass. Loads of fruit juices and rum put the ‘happy’ in Happy Hour with this classic cocktail. 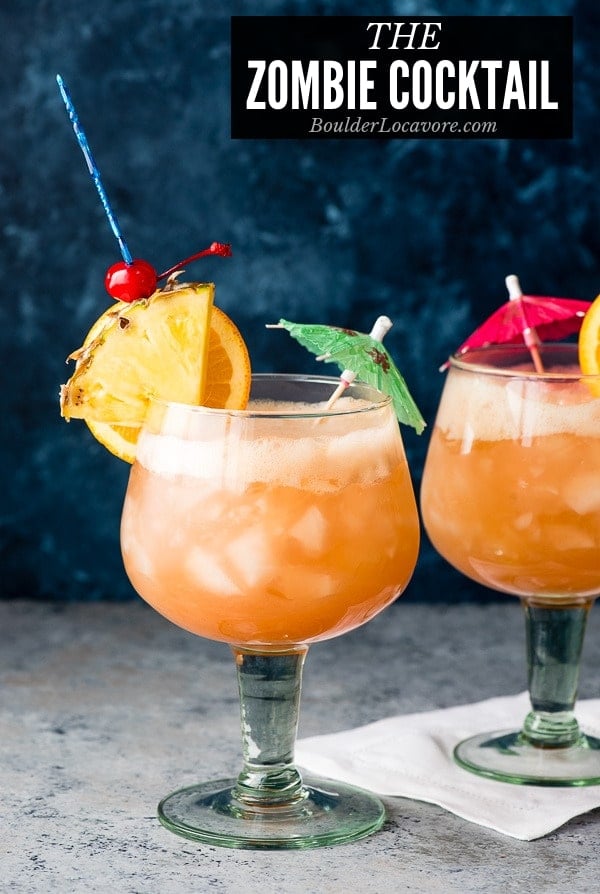 This post intended for those of alcohol-purchasing age only; please always drink responsibly!

Fruity umbrella drinks are always the sign of a party. The Zombie Cocktail is no exception.

This rum cocktail tastes like a lazy summer day on a tropical beach.

And so much more! 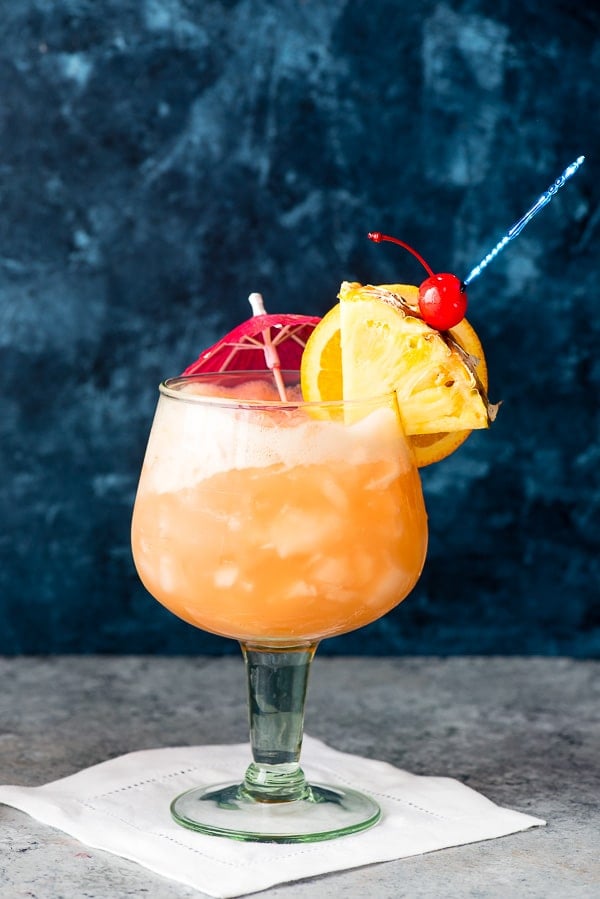 What Is a Zombie Cocktail?

The Zombie Cocktail is an old-school cocktail with multiple fruit juices and types of rum.

I picked up some apricot brandy for the recipe at my local liquor store. An older gentleman working there said ‘Zombies! Wow, I haven’t thought about those in a long time!’

Good reason for that.

History of the Zombie Cocktail

He started the tiki cocktail frenzy that we still love today.

If you had a Zombie Cocktail made by Donn Beach, you probably wouldn’t remember enough to talk about it afterwards.

Originated in the 1930’s, Don referred to the cocktail as ‘the mender of broken dreams’.

However Wikipedia says it’s alternative name is the ‘Skull Crusher’.

The original version had well more than 4 ounces of liquor in one cocktail.

Customers were limited to only 2 cocktails per visit! 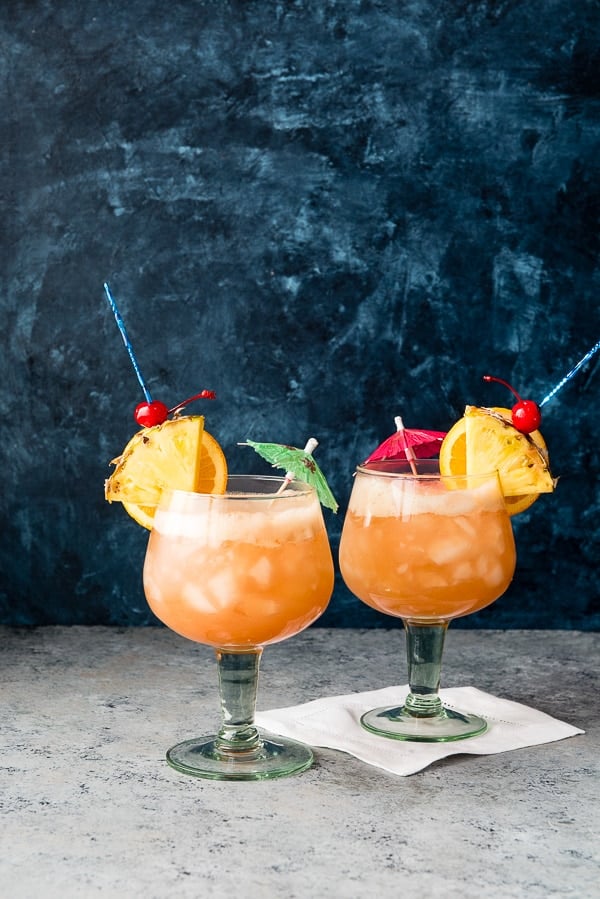 My first impression of the cocktail was that is smells like a tropical vacation.

It has the familiar rum flavor that mixes effortlessly with tropical fruit juices.

This version is lower in booze but still leaves this a ‘drink it at home and no driving afterwards’ cocktail.

The mix of fruit juices and rum really give this a Mai Tai feel and flavor.

Loads of crushed ice makes it very refreshing too.

The Zombie cocktail has more ingredients than most cocktails, but the flavor combination is delicious!

It’s not a lightweight drink, however. Load the Uber app on your phone before sipping! 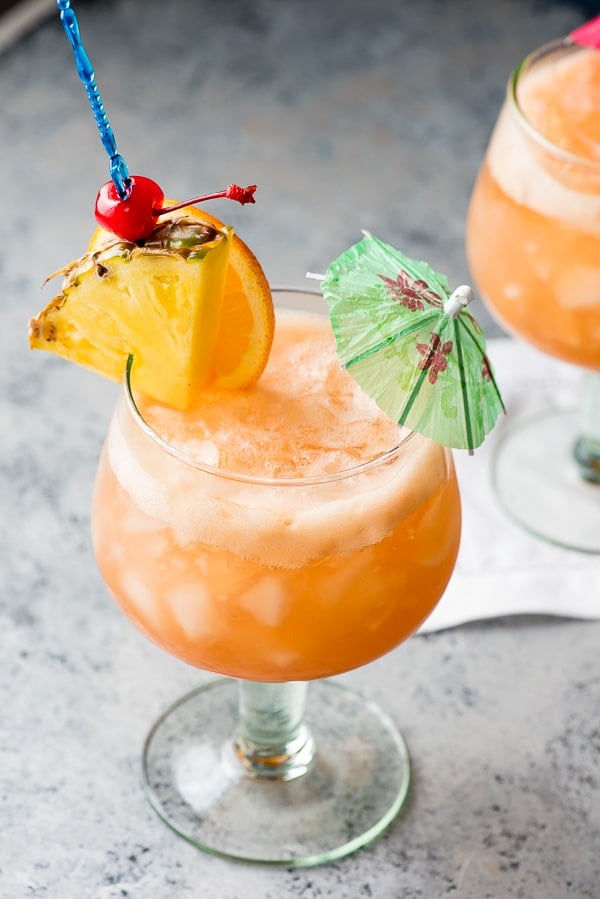 What Type of Rum to Use

The blend of all three give a wonderful flavor.

Difference Between Types of Rum

Light Rum. Also called white rum or silver rum is clear and not aged long. Its light flavor is perfect for baking or lighter rum cocktails like Mojitos.

Gold Rum. Also called amber rum. Its aged in wooden casks giving it the golden color and a sweeter flavor.

Dark Rum. The most aged rum also being stored in wooden casks. It’s color is deep gold and the flavor is sweeter than other rums. Dark rum is commonly found in tiki drinks.

Can the Types of Rum be Substituted?

Though the blend of rums gives the Zombie Cocktail its signature flavor, the type of rum can be substituted.

My recommendation would be to use at least light and dark rum.

If only using one rum, dark rum is my recommendation.

How to Make the Zombie Cocktail – Step by Step

For a detailed printable version of the recipe please refer to the recipe card at the end of the post. 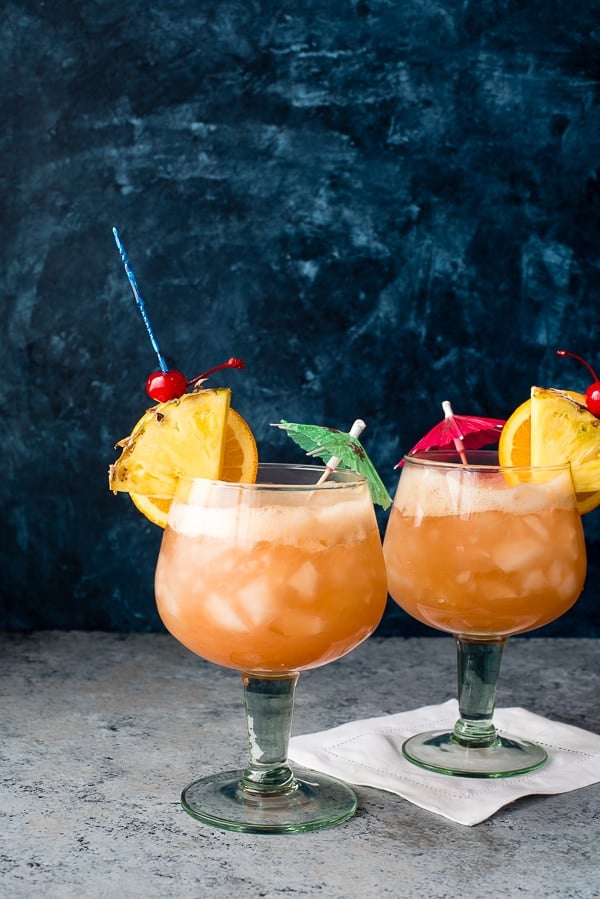 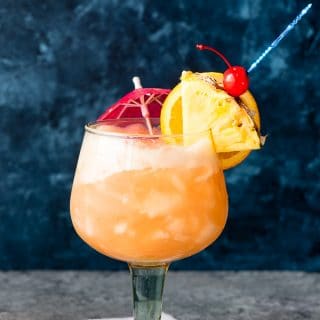