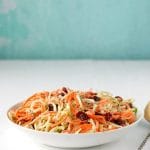 Spiralized Broccoli Stem Carrot Slaw with Dried Cranberries and Sunflower Seeds is a delicious, wholesome salad with a twist. Spiralized sweet broccoli stems are the star along with curly carrots! 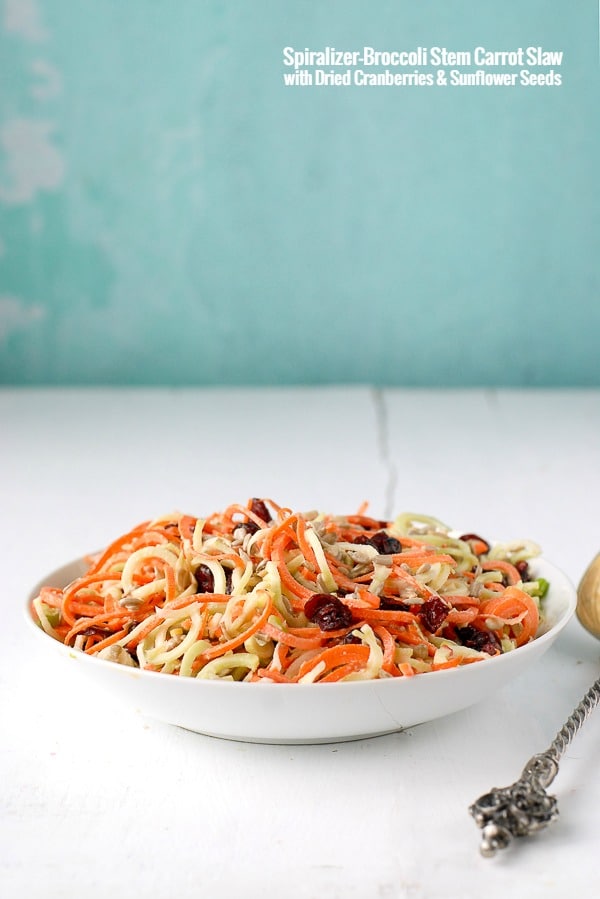 I’ve made no secret of my obsession with my Spiralizer* and creating delicious, fun recipes using it. I’ve challenged myself to use it and create a new recipe at least once a week. I prowl the produce section of the grocery store considering the texture of every fruit and vegetable as my next conquest.

I really don’t love to waste food ever and this week an idea popped to mind that addressed both the Spiralizer quest and ‘no waste’. For the broccoli eaters out there, do you use the stems or only the flowerets when you cook?

When I was learning how to cook in college, stir-frying was in frequent rotation in my kitchen. I would include the often neglected stems as they are sweet and crunchy. However on an average day in the Boulder Locavore home kitchen they get composted for lack of time (e.g. laziness). 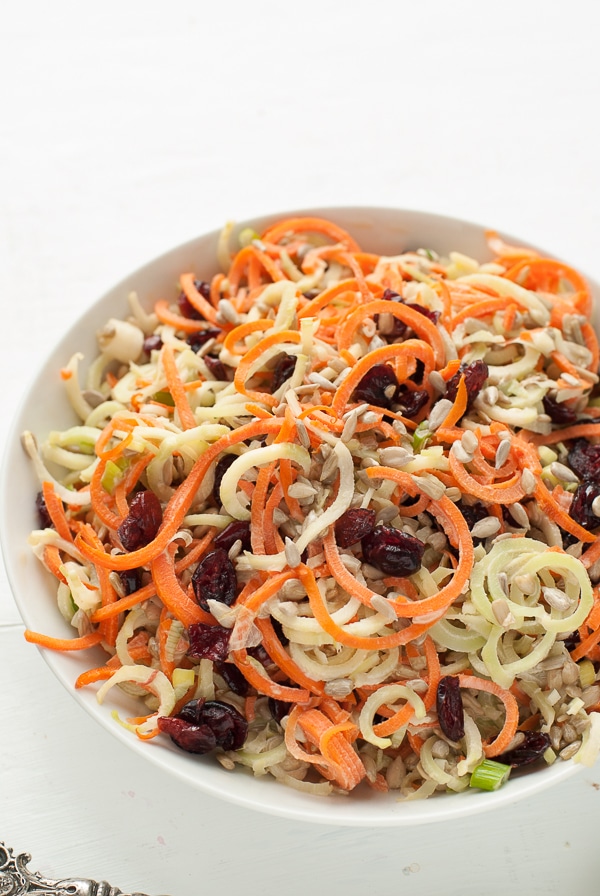 I had an idea of a slaw which included the delicious broccoli stem portion along with carrot, dried cranberries, and sunflower seeds in a luscious but light dressing. I am completely mad for this salad. In fact I just went to have some for lunch and realized my husband took the rest for his lunch; drat, I’m out of luck.

Spiralized broccoli stems have a wonderful crunch and as mentioned have a sweet, light flavor that will make you wonder why it took so long to use them too! 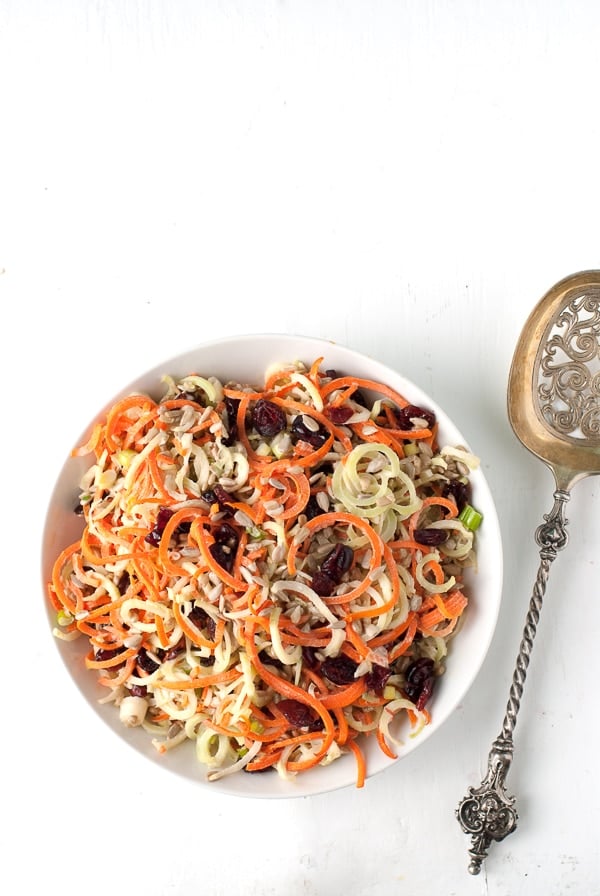 Preparing the broccoli stem to be spiralized is key for success. Cut the stalks into three 2-inch pieces and take off the outer layer with either a vegetable peeler or a sharp paring knife leaving only the light green inner core.

The lower part of the stem can become woody and it’s imperative to remove it before spiralizing or your slaw will taste like bamboo (literally). After removing the outer peel on the bottom of the stalk you may note a tan colored layer which is fibrous. Be sure to peel that layer away, under which you’ll find the bright green core. It spiralized easily into spirals or semicircular pieces depending on the size of the broccoli stalk. 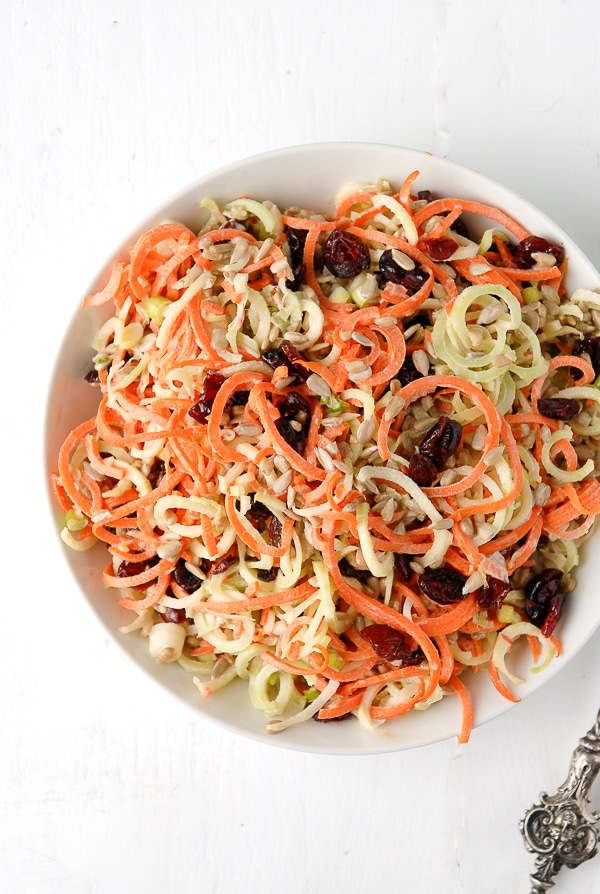 The slaw is a crunchy (even the next day) colorful mix of sweet and savory. It’s really a recipe I’d make and eat every day.

*Spiralizer note:  I have received reader emails asking which Spiralizer I use personally. I have the Paderno three blade Spiralizer and have found it works great for all the recipes I’ve made.

If you’ve tried this Spiralized Broccoli Stem Carrot Slaw or any other recipe on BoulderLocavore.com please don’t forget to rate the recipe and let me know where you found it in the comments below, I love hearing from you! You can also FOLLOW ME FACEBOOK, TWITTER, INSTAGRAM and PINTEREST to see more delicious food and what I’m up to! 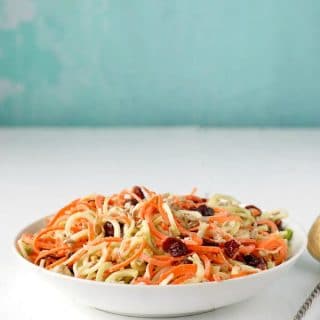 Ingredients for the Dressing: