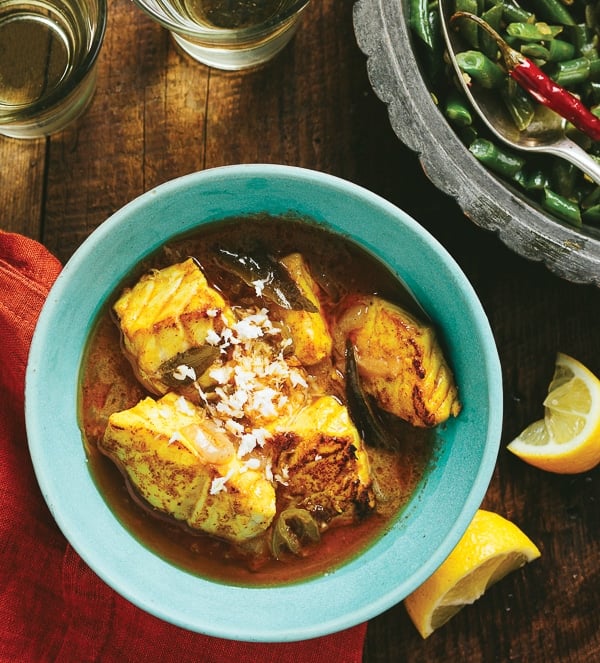 As the school year begins and the cool of fall begins to creep into the subtly shorter days, my slow cooker becomes a mainstay of my weeknight kitchen arsenal. I am unwilling to sacrifice flavor or originality to make a meal so always appreciate innovative recipes allowing me to prepare something quickly in the morning and not think of it again until it’s time to serve it up at dinner time.

To say I was excited when opening the package containing a review copy of the just published The New Indian Slow Cooker cookbook would be a gross understatement.

I immediately thought the concept was genius and personally was thrilled at the prospect of serving up Indian cuisine via my slow cooker, something I would have never imagined possible. I love Indian food and it tends to be naturally gluten-free making it all the more fun to review. 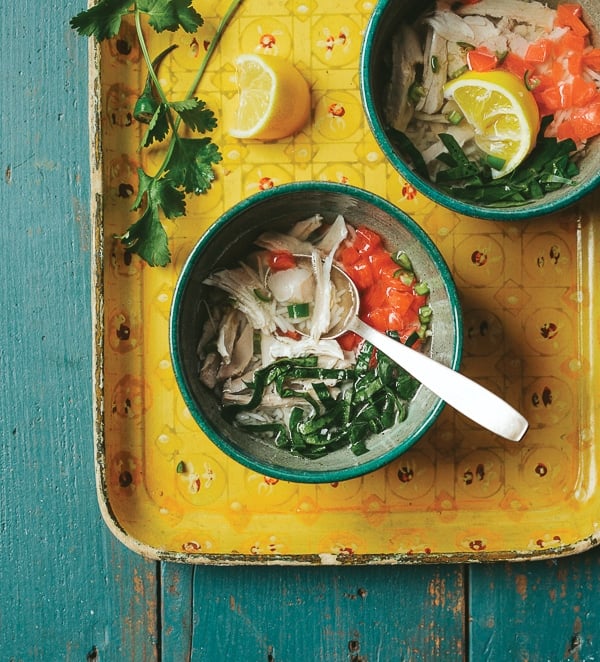 The New Indian Slow Cooker Cookbook offers 60 authentic fix-it-and-forget it recipes for Curries, Dals, Chutneys, Masalas, Biryanis and more. These are not ethnically dumbed down recipes but rather include all the classic spices and seasonings you’d expect combined with the ease of using a slow cooker.

I know from making curry personally the success of recipes like these is the slow blending of flavors making them an apt partner for slow cooking.

Apropos for a slow cooker cookbook, the education of the recipes begins slowly. Soulful, beautiful photographs lead the reader through the basics of the Indian kitchen: the spices (including preparation of spice blends), key support ingredients (basmati rice, chickpea flour, ghee, pastry flour), and Lentils and Beans. Key techniques such as Cutting Up a Whole Chicken are also covered keeping true to traditional Indian cooking. 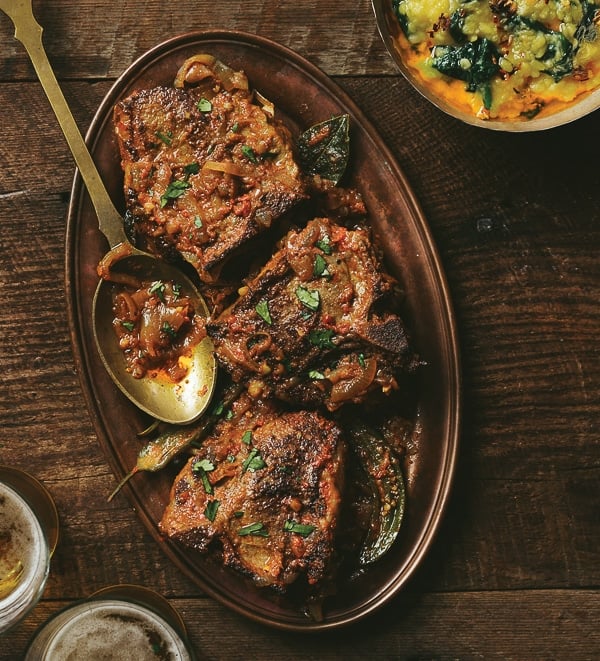 The New Indian Slow Cooker Cookbook shares recipes for Basics and Accompaniments, Soups and Rice Dishes along with the headline categories listed prior. To call the cookbook’s photography ‘mouthwatering’ would be a gross understatement.

The photos set the tone for the cuisine and conjure the vibe of the food; warm, deeply flavored, aromatic. Each section begins with notes on the role of the genre of recipes in traditional Indian homes making it all the more relatable. The recipes range from those short and simple, such in the cases of starters, accompaniments, soups and chutneys, to those more lengthy and complex with many in between.

The cookbook is original and opens up the opportunity to enjoy classic Indian dishes through a means that seemingly understands time constraints for cooking, yet the desire for fantastic food. 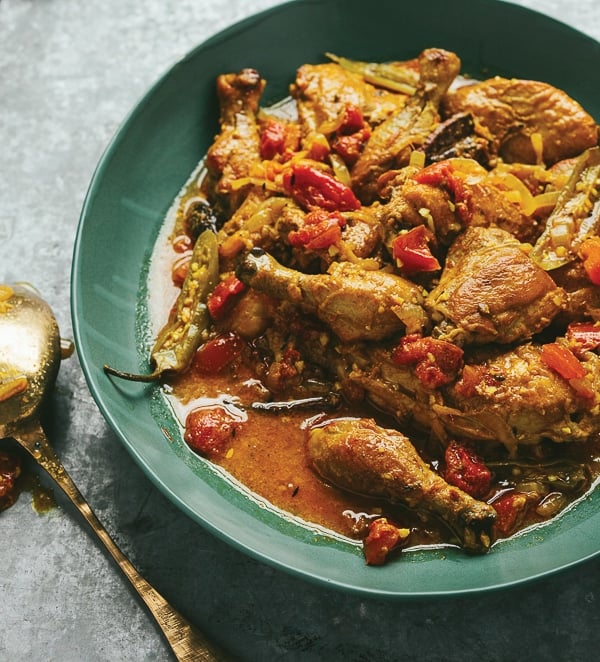 “There are many recipes for meen moili, a fish curry from the southern state of Kerala. I got this one from a well-known South Indian chef many years ago, and it has remained my go-to South Indian fish curry. Steamed basmati rice (page 24) and Green Beans with Mustard Seeds and Onions (page 84), are perfect accompaniments.

If cooked over too high a heat, coconut milk tends to separate, so the benefit of the slow cooker is that it allows you to use coconut milk with ease.

Here, simmering the milk with spices results in a luscious sauce. This dish is perfect for entertaining, as you can keep the curry warm in the cooker while adding sautéed pieces of fish, and they will hold without overcooking or falling apart. Shrimp is a great alternative, too.” -The New Indian Slow Cooker Cookbook 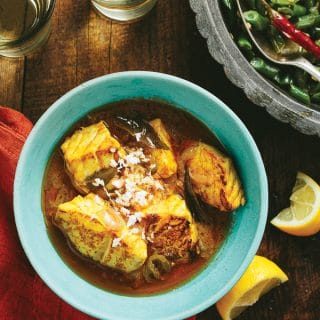 Instructions for the Masala Paste:

Instructions for the Fish:

NOTE If using shrimp, allow for five or six size 16⁄20 shrimp per person. Peel and devein the shrimp before using. Sauté the shrimp in a skillet over high heat with 1 tablespoon oil for a few minutes, just until they become opaque, before adding to the curry. Be careful not to overcook them, as they will get rubbery. VARIATION For a vegetarian version of this curry, serve with corn on the cob cut into 11 ⁄2-inch pieces. Boil the corn until tender, about 3 to 4 minutes, and then add to the curry. Bring the curry to a quick boil and serve. Allow for 2 or 3 pieces of corn per person.

« How To Create a Pinterest Pin from Scratch: Photos & Collages with Link
Coconut Kettle Corn »