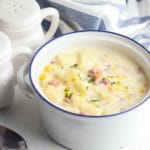 Potato Corn Chowder is a creamy, hearty soup chock full of potatoes, corn and diced ham. Filling enough for a main dish or as side dish. It’s fast and EASY to make in the Instant Pot! 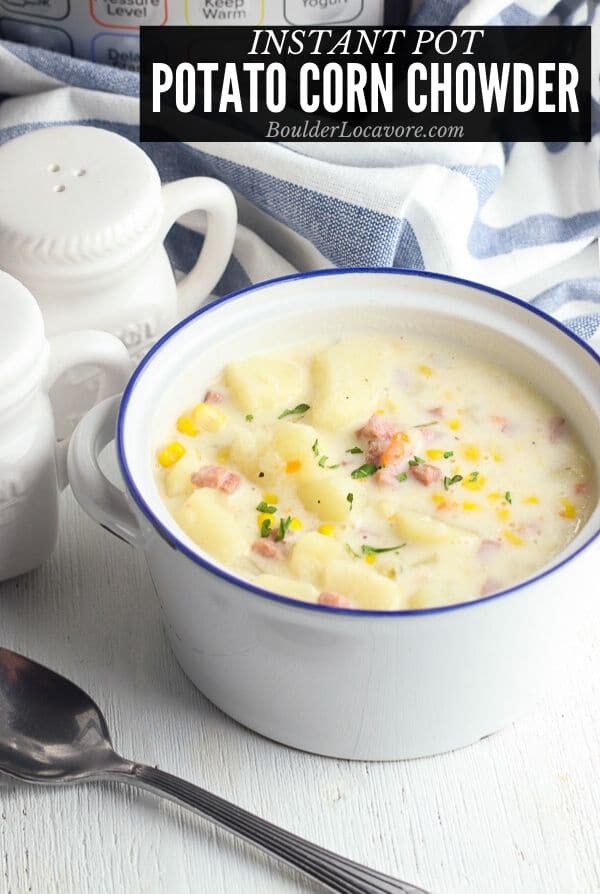 If you are a chunky soup lover, this Potato Corn Chowder is for you!

Loads of satisfying texture and delicious flavor in a fast and easy soup recipe.

Making it in the Instant Pot give the chowder recipe great flavor!

If you like a spicy south-of-the-border flavor try this Tex Mex Instant Pot Potato Soup recipe too.

This recipe loads up on diced potatoes and corn; two classic ingredients in many chowder recipes.

Add in diced ham for some protein and a bit of saltiness for a perfect soup.

Making the chowder recipe in the Instant Pot makes it fast. It also does not need to be monitored like stove top soup recipes. 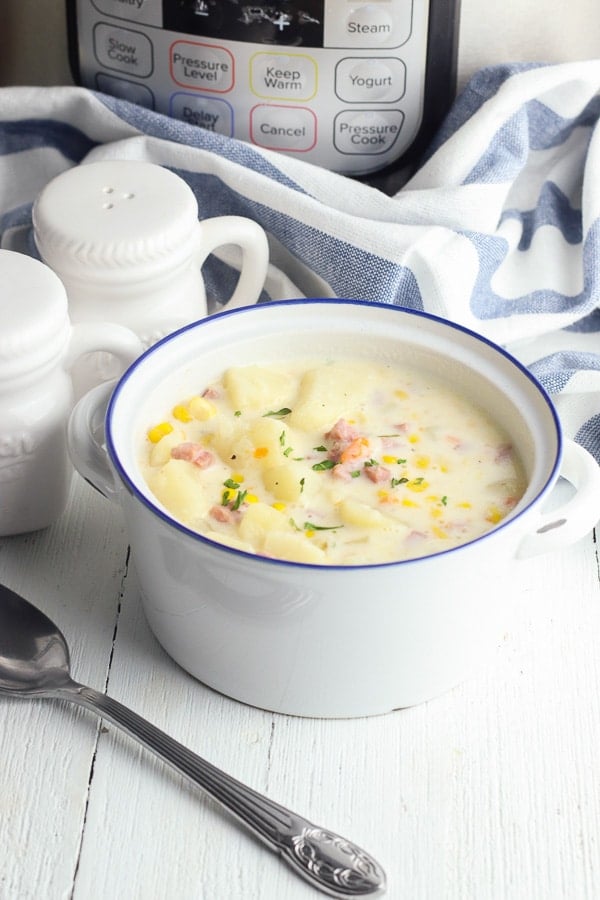 I recommend low-sodium Chicken Broth or Stock however No Salt or regular chicken stock will work.

Any type of potatoes will be delicious in this chowder recipe.

Select a brand that only includes potatoes, no seasoning.

Depending on how rich you prefer your chowder, use heavy cream or Half-and-Half. Both are delicious. 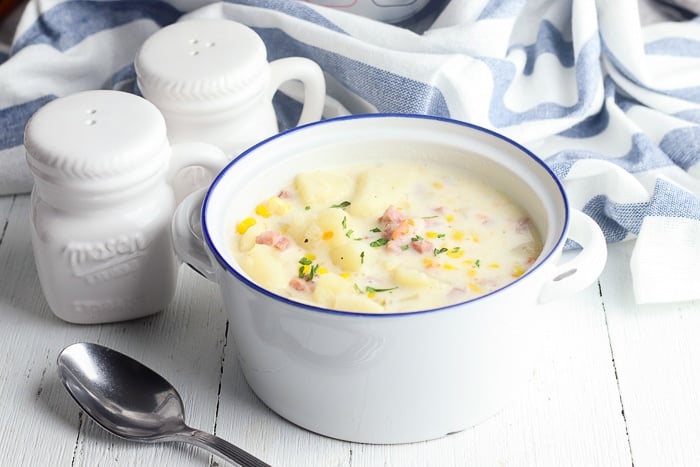 Deglazing the Pan – an Important Step

Deglazing is the process of adding liquid after sauteing with the purpose of freeing any browned bits of food sticking to the cooking pan.

While the pan (or Instant Pot cooking insert) is still hot, the liquid is poured in.

Using a spatula or cooking spoon, any bits are scraped up and mixed with the liquid.

It adds more flavor and keeps the bottom of the pan free of stuck food.

Some models of Instant Pots will have a burn warning when cooked food particles stick to the bottom of the Instant Pot cooking insert.

The deglazing step is key to avoid this!

What is a Cornstarch Slurry?

Cornstarch is used to thicken soups, sauces and gravy. If added directing to the soup however it will clump and won’t thicken the soup correctly.

Instead it is mixed with the equal amount of water and whisked or stirred to dissolve. This is called a ‘cornstarch slurry’.

When this mixture is added to the soup, it mixes in perfectly and thickens the soup. 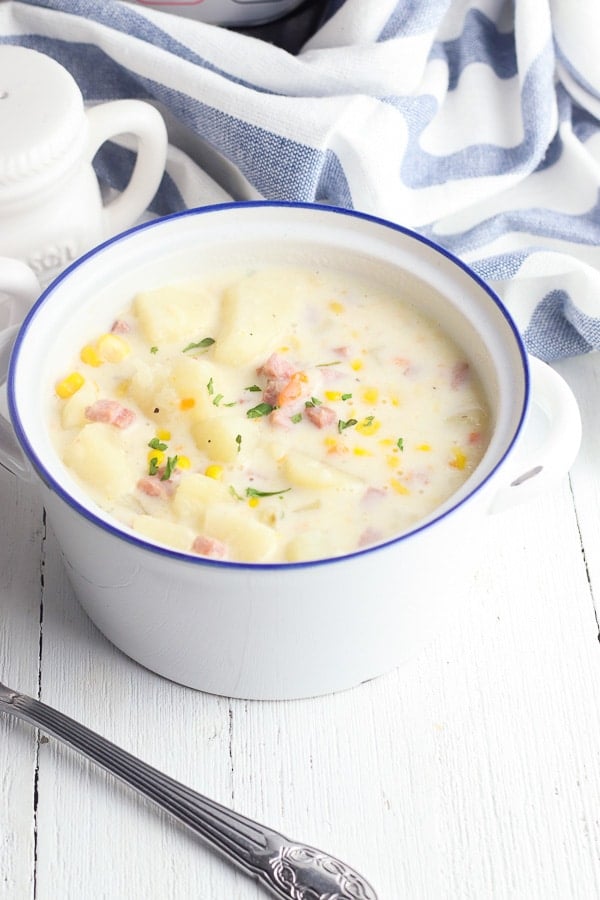 This recipe was developed using a 6-quart Instant Pot.

STEP 1: Set the Instant Pot to SAUTE and melt the butter. When melted add the onions and carrots. Saute for 5 minutes (photo 1). 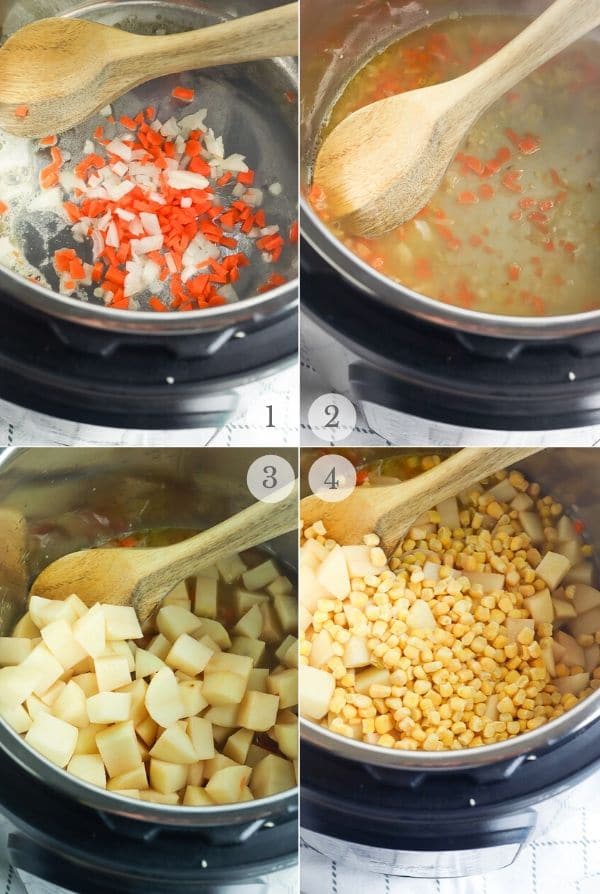 STEP 3: Add the chicken stock and water. Using a spatula or spoon deglaze the pan by scraping any brown bits sticking to the Instant Pot bottom free (photo 2). This will prevent a burn warning.

STEP 5: Secure the Instant Pot lid and seal the release valve. Set the Instant Pot to Manual/High Pressure for 5 minutes. When cooking is complete, allow a 10 minute Natural Release followed by a Quick Release for any remaining pressure. 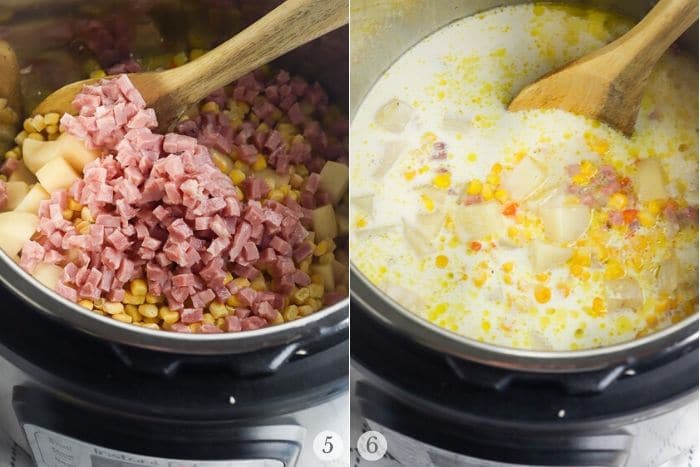 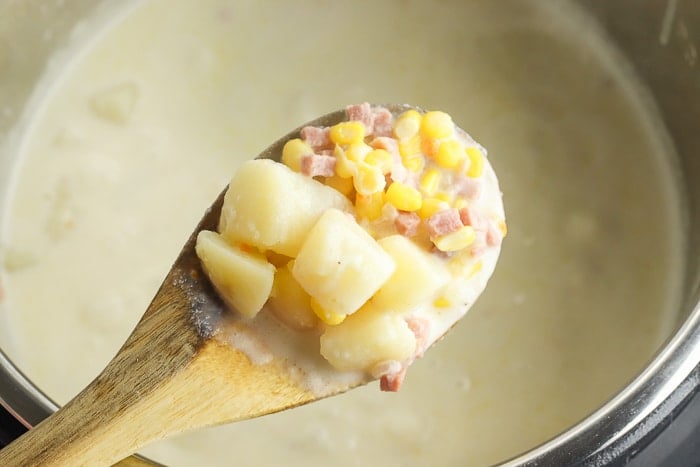 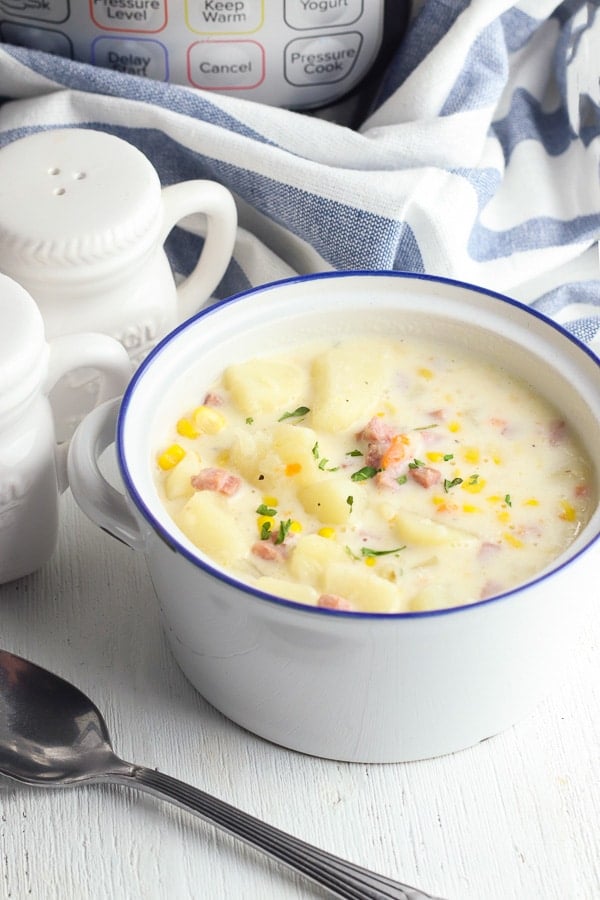 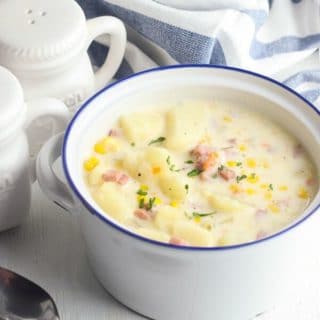