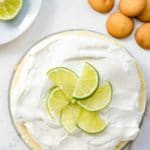 Lime Cheesecake is creamy, tangy, fast and easy when made in the Instant Pot. It cooks in 30 minutes and cools in 2 hours! No cracking as with baked cheesecake. Also included are my tried-and-tested TIPS for making the BEST Instant Pot Cheesecake! 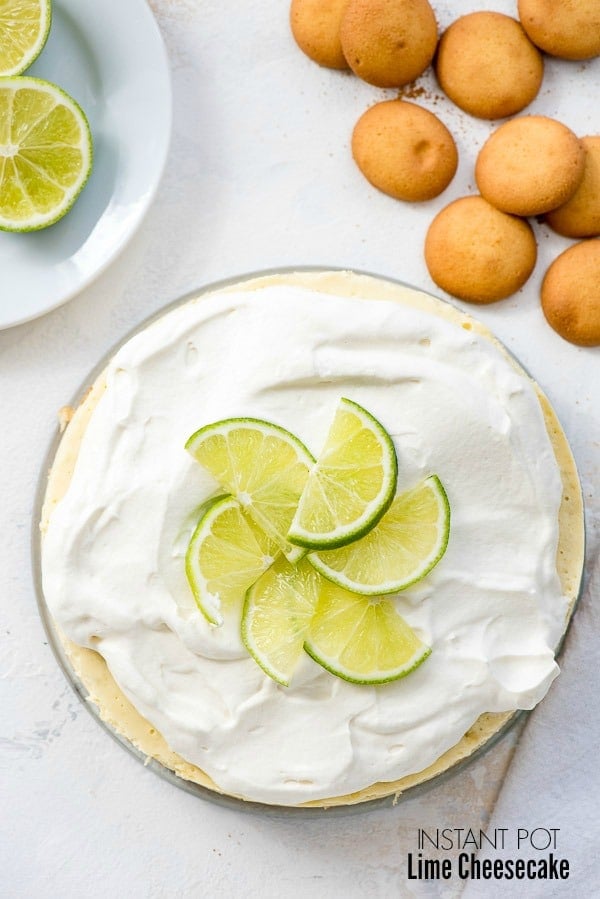 I have had a secret desire with my Instant Pot that has remained unfulfilled until now: I wanted to make an Instant Pot Cheesecake. I’ve been a cheesecake fiend since I was a child and though I don’t eat it often, I loved the idea of being able to make it in the Instant Pot more quickly than traditional recipes.

I noticed recipes on Pinterest for cheesecake made in the Instant Pot but never paid much mind to them. After reviewing the ‘I Love My Instant Pot’ Recipe Book last year my interest was piqued again reading the dessert recipe section.

I was so excited to make an Instant Pot Lime Cheesecake which seemed the perfect confection to take the edge of our bitterly cold winter weather. It is very easy to make and without the fussy steps of cracking the oven and several exotic steps of cooling to prevent the dreaded cracking of the top surface. 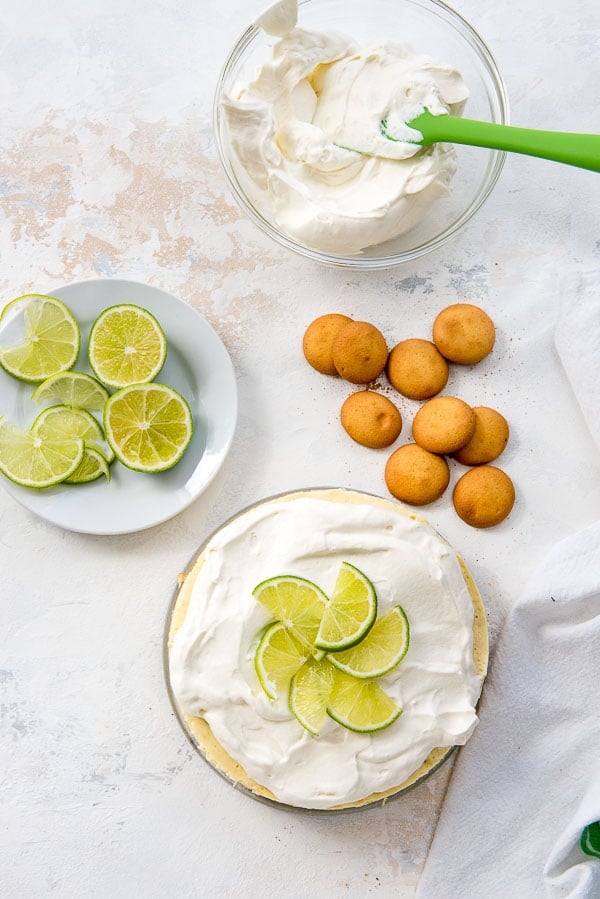 I did a lot of research and made this cheesecake multiple times to try out some techniques to create the best Instant Pot cheesecake. Here are the key tips I found to work well: 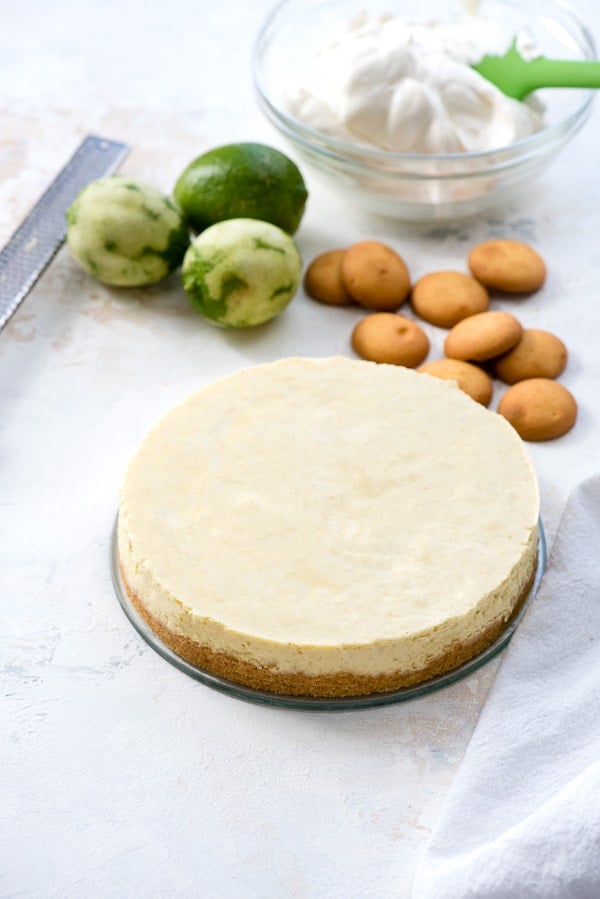 The key difference when making recipes that are gluten-free vs gluten using cookie crumbs is the absorbency. Gluten-free crumbs are less absorbent so using more of the crumbs to the amount of melted butter in making the crust is necessary.

Because I’m gluten-free I must adapt to a gluten recipe for those using regular cookie crumbs! Gluten vanilla wafers are also larger than most gluten-free counterparts so fewer are suggested for the same amount of melted butter. Make sense? It’s all in the recipe instructions.

How to Make Instant Pot Lime Cheesecake – Step by Step: 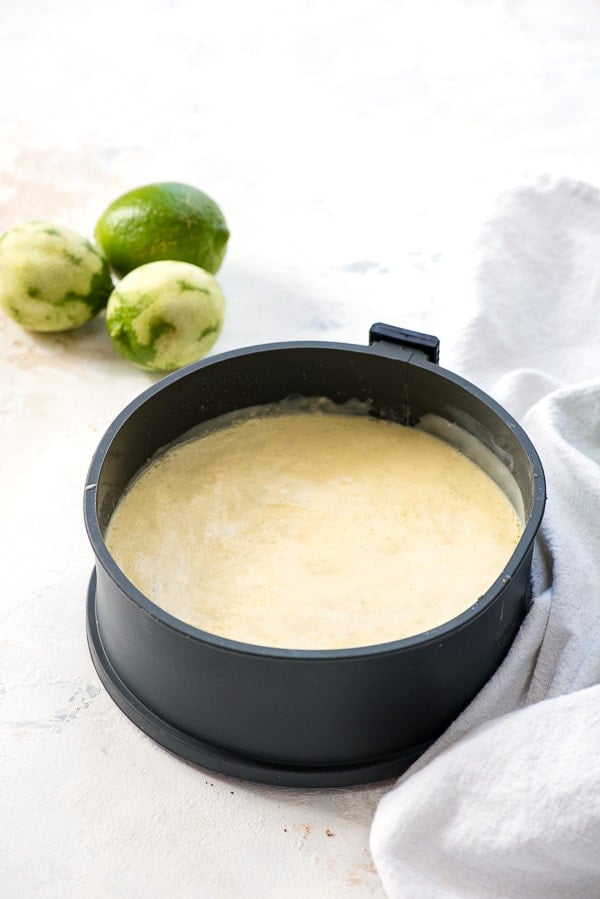 The vanilla wafers are pulsed in a mini chopper or food processer into crumbs. The melted butter is drizzled in to create a moist sand-like consistency. The crumbs are added to the springform pan, which as been buttered/greased, and pressed into a crust. A piece of foil is wrapped around the bottom and sides (exterior) to seal.

CRUST- FLATTENING TIP: I used the bottom of a small saucepan to flatten the crust (cover the bottom of the pan with plastic wrap if it’s dirty). A tart tamper or meat pounder may also be used.

In a food processor the softened cream cheese, sour cream and sugar are pulsed to a smooth consistency (a mixer can also be used). Eggs, lime juice, lime zest, vanilla extract are slowly added to the mixture and blended in. The filling is poured into the prepared pan.

Water is poured into the Instant Pot insert, the trivet placed in the bottom and the cheesecake on top of the trivet. It is cooked on high pressure, manual setting for 30 minutes, allowed to cool for 10 minutes then chilled for 2 hours until fully set. 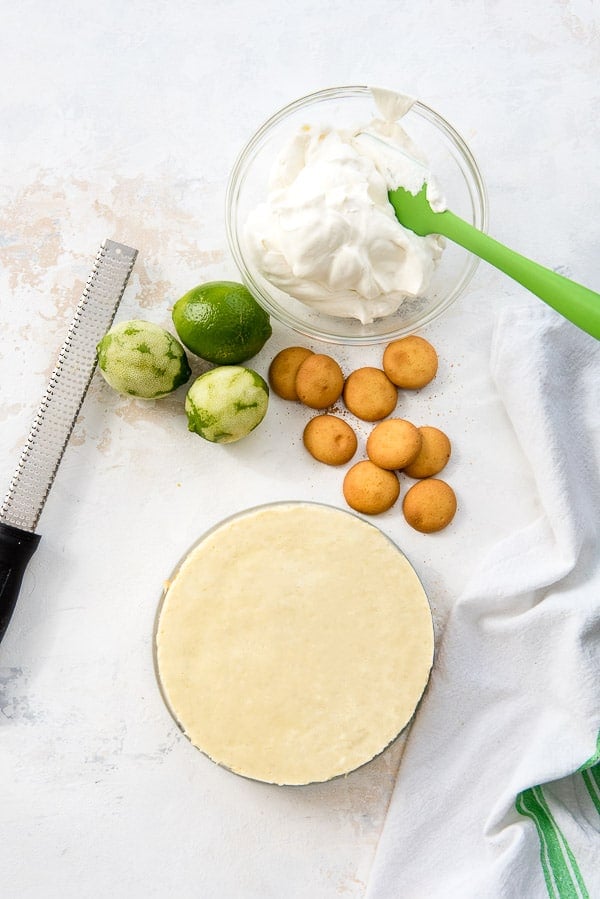 TIP: Both cheesecakes can have air bubbles rise during cooking leaving the top surface not completely smooth. If you follow my suggested Best Tips and still find the surface isn’t smooth, add a layer of whipped cream to the top. 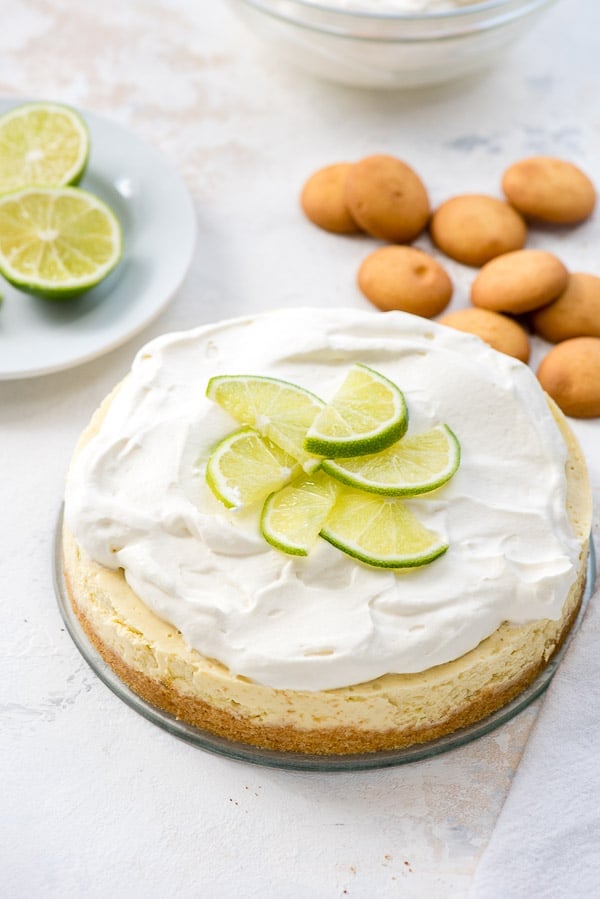 No! It’s creamy and tangy with the flavor of lime. I was relieve the Instant Pot version is smaller as my will power was tested after the first irresistible bite!

After developing Instant Pot recipes for the past few years, I’ve uncovered some unexpected, useful tips I think you’ll want to know!

Sign-Up below and I’ll tell you all my Instant Pot secrets!

If you’ve tried this Instant Pot Lime Cheesecake or any other recipe on BoulderLocavore.com please don’t forget to rate the recipe and let me know where you found it in the comments below, I love hearing from you! You can also FOLLOW ME FACEBOOK, TWITTER, INSTAGRAM and PINTEREST to see more delicious food and what I’m up to! 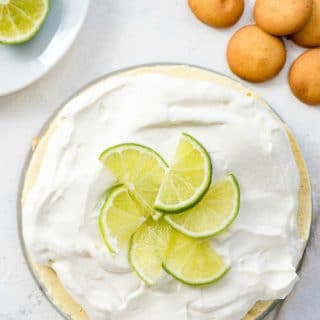 If making a GLUTEN-FREE CRUST:

If making a GLUTEN CRUST:

Cooking the Lime Cheesecake in the Instant Pot: