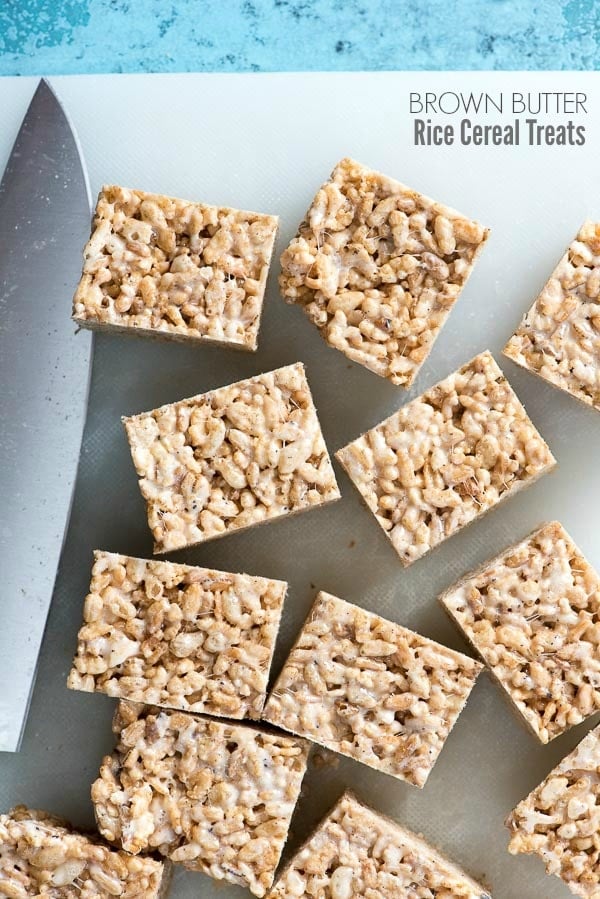 I fell in love with making rice cereal treats over the holiday break. As much as I love to bake, I wanted to soak up family time and frankly take a rest from the kitchen. ‘Rice Krispy treats’ are something that fell off our radar when we first became gluten-free because there was no rice cereal that was gluten-free. Fortunately, times have changed.

I did a lot of experimenting over the break as each batch of rice cereal treats seemed to disappear within a day or two of making them. I tried several different flavorings but what emerged as our favorite were Brown Butter Rice Cereal Treats. A bit of sea salt is the icing on the cake creating a wonderful buttery, sweet, salty mix. 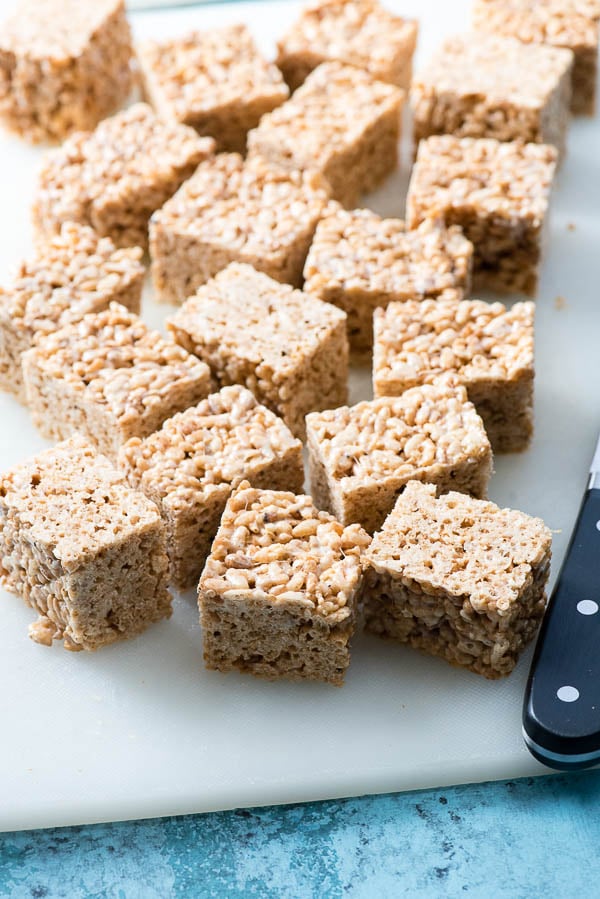 The reason I love making rice cereal treats to much besides the great flavor and chewy texture is how easy they are. Being a no bake treat, a chunk of time is removed from the equation. Everything is mixed in a large skillet or saucepan on the stovetop and folded into a prepared pan to set. Before you know it, you are cutting up irresistible squares…..with a line behind you if you are in my kitchen!

What Do Brown Butter Rice Cereal Treats Taste Like?

‘Browning butter’ is allowing it to cook passed melting until it develops a deep, toasty color and nutty flavor and aroma. The milk solids separate and float to the bottom of the pan looking like dark flecks. It has a rich flavor that is distinctly different than plain melted butter.

When added into the rice cereal treats it elevates the flavor with a rich warm tone to complement the sugary sweetess from the melted marshmallows. The sea salt makes the flavors come alive with the salty contrast. They are simple yet sophisticated and easy to make treats! 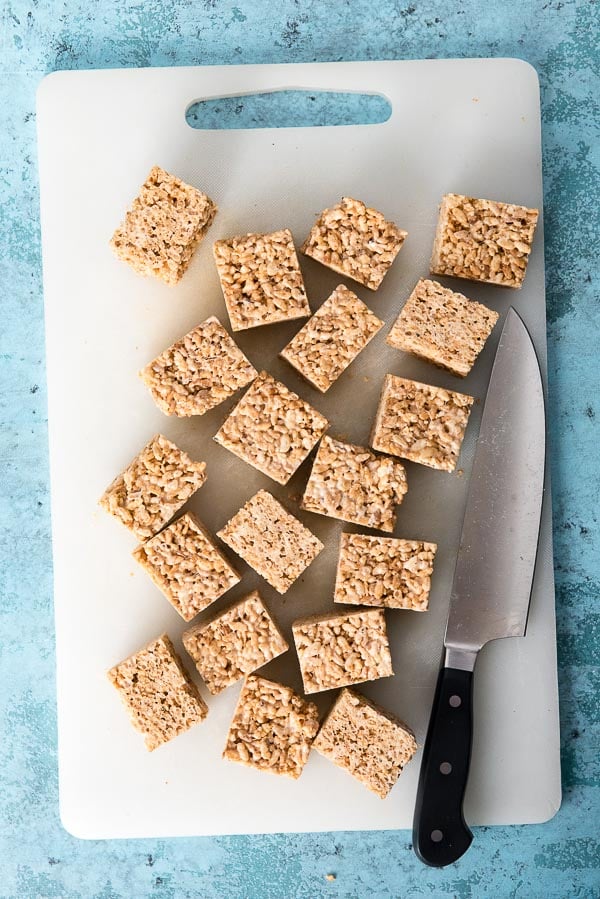 After the pan is lined with foil and sprayed with non-stick spray, the butter is melted in a large, preferably light colored, skillet (to best monitor the change of the butter and avoid burning) over medium heat. Once the butter has cooked to a deep golden color with a nutty aroma, the marshmallows, vanilla and sea salt are added and folded in until the marshmallows have melted.

TIP: Use a silicon spatula to combine the melted marshmallows, butter and rice cereal which makes it easier to scrape the mixture off the spatula. Also, a trick I use is to spray the spatula with non-stick spray which helps the mixture from sticking to the spatula.

The mixture is removed from the heat, rice cereal is fully incorporated and the mixture is spooned into the prepared pan to cool before cutting!

TRICK to make cutting easy: A 9 by 9 square pan is lined with foil, allowing the foil to extend past the edge of the pan on all sides by at least 1-inch. When the rice cereal treats are done, lift them out of the pan, flatten the foil to cut them. Much easier than doing it in the pan.

If you’ve tried this or any other recipe on BoulderLocavore.com please don’t forget to rate the recipe and let me know where you found it in the comments below, I love hearing from you! You can also FOLLOW  ME on FACEBOOK, TWITTER, INSTAGRAM and PINTEREST to see more delicious food and what I’m up to! 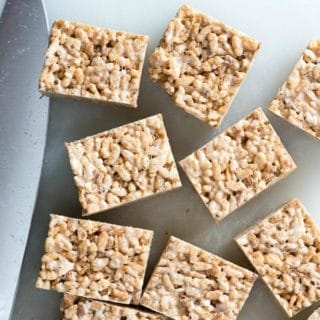