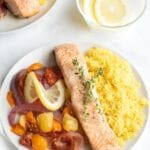 Grilled Salmon in Foil is a fast, easy way to cook a meal! The salmon is moist and full of flavor. The vegetables become a side dish and everyone gets their own packet! 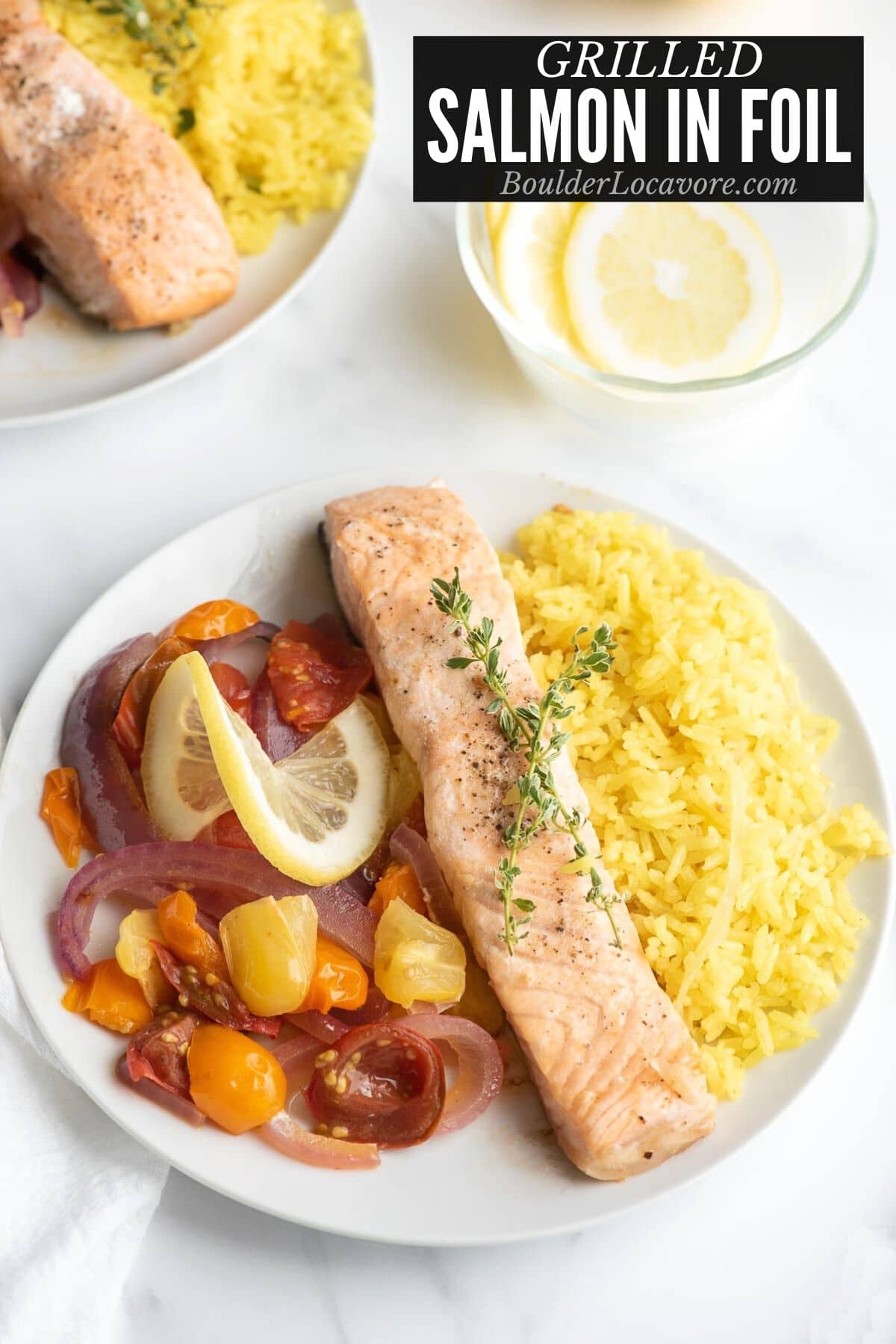 Salmon is a favorite fish for most people. It has a great meaty texture, light pleasing flavor and cooks quickly.

Grilling it in foil makes it super easy. Including some aromatic vegetables adds more flavor and a side dish for dinner when it’s done!

This is the easiest grilled salmon recipe you’ll ever make. And it’s ready in about 15 minutes!

Why Grill Salmon in Foil?

If grilling intimidates you this is a recipe you’ll love. It’s made on the grill but you don’t have to be a griller to make it.

There are many reasons grilling a foil packs is a great choice:

It holds in moisture so the salmon cooks from heat and steaming. It cooks through, is moist and delicious!

There is no risk of grill flare ups over cooking the salmon. And the salmon can’t stick to the grill.

Easy serving (everyone gets their own packet).

Easy clean up. Once the food is served the foil can be discarded. No clean up of the grill either!

It makes a full meal in one packet! 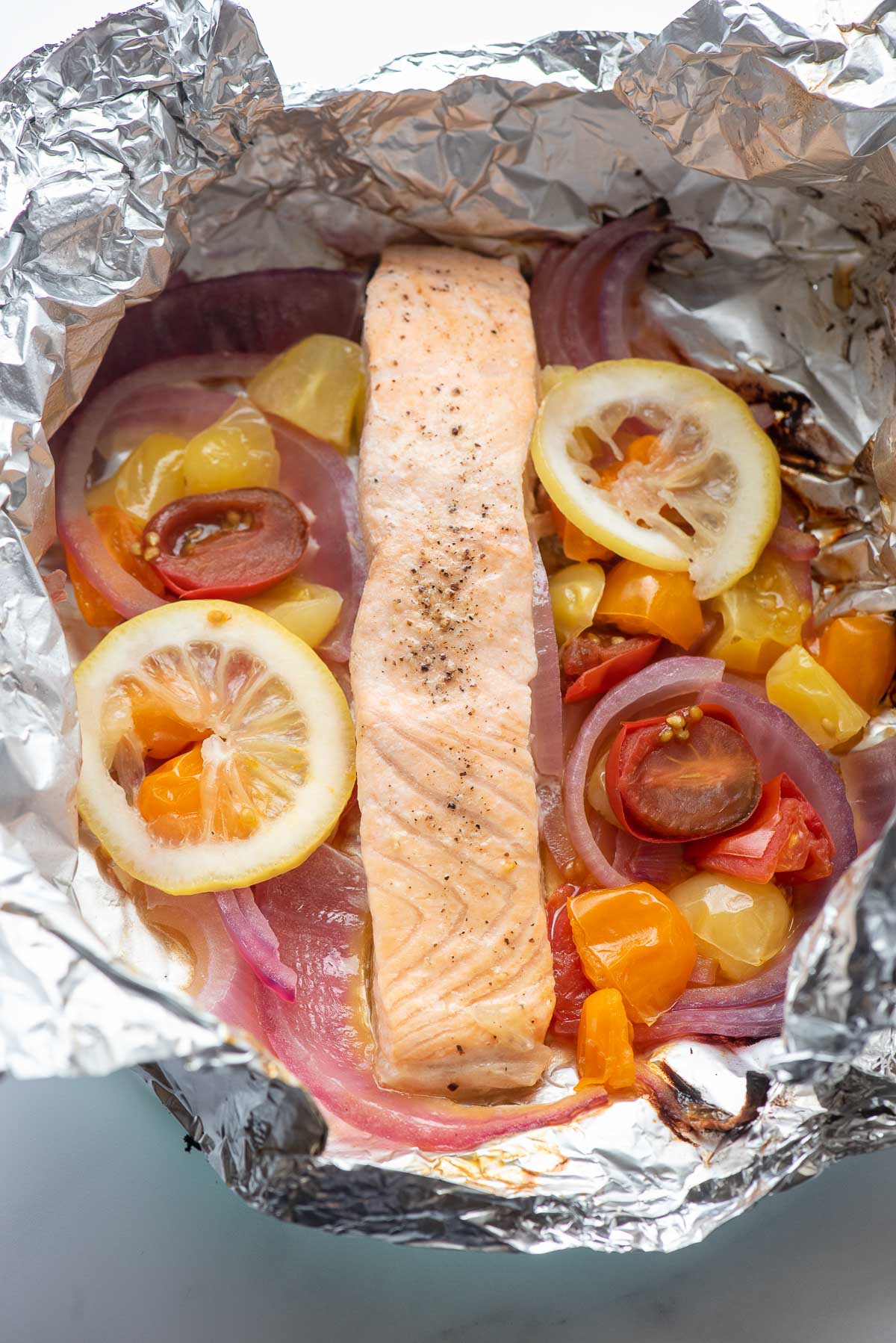 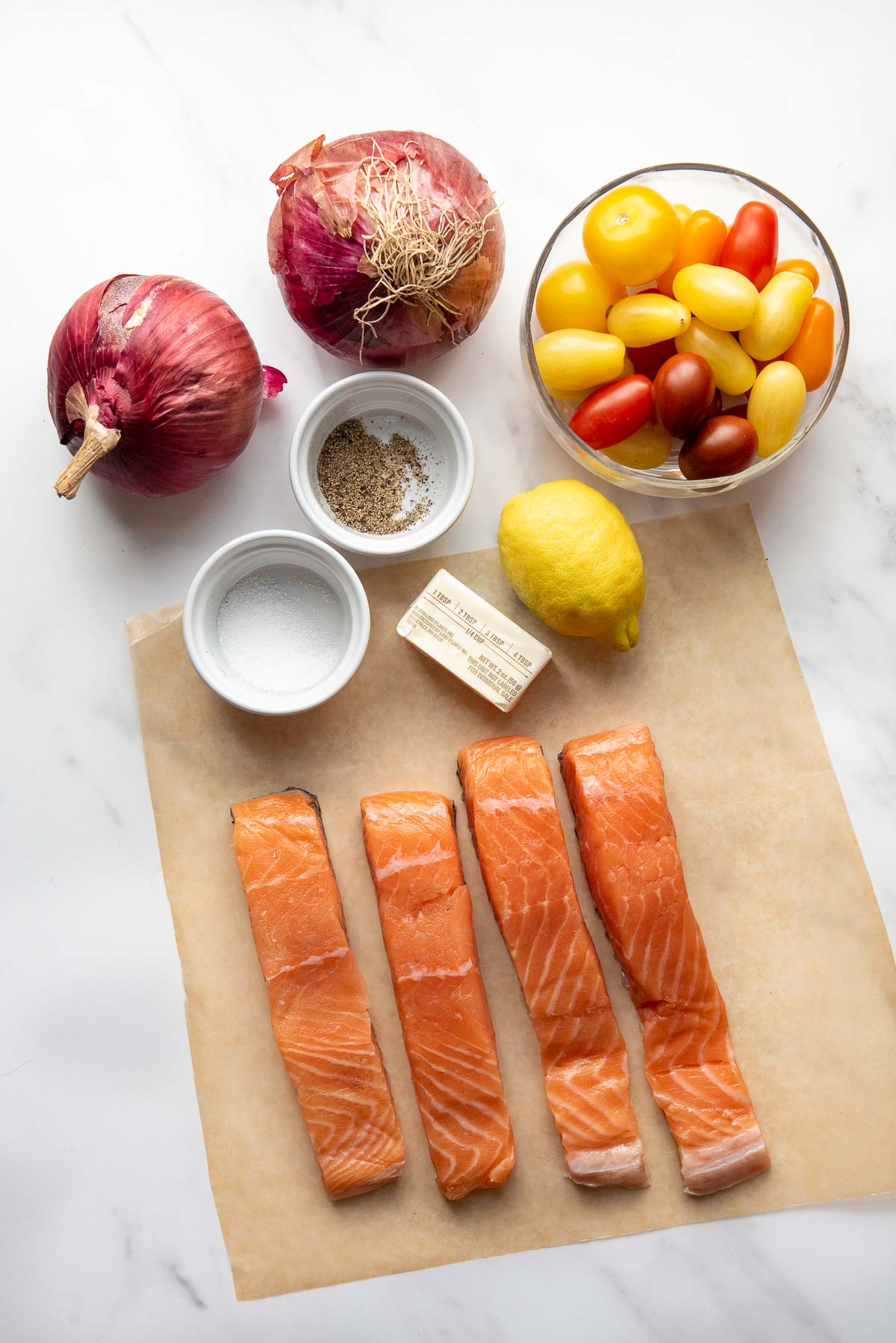 How to Grill Salmon in Foil – Step-by-Step

STEP 1: Preheat grill to medium-high (400-450 degrees F). Brush any food particles off the grill grates with a wire brush.

STEP 2: While the grill is heating prepare the packets. 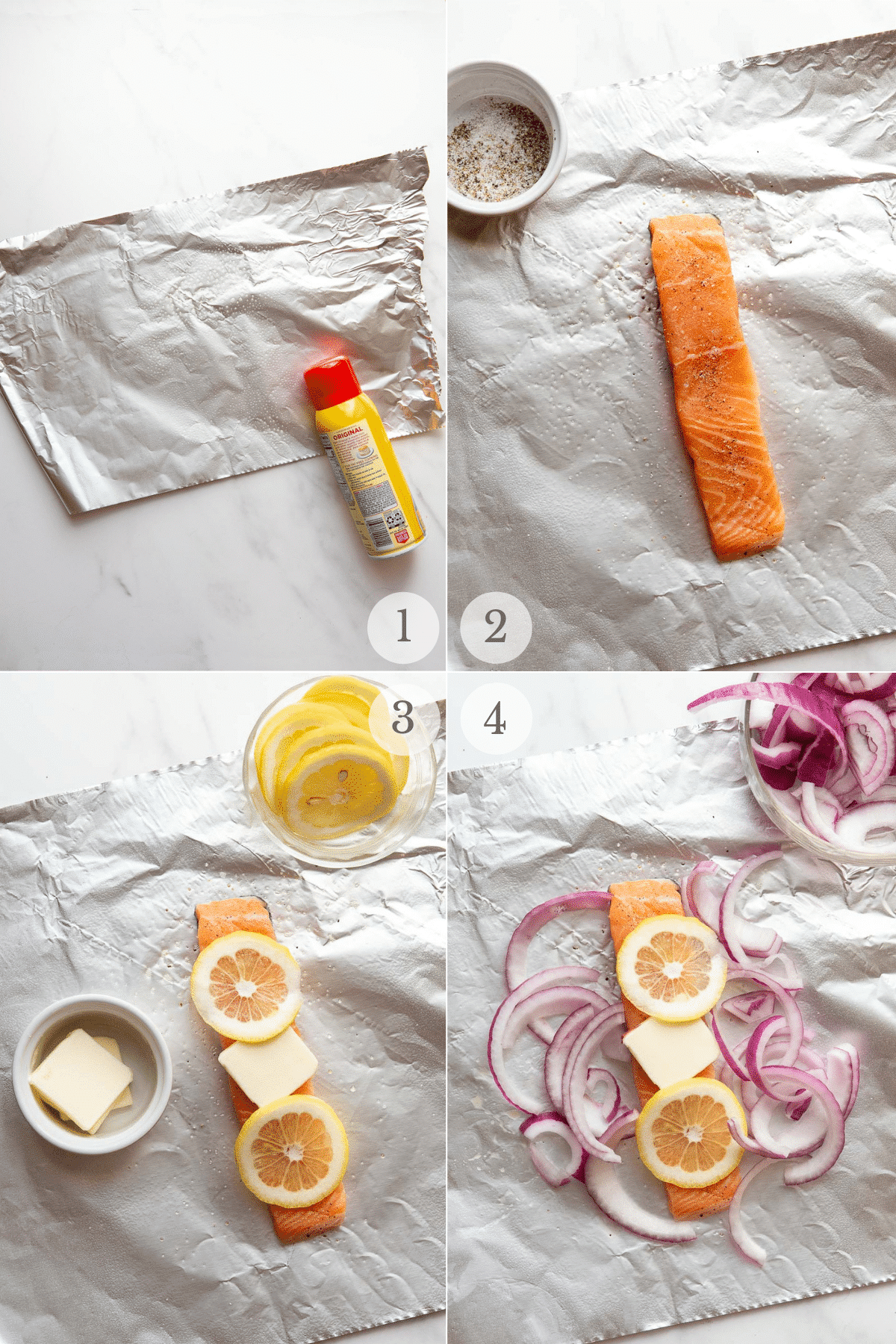 Crimp each remaining end and fold over a few times. Repeat on the other end (photo 7). 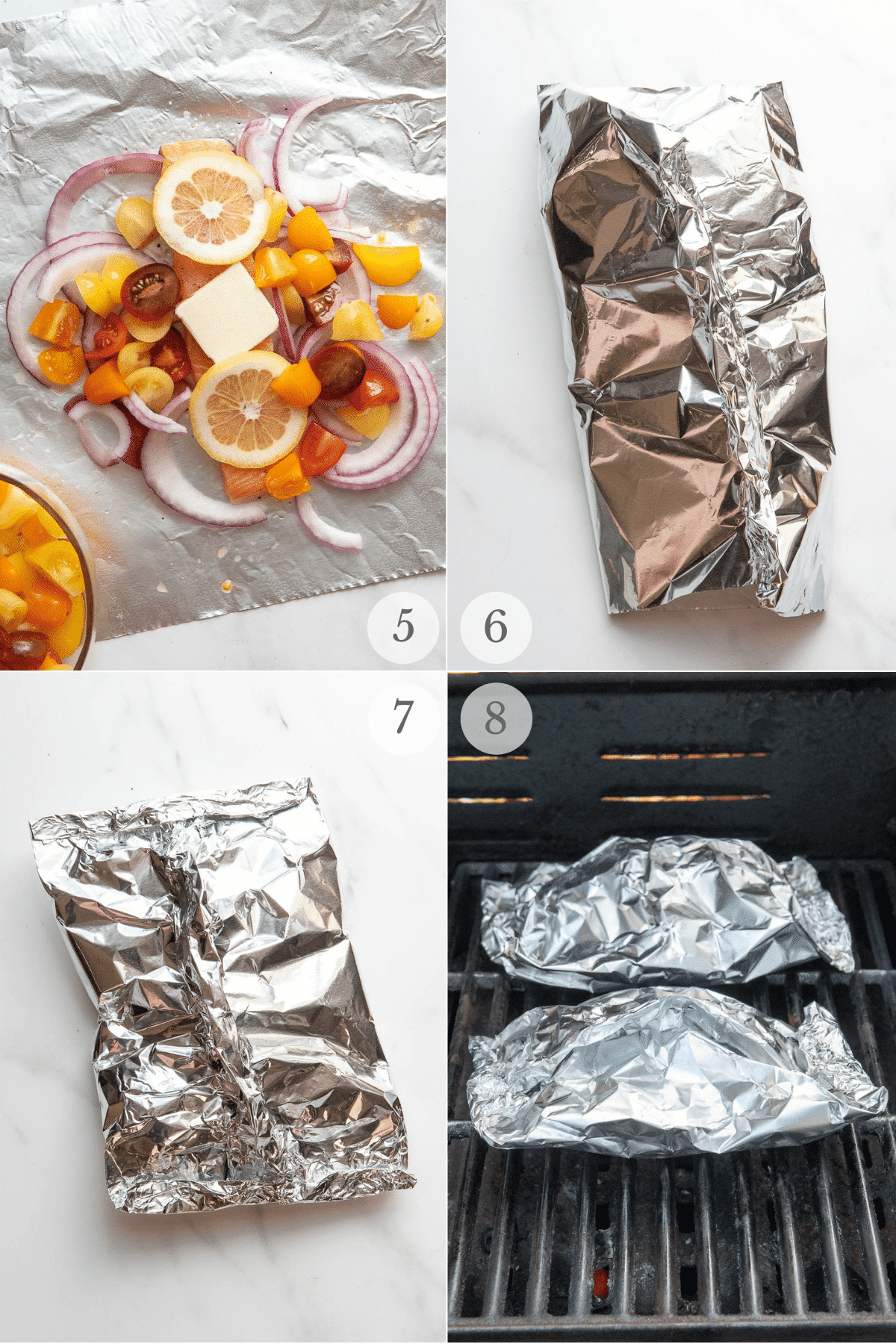 STEP 3: Place the packets on the prepared preheated grill (photo 8). Close the grill and cook for 10 minutes. NOTE: the side view in photo 8 shows the tenting of the foil over the salmon. 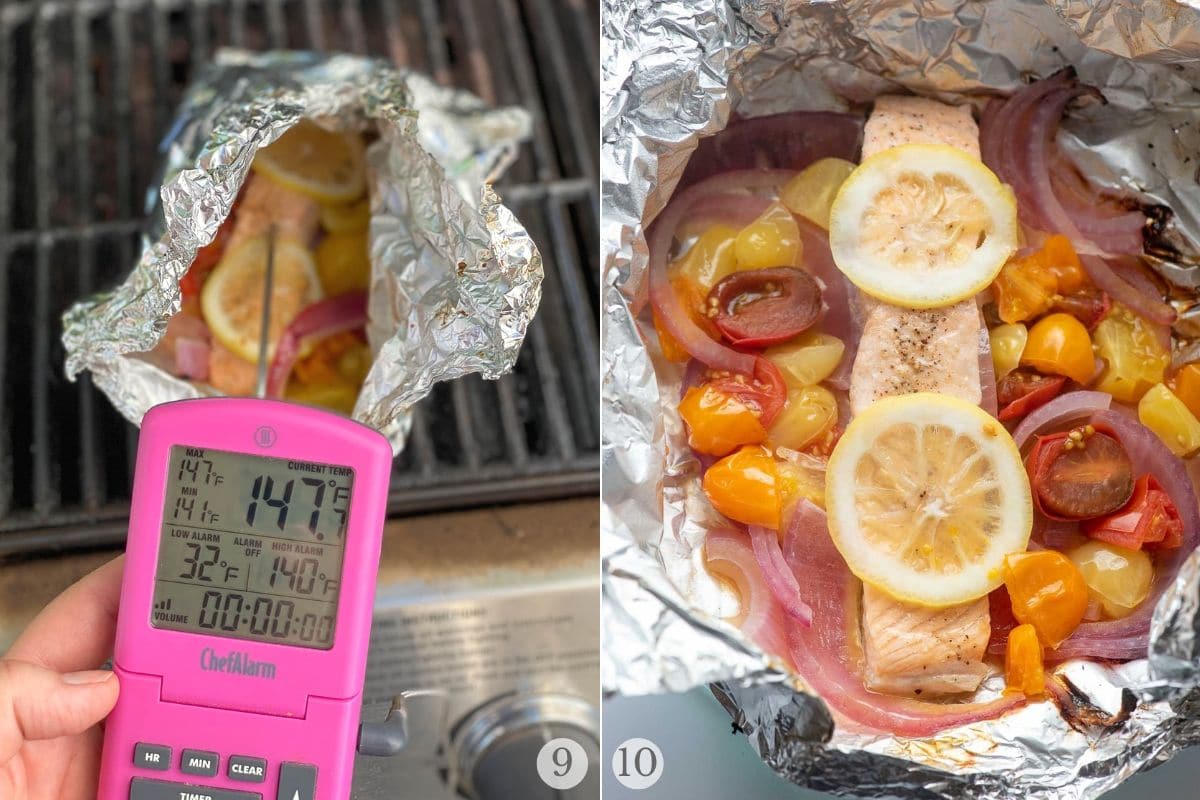 STEP 4: When 10 minutes has passed, remove one packet from the grill and check the internal temperature (photo 9). It should have reached 145 degrees F (photo 10). NOTE: use tongs or a hot pad to open the foil to check the temperature; steam will escape and the foil will be hot.

If the salmon is done, open the packets and allow it to rest for 5 minutes. Remove the salmon and vegetables from the packet to a plate and serve!

When is Salmon Cooked?

Measure in the thickest part of the salmon with an instant read thermometer.

Also it changes from being a deep coral color with a slightly shiny appearance to a light coral and opaque (refer to photo above).

It will also be flaky when a piece is broken off (see below). 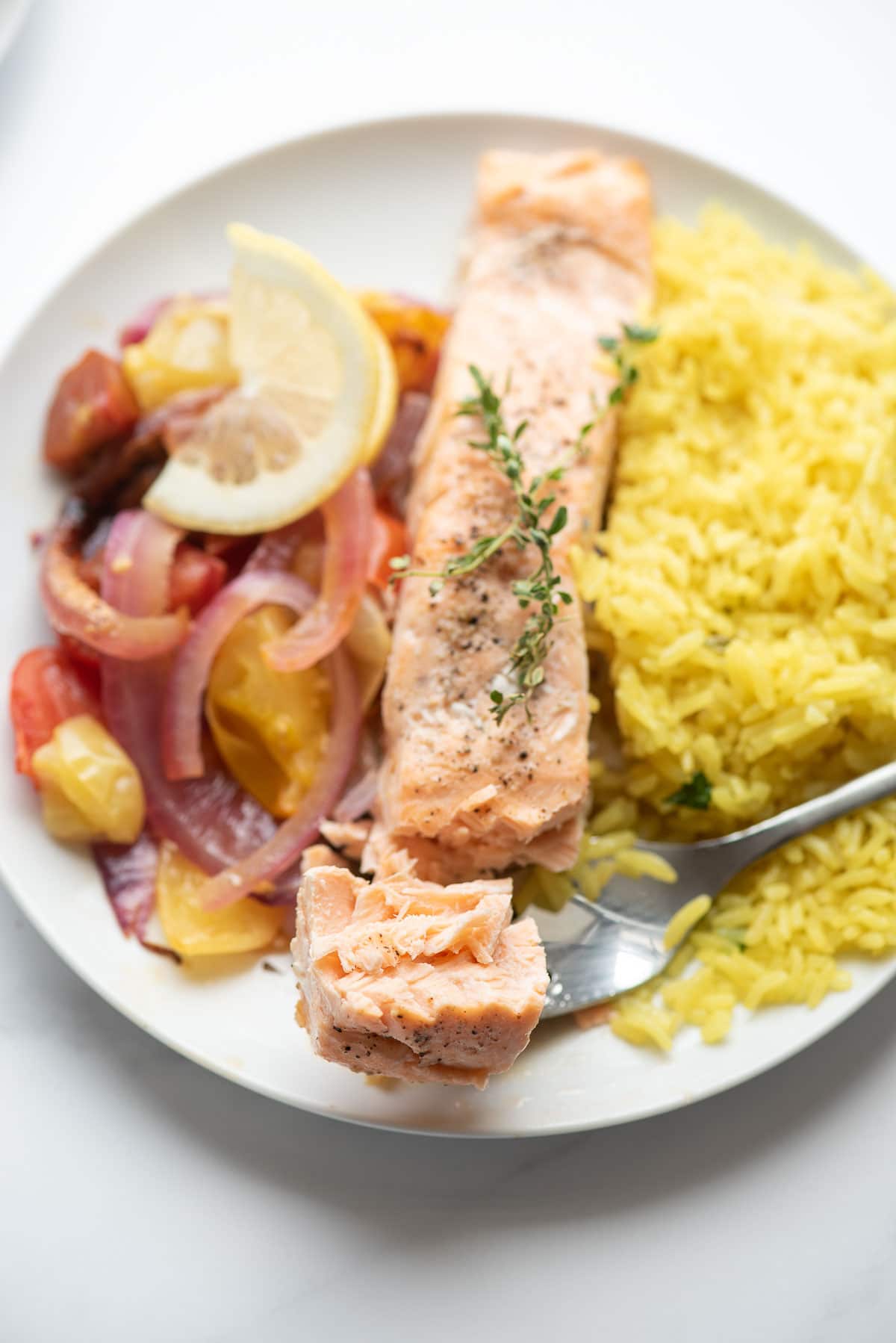 How to Cook Salmon in Foil in the Oven

If you prefer to cook the salmon packets in the oven instead:

Preheat the oven to 400 degrees F.

At 400 degrees F the salmon should take 10 minutes + 5 minutes rest after cooking. 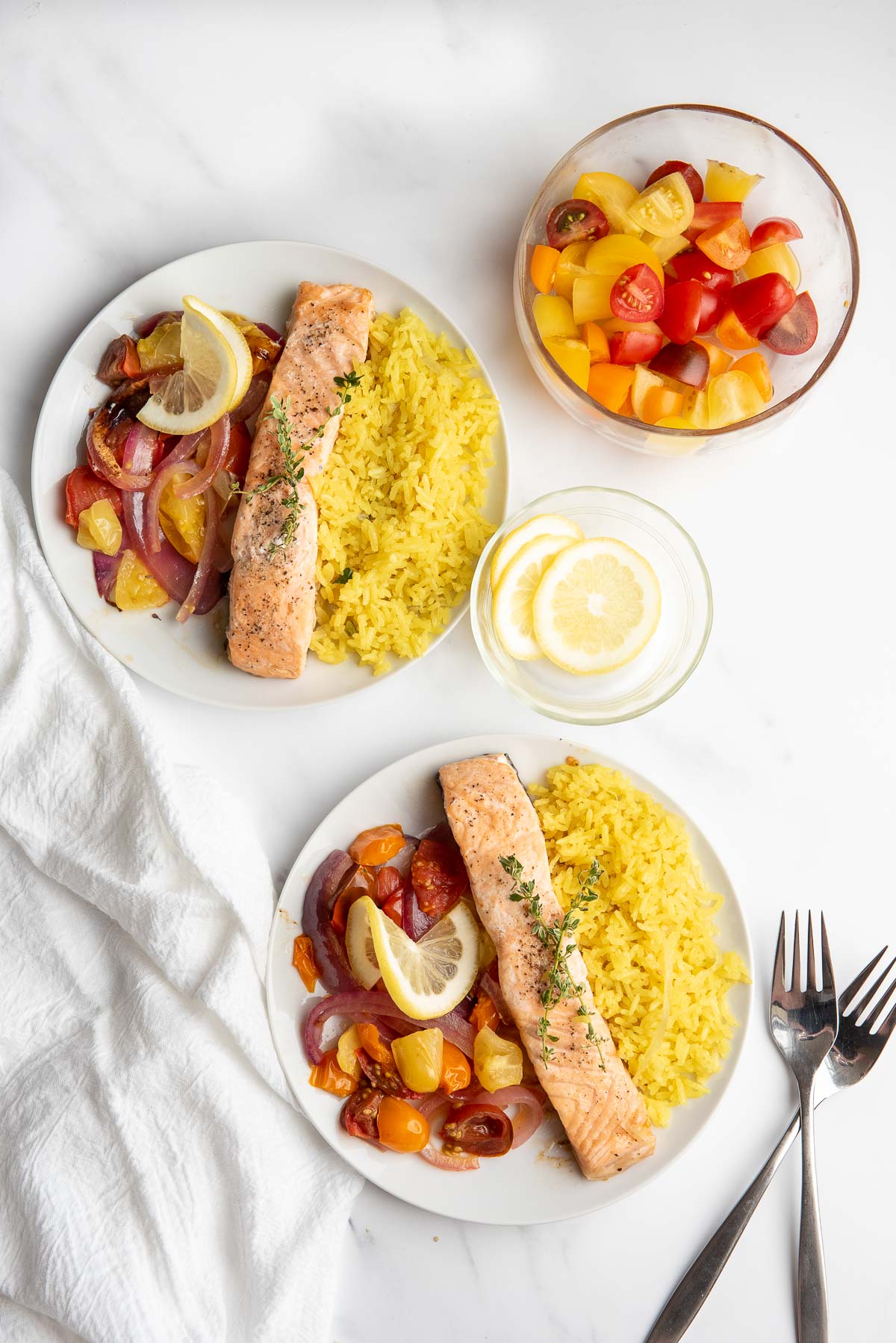 You’ll Love these Recipes too! 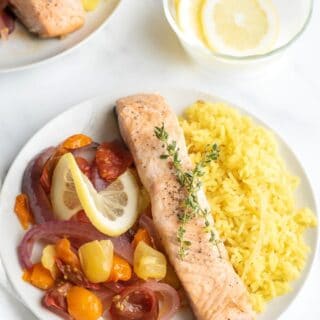