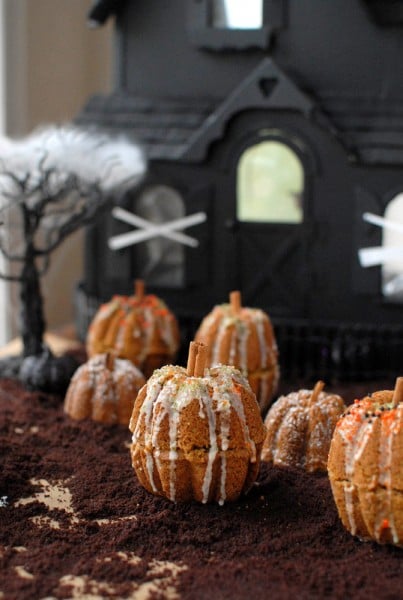 I can think of no other holiday with as much whimsy as Halloween. Being the lead off to the long holiday season I find Halloween is embraced with all the orange and black people can muster. After all who does not enjoy the idea of assuming a new personae for a day? I myself dress up annually and my costumes have ranged far and wide.

One year I was ‘A Vision of Lovliness’ despite being taunted about being Ginger from Gilligan’s Island.

I was the Queen of Hearts, despartely trying to look evil and avoid the photographic effect of a double chin when allowing a 4 year old to take my photos. It was all about the shoes this year…. 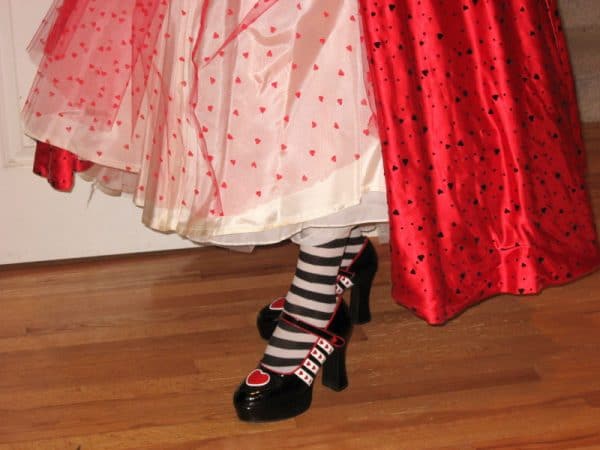 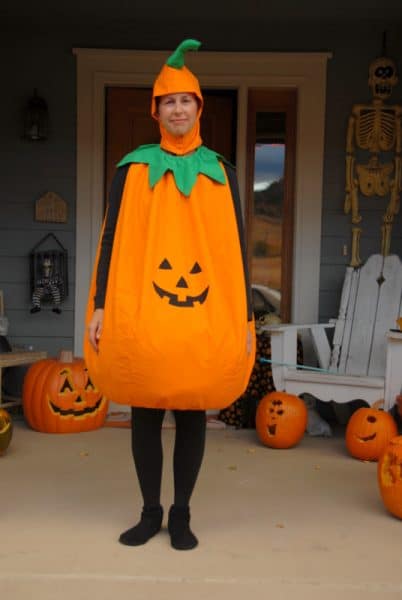 I had made this costume and a matching one for my daughter when she was three, when she requested our family to all be pumpkins. I was pregnant at the time, thrilling several tiny Trick-or-Treaters sure I WAS the Great Pumpkin. I reprised the costume at the last minute when volunteering for an elementary school Halloween party and was traumatized when a parent I did not know thrust her hand inside my costume curious what it was stuffed with. Though it was not a ‘what Scotsmen wear under their kilts’ situation, I felt sure we did not know each other nearly well enough to reinact how one never wants a first date to go! 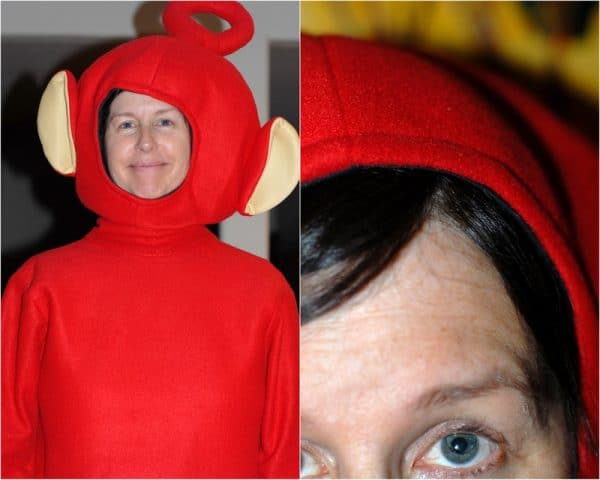 This little diddy was swooped up on a snowy day when needing to work at a school Halloween Party. It was freezing outside, and this full body ‘romper’ of Po from the Teletubbies fit the bill. It was ‘unexpected’ to say the least. Not my prettiest of costume moments but I loved the child photog ‘glamour shot’ on the right. Just in case you wondered if I wear contact lenses; it’s now caught on film. Gives ‘close up’ and entirely new meaning.

When my family first became gluten free, I felt I’d be baking a lot from scratch. No more ordering birthday cakes from a local bakery. And with that I wanted to make sure the occasions were as festive as when we did eat gluten. Decorative cake pans did a lot of that for me until I discovered so many gluten free options in recipes and mixes (though I still love the novelty of the unique baking pans!). I frankly had no idea there were so many selections available from either Nordicware or Wilton (the latter perfect especially for younger children’s birthday parties).

The first holiday that befell us after my children and I became gluten free was Halloween. I did not bake Halloween cakes when we did eat gluten but the variety of pumpkin pans were irresistible to me. This Pumpkin Patch Pan has been in high rotation over the years, turning out a variety of cakes with this recipe being a favorite and one synonymous with the Halloween season (though it’s great for Thanksgiving too). It’s a simple, moist pumpkin spice cake; light and singing the flavors of the season! 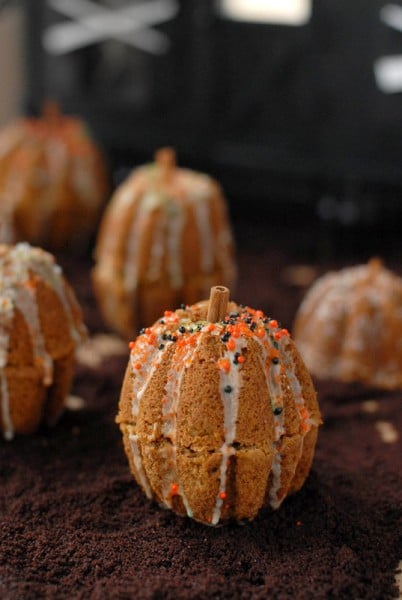 Should you not want to invest in the specialty pan, these can certainly be made as regular cupcakes, perhaps frosted with your favorite frosting (or this Orange Cream Cheese Frosting) and a little candy pumpkin; or simply glazing as I have here with seasonal decorating sugars. They make an unusual treat, and one enjoyed by children and adults alike. 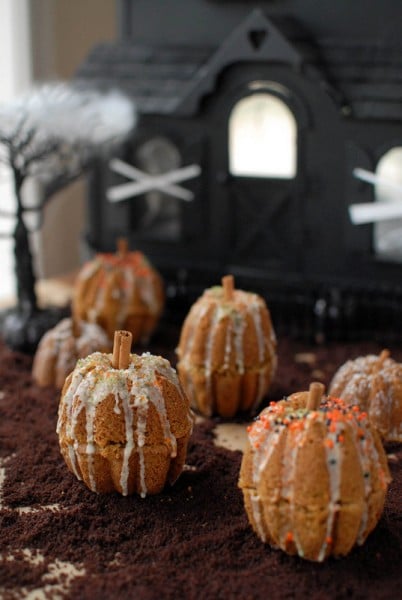 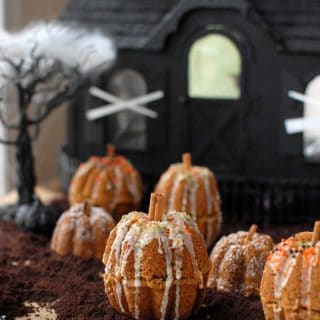 I chose to decorate these pumpkins in a simple, rustic style using this Orange Rum glaze and some cake decorating sugars. I am particularly fond of India Tree, which are all natural (the sage green sugar). If you are serving these to children and prefer to omit the rum, you can a tablespoon of water or substitute 2 ½-3 tablespoons of freshly squeezed orange juice for the rum, water and lemon juice.
5 from 1 vote
Print Save Recipe Recipe Saved! Pin Rate
Course: Dessert
Cuisine: American
Prep Time: 5 minutes
Total Time: 5 minutes
Servings: 12 Enough to glaze one batch of pumpkin cakes or a dozen cupcakes
Calories: 41kcal
Author: Toni Dash
Prevent your screen from going dark 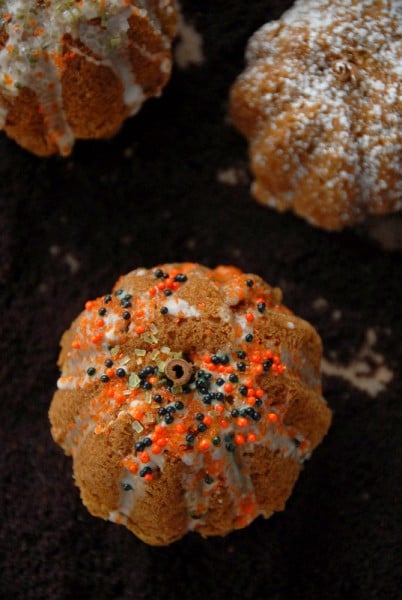