Homemade paneer is a light cheese, great to eat by itself or to add to Indian recipes. If you’ve ever wanted to try making homemade cheese, this easy recipe for Homemade Paneer is a perfect place to start! 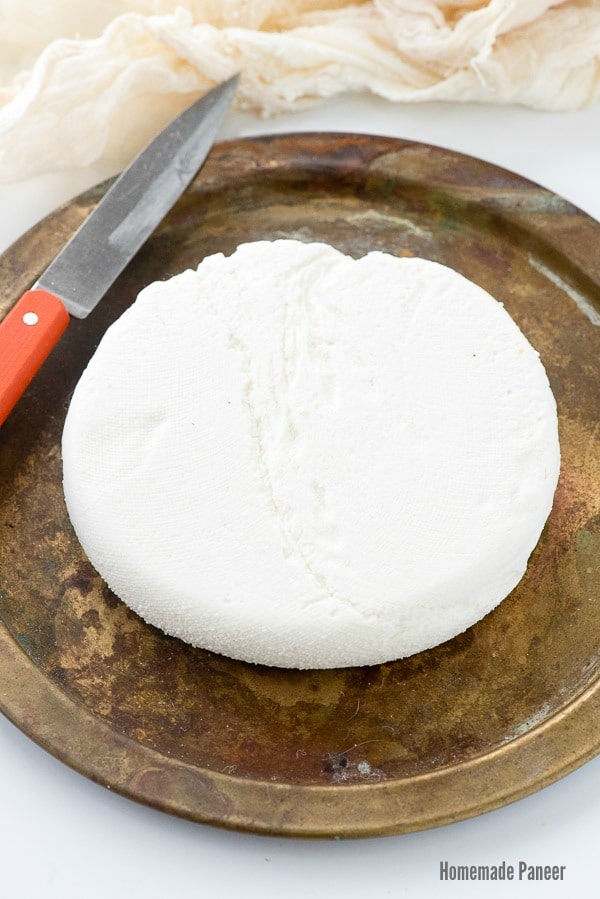 I have wanted to learn to make my own cheese for years. If I were to have predicted, ricotta or mozzarella probably would have been my first endeavor but instead it turned out to be Homemade Paneer. Go figure.

I think my interest in cheese making stemmed from my original locavore experiment, when I was trying to source all my protein and produce from a 100-mile radius over a Colorado winter. That lent itself to dabbling in a number of homesteading practices like root cellaring and canning. 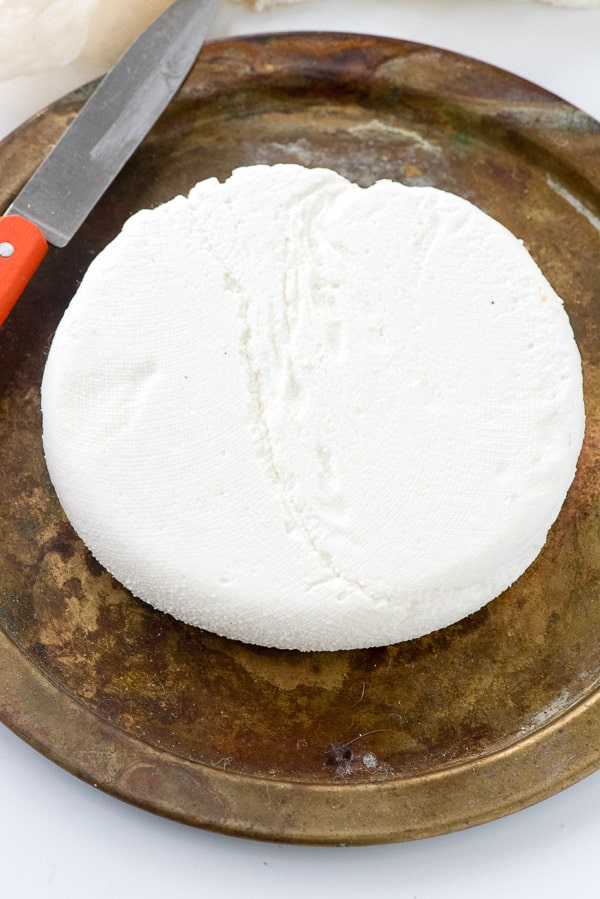 I find it very gratifying to create food that I’d normally buy. I love learning new things and often find exploring making ingredients from scratch if often easier than one would guess.

The results are usually something better tasting than what can be purchased too. In this case I love cheese, so checking out making it myself was a natural pursuit.

For those unfamiliar, paneer is fresh cheese made by curdling cow’s milk with something acidic, like lemon juice or vinegar.

It is popular in South Asian recipes as well as eating by itself.

Paneer is formed into a block which can be sliced or cubed and used in cooked dishes without it melting. 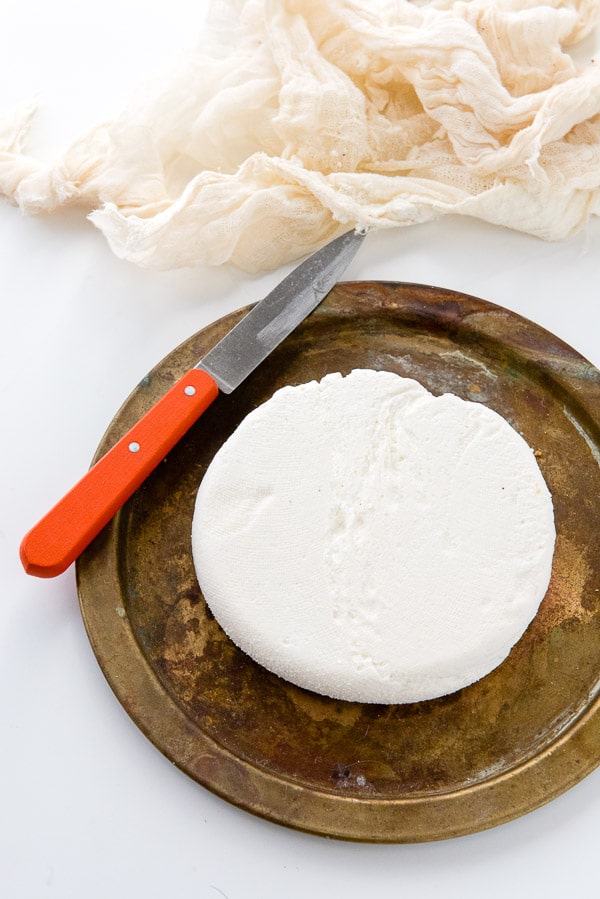 Before making Homemade Paneer, I’d done some research and realized it is an easy process.

Much like other recipes for ingredients normally purchased, after making it I was energized to try making other varieties of cheese.

How to Make Homemade Paneer

Whole milk is heated and lemon juice is added.

While stirring, the milk separates into curds and whey just as referenced in the Little Miss Muffet nursery rhyme.

As the curds form (they look like cottage cheese curds) the liquid or whey has a green tinge, so it’s obvious when it’s forming.

Once the curds have formed they are compressed in cheesecloth, rinsed and allowed to drain.

Finally, the compressed curds and refrigerated with a weight to form a round block of fresh cheese.

It has a light flavor and dense texture.

Paneer is great for salads, in cooked dishes and crumbled with nuts and honey.

Paneer Tikka Masala is a delicious recipe to use paneer too. 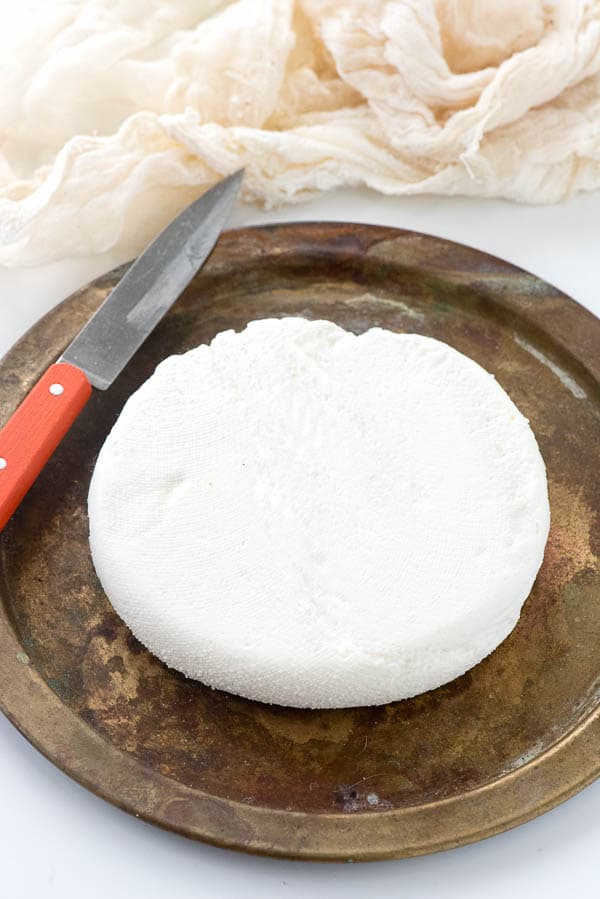 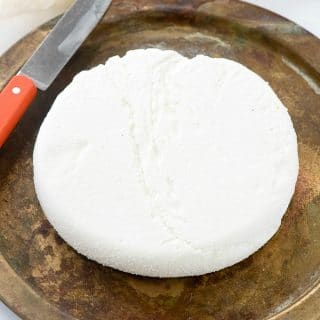