This post is for viewing only by those of legal alcohol purchasing age. Please always remember to drink responsibly! 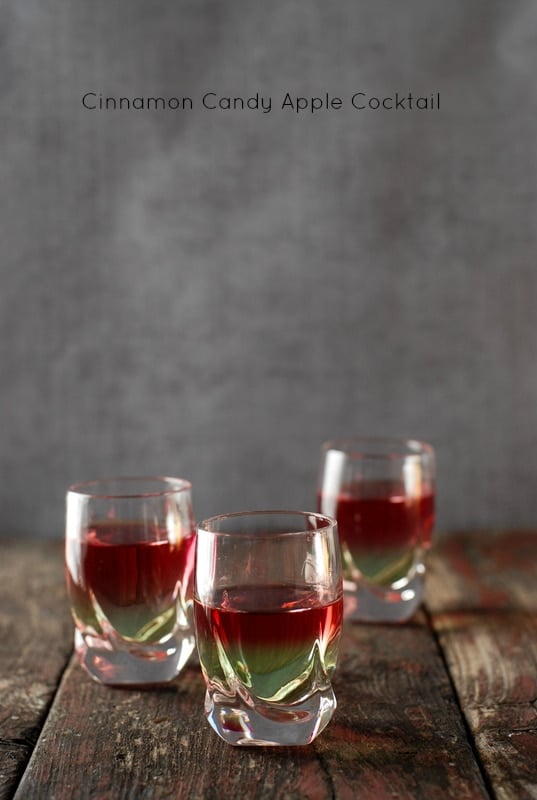 The first cocktail book I remember buying was in San Francisco. It is titled ‘The Art of the Cocktail’ and is a cleanly formatted, beautiful book with a simple recipe on one page and an adjoining photo on the page next to it. The photos are vivid and well styled and I’ve kept it as a basic guide despite pages now falling out of the well worn paperback binding.

One of the cocktails that always intrigued me was the Pousse Café. It is a layered cocktail using colored liqueurs creating a fanciful striped affect when prepared correctly. I love it when a bit of science and magic meet food in this way and have been waiting for a chance to make one of my own. Though the original Pousse Café cocktail used a prescribed combination of liqueurs to create a colored striping, the term ‘pousse café’ has been colloquialized to the practice of layering cocktails using the density of the liquor as a guide for success.

Earlier this month is created a Halloween non-alcoholic drink in similar fashion using the sugar amount as a guide, pouring the liquid with the most sugar, or the heaviest density, first, followed by the lighter in order to allow the layers to float separately. When pouring pousse café cocktails, one uses an alcohol gravity chart to put the heaviest, most dense, first and layering up to the lightest which allows the layers to float. 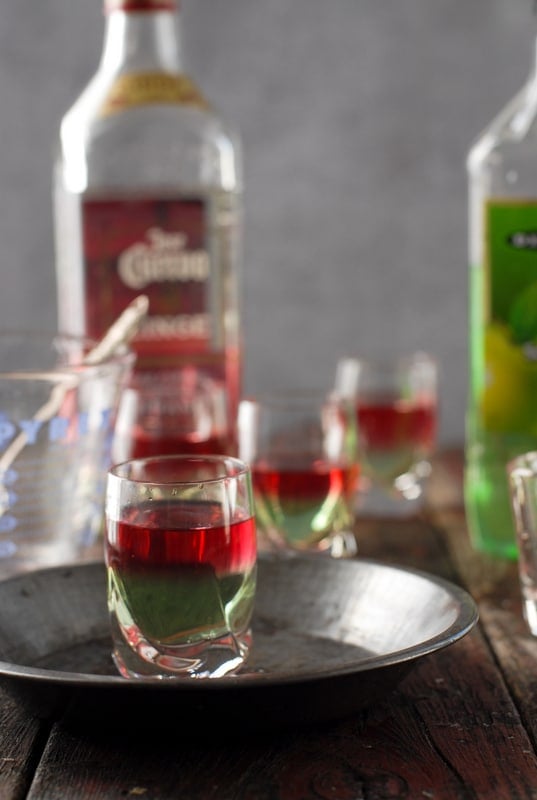 I feel pretty confident I’ve passed the stage in my alcohol consuming life of drinking a cocktail made up of 3-6 sweet liqueurs and living to tell about it. I still wanted to experiment with creating the enchantment of a pousse café cocktail without the aftermath of drinking it. Instead I decided to weave my exploration into a seasonally flavored cocktail to top off the Halloween festivities that will celebrate the chill in the air beyond the 31st as well:  a Cinnamon Candy Apple Cocktail.

I recently had the chance to sample a new naturally-flavored cinnamon tequila from Jose Cuervo named ‘Cinge’. Aptly described, I immediately fell in love. The tequila bears a very natural tasting cinnamon flavor that conjures smoldering warmth and meshes perfectly with the tequila giving rise to unending cocktail ideas for the cold weather season; not the least of which would be simply sipping it perhaps with a squeeze of lime.

The inspiration from the flavor and the time of year made me think of red, candied apples with cinnamon. I paired it with Sour Apple Pucker which may sound like issuing a ticket to the hangover express but I love the interplay between the two flavors. They keep each other in check, offering just enough bright apple and cinnamon to nudge toward putting on a sweater and stoking the fire, not leaving one feeling their palate has been overtaken by either flavor. 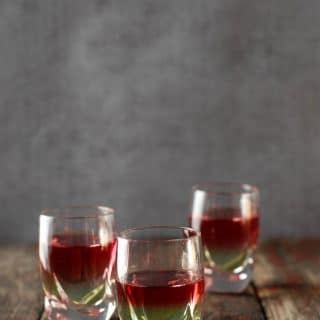 This mini Pousse Cafe cocktail is a celebration of the season producing the flavors of a Cinnamon Candy Apple with a beautiful layered effect. The tequila I used is not colored though I wanted to add drama to the drink by adding a bit of natural vegetable dye. I studied many bartenders' methods of how to layer cocktails, each using a different technique. I found the drink layered easily merely using a small dining spoon placed at a 45 degree angle above the lower layer. The key to success is the pouring speed of the second layer. If one becomes impatient the layers will mix. Slow and steady layers the cocktail in this case! Please note: this is a Martini-style cocktail meaning it is all alcohol with no mixer so is strong. Please drink responsibly!
5 from 3 votes
Print Save Recipe Recipe Saved! Pin Rate
Course: Cocktail
Cuisine: American
Prep Time: 5 minutes
Total Time: 5 minutes
Servings: 1 cocktail*
Calories: 103kcal
Author: Toni Dash
Prevent your screen from going dark

*larger batches of the cocktail can be made by multiplying the ingredients by the number of cocktails. I made a batch of 4, ensuring the proportions for each were maintained. 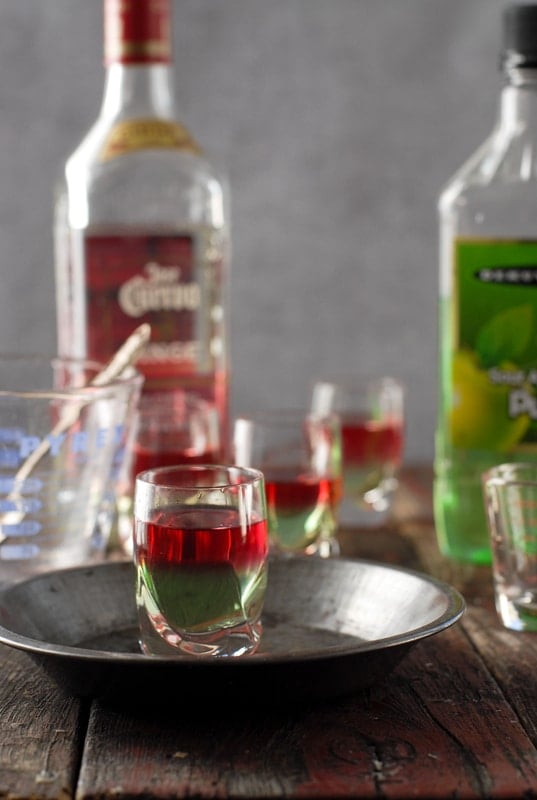 Disclosure:  This is not a sponsored post though I did receive a bottle of Jose Cuervo’s ‘Cinge’ with which to experiment. All opinions are my own.