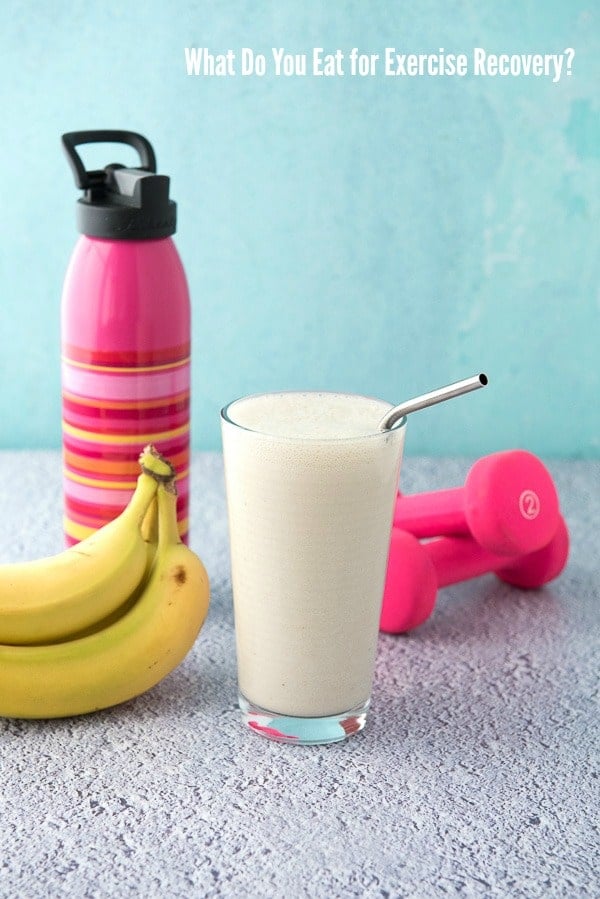 I live in a very sporty city. When moving here I was aware that Colorado was one of the fittest states in the U.S. but really had no idea how dedicated Boulder’s residents were to staying physically fit. My first clue was when attending a cocktail party to meet my new neighbors. Everyone moved in to our development phase within about 3 weeks of each other so there was lots of getting to know each other activities. Once at said cocktail party, my first ‘pair off’ was with a doctor from around the block who asked me point blank ‘so, what’s your sport?’  I was a bit thrown off guard. I actually began to panic inside my head; like when you are at a job interview and the interviewer veers unexpectedly off track asking about your hobbies. I’d been to plenty of events where people kicked off with ‘what do you do?’ meaning for a living, but had never been nailed on my commitment to physical activity.

I feverishly searched for an answer. Truth be told it had been a long time since I had ‘a’ sport. I was a stay at home mom of a two year old, and had moved across the country twice in eighteen months but answering ‘packing and unpacking my household’ did not seem like the right answer. I stroller-walked like a fiend, loved sneaking in a session on a Stairmaster when I could but really I had no sport. I fumbled saying I liked to hike and swim, then quickly changed the subject to ask about his ‘sport’ which went much more smoothly. 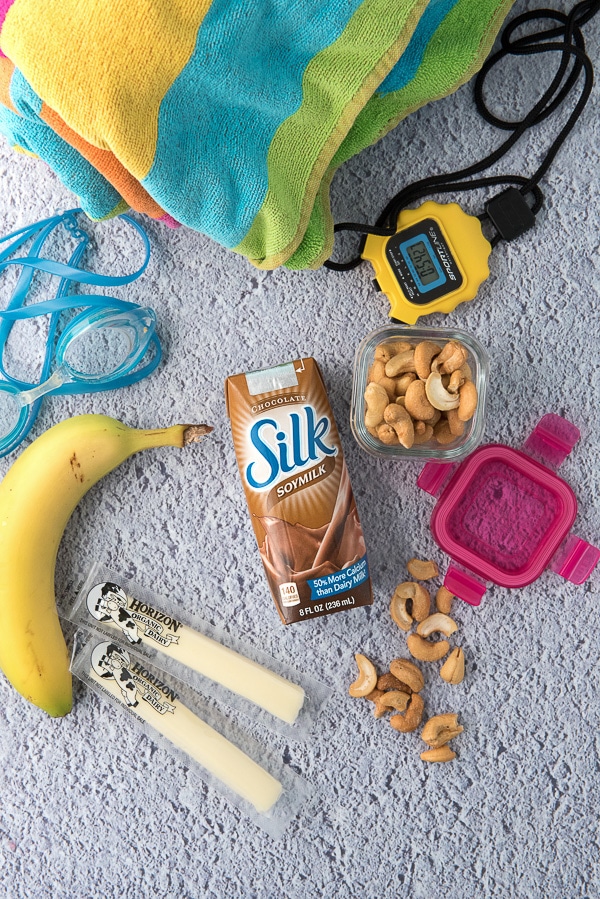 I always have been active, or had a gym membership, but really have not been involved with organized athletics since I was in high school. I was an avid swimmer but candidly grew up in the nutrition Dark Ages where we were given dry Jell-O mix to suck down like Pixie Stix before a swim meet ‘for energy’ (I shudder thinking about it as I do recalling laying in the sun, on purpose, in my case on tin foil using Baby Oil and Iodine for a darker tan).

The first year of high school swim team for me was led by the school’s very temperamental Shop teacher who did not possess the emotional constitution for the histrionics of teen girls and thought candy bars were great fuel. He was replaced the following year by an official swimmer and coach who led us to glorious success and cautioned us not to drink carbonated beverages because they were thought to effect one’s breathing capacity in some manner. With that as my only nutritional guidance, I consumed a huge plate of spaghetti and two Big Macs on the break between the regional morning Prelim meet and afternoon Finals and though typically a fast athlete, I swam the 100 yard Butterfly that day as though I was swimming through tar thanks to my ill-advised fueling.

Fortunately things have changed and I did not realize how much until my daughter begin to swim for her High School swim team. Candidly other than drinking water, I’d never given thought to ‘recovery’ until we were educated by a professional sports nutritionist about the finer points of fueling an athlete. The swim team feeds the swimmers within 30 minutes of exiting the pool with chocolate milk being key for the recovery process. I was dubious but after reading multiple studies learned it is the 4:1 ratio of carbohydrate to protein that aids recovery for endurance athletes (defined by more than 2 hours of exercise on most days), making it in the mind of many superior to sports drinks targeting the same result. The girls are given chocolate milk after their 2+ hour workouts along with other snacks of cheese, nuts, granola bars and fruit snacks, which they inhale on their way out the pool door.

What about those athletes with lactose intolerance, or that purely don’t care for dairy milk? Silk Chocolate Soy Milk also bears the golden 4:1 ratio of carbohydrate to protein providing it can be used as a recovery option for endurance exercise especially for those preferring a plant-based diet. 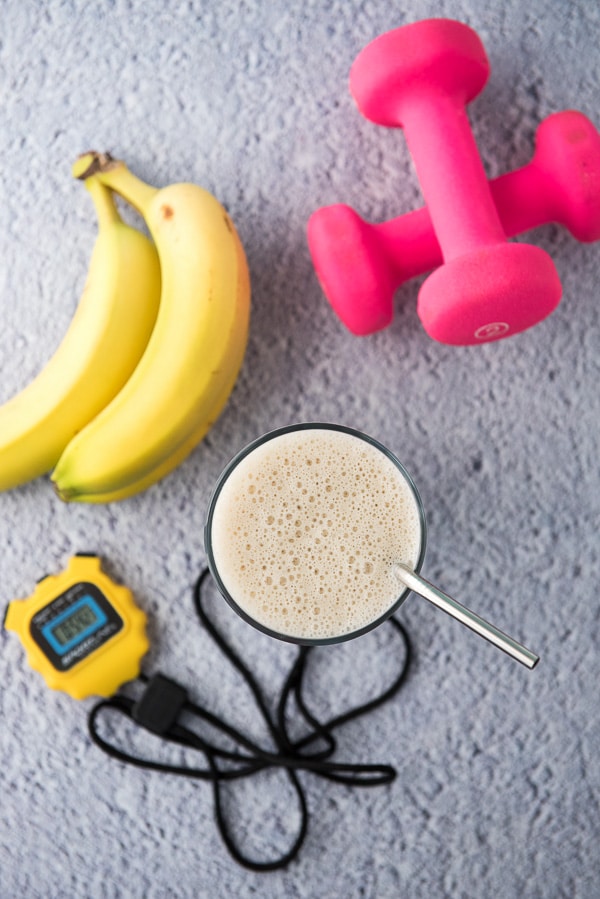 What about recovery for those pursuing regular fitness plans or activities, who are not working out at an endurance level? Having a post work out snack of quality protein and complex carbohydrate within 30-60 minutes of working out is still important to aid in muscle function recovery. A favorite plant-based recovery snack I love is combining 8 ounces of Original Silk Soy Milk with a frozen ripe, medium Banana in the blender. The pre-freezing of the banana (peel it and place the fruit in a plastic bag in the freezer) creates a creamy consistency when blended with the delicious soy milk, like a milkshake. Ripe bananas are naturally sweet requiring no sweeteners be added to the drink. 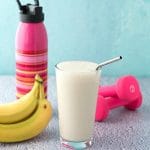 Eight ounces of original Silk Soy Milk has 8 grams of plant-powered protein, 9 grams of carbohydrate as well significant percentages of daily suggested intake amounts of Calcium (45%), and Vitamin D (30%) (a dynamic duo for exercise recovery and muscle functioning). The banana supplies 27 grams of carbohydrate and 1 gram of protein; combined with the Silk Original Soy Milk the 4:1 carbohydrate to protein ratio is achieved. Additionally, Silk Original Soy Milk has sodium (105 mg) and potassium (370 mg) which are both important electrolytes lost via perspiration during exercise. Coupled with the potassium from the banana (422 mg), this simple snack is a great option to get your body recovering and ready for your next exercise session!

If you have not tried Silk Soy Milk (11 varieties and flavors), you can use this Silk Soy Milk discount coupon to try any variety! 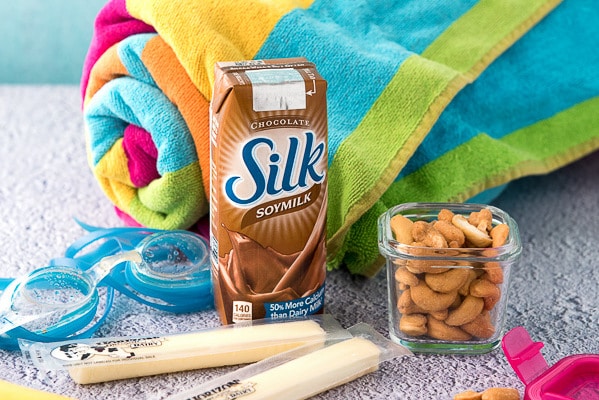 This conversation is sponsored by Silk. The opinions and text are all mine.