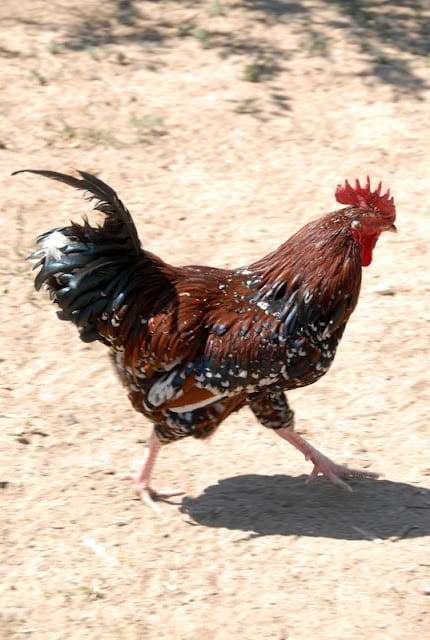 Last weekend on a beastly hot day my family and I made our way to Brighton Colorado and Den Farm.  Den Farm is a more recent endeavor of Yasu and Toshi Kizaki, owners of the long standing Sushi Den and Izakaya Den restaurants in Denver.  After 27 years of running the uber successful restaurants they returned to their parents’ roots in farming starting a farm of their own to feed their restaurants, draw greater connection to the source of the food being prepared at their restaurants but I suspect it nurtures their spirit as well.
Regardless of how popular ‘farm-to-table’ and eating locally have become, I’m not sure people think much about the farming aspect of it.  Though we are cooler for ‘knowing our farmer’ and in vogue for eating at restaurants that source locally, do we really understand what is involved with growing our food?
Immediately upon exiting my briskly air conditioned vehicle I was searing.  I half expected to see a buzzard circling overhead or hear the theme song to one of those dusty, parched Western’s begin to play.  It was high noon.  Others who were invited to come meet the farm and enjoy a barbeque lunch were arriving.  Lots of wide brimmed hats and tightly clutched water bottles began to amass in the shade of one sole, forgiving Cottonwood tree.  One of our hosts, Yasu, told us we’d take a short farm tour with the farm manager ‘Nobi-san’ (Nobi Sakai, a former sushi chef turned farmer) and then see their shining gem, the new greenhouse with Jonathan Ochsner,  the Greenhouse manager. 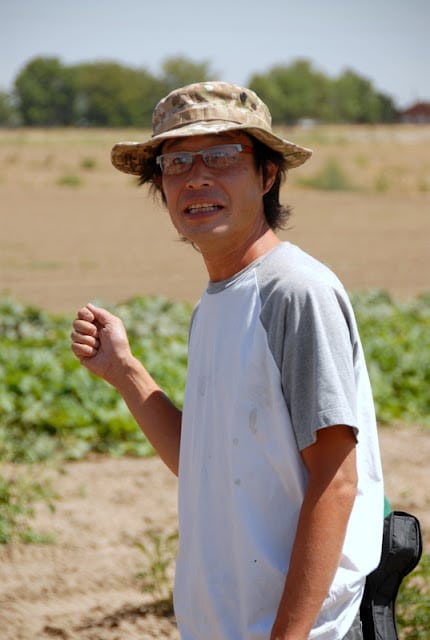 As we set out into the farm field my attention was caught by the language Nobi-san used to introduce us to the key players on the farm.  Howard Ochsner, the resident overseer responsible for ‘all the souls on the farm’.  He watches out that the workers are cared for and not overextended in the blistering heat that has defined our summer.  This was a fleeting first glance at the intent behind this farm which shines far brighter than simply growing produce. 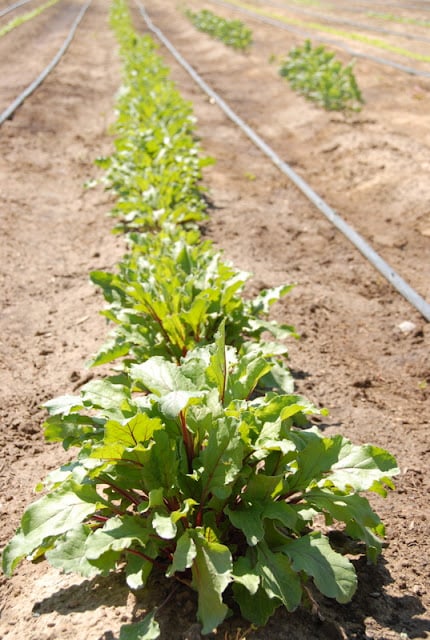 When I looked at the first fields I was struck by both by the arid appearance of the soil as well as the pristine condition of the rows.  All weeds are picked by hand by three workers.  No chemicals or pesticides are used in the process of the growing.  No GMO crops only heirloom or hybrids.  This represents not only a practice but more of a base philosophy.  Nobi-san went on to speak about the migration of summer pests moving from the smaller, annoying insects to now the larger ‘predators’ such as rabbits and raccoons.   Last week a family of three raccoons had made off with 10 of the 100 corn plants at the farm in one day.  ‘They too are welcome to eat here’, Nobi-san shared despite I’m sure hoping they might not stay to mow through the entire crop.  The only glimmer of persuading exit to uninvited diners is a high tech solar powered insect repellent that is only available overseas.  It operates at night when more ferocious devouring insects are at work by shining two spectrums of light, disorienting the insects causing them to fall into a bin of soapy water to their demise.  The only casualty since the device has been in use was one praying mantis; Nobi-san mentioned this regrettably as they are on the farmer’s team managing pests but feeling statistically it’s not a bad result. 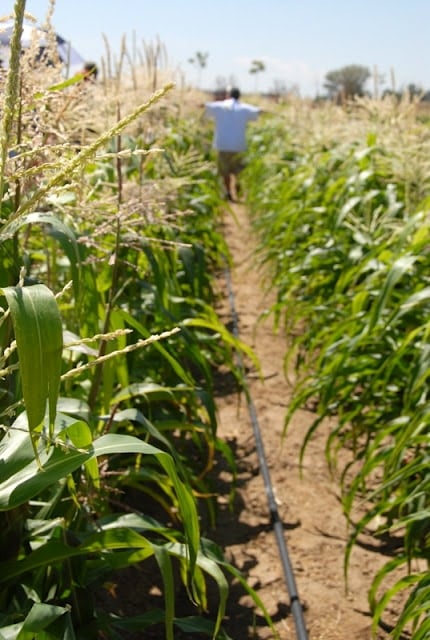 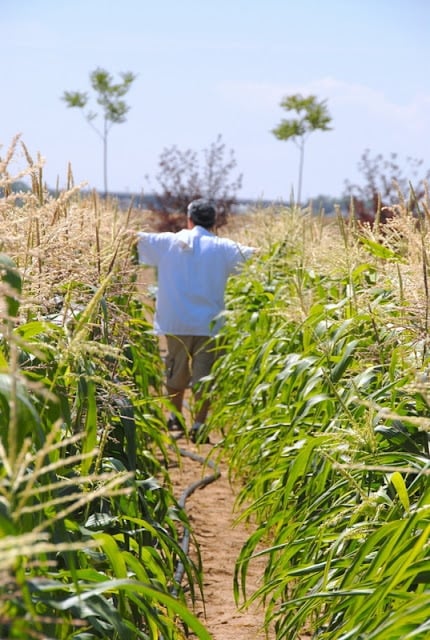 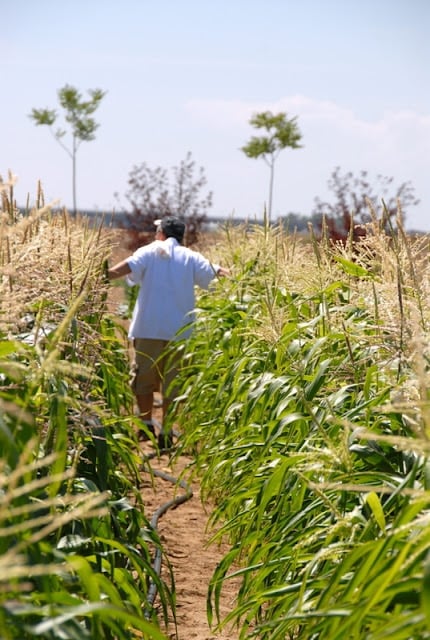 Colorado has experienced over 14 days of heat over 100 degrees and at least double that of heat over 90 this summer.  To most of us that means more air conditioning, ice cream and pool time.  It presents a completely different challenge for the farmers.  When heat is so pervasive seeds do not germinate readily nor does pollination happen easily.  Pollen becomes sticky and flowers will not open causing the need for human intervention.  Den Farm employs hand pollination which Yasu demonstrated walking between the rows of corn running his hands along the stalks.    It reminded me of the natural activities of children, to feel the texture of the silky tops on the palms of their hands but in this case he stimulates the release of the pollen into the air. 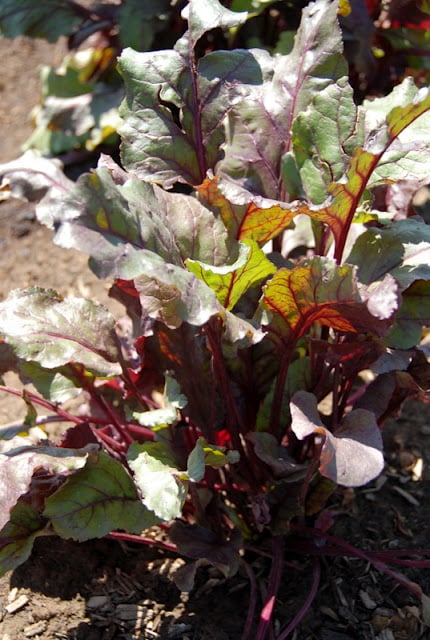 Den Farm operates on a succession planting scheme meaning planting to allow constant growth in all seasons.  They are currently experimenting with growing 400 varieties of produce (including Japanese varieties) in a slow, thoughtful courtship with the land, ensuring they know it well before narrowing to the species that grow best.   The challenges of high temperature have put in place the need for nimble and constant adaptation.  Nobi-san accepts this as the new climate currency, not spending time attempting to pin blame on global warming or climate trends.
About this time the grassy shaded patch with the promise of bottled water was appearing like a mirage for the heat.  And as my inner-whiner fought to pay attention, wiping sweat from my eyes, I reflected on the task daily facing those caring for this farm.  During our walk Howard brought Nobi-san water proclaiming it part of his duty in caring for all souls on the farm.  Subsequently Nobi-san did the same for the beaded-brow Jonathan, who bore the heat to instruct us on the state-of-the-art greenhouse.  The respect and honor between the men at the farm did not escape me.  All stewards of this land and this effort, they seem to regard a bigger responsibility, revering each other and the grace of the task at hand not just the details of their daily chores. 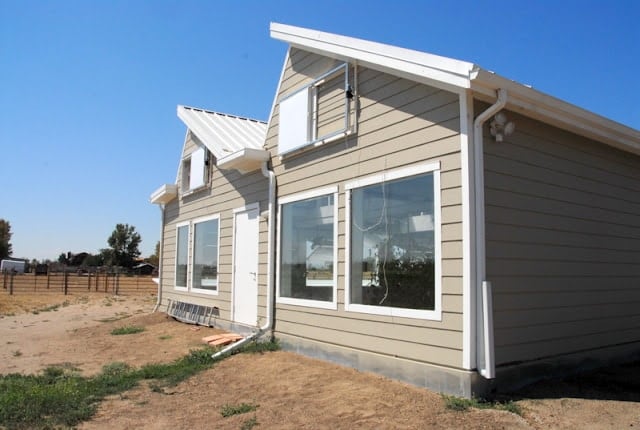 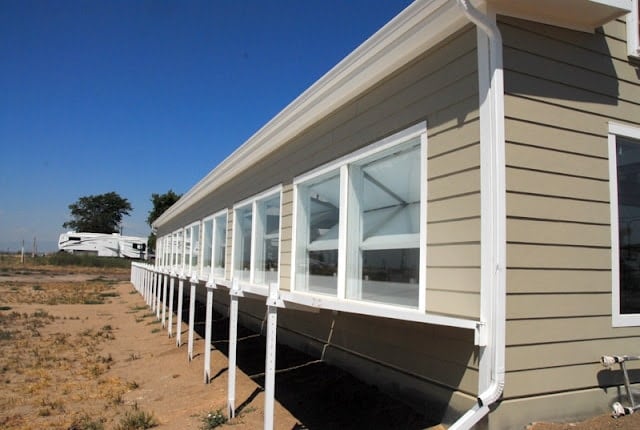 It seems an understatement to refer to the farm’s passive solar ‘greenhouse’ as just that.   With the help of Synergistic Building Technologies in Boulder they have employed completely elegant mechanism to support year round growing but also are blazing a trail for the technology to be refined and employed for others in the future from their learning.  The detail of the greenhouse is far too abundant to share here but is thoughtfully engineered in every detail to harvest sunlight, maximize benefits of temperature as well as mitigate temperature exposure.  The structure is lined with a shiny white metal that optimizes light reflection within the space.   The floor of the greenhouse is all specially selected and installed soil, reaching several feet below the natural surface of the earth.  Plants are started and grown directly in the greenhouse soil floor not in pots to be transplanted elsewhere.    This is the Cadillac of year round growing. 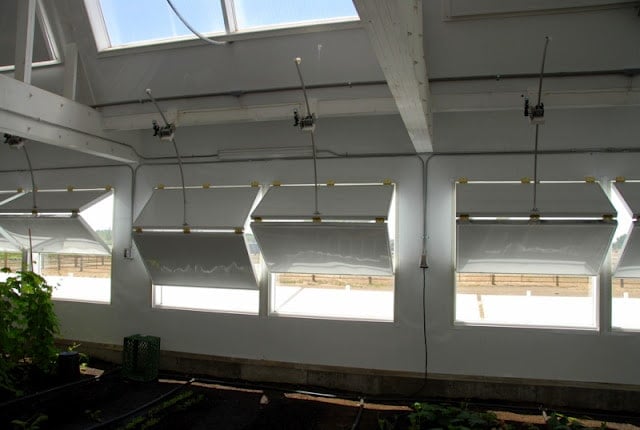 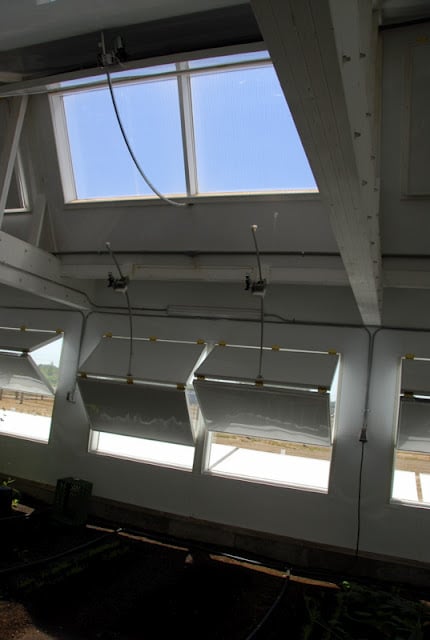 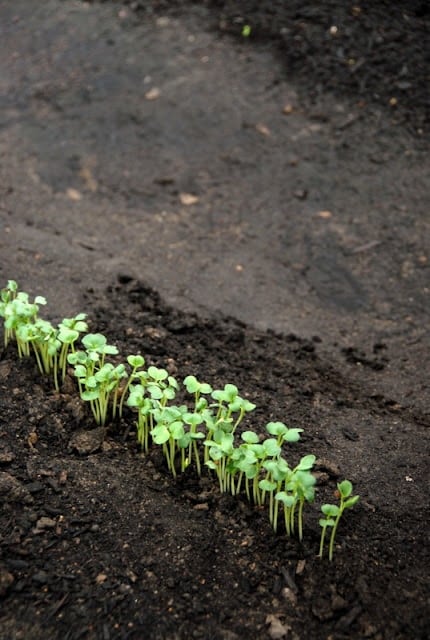 Following the tour and a presentation by Larry Kinney of Synergistic Building Technologies regarding specific of the greenhouse, we fled to linen covered tables in the breezy shade of the now beloved Cottonwood tree.  A grill had been fired up and was cranking out the most beautiful meat I’ve tasted in a long time.  We were welcomed by a long canopied table with every square inch filled with a variety of foods from fruits, to grilled vegetables, the wonderful grilled meats, and lovely Japanese foods.  It was a gracious and generous meal, prepared (as with everything I experienced of the day) with care and intent. 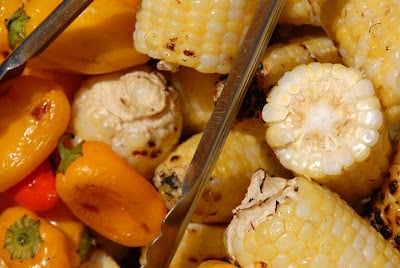 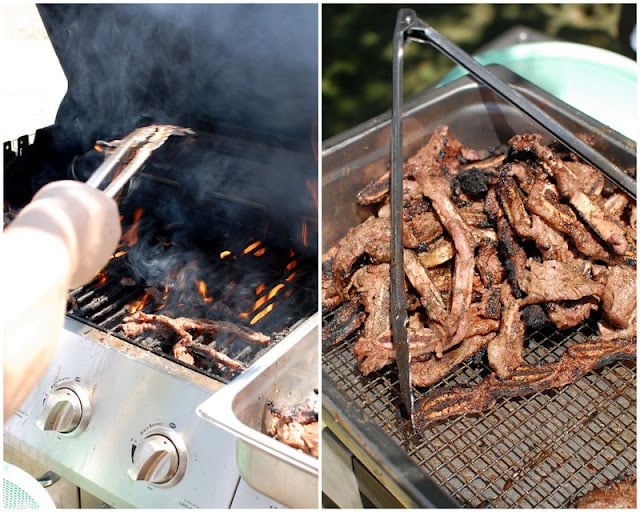 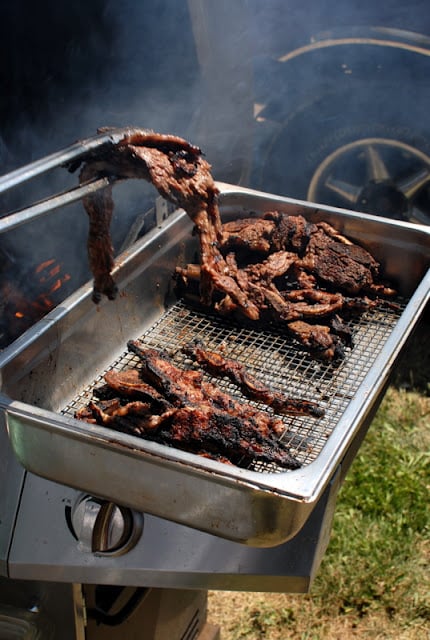 When we were departing, we went to bid Nobi-san goodbye, all feeling so fortunate to have shared part of the day and to have been benefactors of the thoughtfulness of this gathering.  I had thanked him myself for the learning and food.  “That is the best meat I think I’ve ever had’ (and I meant it; it was like butter).  Nobi-san smiled and bowed slightly.  ‘That is what we are trying to do.  Just trying to make life a bit better’.  That said it all.
« Cocktails of the Canadian Rockies: Pomegranate Cucumber Mojito (Jasper)
Grilled Peach and Corn Salsa »