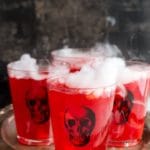 For those in warmer areas, the punch can be made beforehand and chilled for serving. There is a suggestion for adults feeling they need a little kick with their punch too! 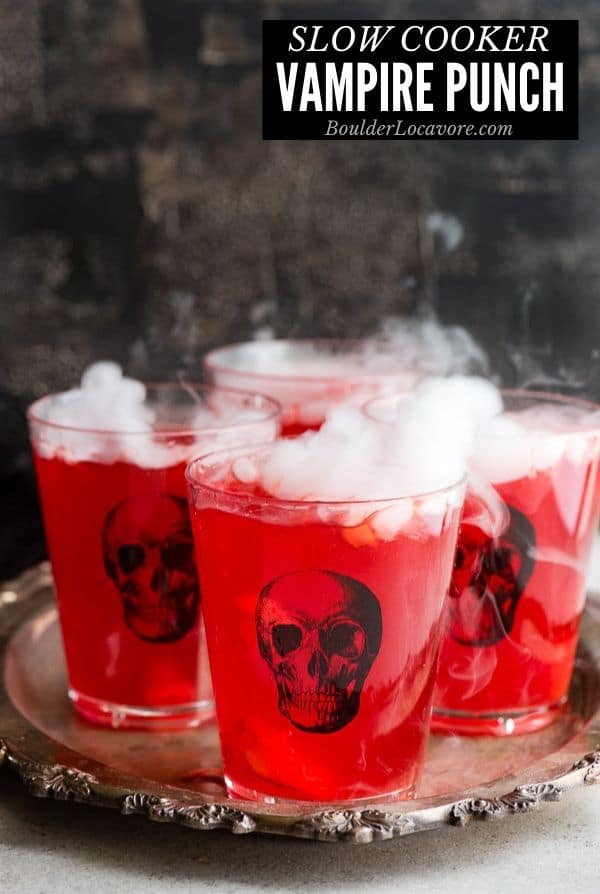 In Colorado Halloween often falls on a cold snowy day. It doesn’t seem to put a kink in Trick-or-Treating plans, we just often open the door to heavily parka’d princesses and Ninja Turtles.

It has however made me rethink the Halloween buffet I usually whip up for pre-outing noshing or friends dropping by.

This year I’m adding Slow Cooker Vampire Punch which can be served toasty warm or made ahead and chilled for more hospitable locations that don’t need a warm up. 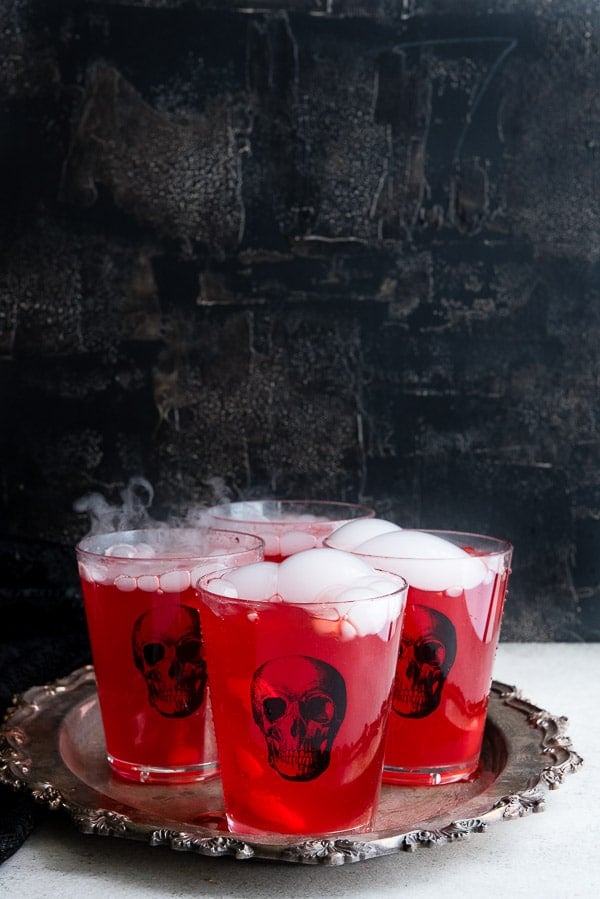 I find punches are always welcome and make an occasion feel like a party.

This recipe is a simple one with fruit punch, ginger ale and a spicy little surprise to make the flavor unexpected. Slow Cooker Vampire Punch is heated to blend flavors and keep warm while other festivities go on as usual.

When we first moved to our neighborhood in 2001 all the neighbors had moved in at the same time.

There was lots of socializing in many forms. Our first Halloween with our then 3-year-old daughter brought us to a neighbor’s home we did not know. 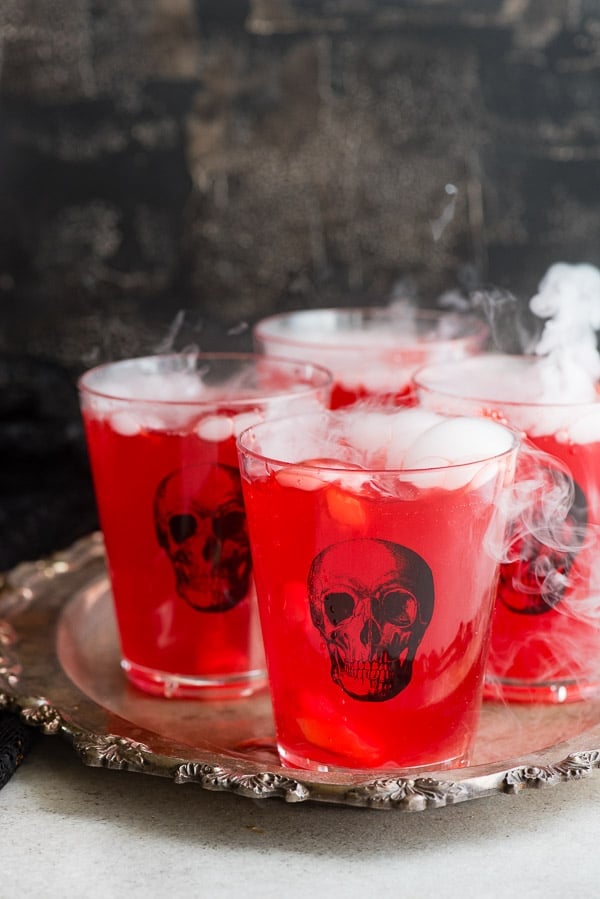 After boisterously greeting the tots in full costume and handing out candy, the woman of the house pulled out a tray of shots for adult ‘Trick-or-Drinking’.

They were shots of Schnapps or crème de menthe if I recall. Whatever they were, I clearly remember them as being strong and providing great fortitude for the adults for the long night of chilly candy gathering ahead. 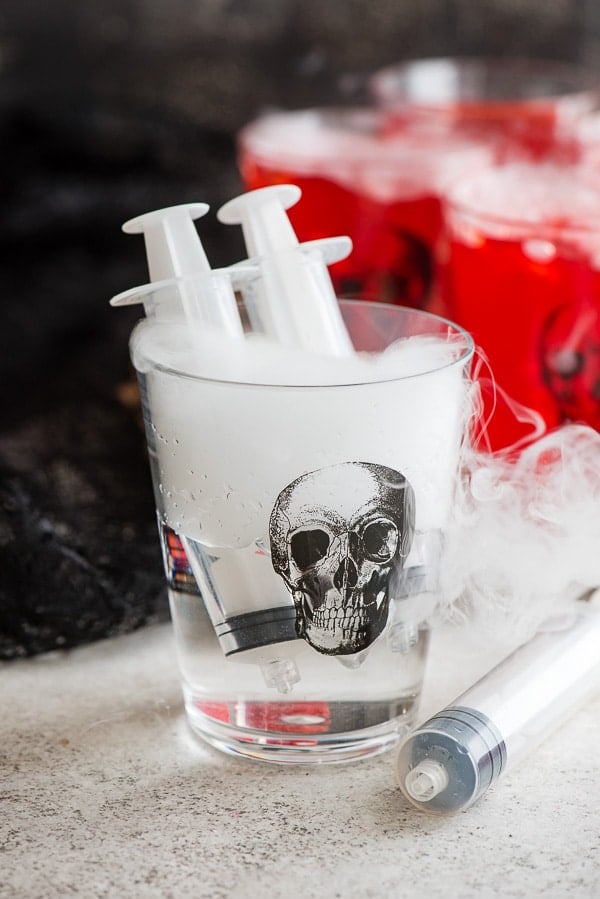 I would be fearful of liability for all sorts of things that could ensue following giving complete strangers shots of alcohol to head off into the night on foot. However, I love the idea of adults having the choice to booze up their punch if desired.

Shots, literally syringes, of vodka may be served on the side of the slow cooker vampire punch to turn it into a cocktail if desired!

Love the idea of using some dry ice in Vampire Punch? This Dry Ice Guide has you covered! 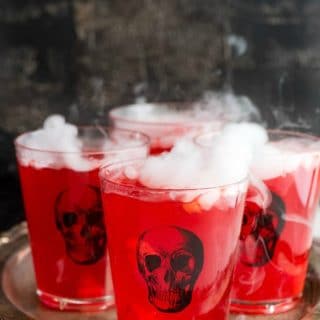