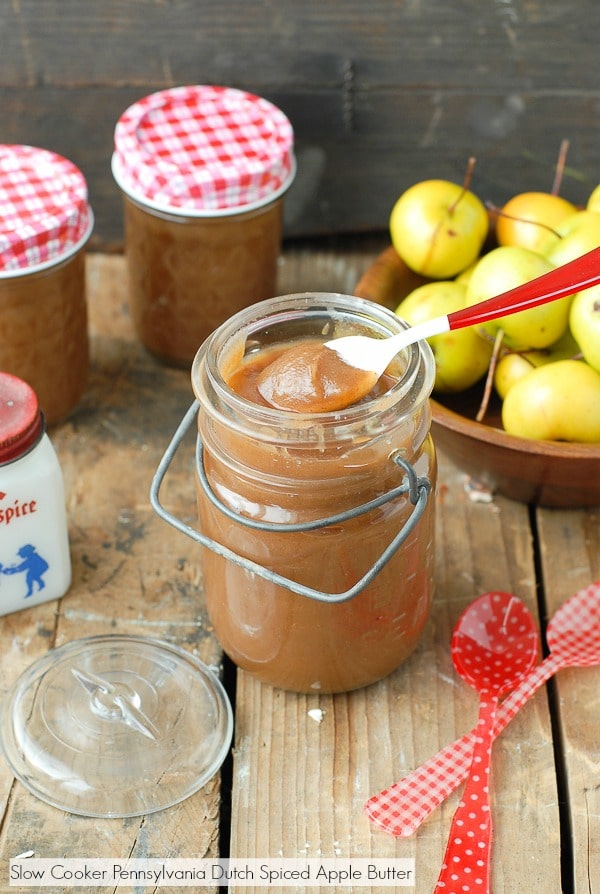 I love having the chance to delve into the background of foods what are cultural cornerstones of specific groups of people.

The chance to learn more about Pennsylvania Dutch Apple Butter was afforded thanks to an extra credit assignment my high school sophomore daughter received for her history class.

The teacher encouraged the students to research a food that was representative of a specific country or group of people (the list was long and covered everything they’ve studied for the first part of the year), to write a paper on its history and bring the food to school for an International Food celebration. Don’t you love that?

After traversing the globe looking for just the right recipe my daughter landed on Apple Butter as a food of the Pennsylvania Dutch.

Loving that it’s apple season now, I did a bit of research of my own, not really having experienced apple butter in my culinary history.

My husband on the other hand, whose mother and grandmother were from Pennsylvania, has fond memories of his grandmother’s long sessions of cooking and canning apple butter. 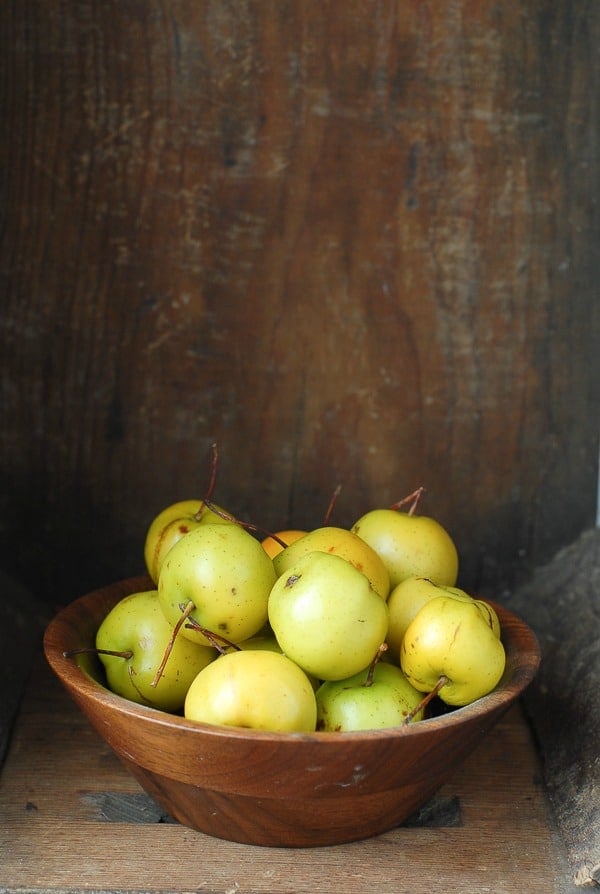 For those who, like me, might not be informed, apple butter is a dense apple spread (think condensed applesauce) which is made purely of fruit and seasonings.

The ‘butter’ part of the name pertains to the thickness and it is often used to spread on things such as toast.

I was equally fascinated to learn the Pennsylvania Dutch are not actually Dutch but rather of German descent (and are German-speaking) from the Rhineland.

I’m going to let my daughter Grace tell you more….

“The history of apple butter and how it traveled from Europe to colonial America is a story I find quite interesting. Apple butter was originally invented in Limburg, which is present day Belgium and the Netherlands, and Rhineland, present day Germany, during the Middle Ages.

As the first monasteries began to form, the idea of apple butter emerged.

The monasteries had large fruit yards which produced lots of fruit, and thus apple butter was invented to preserve some of the fruit grown at the monasteries.

Apple butter was brought over to colonial America by the Germans who settled in Pennsylvania, and who became known as the Pennsylvania Dutch.

Apple butter is considered one of the seven sweets and seven sours traditionally served at Pennsylvania Dutch dinners.

There are a few traditional sweet and sour side dishes, but there are no required side dishes that are served with every meal.

Apple butter falls on the sweet side and can be eaten on bread with the rest of a meal.

The seven sweets and seven sours are meant to ensure that both sweet and sour flavors are present in the meal, which enhances the flavor of the main dish. 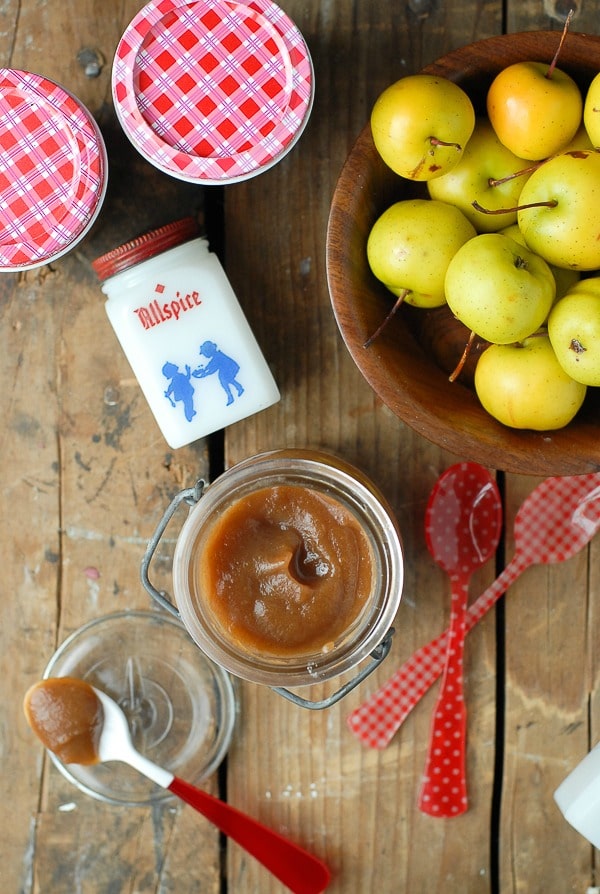 The making of apple butter was quite a social event for the colonial Pennsylvania Dutch.

First, families went to orchards to gather as many apples as they needed, bruised apples and apples on the ground were included in this process.

Most of the gathered apples would come home with the women to be turned into apple butter, the rest went with the men to make apple cider.

Once the apples were home the women got to work peeling, coring, and quartering them.

The process of coring and quartering the apples was called snitting, which was derived from the German word meaning to carve or to slice which is “schnitzen”.

People would have “Schnitzing parties” to make the tedious and repetitive work of peeling, coring, and slicing apples a fun social event.

Once the apples are peeled, cored, and sliced, creating apple chunks also known as snits, they were put into a large copper kettle along with the freshly made apple cider.

A hot, long-lasting fire was then made outside the house to put the copper kettle on.

The mixture had to stay bubbling, therefore making the fire a very key component to the making of apple butter. The mixture is then stirred with a long wooden paddle that allows the stirrer to stand back from the fire, to avoid getting burned.

The paddle also had holes drilled into the bottom to allow the apple pulp to get properly broken down.

This process can take anywhere from eight to twelve hours, depending on the quality of the fire, and is very labor intensive.

Many different traditions revolve around the way in which the apple butter is stirred.

Each family has their own special way of stirring that they believe is best. For example, stirring in the pattern of a figure eight versus walking around the pot with the paddle.

Once the apple butter is done, the coins are handed out to the children.

One thing stays the same however, you must touch the bottom of the pot while stirring to ensure that none of the apples burn, which would ruin the whole batch.” 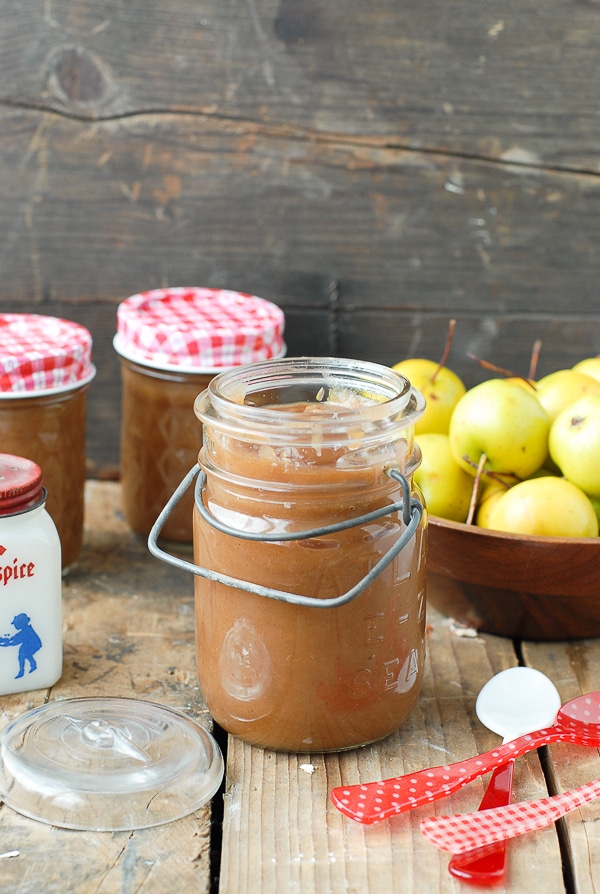 There is something so rustic, simple and soul-warming for me about recipes like this and the tradition of them.

I love the imagery of families and communities taking their time stirring the apples in the pot on a beautiful fall day, each with their own signature style!

Not having a large pot, an open fire or a village who could ‘spell me’ while stirring for hours, I created a modern girl’s equivalent of Slow Cooker Spiced Pennsylvania Dutch Apple Butter.

It too is a labor of patience, not requiring much stirring but still done best when spread over a day to simmer, reduce and thicken.

For those who (again, like me) love the idea of it, but are not sure how to use the end product, I’ve included some sweet and savory recipes at the bottom of the post! 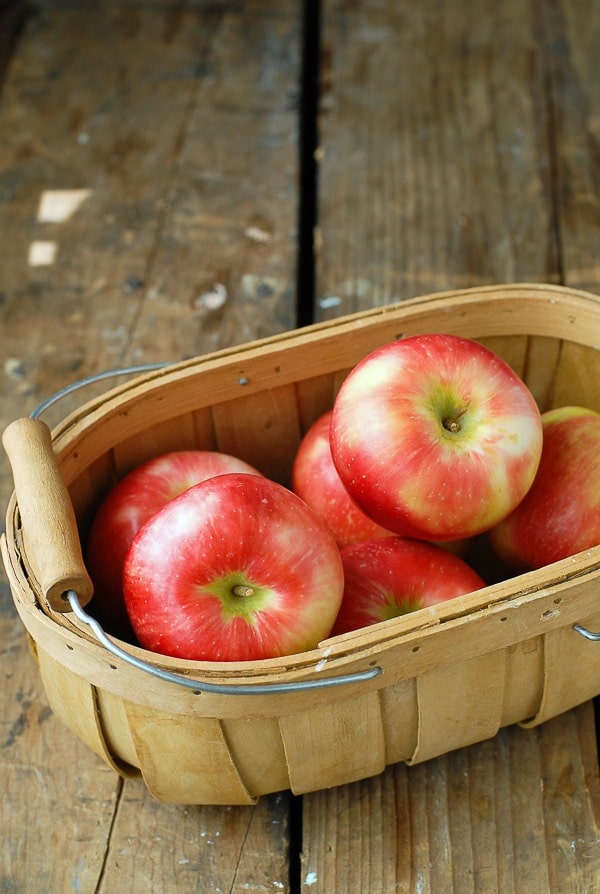 Using Apple Butter in the Kitchen {the Kitchn} 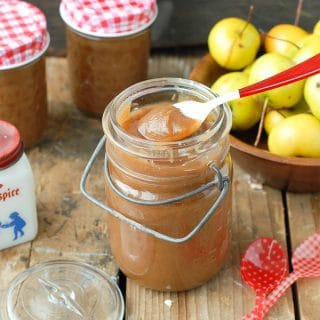 Apple Butter is a simple to prepare recipe that requires cooking all day to yield a beautiful spiced spread or ingredient for other recipes. Replacing the Pennsylvania Dutch tradition of families and villages stirring a heavy pot of apples over a roaring fire, is the slow cooker which simmers the fall mixture reducing it throughout the day. Once the mixture is finished it can be stored sealed in the refrigerator for use or water bath canned following guidelines for safety.
5 from 2 votes
Print Save Recipe Recipe Saved! Pin Rate
Course: Condiment
Cuisine: American
Prep Time: 20 minutes
Cook Time: 10 hours
Total Time: 10 hours 20 minutes
Servings: 8 Makes 1 quart total
Calories: 238kcal
Author: Toni Dash
Prevent your screen from going dark