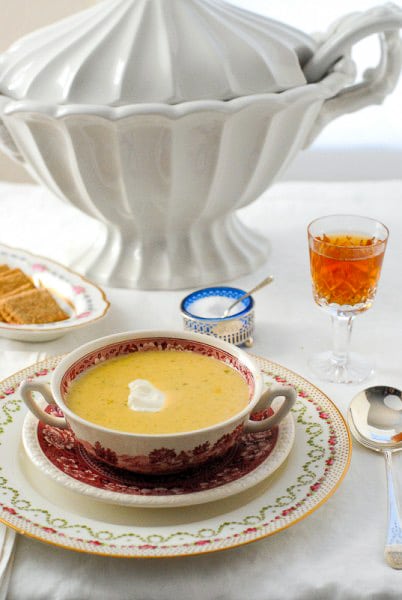 In the age of tawdry TV tales of socialite housewives, and addictive televised exposes of real people’s most intimate life details it might be a surprise that an historically based BBC series on the life and loves of an Edwardian period British household has taken the U.S. by storm. ‘Masterpiece Theatre’ is something one’s parents would be watching; or so I thought until I watched my first episode of Downton Abbey when I became immediately hooked. The ‘cool people’ are watching and tweeting about it. Unexpected  viewers, young, hip are completely reeled in to the rich, complex, relatable characters and real life human predicament transcending time while it tracks actual historical events.

The core story is of the mish mash of individuals comprising the elegant manor of Downtown Abbey. Within the confines of the stately residence viewers wander amidst the distinct subcultures of the wealthy, aristocratic Crawley family and their servant staff, often overlapping each other whilst maintaining the proper boundaries of their individual stations in life….mostly. The personal storylines remind us the human condition is timeless and independent of geography and hierarchy. There are heroes we love and villains we loathe. Weekly we soak in the most impeccable visual details of life in early 1900’s England through fantastically crafted costumes, room décor and outdoor scenery. Actors such as Maggie Smith bring compelling life to each character leaving us to feel we know them and appreciate what they each bring to the sophisticated, believable tale. One could imagine a series with this premise could feel cold and austere however BBC has done such an artful job resulting in a rapt, engaged viewing audience devoted to the individual players in the household, their life circumstance and barely able to wait until the following week for more.

Threaded through the multi-layered plot is the food. So much of Downton Abbey’s daily rhythm is all about the food. Most of the interplay with the downstairs staff takes place in the kitchen while preparing food, dining together as they discuss the inner workings of the household from their vantage point or serving the upstairs family, which is done flawlessly with footman and the keen scrutinizing eye of Mr. Carson the Butler. Lively family engagements of the upstairs family often occur over elaborately adorned formal table settings and multi course meals, everyone dressed properly for dinner and executing meals with precise ritual of a now bygone era.

The third season of Downton Abbey has completed airing in the U.K. but will be met with great anticipation of U.S. viewers this Sunday night, January 6.  In honor of that the publishers of The Unofficial Downton Abbey Cookbook (by Emily Ansara Baines) are offering one cookbook for a lucky Boulder Locavore reader.

I have a review copy myself and will say I’ve pored over every recipe. The cookbook features recipes associated with particular characters (The Dowager Countess’s Dark Chocolate Truffles, Mrs. Patmore’s Downstairs Pork Pie, Lady Sybil’s Poached Salmon with Creamy Hollandaise Sauce) as well as British favorites one would expect to be enjoyed more commonly either by the downstairs staff or the upstairs family (Bubble and Squeak, Classic Beef Wellington, Yorkshire Pudding, Downstairs Toad in the Hole). The cookbook is neatly laid out with background information about each dish including some history, how it might have integrated into life at Downton Abbey, pairing suggestions and etiquette lessons. I personally have made three dishes from the cookbook, all fantastic; one of which I’m sharing today, Saxe-Coburg Soup, an elegant but earthy seasonal pureed, cream soup made of Brussels sprouts, onions, and potatoes. It was delicious and very simple to make. 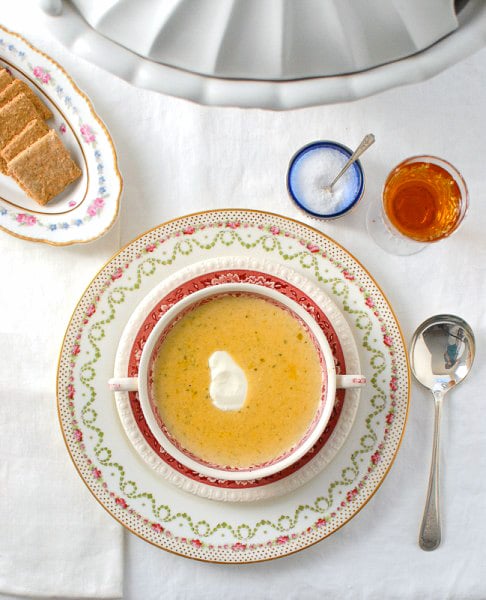 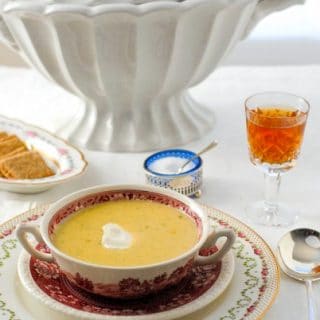 *I found the soup batch to be ample and would serve more than 4 in my humble opinion. Recipe excerpted with permission from The Unofficial Downton Abbey Cookbook (F+W Media)

Disclosure: I was provided a review copy of The Unofficial Downton Abbey Cookbook. Commentary represents my personal beliefs.