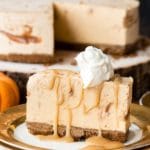 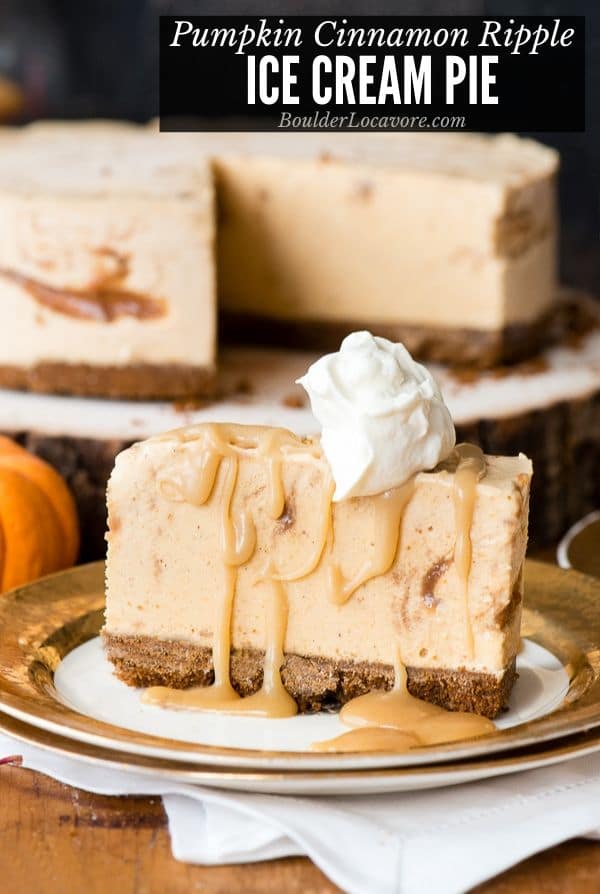 Even Thanksgiving traditionalists will LOVE this new dessert.

It’s fun to change up a traditional holiday dessert to still keep the familiar flavors but in a new form.

This ice cream pie does just that!

Ginger, cinnamon and pumpkin shine through but in a cool form which is often welcome after a big meal like Thanksgiving!

Using prepared ice cream as the base makes it quicker and easier to make! 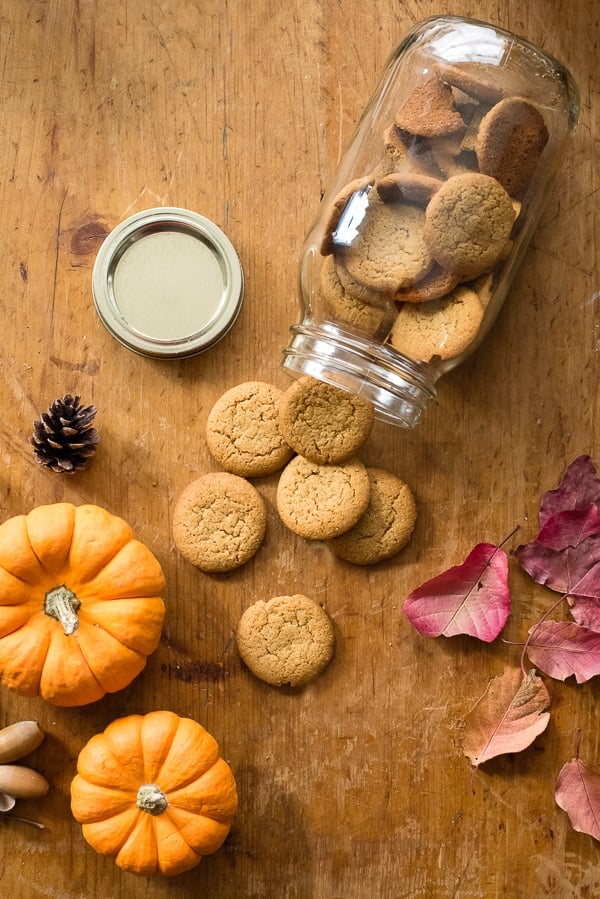 Ginger, cinnamon and pumpkin shine through but in a cool form which is often welcome after a big meal like Thanksgiving!

Using prepared ice cream as the base makes it quicker and easier to make! 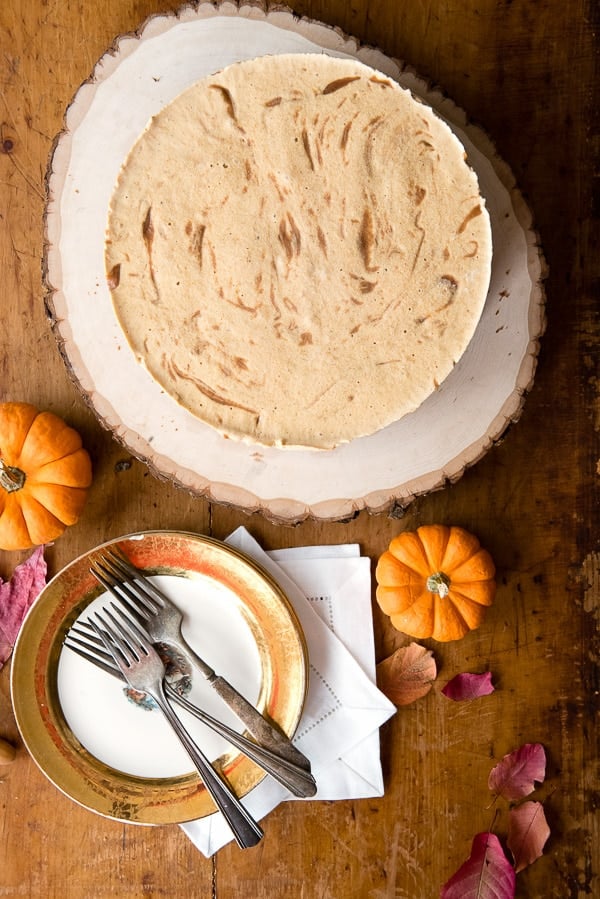 A No Bake Dessert Recipe for Thanksgiving

Today’s pie is also no bake pie. With the oven and stove top in high use, having a frozen pie prepared beforehand is a relief on a busy holiday.

It’s an easy mix of pulverized ginger snaps, sugar, melted butter and a pinch of salt formed into a crust and frozen.

The filling is softened vanilla bean ice cream mixed with cream cheese, pumpkin puree with a cinnamon ripple running through it.

Spooned into the pie crust and frozen.

It can be made the day before and not be part of the Thanksgiving Day kitchen madness! 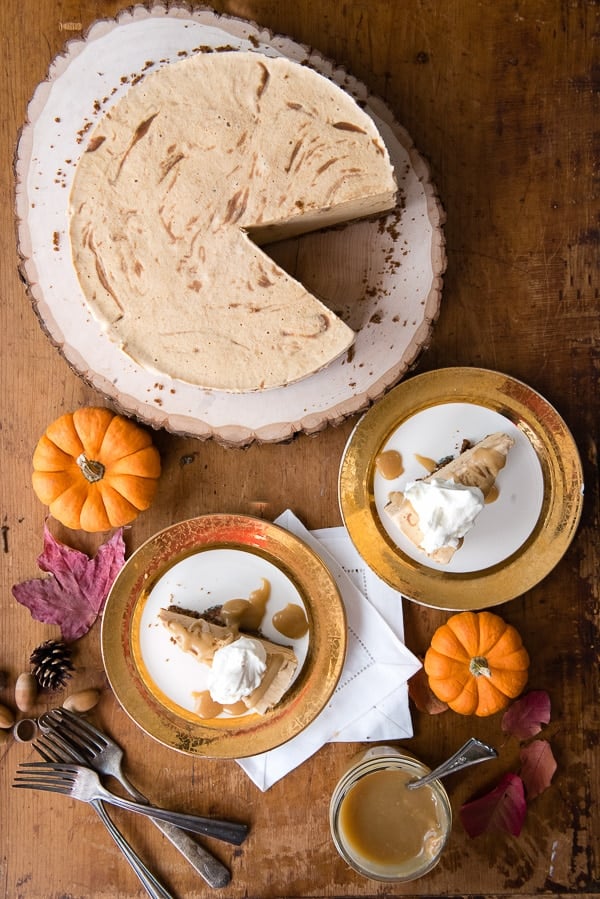 If you want to make this pie with gluten ginger snaps you may need to use a few more tablespoons of butter in the crust.

Gluten-free cookies are not as absorbent as gluten cookies so just follow the directions and add more melted butter until the crust has the consistency of lightly wet sand.

When ready to serve, remove the outer ring of the spring form pan (allowing it to sit at room temperature for 5 minutes can make that easier) and cut with a large, sharp kitchen knife.

Drizzle pieces with the salted caramel sauce and a dollop of whipped cream (optional). It’s a great end to a holiday meal! 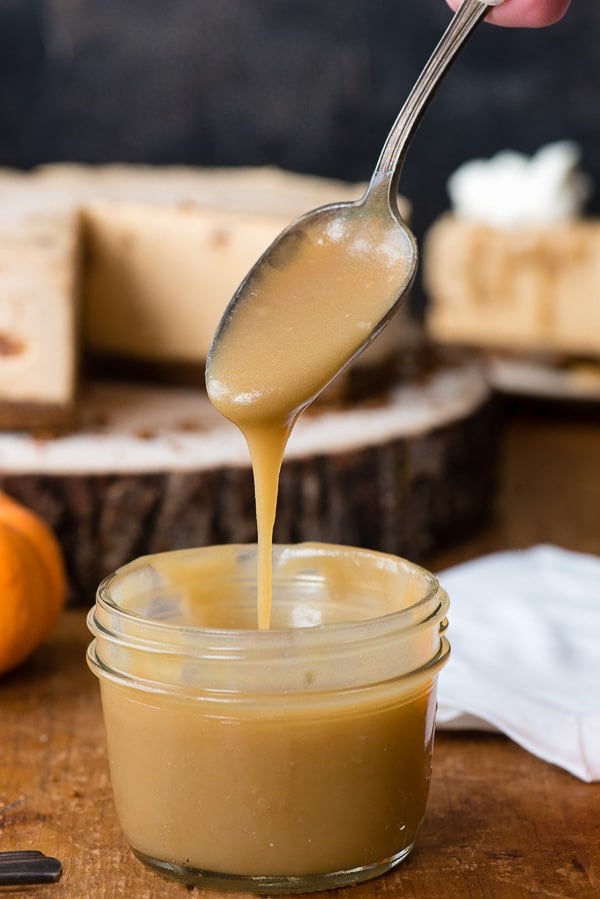 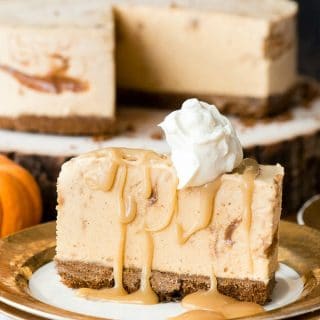