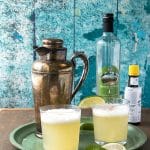 Light and citrusy Peruvian Pisco Sour cocktail has made a strong comeback since it’s debut in 1920! You can’t go wrong with a sipper that is the national cocktail of two countries! 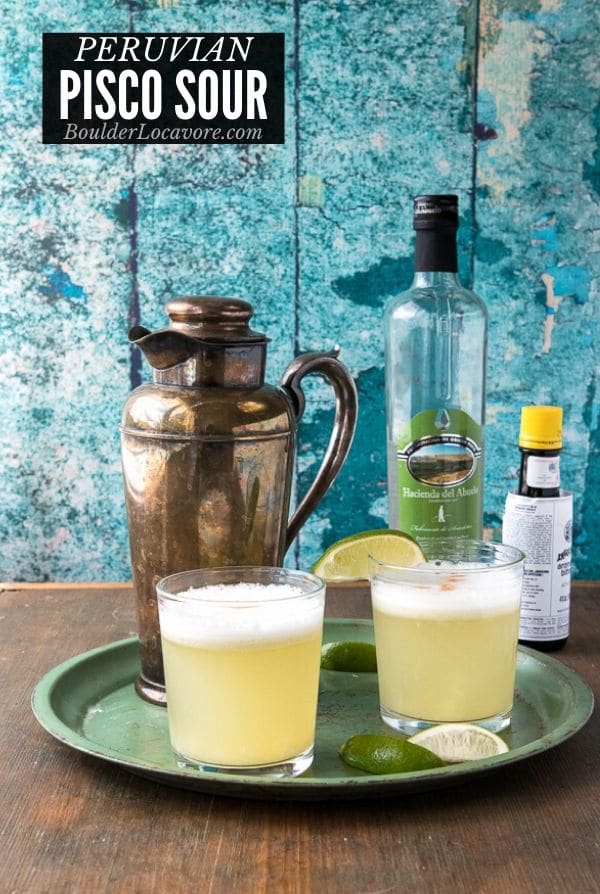 I’ve heard of this cocktail my entire life but had not started making it until a few years ago.

Like something that was consumed mid-century by daring travelers in smart shift dresses and dinner jackets.

This South American cocktail was developed in the 1920’s by an American bartender in Lima, Peru.

Indeed the bar of origin was frequented by the Peruvian upper class and English-speaking travelers.

The drink went through several iterations until the ratio of Pisco, simple syrup, key lime juice reached the agreed upon standard proportions of 3:1:1, landing it as the national cocktail of both Chile and Peru.

Though simple syrup can be purchased at the liquor store, make it at home.

The simple syrup for this cocktail is included in the recipe card at the end of the blog post.

To learn more and additional recipes check out this guide on How to Make Simple Syrup.

Key lime juice can be freshly juiced if key limes are available to you. Also it can be purchased online.

Regular lime juice or lemon juice may also be substituted.

Pisco is a brandy made in Peru and Chile.

It’s is made by distilling fermented grape juice into a high-proof alcohol.

It can be colorless, or light yellow to an amber color.

It was originally developed by 16th century Spanish settlers to replace a Spanish brandy that we imported to South America.

When ingredient shopping, I snapped up the last bottle of Peruvian Pisco at my local liquor stores.

There is debate about whether Pisco from Chile or Peru is better (they are usually made by different methods).

I can’t settle that debate but I CAN say that Pisco is a lightly citrus flavored liquor that packs a punch.

The alcohol content of Pisco can vary so pour wisely when mixing it up in a cocktail!

The addition of egg whites in the last step create a classic frothy top.

If preferred, you can omit the egg whites and enjoy the cocktail without the top layer. 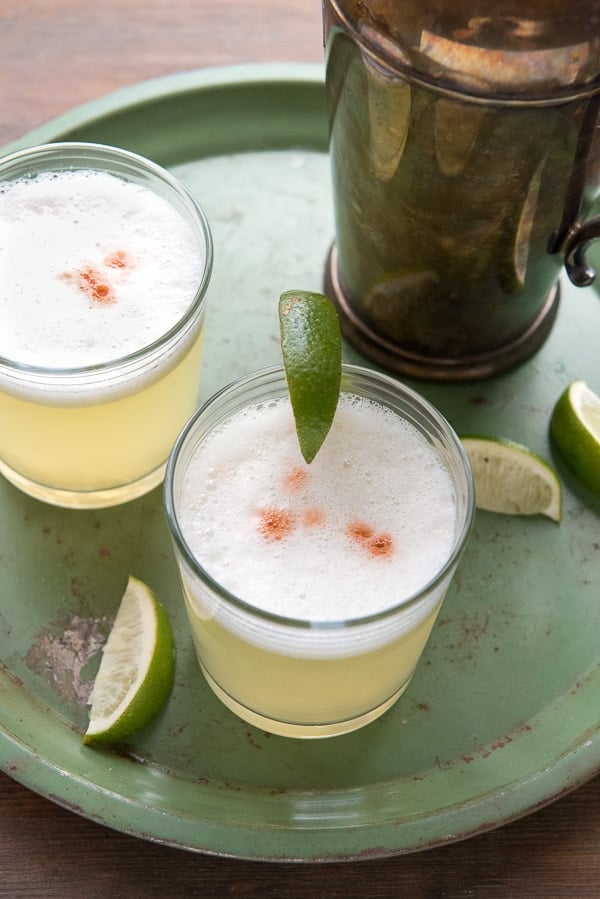 How to Make a Pisco Sour cocktail – Step-by-Step

NOTE: it can be made ahead of time. Simple syrup can be chilled in the refrigerator for up to 3 weeks.

STEP 3: Combine the blender mixture and egg whites in a cocktail shaker. Shake vigorously until frothy.

STEP 4: Serve in 4-6 tumbler glasses with a dash of Angostura Bitters in the middle of the foamy top. 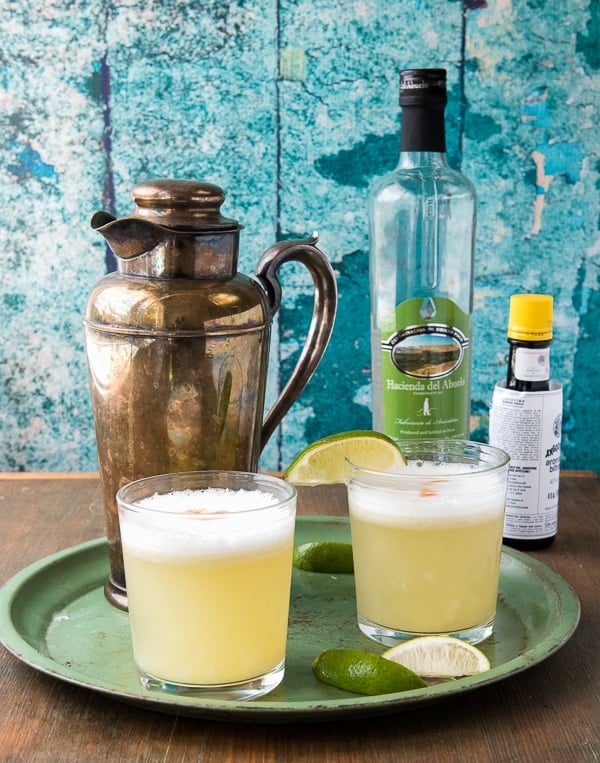 Try These Cocktail Recipes too!

This cocktail recipe is just one from the exciting  Latin Twist, a book of traditional and modern cocktails spanning 19 Latin countries and 97 cocktails, penned by award-winning blogger-authors Yvette Marquez-Sharpnack and Vianney Rodgriguez. 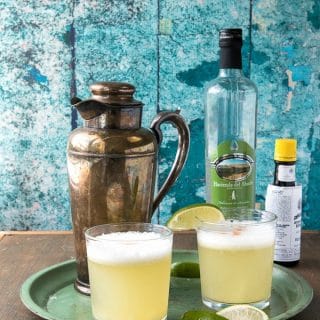 “This classic cocktail is claimed by both Chile and Peru. The usual combination of 3 parts Pisco to 1 part lime juice to 1 part simple syrup results in a tart, bold Pisco Sour. Cut back a bit on the Pisco to make it a little milder. The egg whites are traditionally used to create a frothy top layer, but you can leave them out if you prefer.” –Latin Twist
5 from 27 votes
Print Save Recipe Recipe Saved! Pin Rate
Course: Cocktail
Cuisine: Latin American
Prep Time: 10 minutes
Cook Time: 5 minutes
Total Time: 1 hour 15 minutes
Servings: 6 Serves 4-6
Calories: 189kcal
Author: Toni Dash
Prevent your screen from going dark

Disclosure:  I received a copy Latin Twist for the purpose of this review. All opinions are my own.