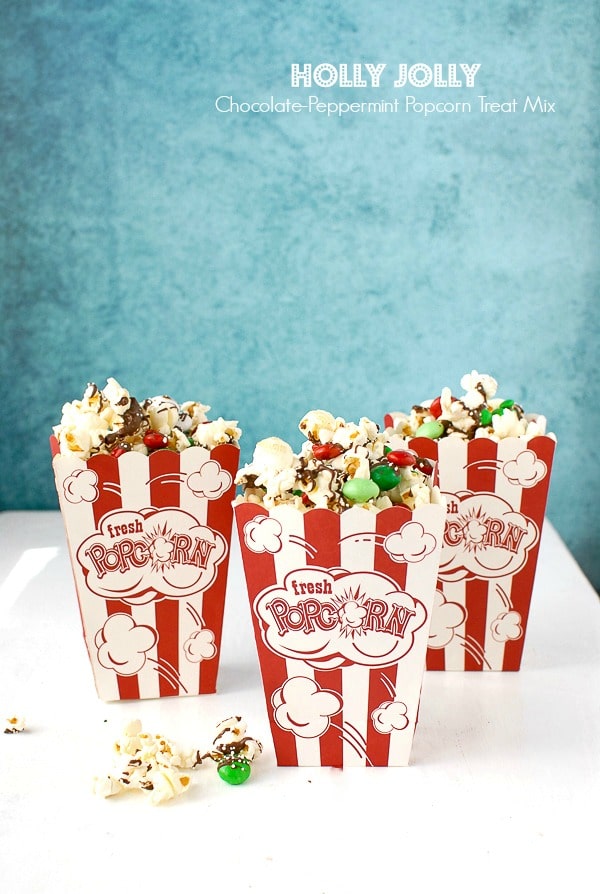 An activity that my family loves probably most of all about the winter holiday break is watching movies. It’s a time of year offering loads of new movies in theaters, with more being family-friends than what seems to be the norm of R-rated movies excluding younger viewers from the movie going mix. This year certainly has garnered the attention of young and old with regard to international politics and cyber terrorism around the release of one simple movie. Whether or not to release it has attracted worldwide attention in the precedent-setting game of cat and mouse.

We’ve gone to see the final Hobbit movie (The Battle of the Five Armies), waiting anxiously all year for it to arrive. Free Christmas movies have been streaming non-stop on family iPads. Having been a child fan of the original Planet of The Apes movie series, I played both more recently released movies on my large computer monitor while toiling through hours of Christmas wrapping in my home office. It took both feature length films to finish the job….with a bit left over. There are a number of in-theatre flicks we hope to see:  Annie, Big Hero 6, Penguins of Madagascar, and Night at the Museum: Secret of the Tomb. I’m interested in Big Eyes having seen those big eyed pictures, never guessing such a drama lay behind them. 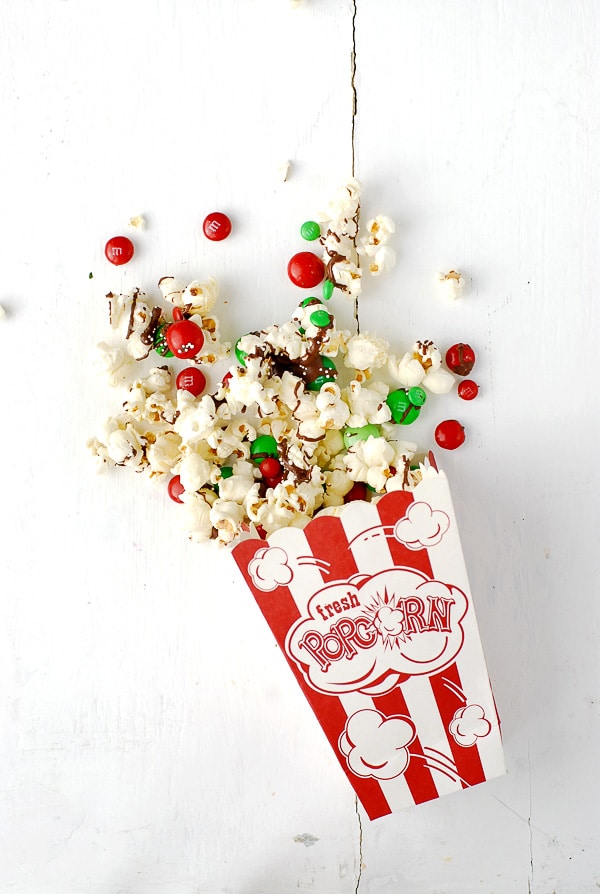 Between Netflix and Amazon Instant Watch it’s a great time to catch up on movies missed in theaters at home, or to rewatch old favorites; Elf and The Polar Express at this time of year. I usually include a ‘Let’s Watch a Holiday Movie’ in our Countdown to Christmas, with movie size candy boxes being the treat to go along with it. We love popcorn too and I wanted to make a fun popcorn treat that was easy and festive:  Holly Jolly Chocolate-Peppermint Popcorn Treat Mix. 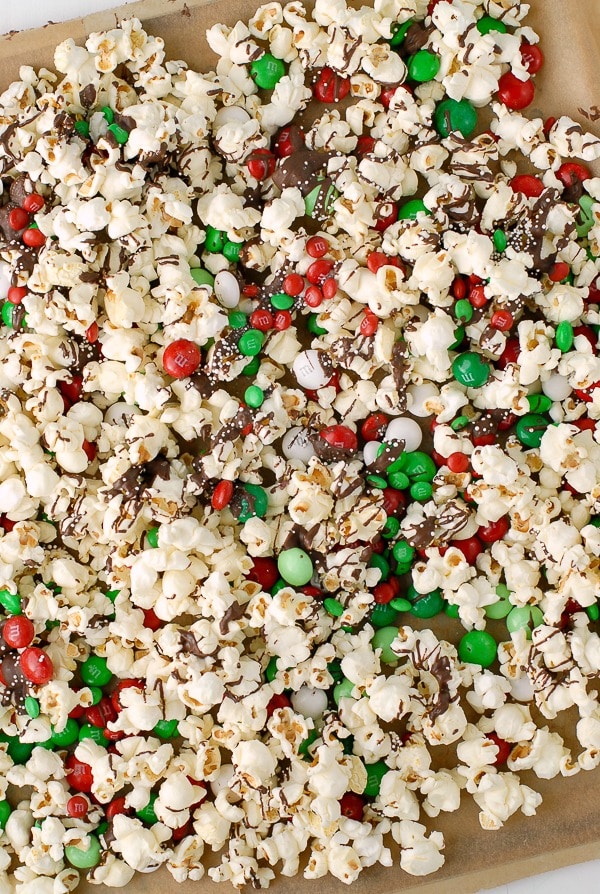 Our favorite way to make popcorn is with the Whirly Pop. A very simple gadget that does it the old fashioned way, a pot with a lid and a crank that generates an arm to constantly sweep the bottom preventing burning or ‘old maids’. One batch yield about 16 cups of fluffy, fresh popcorn. Three types of seasonal M&M’s are included and the mixture is drizzled with popcorn, sprinkled with mini seasonal M&M’s, white nonpareils cookie decorations and salt. It’s a perfect mixture of salty, sweet, chocolate peppermint and popcorn! 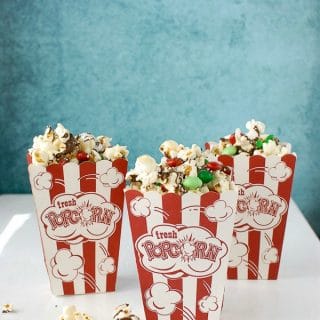 *I use Coconut Oil because of its mild flavor and solid consistency at room temperature (to help the drizzled chocolate solidify). Other liquid oils with mild flavor may be also used however add the oil beginning with 1/2 teaspoon, increasing by 1/4 teaspoon to gain the desired consistency; 3/4-1 teaspoon should be plenty. Too much oil in the chocolate will prevent it from hardening. Different types of chocolate liquify differently so it's best to start with a smaller amount and add more oil if required (again not more than 1 teaspoon) 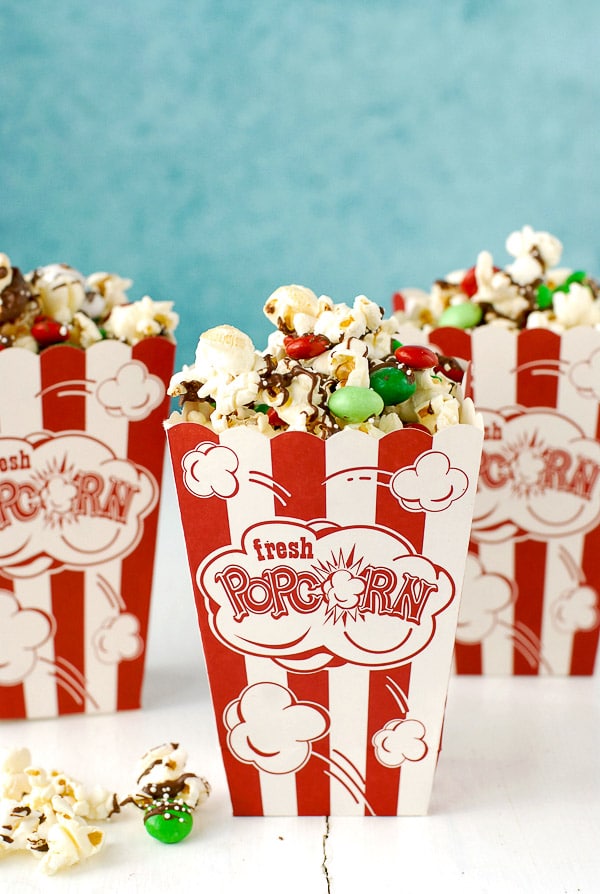