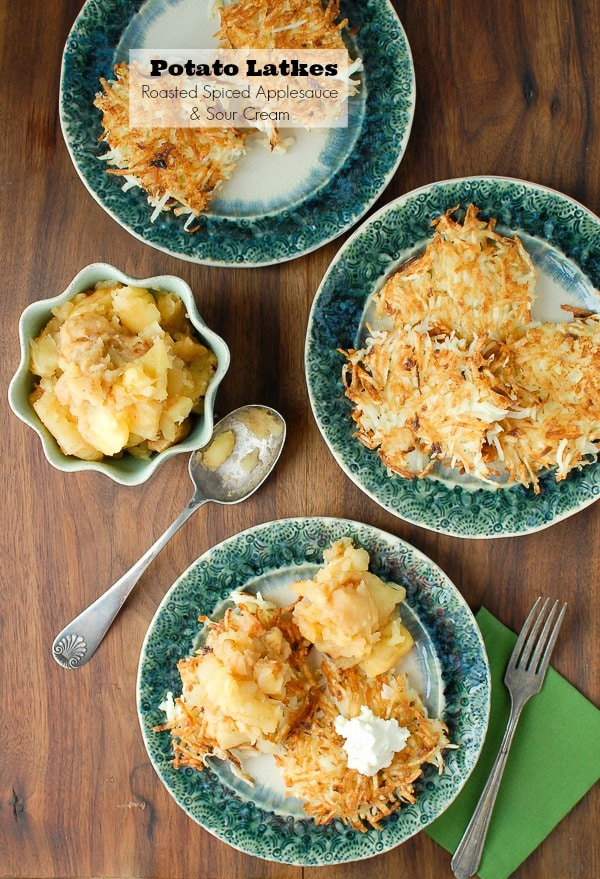 Hanukkah begins after sunset Wednesday December 1 this year (2010) and though I’m not Jewish far be it for me to let a festive occasion involving food pass by without getting into the mix. Like birthday cake, those foods which mark a holiday shape of the joy of the season, often feeling out of context when eaten at other times of the year for me.

What is a Latke?

A latke, should you not have had the delight of eating one, is a close cousin to an American shredded potato hash brown. There are variations to the potato mixture but they are all simple, perhaps involving onion as mine does, and fried in oil. This last part is the main symbolism for Hanukkah. The frying in oil reminds us of the one day of oil that burned for 8 days in the holy temple’s menorah.

Traditionally latkes are served with applesauce and sour cream. I personally love a more rustic, roasted homemade applesauce for the flavor and texture which is fantastic on latkes.

We’ve included a chunky roasted applesauce recipe below. You can also make a homemade applesauce or Instant Pot applesauce.

The flavor combination of the fried, slightly salty potato-onion, with the chunky sweet applesauce and the sour cream is nothing less than sublime. 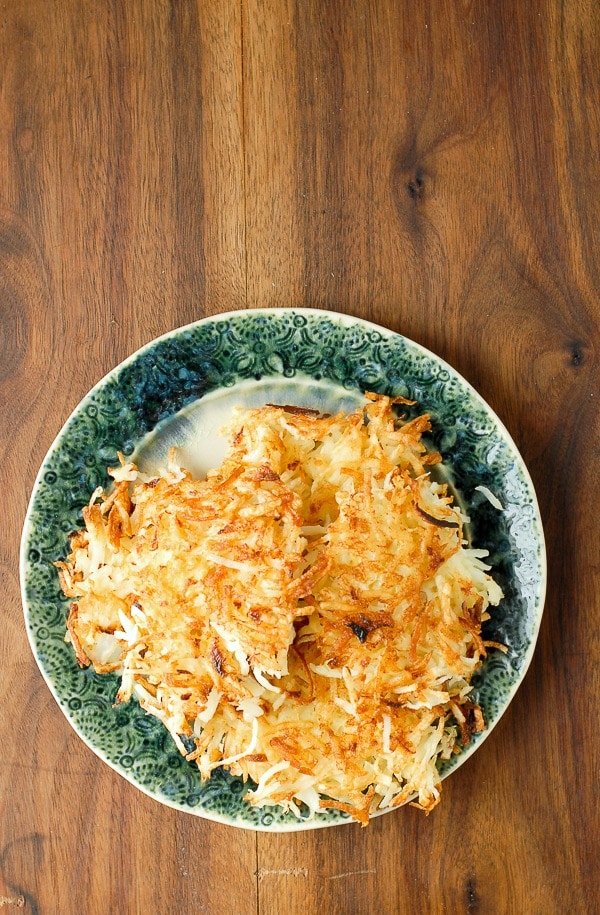 Russet Potatoes. The potatoes are peeled and grated to form the potato pancakes.

Yellow Onion. Also peeled and grated to be mixed in with the potatoes.

Eggs. Helps bind the grated potatoes and onions together to form patties for pan frying.

Flour. Regular or gluten-free measure-for-measure flour can be used. This also helps with binding the latke mixture together.

Kosher Salt. For flavor. We recommend this type of salt because it’s a less salty tasting salt and dissolves well.

Oil. Used for pan frying. Sunflower oil or safflower oil are favorites because they can cook at high temperatures without smoking and have mild flavor. 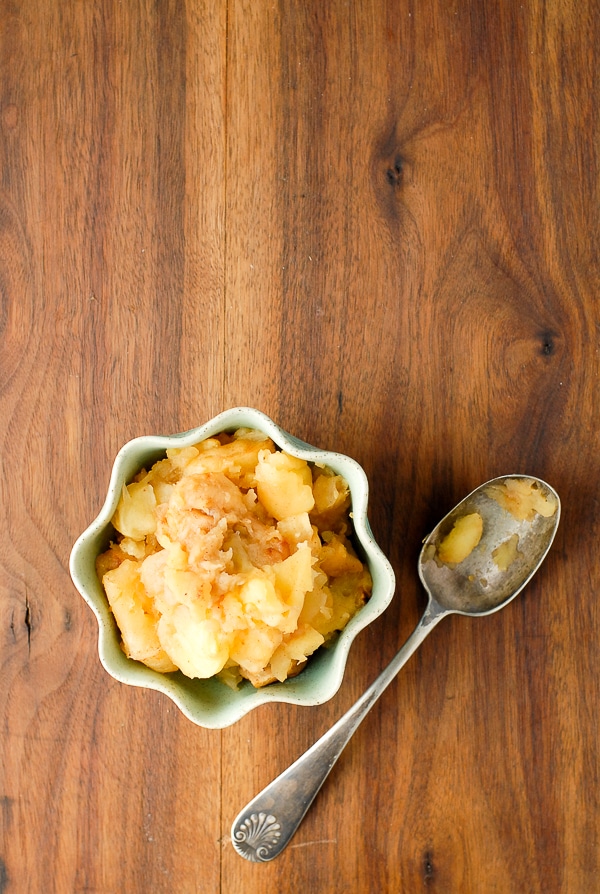 Place the grated potatoes in a large bowl. Fill with cold water and allow to sit for a few minutes, swish them around. This helps remove the starch.

Drain in a colander.

Return the drained potatoes to the mixing bowl. Combine with the onions.

Place the mixture in cheesecloth or a thin clean kitchen towel. Squeeze the mixture to remove any excess water.

Return the mixture to the dry mixing bowl.

Sprinkle the flour and salt over the potato pancake mixture. Add the eggs.

Heat a large skillet over medium-high heat. Add enough oil to cover to the bottom of the pan.

Heat the oil until ripples can be seen on the oil’s surface.

Form patties with the potato mixture about 2 1/2-3 inches in diameter.

Gently lower them into the oil using a spatula. Be careful of splattering!

NOTE: a spoon can be used to stabilize the latke along with the spatula when turning.

Remove them and place on a paper towel on a plate to absorb any excess oil. Serve warm. 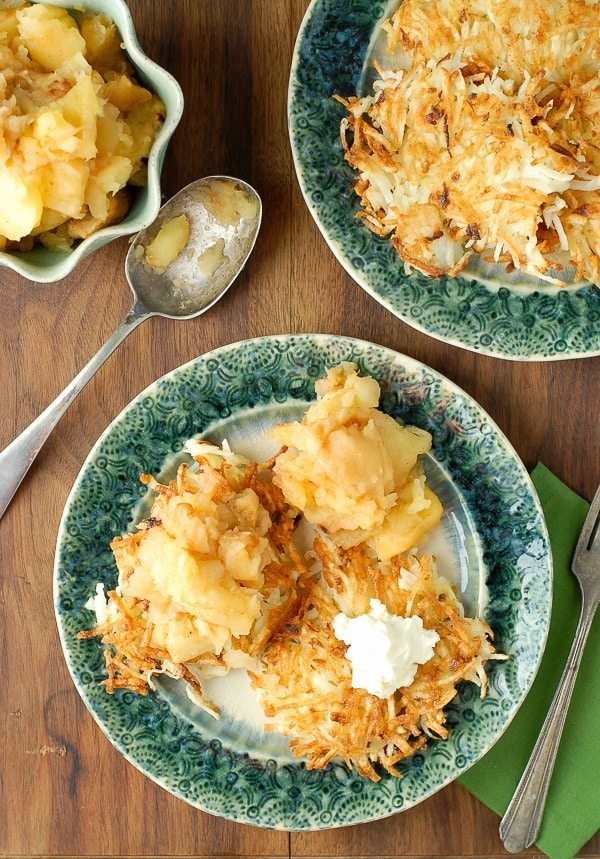 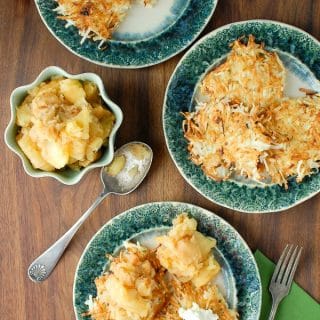 Ingredients for the Roasted Spiced Applesauce:

Ingredients for the Potato Latkes:

Instructions for the Potato Latkes: