With fall settling in and busy food holidays upcoming, using a grill to off load some of the key cooking solves a space issue and offers a unique twist on a classic dessert. Grilled Pumpkin Pie with Hickory-Smoked Ginger Snap Crust is made fully on the grill and will be a great addition to your cool weather dinner table! 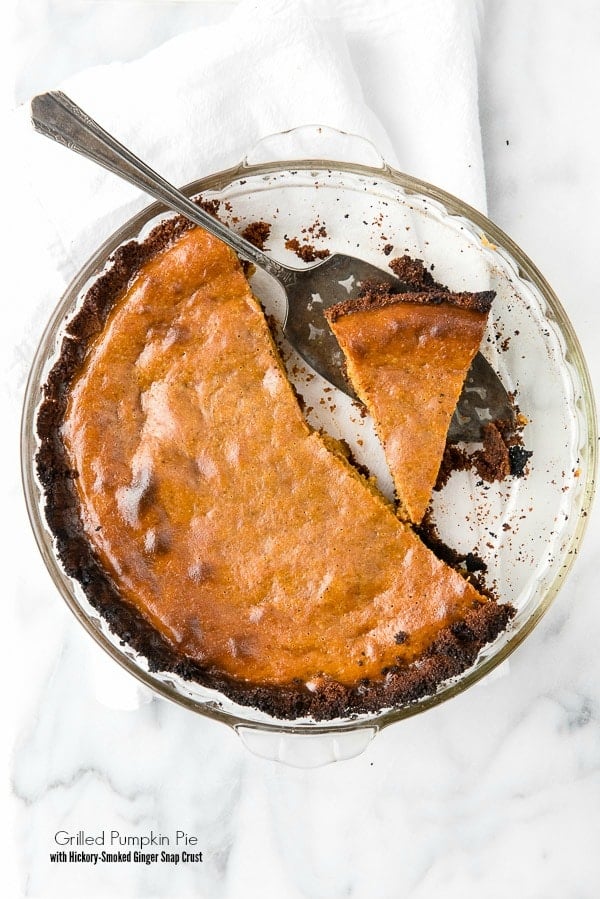 Happy first day of Fall! Though in my routine, fall mentally begins after Labor Day, the official calendar proclaims today to mark the seasonal change. Feeling that is always best done with food I have a fun summer-meets-fall recipe to share: Grilled Pumpkin Pie with Hickory-Smoked Ginger Snap Crust.

For weekend grillers, meat and vegetables are generally the primary things that come to mind when firing up the charcoal. I learned last year that is the short list and really almost everything that can be cooked in a traditional oven or on a stove top can be considered for the grill.

I had the good fortune to meet Steven Raichlen, (author, grilling luminary and TV show chef) last summer when I attended his BBQ University in Colorado Springs, Colorado. I attended BBQU with the goal of upping my grilling game both for personal and professional reasons. I was at BBQU about 2.4 nanoseconds before I realized I actually had NO grilling game; I simply knew how to grill hot dogs and sausages without burning them. 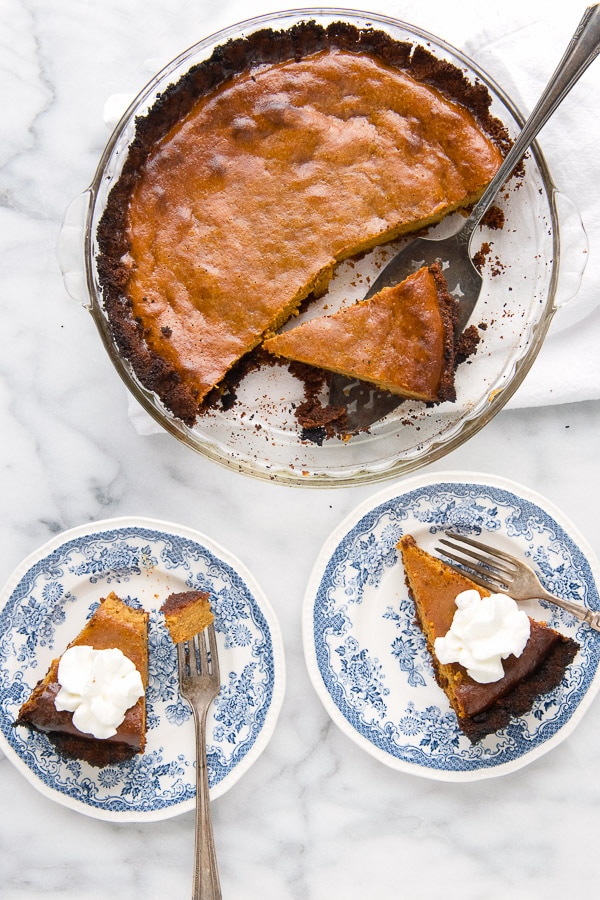 In the following 3 days the world of grilling and smoking ripped wide open for me. There was almost more information than I could take in, and suffice it to say I walked away with a vast array of techniques and knowledge to jump into my own experimentation.

Following BBQU I grilled daily during the summer and began to experiment with smoking, food, (being from Colorado a clarifying noun after the word ‘smoking’ is key). While other girls I know are coveting the latest fashions, I’m pining over a new barrel smoker and wondering how many grilling devices would be considered ‘too many’ to own.

I tend to like culinary roads less traveled so love thinking up unexpected recipes for the grill. Being fall, with busy cooking holidays looming large, I wanted to share a way I’ve been using the grill to keep my oven free for other purposes: Pumpkin Pie on the grill with Hickory-Smoked Ginger Snap Crust. 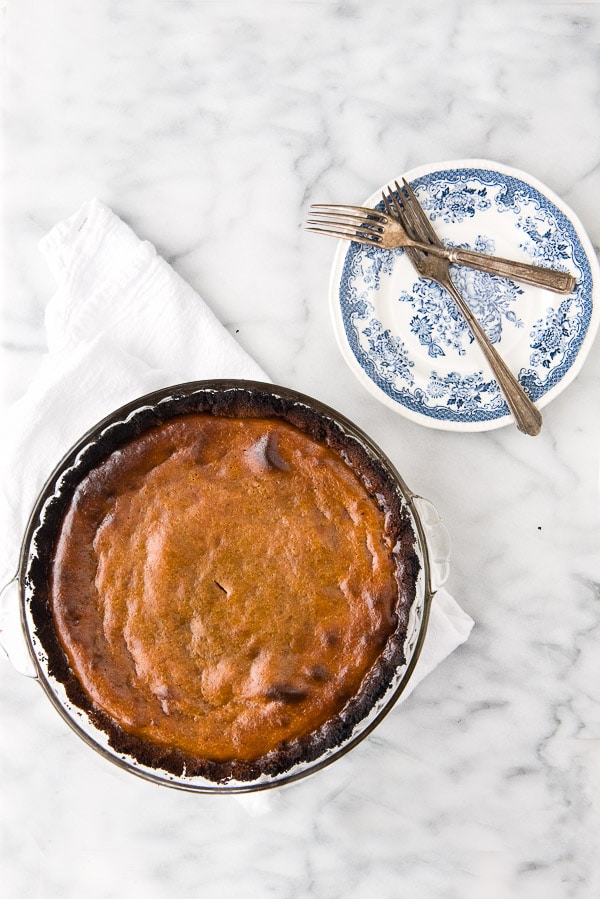 All of the cooking happens on the grill itself and the recipe steps are simple. The initial step of smoking the ginger snaps gives an additional depth of flavor to the pie, setting it apart as a unique dessert.

I used a very easy method of dry wood chips on heavy duty foil for this short smoking. This leaves the grill ready to transition to cooking the pie crust and then the pie, without the difficulty of removing hot wood chips from charcoal or a smoking box.

I will admit as I was creating the recipe I did hear Steven in my head asking, “why don’t you grill that pumpkin?!” It did cross my mind however in the spirit of keeping things simple I used prepared pumpkin puree. Sugar pumpkin slices could be lightly oiled, sprinkled with fall spices and grilled until soft enough to process through a food processor for the pumpkin puree as well. 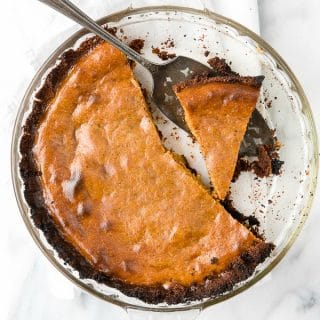