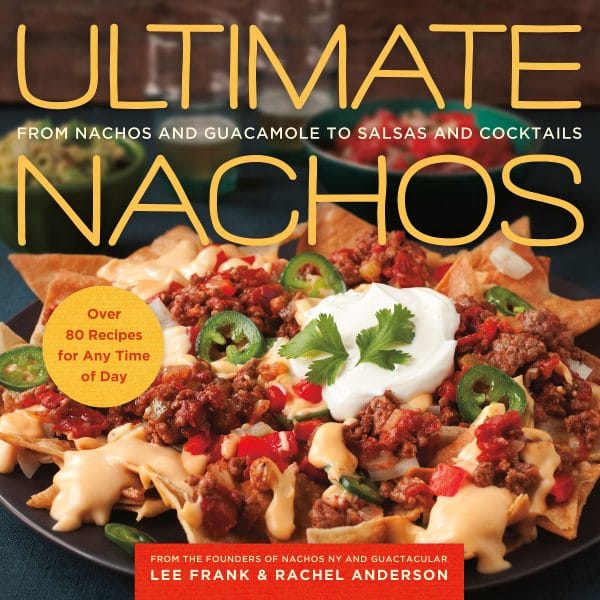 I personally don’t know anyone who does not like nachos. Of course everyone also makes them almost identically; corn chips, cheese, maybe some meat and/or beans, salsa, sour cream, and guacamole if it’s a big night. What if I told you there are not only multiple ways to make them but internationally inspired versions? Breakfast options? Dessert recipes? Versions that surly have not ever crossed your mind even in your wildest moments of reckless kitchen creativity? They do exist and are all rolled up neatly in a new cookbook:  the Ultimate Nachos cookbook. 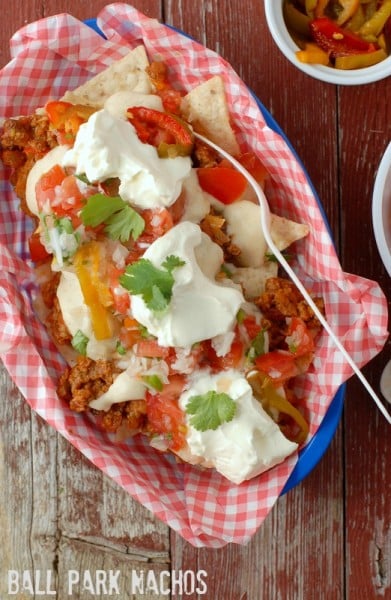 When I was offered the chance to review the cookbook, I agreed. I love nachos. And I make them like everyone else. I half heartedly expected a three page cookbook, maybe with one page for an introduction and two nachos recipes; one with chicken and one without. I was exuberantly surprised when the cookbook arrived presented in a neat square shape with a drool-worthy pic (of nachos of course) on the cover. And it was almost an inch thick with nacho combinations I had both never heard of nor would have conjured in my more clever moments; Fried Calamari Nachos, Buffalo Chicken Nachos, Pork Ginger Nachos, Autumnal Nachos. Add to that a smorgasbord of luscious dipping and drizzling sauces (Clementine Pico de Gallo, Bacon Apple Guacamole, Pear-Ginger Salsa), drinks (Peach-Habanero Margarita, Pomegranate-Blood Orange Sangria, Horchata) and ‘Extras’ (Candied Jalapenos, Pickled Serrano Peppers, Mango-Chipotle Sauce) and this cookbook leaves the reader wanting for nothing as well as inspired beyond expectation. 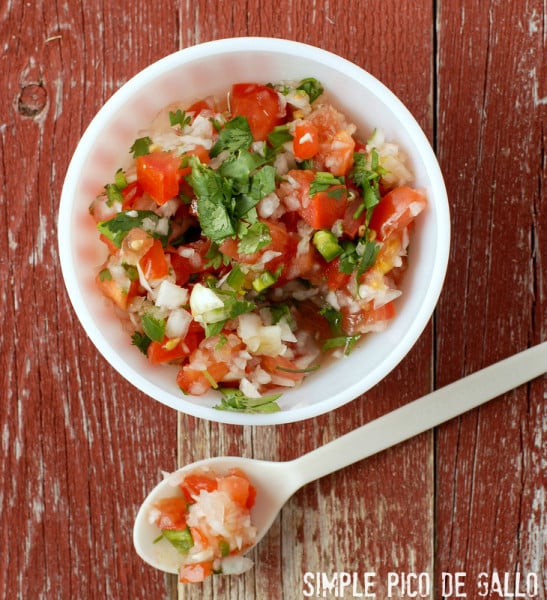 The cookbook travels through the heartland of nachos with side trips into several guacamole recipes, how to make tortilla chips from scratch at home as well as the intriguing opportunity of making nachos for breakfast and dessert. Can’t quite imagine that? Breakfast Nachos Skillet, Nachos with Asparagus and Hollandaise Sauce, Poached Pear and Gorgonzola Nachos and Strawberry, Basil and Mascarpone Dessert Nachos are a mere window into the innovative combinations featured in the Ultimate Nachos cookbook.

The cookbook authors, Lee Frank and Rachel Anderson, own the uber popular NYC-based blog ‘Nachos NY’, seeking the best and worst versions of the popular dish. Their experience and expertise are aptly applied to the creative and thoughtful inserts to the cookbook. They share nachos history, clarify cooking technique and even code recipes for specific dining genres such as ‘gluten-free’ and ‘vegetarian. I for one appreciated the opportunity to expand my nachos horizons and think outside the box. 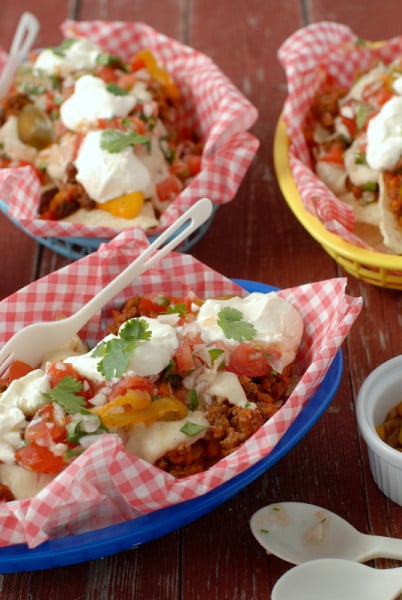 The proof is always in the recipes however and in honor of Father’s Day I’m sharing a recipe from the Ultimate Nachos cookbook today:  Ball Park Nachos. The recipe actually folds in the secondary recipes of Simple Pico de Gallo and Béchamel Cheese Sauce from the cookbook as well allowing a thorough dip into the cookbook’s content, providing sure incentive to explore the rest of the cookbook’s offerings. Ball Park Nachos showcase clearly well-loved Picadillo sauce, a sweet, spicy, savory ground beef topping with layers of flavor. Admittedly after consuming a healthy portion of these nachos, I woke the next day with the craving for the Picadillo on my mind. I feel sure you’ll feel the same. 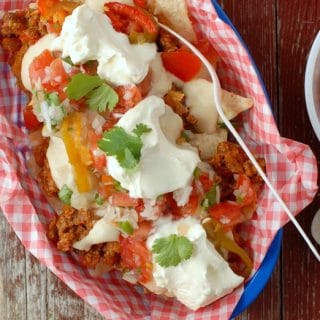 Four recipes in one, the value of making the components from scratch for Ball Park Nachos is clear in the first bite. Sweet, savory, spicy Picadillo sauce (ground spiced beef), cheesy cheddar Bechamel Sauce and a Simple Pico de Gallo with many additional uses. These nachos deliver authentic, inspired flavors sure to make it a favorite 'go to' recipe.
5 from 1 vote
Print Save Recipe Recipe Saved! Pin Rate
Calories:
Author: Toni Dash
Prevent your screen from going dark

Ingredients for the Nachos: 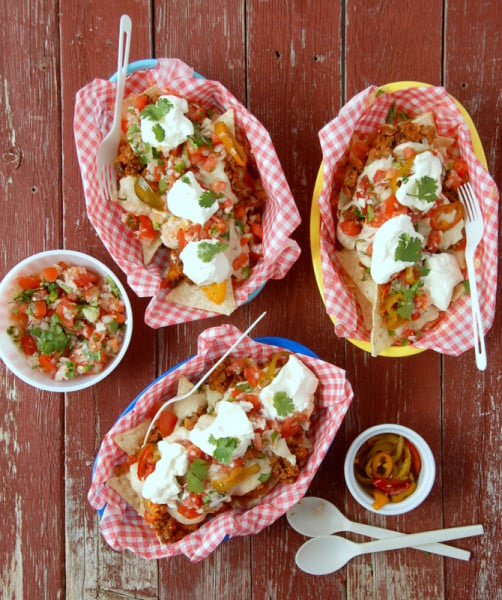 St. Martin’s Press has agreed to gift a copy of Ultimate Nachos to a lucky Boulder Locavore reader!

No purchase required. Void where prohibited by law. Must be 18 or older to enter.

Giveaway will run through midnight (Mountain Standard Time) Thursday, June 20, 2013. At that time a winner will be selected via Random.org and will be posted here Friday, June 21, 2013.

Disclosure: I was provided a review copy of the Ultimate Nachos cookbook. Commentary represents my personal opinions.