Home » Recipes » Infusions & Liqueurs » Apple-Infused Vodka: How to Make Your Own 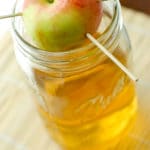 Making your own Homemade Apple-Infused Vodka is easy and inexpensive. It only takes two ingredients a few days for infusing. You’ll love all the ways you can use the vodka when it’s ready! 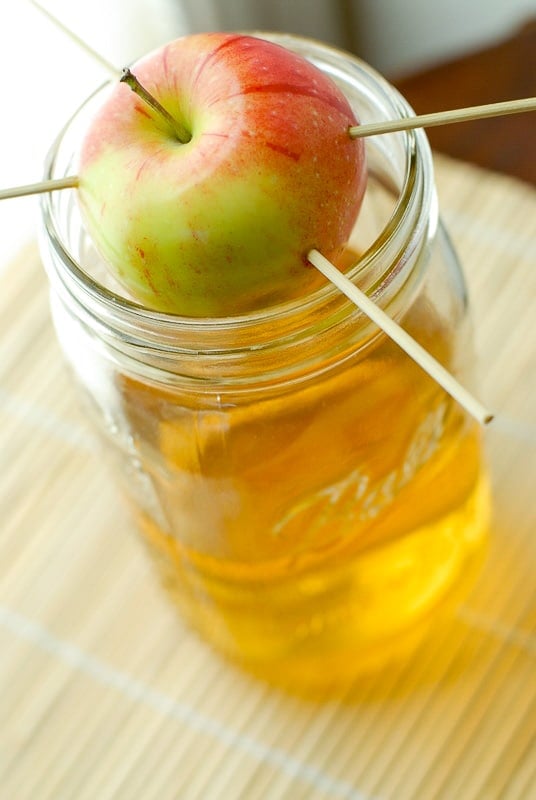 This week I posted a fun vintage recipe redo in which my task was to iterate and update an apple fritter recipe. First thoughts were something like a croquette, which then turned toward a Sopapilla. For those who have enjoyed this fried, puffy bread served as dessert at Mexican restaurants, you would know it is always served with honey. I had wanted to serve it with honey infused with chilies (which I hoped to make myself) and thus began my research about infusing.

I learned infusing most anything is very simple. For my specific recipe task I ultimately decided to pair my final recipe choice (Apple Pork Mini Empanadas, gluten free!) with an Apple Martini made from vodka I’d infused myself. 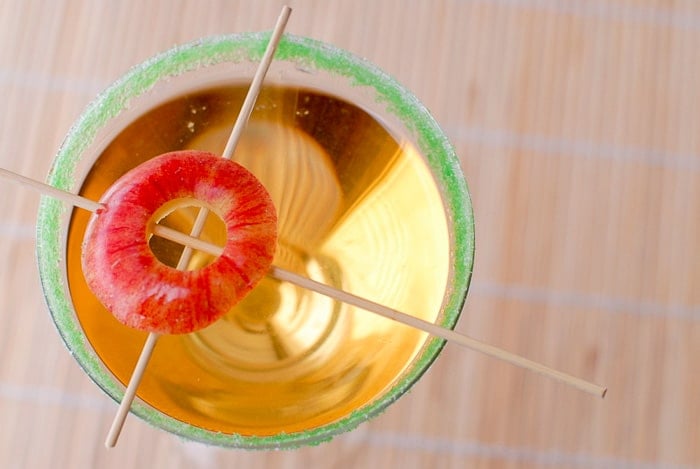 I chose apple because of the flavors in my dish but you can infuse anything into vodka (and probably other liquors though vodka is ideal due to its minimal taste). When I was searching for my beet breakthrough recipe last fall, someone shared the idea of beet infused vodka (not quite there yet). 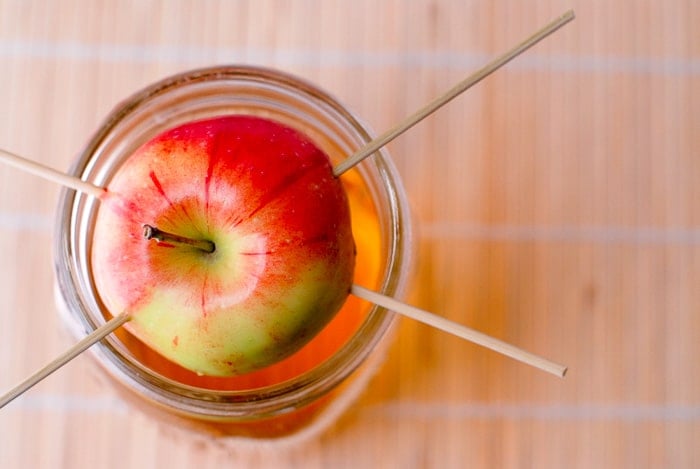 How long to let the Apple Vodka ‘soak’?

I read that the vodka will have picked up the flavors within a few days. I put mine together before the holidays and frankly forgot about it so it infused for two weeks. It has a delicate flavor of apple and is the most gorgeous color amber. I do not think it can soak ‘too long’. You will note the apples begin to oxidize (turn brown) which is due to exposure to the air in the jar. When you are happy with the infusion, strain the vodka into a fresh jar and discard the apples. 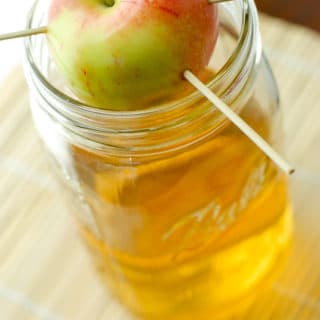