If you love root beer floats, you’ll be over the moon for these Root Beer Float Popsicles! An easy two-ingredient treat could not be easier to make (or more delicious to eat)! 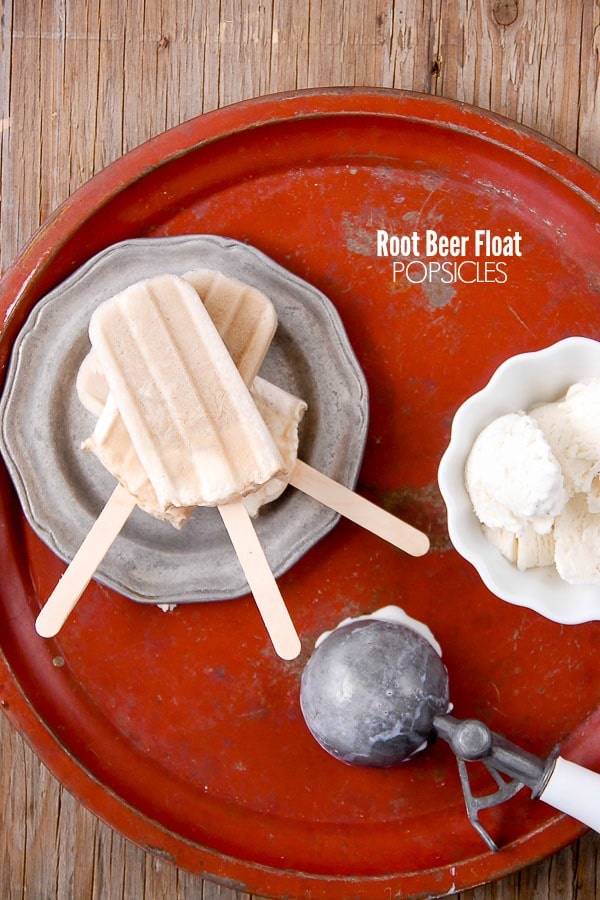 With Fourth of July heading our way next week, my food fancying has turned toward all things Americana. I love to take pause to consider the roots of some of our better loved dishes and the happenstances that occurred giving birth to them, very often without intent. No one said classic dishes can’t take on a new form and after trying these Root Beer Float Popsicles I am sure you’ll agree! Simple to make with the two key ingredients, vanilla ice cream and Root Beer, these popsicles are a cool, sweet way to enjoy the iconic float in a new form.

Is there anything more summer-classic than the Root Beer float? It tastes like summer. I don’t remember my first Root Beer Float exactly however by my childhood overlapped with the popular A & W Root Beer Drive-Ins where one could drive up, and park in a row of cars where a waitress (they were called that then) would walk or roller skate to your car, take your order and return with frosty mugs of root beer and food on a tray that was neatly attached to the driver’s window. There was nothing like an ice cold mug of root beer on a hot summer’s day. 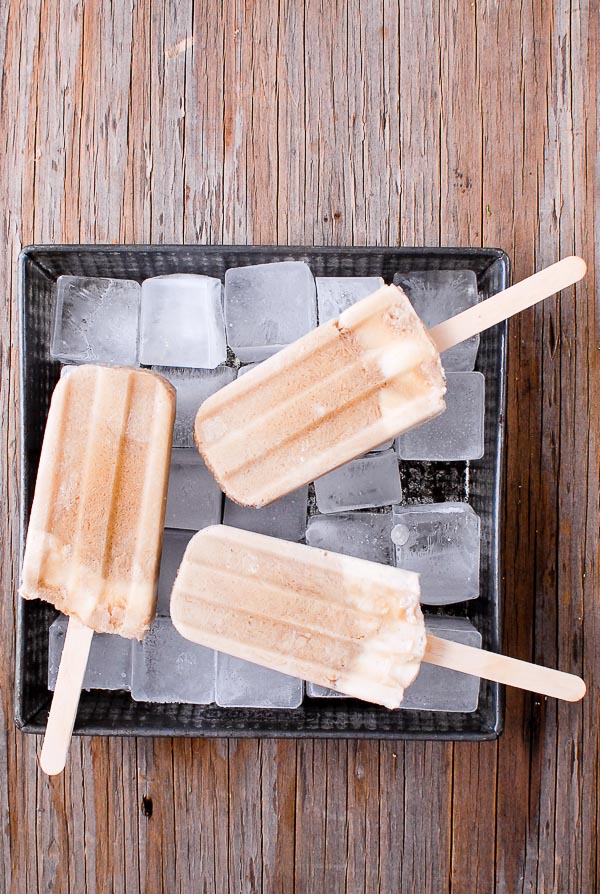 The History of the Root Beer Float

Root beer was developed in the early Colonial times along with Birch Beer, Sarsaparilla, and Ginger Beer from roots and herbs. Charles Hires cultivated a blend of herbs from a tea he’d had on his honeymoon to sell at his Philadelphia pharmacy, which he combined with soda water and introduced in 1876. The first bottling of the beverage was in 1893 truly crowning him as the father of Root Beer. His discovery was quickly both followed and overtaken by the famous A& W brand in 1919, which remains the most popular brand of root beer in the world today. [1]

The history of the Root Beer Float is a bit less clear though most claims point toward Frank J. Wisner in 1893. I’ve read he owned a soda fountain and one day his ice cream machine broke so he added cold soda as a means to keep the ice cream cool, thus inventing the Root Beer float. 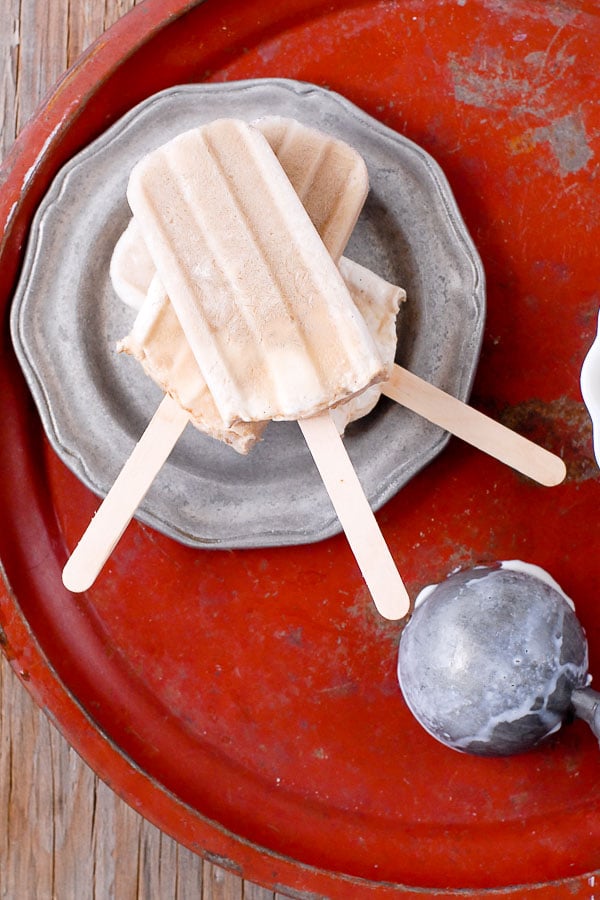 A more beguiling tale is that he was a resident in Cripple Creek Colorado during its mining heyday (as were my maternal grandfather’s family), owned a mine and also whipped up interesting soda-based drinks for local citizens of Cripple Creek. The story goes to say he had a vision one evening viewing the local snow capped peaks in the moonlight which looked like a dollop of vanilla ice cream in a dark drink.

This gave way to the ‘Black Cow’ (or ‘Brown Cow’) drink that was essentially a modern day root beer float which delighted the local children. [2] These tales are all merely heresy but regardless of the true beginning of the famous float it harkens back to the old school soda fountain with a strong foothold in the history of American cuisine. 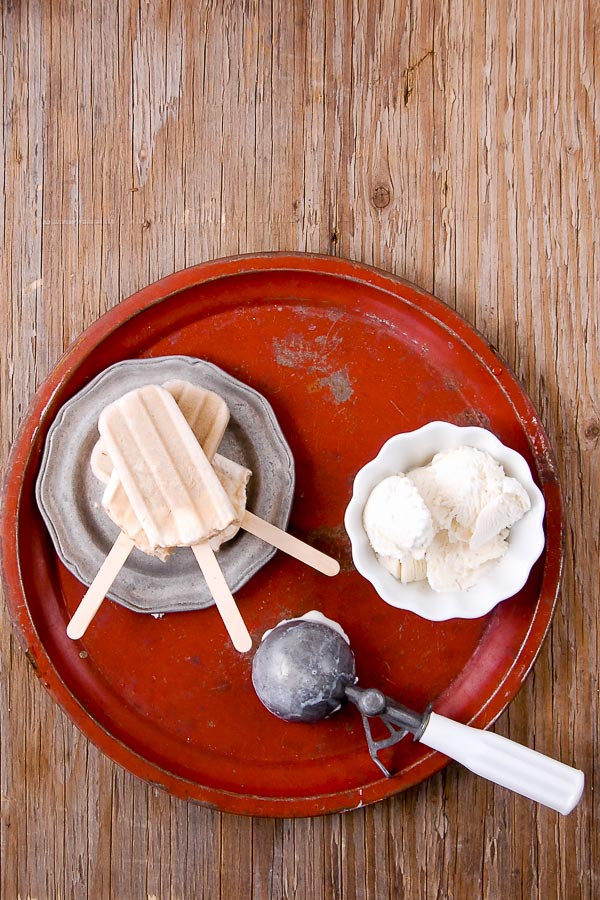 To celebrate summer and the Root Beer float I made Root Beer Float Popsicles! Simple with the two key ingredients, vanilla ice cream and Root Beer, these popsicles are a cool, sweet way to enjoy the iconic float in a new form. 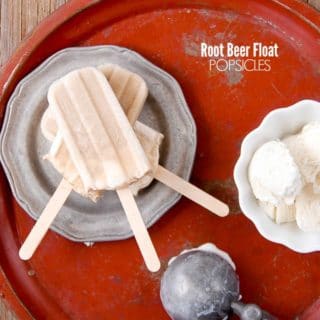