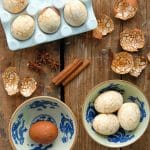 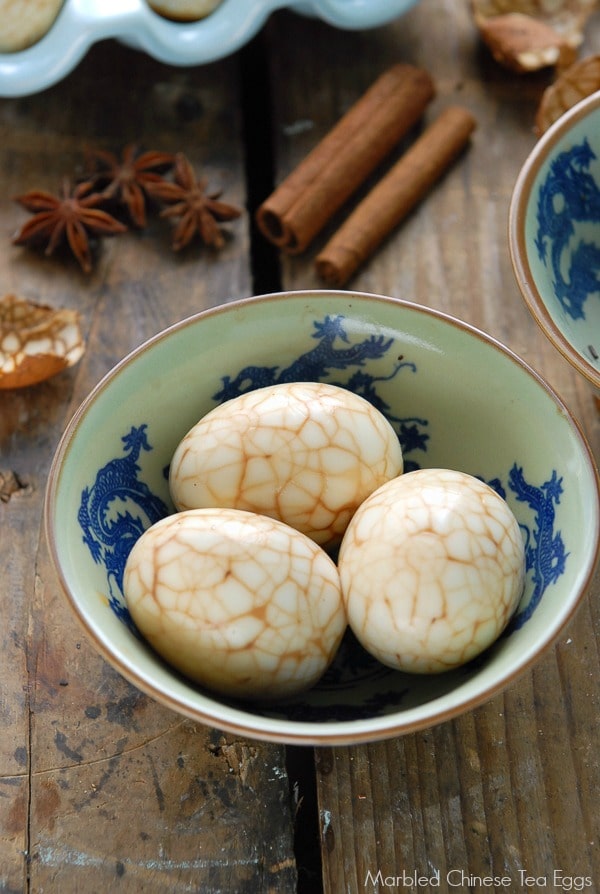 Gong Xi Fa Cai! Happy Chinese New Year! We have been full of holidays the past two weeks on Boulder Locavore between Valentine’s Day and Mardi Gras; and now we are celebrating the year of the Sheep for the Lunar Calendar 2015. I happen to have a little sheep (or goat, or ram; they seem interchangeable depending on which Chinese Zodiac chart you consult) who will be turning 12 this weekend so it’s a fun celebration and an auspicious year.

Unlike the Gregorian calendar which is based on the sun’s rotation around the earth (taking 365 days), the Lunar Calendar is based mainly on the moon’s cycles. The Lunar Calendar began in 14th century BC and is tied to the agricultural cycle.

Each month is 28 days long, and the New Year timing is based on complicated calculations leaving the next year to begin between late January and mid-February though on a different date each year. The celebrations last a few weeks during which special symbolic foods, like the Chinese Tea Eggs, are enjoyed to bring healthy and prosperity for the upcoming year. 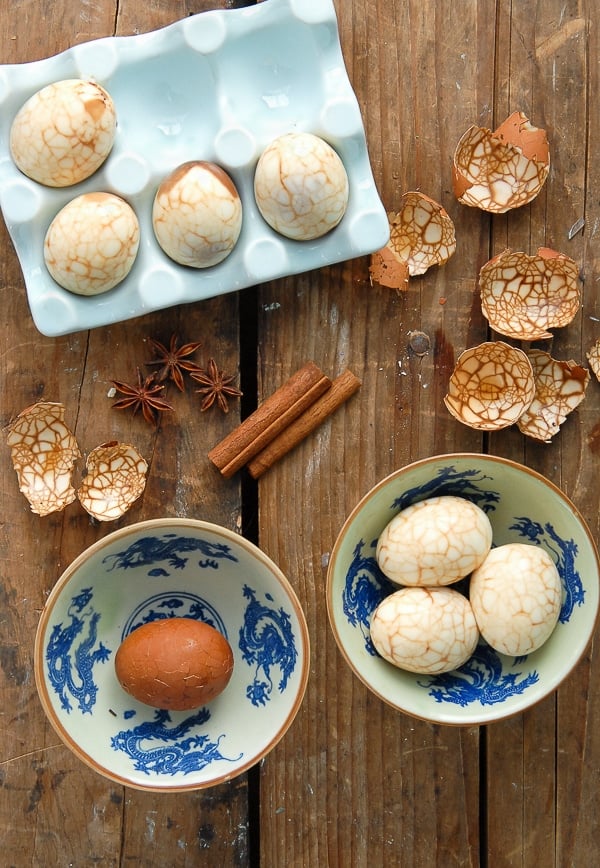 Much like the Zodiac associated with the Gregorian calendar, there is a Chinese Zodiac bearing 12 animal totems with different qualities. Those born in the lunar years of 1919, 1931, 1943, 1955, 1967, 1979, 1991, 2003, this is your year though if your birthday falls in January or early February you’ll need to consult a Chinese horoscope chart to confirm your sign.

Each zodiac personality is broken down to a natural element as well; for instance my tot is a Water Sheep/Goat who is said to be fun-loving, carefree, go with the flow, like to put down roots and are enjoyable to be around. More on Sheep/Goats may be found on this Chinese Astrology website.

We have been lucky to have celebrated Chinese New Year often between places we’ve lived and traveled. My husband just returned from a trip to China for business where preparations were underway to usher in the Year of the Sheep/Goat/Ram.

Between living in San Francisco and Singapore I’ve been fortune to have my share of authentic foods and participate in celebrations for the New Year. Both my children have besties from China so get scoop on the culture from them. We will be attending the Chinese New Year Gala this weekend with my ‘sheep’s’ BFF who is also a sheep. There promises to be acrobats, singers, jugglers and many other talents displayed. We are excited to go and celebrate! 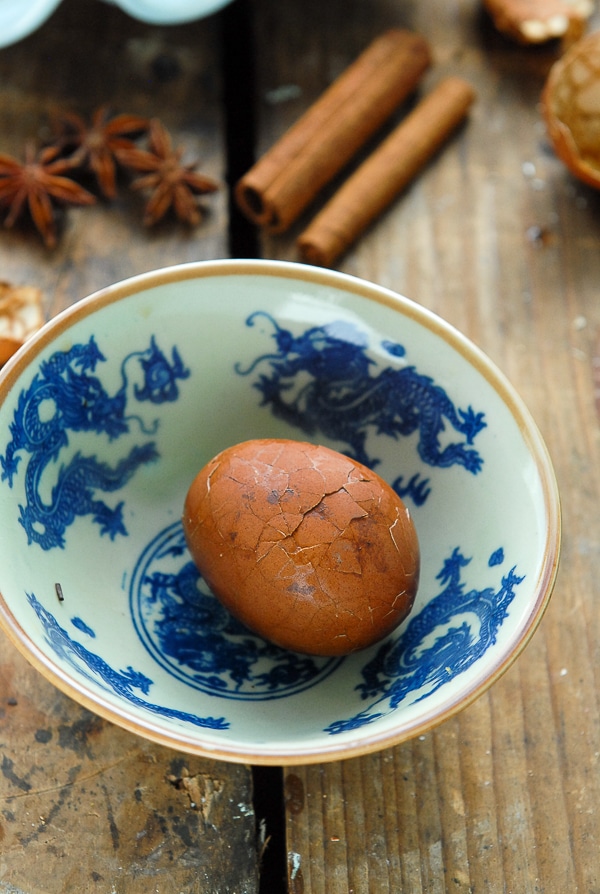 I decided to ring in the New Year with a traditional recipe; Marbled Chinese Tea Eggs. The eggs symbolize fertility and wealth and will be found at Chinese New Year banquets. The eggs are very simple to make and enchanting to behold once done.

Chinese Tea Eggs are hardboiled then the shells are gently cracked with a spoon to allow a soaking liquid of black tea and spices to seep inside and color the eggs where they are cracked. When eaten the eggs bear a gentle flavor of the soaking liquid of black tea, star anise, cinnamon, and in my version Szechuan peppercorns, Chinese Five Spice, brown sugar and dried orange peel.

Whether celebrating Chinese New Year or making them just for fun, these Chinese Tea Eggs are a delicious and artistic project with beautiful results. 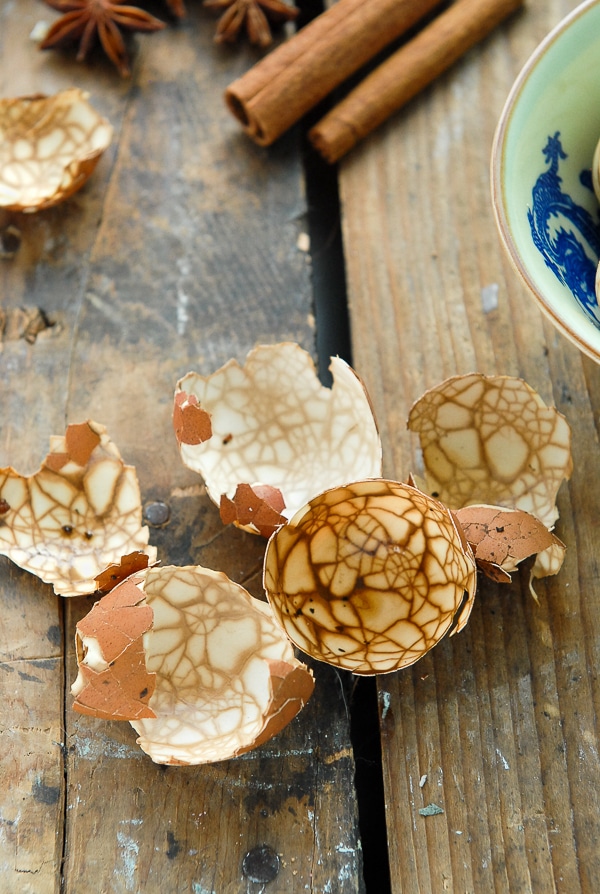 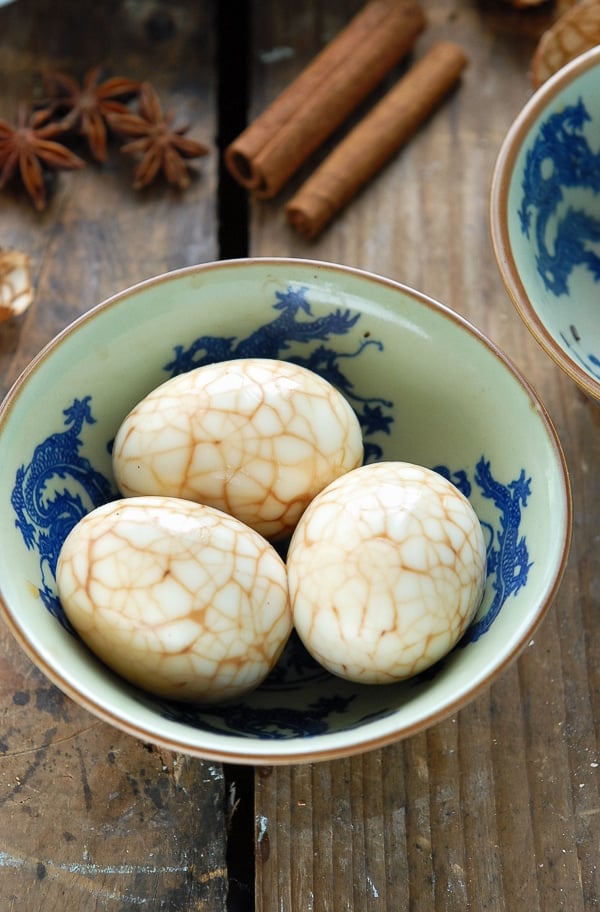 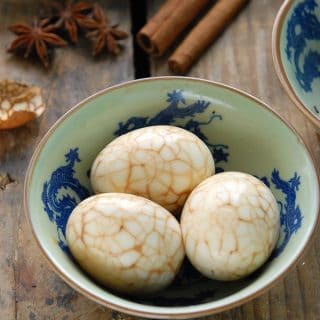