There is no better way to celebrate fall’s arrival than with a loaf of Pumpkin Roasted-Banana Quick Bread. Full of homey flavors of pumpkin, banana, dried cranberries or nuts and fall spices, it’s quick to make and irresistible. Gluten-free or with gluten options. Can be frozen too! 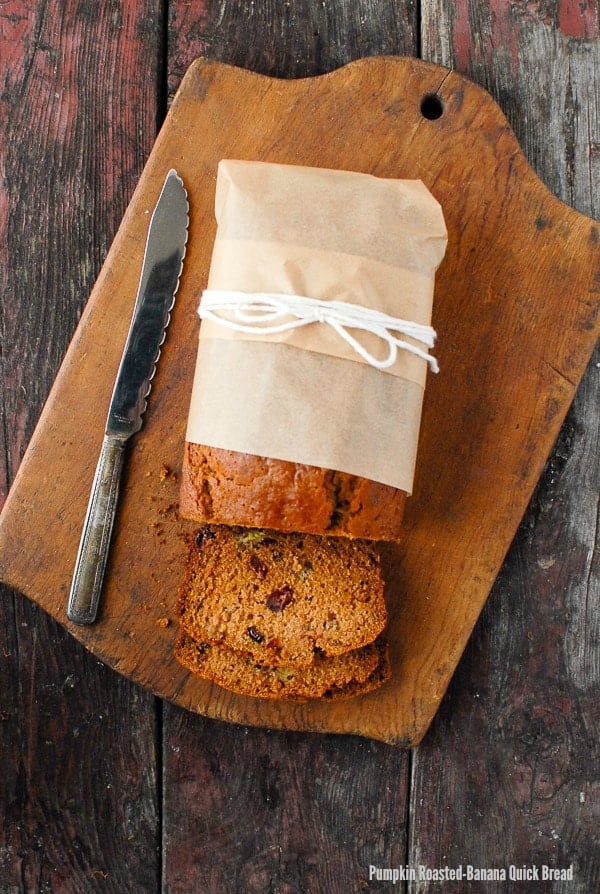 Winter squash has just begun to show up at Farmer’s Markets. A few years ago I had no idea what to do with them. I never really ate them when I was growing up and as an adult struggled with the dense, earthy sweetness of flavor, often coupled with further sweetening ingredients like brown sugar.

Everything took a turn for me when I naively realized you can roast them to make your own puree, great for so many dishes. I’m not sure why I did not connect the stuff in the can with the actual squash and in the case of pumpkin I equated the whole squash with carving for Halloween only. 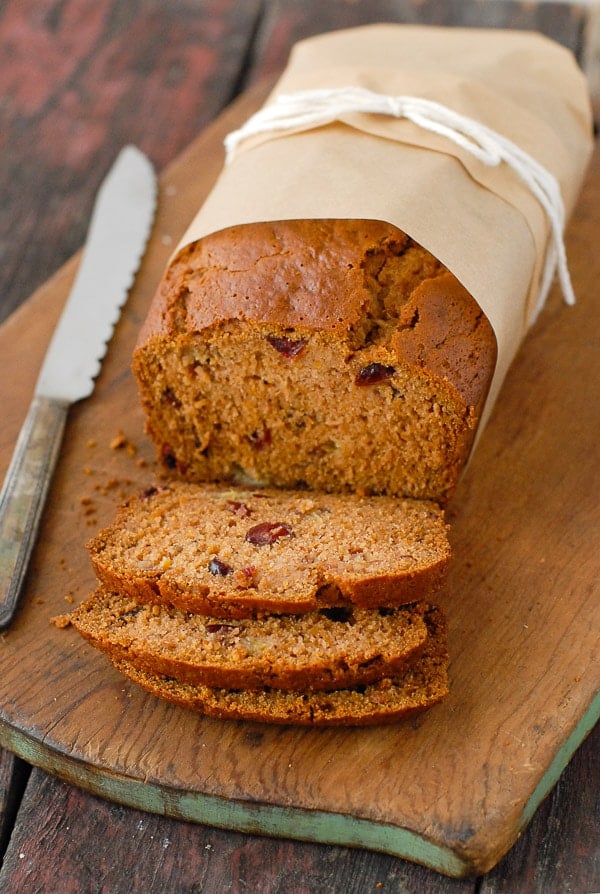 As the weather cools even momentarily, I pull out an imaginary t-shirt with the slogan ‘Born to Bake’. Years ago I had a friend studying hibernating properties in humans for a PhD who told me the angle of the sun coaxes humans into a more sedentary burrowing/nesting behavior in the cooler months. I definitely think that is true for me. I’m dying to cook and it makes me feel much more grounded, versus the summer when I can’t stand to be indoors or sit still for long. 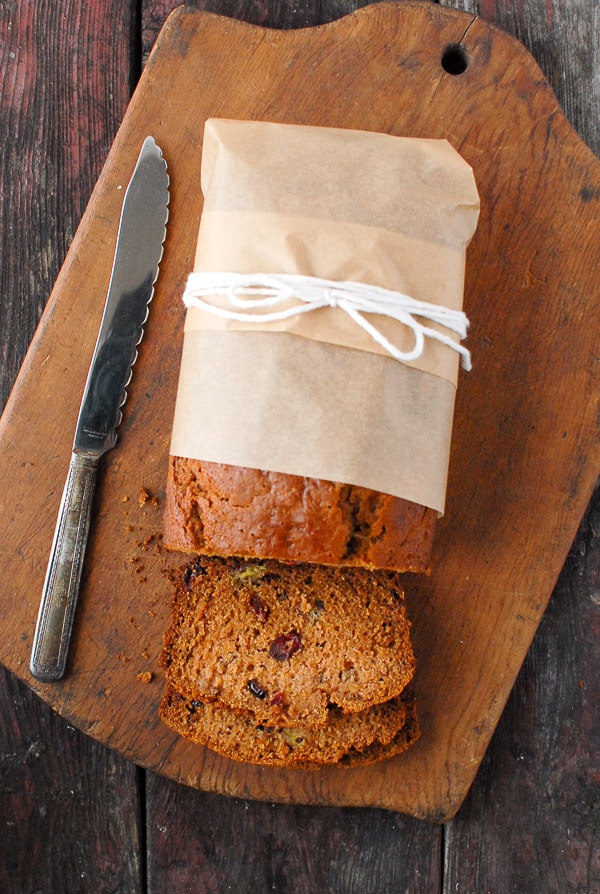 I picked up a pumpkin this week at a local farm stand, and just needed to decide which recipe to make with it. I love Pumpkin Bars at this time of year but also pumpkin pancakes, or soup; so hard to decide!

I dug up an old recipe that I had not ever tried, torn from a magazine now gone by the wayside as have so many print publications:  Pumpkin Banana Bread. I’ve taken to roasting bananas for baking too which both quickly force ripens them but offers a fuller flavor. 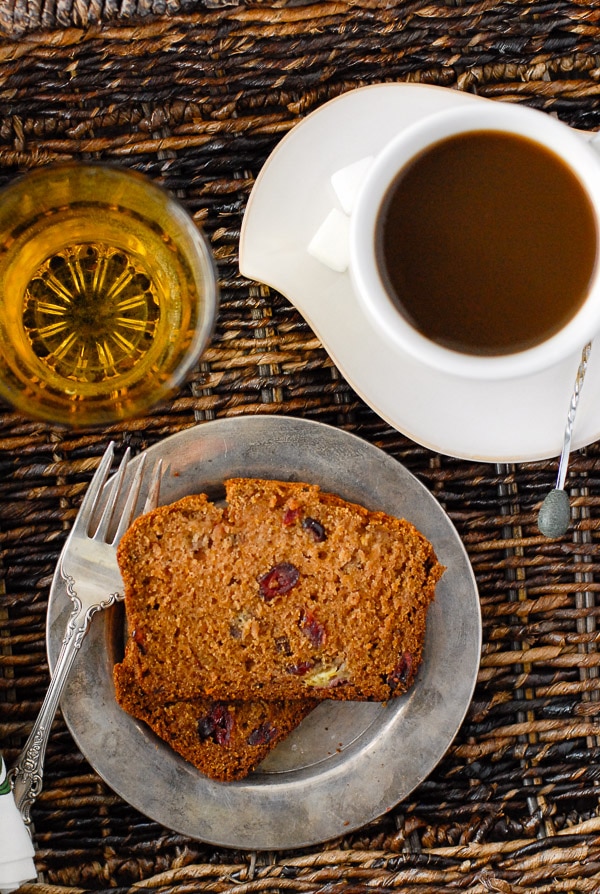 It seemed a perfect addition to make this autumnal bread rustic and satisfying. It is dense, moist and deeply flavorful. If you have not yet gotten in the mood for fall, this will surely deliver you! 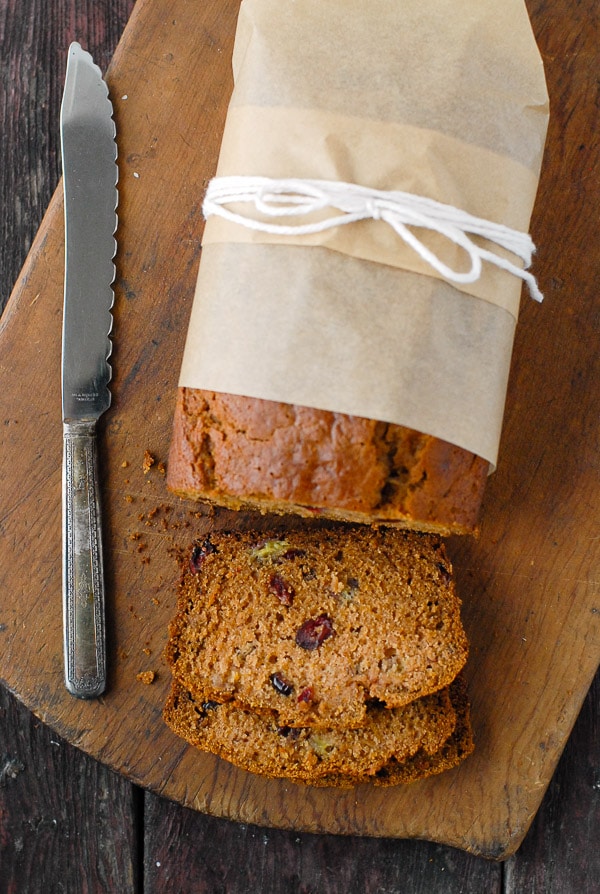 If you decide to roast your own pumpkin, you must roast the seeds through this method eliminating all the slimy attempts at separating the seeds from the goop! Promise. The seeds come out fantastic every time. The recipe has been pinned thousands of times from my site! 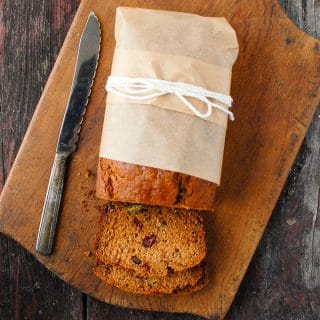 This delicious recipe was originally published in September 2012 and has been updated in 2016.