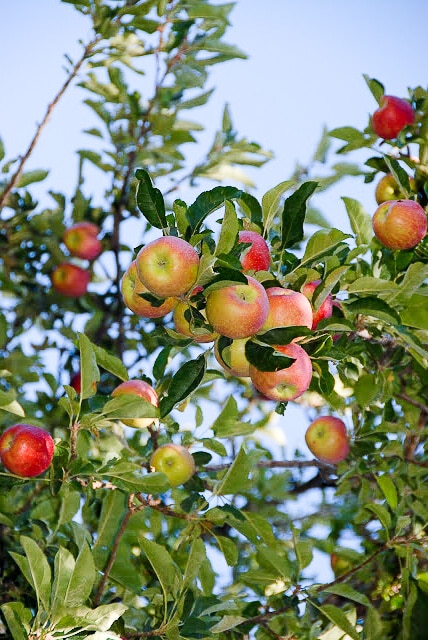 On a driving route I take multiple times daily I made a discovery last week. On a well manicured green space of an apartment complex, nestled in a grove of mismatched trees along the busy street was a burgeoning apple tree. For me it was like spotting the cast of the Eclipse trilogy amidst the masses in a checkout line at Wal-Mart. I could not look away. Each time I have passed said spot, I’ve looked again to verify indeed what I saw was real as it seemed so misplaced and random. There it sits, burdened by the weight of the large ripe apples secretly dying to be made into applesauce by someone who cares.

Being of a “No Fruit Left Behind” attitude, I could not take it any longer today. I decided to do the unthinkable; I was going to dare to ask to pick the fruit. I felt aghast at my own thought process, as though a girlfriend was sharing a titillating naughty secret. I was excited at the prospect and equally terrified.I decided to case the joint first. I drove slowly around the perimeter road of the apartment complex parking lot. And there it was, in all its glory; the forgotten apple tree. Not another one in sight. I spotted a resident, drove over to ask about an office to which she kindly directed me. I then asked if she knew if anyone ever picked the apples. She looked at me like I was a total freak.

I did attempt to find the office but did not succeed. Heart still pounding, I decided I was not ready to give up. I called 411, got the number and before I knew it was connected with a very gruff, loud man. I was instantly frightened knowing people should not ask to pick other people’s apples. I chickened out. I chatted with Sven about how lovely the complex was, saying we had a friend that might be interested in it, how would we learn more; all filibustering until my nerve meter was back at ‘scaredy-cat-but-will-do-it-on-a-dare’.

The moment arrived…’do you ever let anyone pick your apples?’ I ventured holding my breath. ‘Sure, I think it’s fine if you want to pick some’, Sven responded, not sounding nearly as blustery as before.

I bee lined home to fetch a ladder since the apples were very high in the tree and returned immediately to pick before Sven decided maybe HE should can his mother’s famous chutney recipe of yore and beat me to it.

As I picked the 20 odd apples I did, I imagined this tree as an escapee from an orchard of old, somehow dodging the bulldozers and the landscaper’s plans to totally develop its home. Here it stood, alone next to a bike path, apples strewn willy nilly on the ground at its base. I felt really gratified I had asked to pick from it. And I will think of this tree all winter as we eat from its bounty. 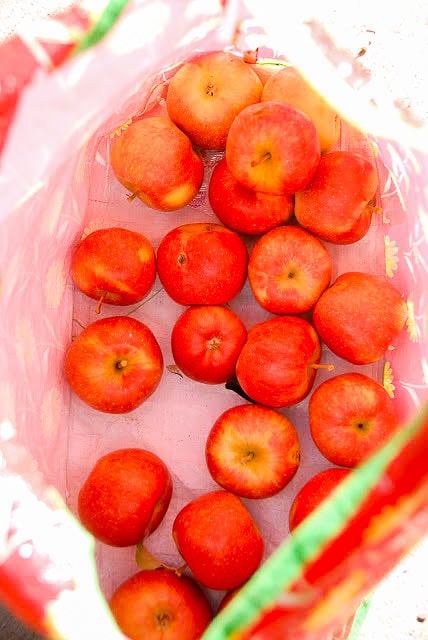 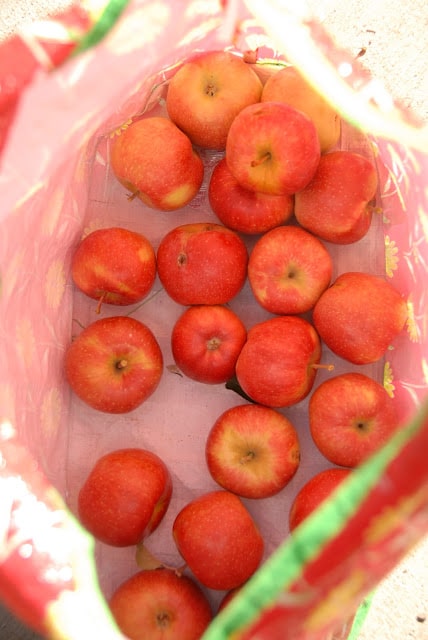