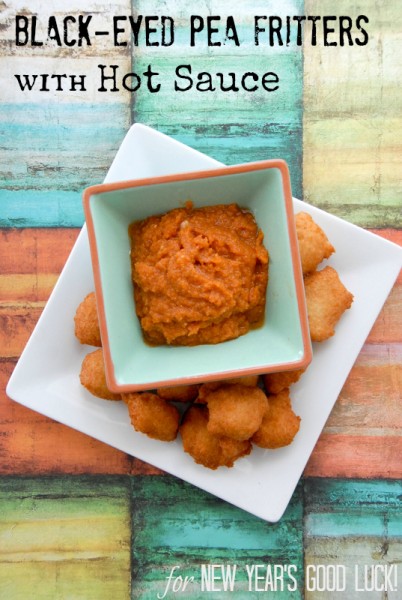 I’ll come clean; I’m superstitious. In a measured way. For instance I would not walk underneath a ladder for safety reasons but if that also avoids bad luck all the better. I love the magic in ‘good luck’. Though difficult to quantify the impact of ‘good luck’, my thinking is I lose nothing to eat something on the first day of the New Year to bring me luck potentially. Therefore black eyed peas are always on the menu for the first bite, literally after the chimes of the New Year have rung in my house.

Black eyed peas have had culinary roots in the southern U.S. for over 300 years being a staple of ‘soul food’. One account of their ‘good fortune’ relates back to the Civil War when General Sherman stripped the countryside of vegetation, sparing this particular plant which fed those surviving the war. The roots of the good luck tradition are foggy however the adherence to the ritual of dining on even a bite first thing in the New Year holds strong. 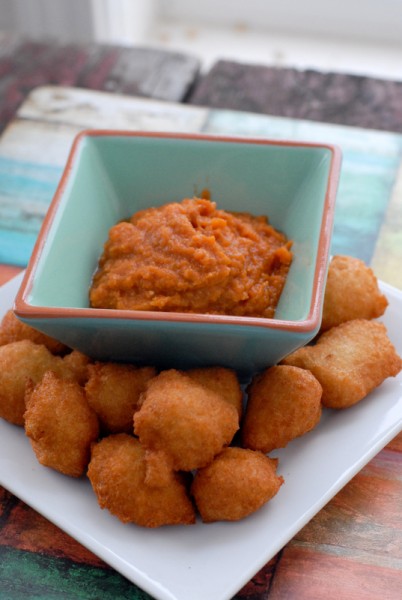 The Black Eyed Pea (which is truly a nutritious legume and not a pea) most likely originated in West Africa before migrating to U.S. soil to found new food traditions. I try to make a new recipe each New Year (despite loving my staples of Hoppin John and Coconut Black-Eyed Pea soup). This year I made a West African dish of Black Eyed Pea Fritters and Hot Sauce also known as ‘Akara’. The name is underwhelming to the dish I assure you. Sparked with spicy, layered flavors this dish is well loved in my household.

Admittedly this is a ‘labor of love’ dish. I adapted the recipe from a African Cooking booklet as part of the ‘Foods of the World’ Time Life Book series from the 1970’s. When first reading the recipe I noted it called for dousing the dry black eyed peas with warm water, rubbing them to remove their skins and repeating. After visually surveying my dried beans I concluded there were no skins and approached the start of the recipe differently soaking the beans in boiling water to soften them. It was at the end of this step I realize indeed they DO have skins which when removed leave the beans a nubile, albino shade having shed their iconic ‘black eye’. 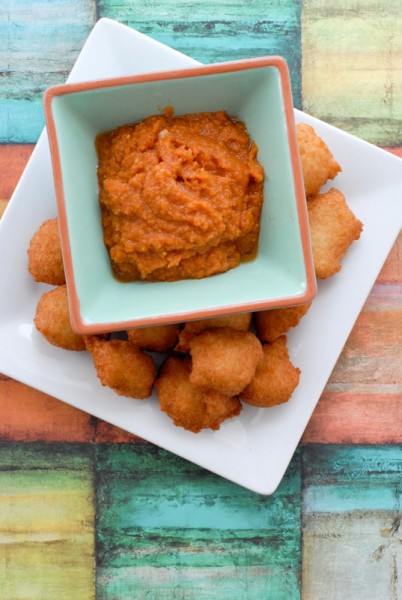 This portion of the recipe is laborious, I won’t lie. I had roped my teen daughter into making the recipe with me and shortly into the defrocking of the beans I put out the full family call to arms, pulling people away from cozy reading nooks and newfound Christmas electronics to help. It became a full family ‘food meditation’ repetitively pinching off the skins, placing beans in one bowl and rinsing our hands in another. We all could imagine groups of West African women doing the same, stripping the peas en masse for their eventual glorious destiny in these delectable fritters. Though time consuming, the end result of the golden brown, light, fluffy fritters paired with a fresh, spicy sauce was worth it; so say children and adults alike in my house. 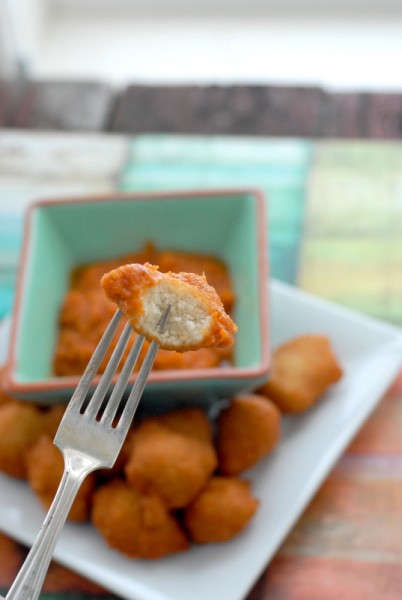 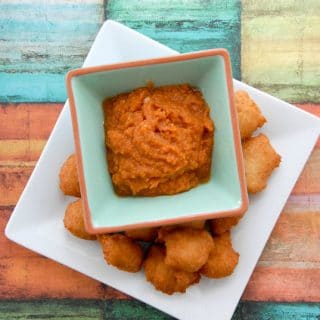 Ingredients for the Hot Sauce:

Instructions for preparing the Hot Sauce:

Instructions for Making the Fritters:

Other New Year’s Good Luck Recipes you may like: