What a summer! It’s always unbelievable when the start of school rolls around. It’s a bit like inviting friends over for a dinner party at 7 and they show up at 3:30 completely unexpected, stopping your preparations in mid step. It was a difficult start to the summer for me. The last six weeks of the school year had been rigorous. An urgent, concerning issue daily for six weeks ranging from a mystery virus in my son keeping him out of school for well over a week, health issues rotating daily between all three of our dogs, an impacting virus hitting the rest of the family, unexpected potential Jury Duty for me on a high-profile 8 day trial (fortunately I was released after two days) along with the normal rigor of the season with a graduating fifth grader and high school freshman making it through Finals week.

I personally was distracted by a Russian roulette of maladies. Last summer at this time I developed a constant pain in my hip making merely walking a painful ordeal, let alone keeping up my busy, active schedule. After a fall full of doctor’s appointments, physical therapy and other alternative therapies it was determined I have an impingement impacting my range of motion and ultimately requiring a hip replacement to address. Still far too young to do so without permanent impact to my activities and to avoid having it redone a second and possibly even a third time at a later age, I agreed instead to participate in a blind medical study where one of two lubricating substances currently used in similar hip and knee conditions are injected into the joint to aid in mobility.

The process was frankly brief, the injections creepy but my mobility has improved allowing walking normally where I had been reduced to going no further than a half block and never alone for my lack of stability. Makes one greatly appreciate the normalcy of merely walking to the mailbox with full capability and pain-free! As I began to walk more I developed a pain in my Achilles tendon on the opposite leg starting off this summer with a similar debilitating limp. After an MRI for which the technician began our session by asking ‘do you have a history of cancer?’ (not the most comforting opening line), thanks to a write-up asking to verify the swelling of the tendon be ruled out as non-cancerous, I learned I had simple tendonitis (stemming from my muscles not being ready for pace of exercise due to the inactivity from my hip) and one with some physical therapy has been almost relieved.

I have had a prolonged history of a specific elevated liver enzyme for which I’ve been tested six ways to Sunday without any causality identified. My very diligent doctor decided this was the time to get to the root of it. After seeing a specialist who also felt it was very likely it could be ‘my personal chemistry’ it was decided to really get to the bottom of it I should have a liver biopsy. Doesn’t that sound scary?

It was a month wait until the procedure, during which every TV story of ‘she was just fine, until they learned about the CANCER’ popped into the dark recesses of my mind on my more vulnerable days. I learned the procedure would be done by the father of one of my son’s friends whom I normally see at summer cocktail parties, who is perhaps the most highly regarded Radiologist in Boulder. The personal acquaintance shifted my biggest concern about the procedure away from cancer as a possible outcome to whether I now needed to buy new undergarments to maintain my dignity during the procedure. Definitely a medically fascinating experience, and the results were as hoped, just my personal chemistry with no concerns. Whew.

The overarching theme of the summer is one I’ve toyed with sharing, riding the evolution of my feelings to arrive here today. At the beginning of the summer a dear friend Alison asked if I ever shared bird seed or dog treat recipes on my blog. I haven’t, really because I don’t make them often but thought it an interesting idea.

As the serendipity of life will have it, I had the opportunity to work with the American Kennel Club earlier this year speaking about the virtues of pure breed dogs, which all the Boulder Locavore dogs are. Parents will know about the perils of photographic chronicling of the family; loads of baby shots that wane as the kids grow up and the activities of the family provide if everyone leaves the house with both shoes on it’s a success. Same with dogs. Tons of puppy shots, maybe some at the holidays but with large gaps in the photo books. Writing the AKC blog post facilitated current photos with the kids and reflection on our time together as a family. 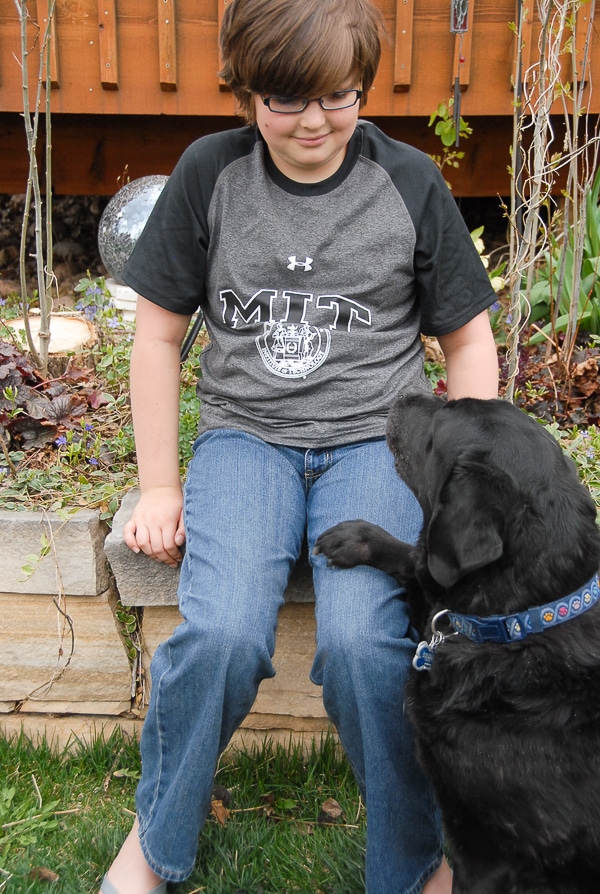 I would have never guessed what lay before us this summer. After a period of digestive distress, our middle dog and younger Lab, Coal, went in to the Vet on Memorial Day weekend and did not come home. After a transfer to an Emergency Vet it was learned he had developed a tear in his bowels and was being flooded with bacteria requiring a Frankensteinian surgery and recovery as the only possible option to address the situation, with questionable success potential. At 12, he was our most spry dog and the one we secretly believed would outlast the other two. We had learned just before this he had three arthritically fused disks in his spine, one of which had broken. The Vet had told us if it were a human they would never get out of a wheelchair for the pain but he never showed any signs of the malady. My husband and I made the decision not to put him through the surgery for his emergency condition and I stayed with him at 2:30 in the morning to say goodbye. 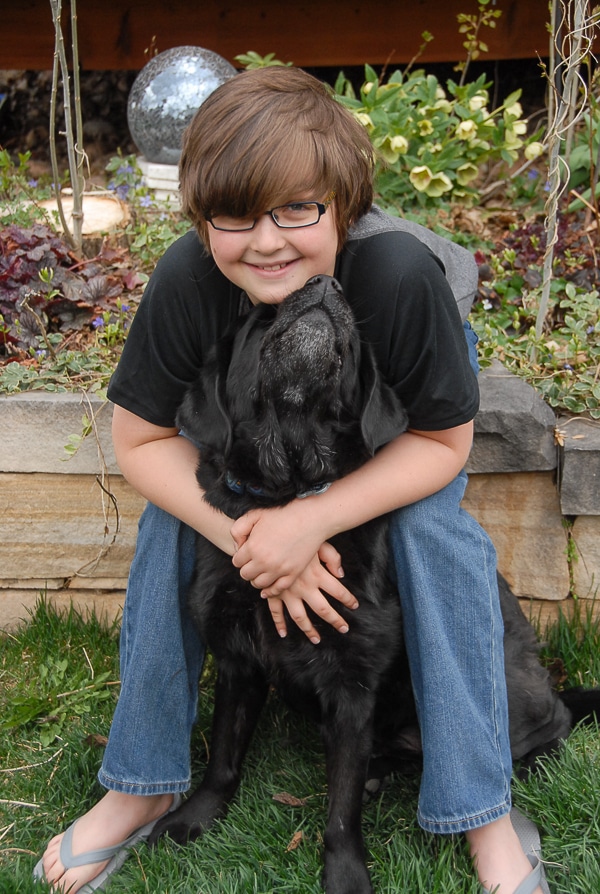 Our eldest dog, Guinness, our first Lab, has been the quintessential family dog. Docile with the children whom he’s known since my daughter was one year old and presiding over my son as he entered our family. He’s warned us of mountain lions in our vicinity, played endlessly with the children and has stopped many a runner on the Open Space trails of Boulder with his stature and beauty as a dog.

He has been slowing down and developing difficulties walking over the past months. With Veterinary care we’ve made him comfortable and responded to his more frequent early morning barking often unsure about his needs. Despite his physical failings his personality remained intact, making for a friendly greeting each morning and a warm connection throughout the day. We’d go on short, simple walks of a few block which he loved, to meander and take in the exotic scents found in the gardens and Open Space. 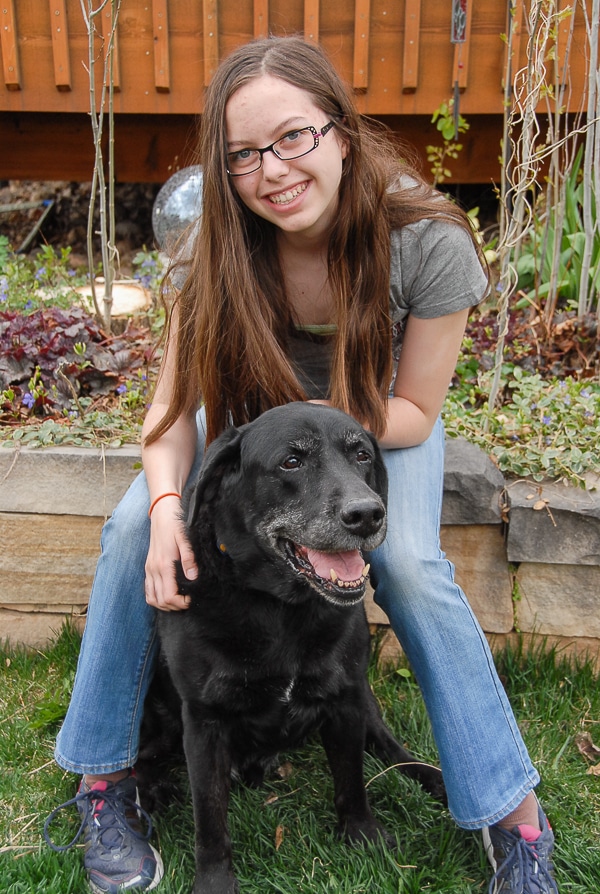 After agonizing realization, we as a family have had to say goodbye to him too. It is so hard to objectively accept the condition of a failing body when the warm look of an animal’s eyes and wagging of the tail we’d known for almost 14 years never faltered. We did not want him to experience what Coal had and with the Vet’s counsel decided to say goodbye at home. I wanted him to have the best morning of his life, surrounded by happiness and joy; for him to feel radiated by the love we all felt and not to be worried in the least by our internal sadness over having to say farewell to a friend we could not imagine life without. 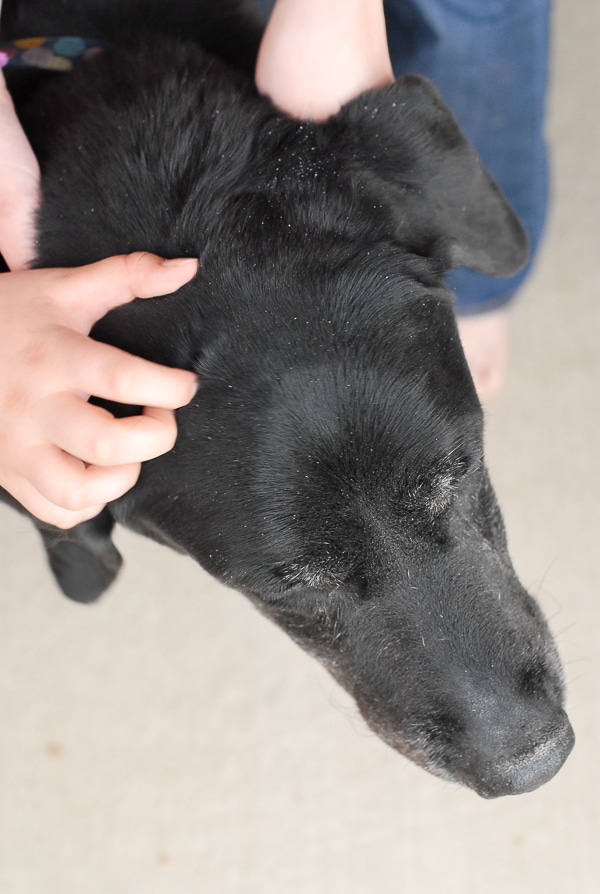 The morning was full of fast food hamburgers, a treat scavenger hunt ending at the open treat jar for free feeding, unlimited cheese sticks from the kids, begging for food in the kitchen celebrated (when normally I shoo the dogs out from underfoot), an extra-large bowl of breakfast and unending love. I was able to be in a place of celebration of his life and role for our family, hopefully keeping him feeling the love with not a care in the world. And now being released from the body I suspect has caused him much pain over the last months, he’s free to chase rabbits again.

Our family feels differently now but that is to be expected. Our remaining dog, Lola the English Bulldog has been more subdued. After all it’s a big job to become ‘the family dog’ after sharing the role with two other partners. She’s slowly bouncing back as are we. She’s further cultivated her adorning public with appearances on Instagram, and has followers of English Bulldogs spread over the globe as well.

As I look back on the summer, the predominant themes for me personally were definitely untangling my health situations and managing the dogs. And rather than a sense of loss it feels like a wrapping up of things in a way. Woven throughout was the kid’s summer swim team which is always a joy. Taking care of long-standing chores and wish list items too have provided a sense of closure. We’ve ended the summer with 10 days in Paris, a vacation idea we’ve considered for a few summers, and one I cannot wait to share more about with you! After taking four years of French we felt it was time to unleash our daughter’s stellar accent on the world!

To celebrate the summer, and the years of love shared with our dogs, I know for a fact there is nothing they’d want more than for me to share a list of delectable DIY dog treats per my friend Alison’s initial summer idea. Other than a sweet pat on the head, there is little more a Labrador could wish for to top off another summer chapter! 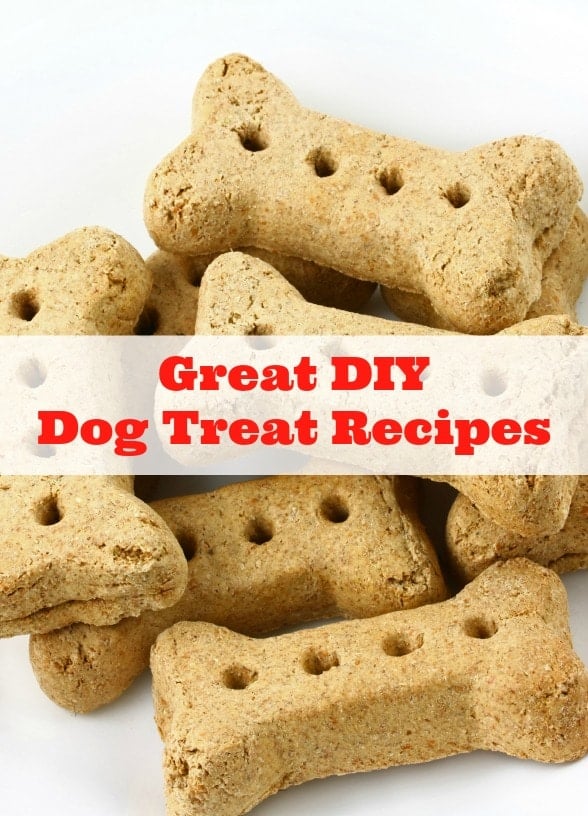 A favorite treat we’ve now purchased at our favorite ‘fast food’ (it is fast but also grass-fed, antibiotic-free hamburgers which accommodate gluten-free diners by wrapping them in lettuce) offers a canine treat called a ‘Pawbender’. Frozen custard with embedded dog bone biscuits and peanut butter. Definitely something that could be made at home but with Lola loving a car ride more than anything, it is a fun outing too!

How to Make All Natural Dog Treats {DIY Network}

DIY Gluten-Free Dog Treats with Pumpkin {Care 2}  Guinness was allergic to wheat so it’s not just the Boulder Locavore humans that are gluten-free!