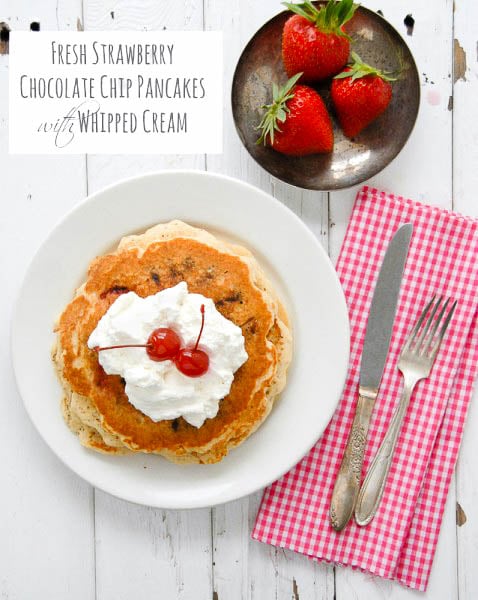 I have one foot over the summer starting line and will hop fully into the season after today. The start of summer for me is directly tied to the school year and a week separates my tots finishing up. There is a very specific feeling when one knows ‘school’s out’ and summer has started. I recognize its texture like a huge exhale coupled with the jubilation of an unexpected surprise birthday party (a good one).

Last Friday was the first summer day for my youngest who’d wrapped up fourth grade with a bang; pajama and crazy hair day, playing class-to-class capture the flag and kickball, and handing out popsicles on the last day as a Student Council member. After dropping my daughter at Middle School the following morning we weren’t quite in our groove; it felt more like a sick day than the transition from the tightly wound logistics of the academic year beginning  to loosen their grip. 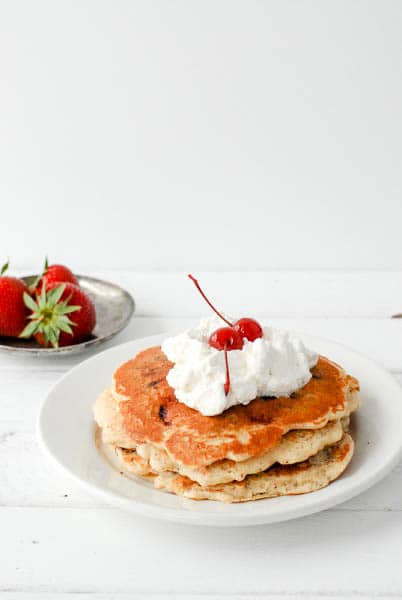 Mid morning I’d asked what he’d like to do for the day. “Make pancakes; and I want to make them”. Okay. He’s old enough to perform small culinary tasks. He is the household gluten-free bread maker using our bread maker. He has a signature method to making grilled cheese sandwiches that he’ll surprise me with from time to time. And pancakes are his thing. I’ve supervised the effort a few times until I was sure he could manage without burning himself or the house down, and I respect his strong desire to own the process start to finish.

We tend to use a gluten-free mix as a base from Pamela’s which has great flavor, can be easily adapted and is pretty forgiving. As the mini chef began to set out his mise-en-place his ideas of adaptation began to flow. We’ve had ‘Bacon Pancakes’ thanks to the inspiration of the TV show Adventure Time (don’t judge). On this particular day he began to prowl the contents of the refrigerator and freezer for the right…..something. 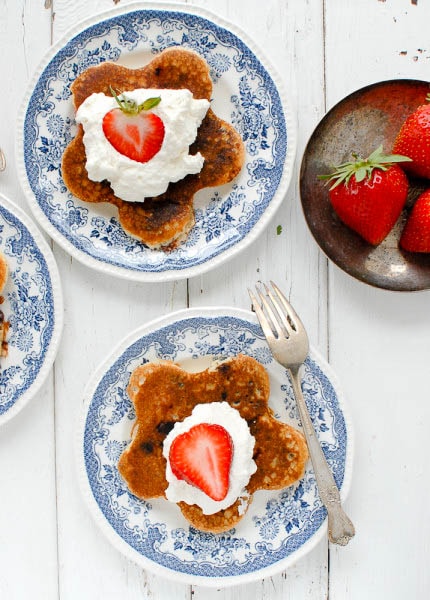 The next thing I knew a bag of chocolate chips were on the counter and a basket of strawberries and I was being asked ‘Mom do we have heavy whipping cream?’ And the magic began.

If I were to have foretold what the first activity of summer would have been I’d have been more likely to guess miniature golf or maybe a trip to the zoo. The choice to make pancakes, mid morning, and dream up a new version does speak to the luxury of free time summer brings. Isn’t that something we all crave more of, unobligated time? Certainly the fresh flavor and whimsy of these pancakes were a perfect kick-off to me. I think you’ll think so too! 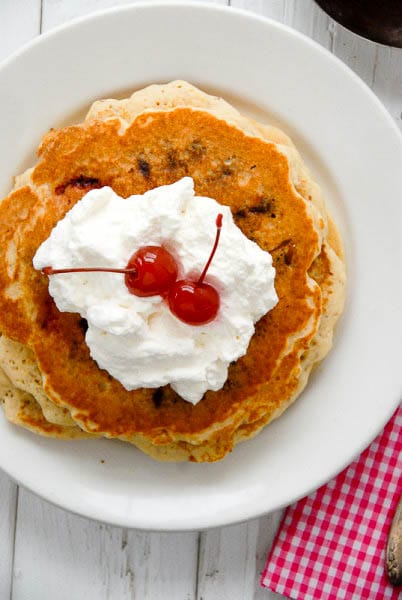 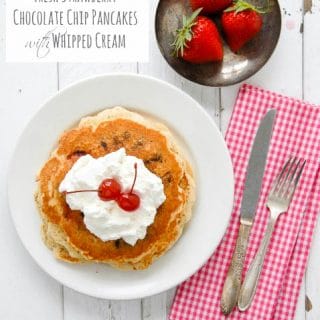 *as a comparison for pancake recipe volume, for a double batch Pamela’s uses 2 cups pancake mix, 2 eggs, 1 ½ cup water and 2 tablespoons oil. +we love 'Merry Maraschino Cherries' by Tillen Farms which have no preservatives, are naturally dyed and use cane sugar. 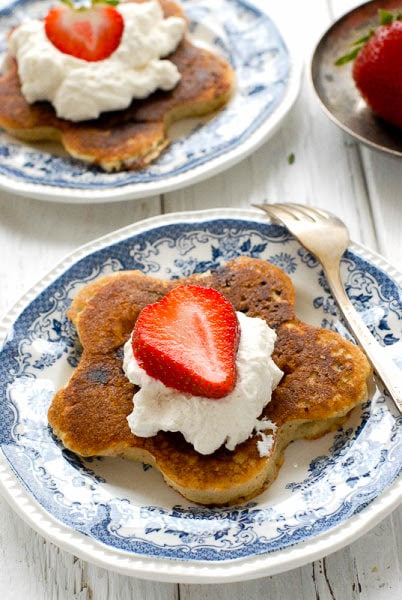