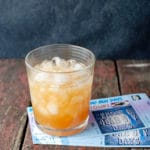 Frozen Dead Guy Days Festival, the true story of a Grandpa frozen in a Tuft shed and a Corpse Reviver cocktail recipe. It didn’t work for Grandpa but will surely work for you. 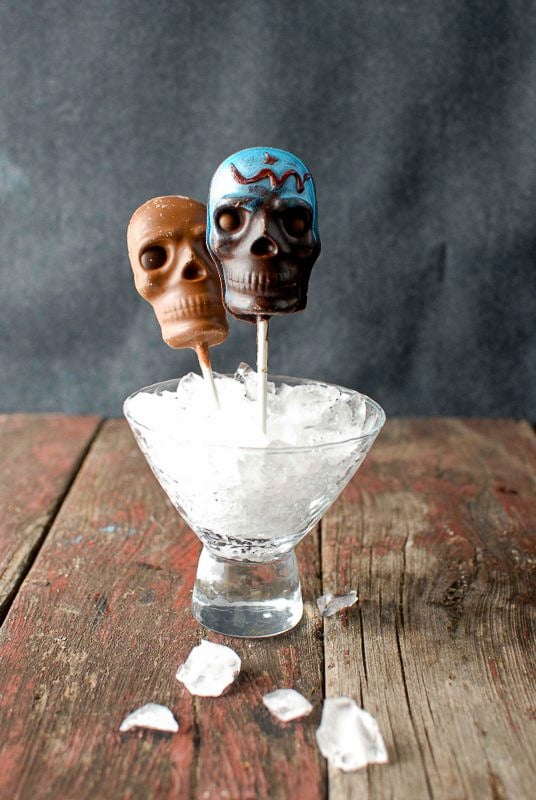 What did you do this weekend?’

‘I went up to the mountains to see a dead guy who is cryogenically frozen in dry ice and is kept in a Tuff Shed on the side of a mountain. What did you do?’

Isn’t that how your week started?

Every area has its avant-garde or bohemian proclivities and it’s taken me a decade to drive the 30 minutes to experience ours in Northern Colorado: Frozen Dead Guy Days in Nederland Colorado. 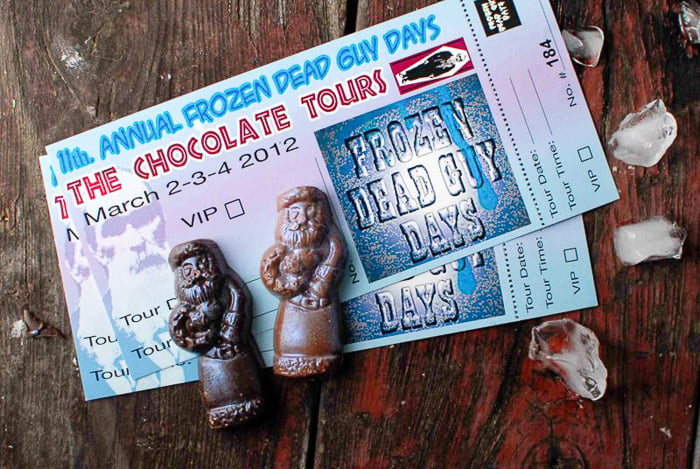 I’ve heard of it as it is well publicized locally (and frankly now by the New York Times and Huffington Post), with a bit of an eye roll here in ‘the Republic of Boulder’ as those in Ned refer to us down the hill.

Idon’t know why I have not gone to check it out. Busy. Will go next year. You know how it goes.

This year I decided I needed to make it happen. Especially when learning that one could tour said Tuff Shed where ‘Grandpa’ is kept and it would be a chocolate tour.

There is no cacao grown in Colorado so I was all the more intrigued. 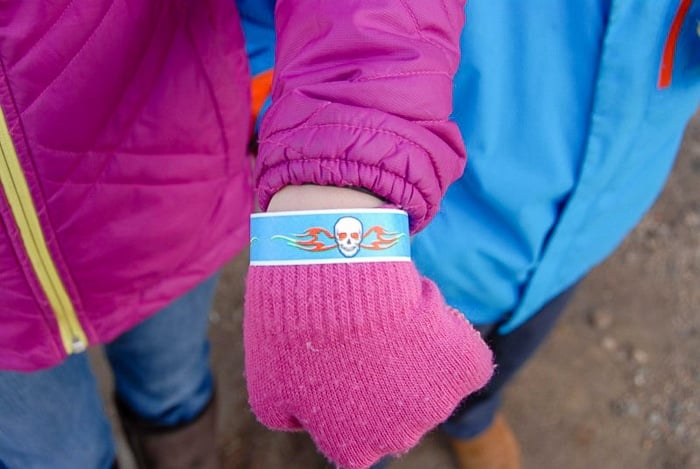 Knees bent, sense of humor in full swing I braved the hurricane gale winds to head up to Nederland to check it all out.

Fortunately I had targeted Sunday as the wind gusts caused the festival to shut down on Saturday which is apparently historically unheard of.

Frozen Turkey Bowling and Frozen Salmon Toss would be moved into an already busy Sunday. 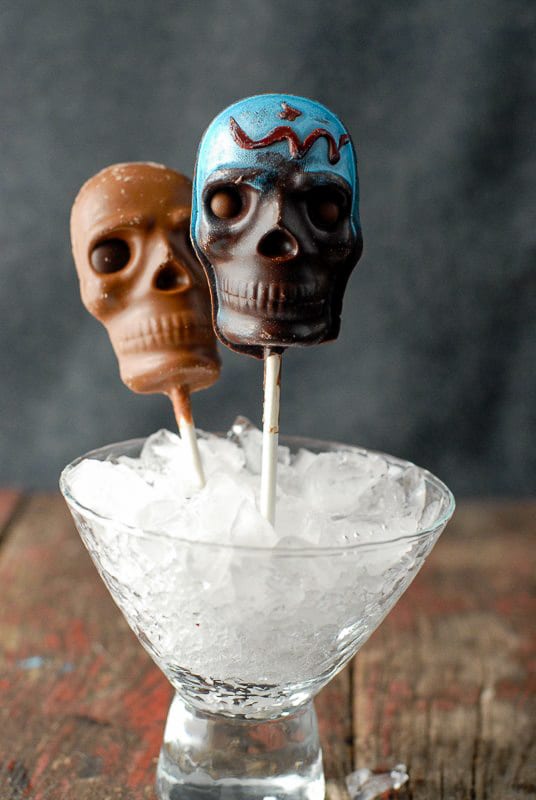 As with many of my outings I was unsure exactly what to expect. I was up to speed on the history of all of this.

Grandpa is Frozen in a Tuft Shed – Literally

‘Grandpa’ Bredo lived a long and fruitful life in Norway.

When he died his Grandson organized that he’d be ‘iced’ until the required technology to reanimate him was available.

As I understand it this is ‘nanotechnology’, computer coded something-or-rather that will allow a fully intact body, regardless of how old, to be brought back to life.

There are only a handful of places in the world that both have the capability to prepare a body for a long icy wait and where it is legal.

Those readers in the U.S. may be disturbed to learn the U.S. is one such place.

So Grandpa was sent to California from Norway to be readied for his indefinite deep freeze.

Grandson Trygve, who I learned specializes in life-extending practices for mere mortals in Norway (slapping with willow sticks, coffee enemas and uber freezing ice water plunges) came along with Grandpa until he was deported back to Norway.

At this stage Aud, Grandpa’s daughter, took over his care until she was kicked out as well.

Her tale is a bit murkier in the detail.

In the meantime, Bo Shaffer (a.k.a. Bo the Iceman) was hired in the mid 90’s to tote 1600-1800 pounds of dry ice monthly up the winding mountain road to the shed were Grandpa rests in chilly peace.

One might imagine Nederland as a pretty progressive burg to allow all of this however it too had laws in place about keeping corpses of any specifies at one’s home.

The circumstances of Grandpa persuaded an amendment to the town law to allow him to be kept but no additional ‘home projects’ such as this to be allowed.

Grandpa was ‘grandfathered’ in before the permanent law was enacted. Literally, not a pun.

We met up with Bo and other interested tour goers at 9:30 on a still cold and blustery day.

We were each packed into multiple vehicles including two guys who ‘manned up’ and rode al fresco in the back of Bo’s heavily bumper stickered pickup truck.

Our driver shared he was ‘a professional Chinese Cuisine transportation expert’ in his daily life and ensured all of us were coursing with adrenaline when almost backing off a cliff while attempting a mountainside hairpin turn (connecting the dots on why we all signed a waiver before departing).

We landed on the top of a windswept peak in front of a completely klugy looking cement-meets-Medieval-Times type structure, which we learned was the domicile of Trygve and Aud when living in Nederland, as well as the prototype of a one-size-fits-all sustainable house of Trygve’s design.

A sort of geodesic dome that can be fully buried with other stuff thrown in for good measure like being fire proof, earthquake proof, kind of any-natural-disaster proof.

The house was never completed nor the plan to sell them en masse as Trygve intended.

One of the home’s features was an intended underground tunnel leading to Grandpa’s sarcophagus which would all be buried.

To put this into context the distance between the two is about 25 feet. Go figure.

Back to not knowing what to expect on this excursion, what I did NOT expect so much information.

And interesting information. Admittedly I know nothing about Cryonics.

Now I do and would personally be a bit freaked out at being revived in my 90 year old body (essentially Grandpa’s age at his death in 1989; 88 to be exact) in an age far in the future, if it really is to happen. 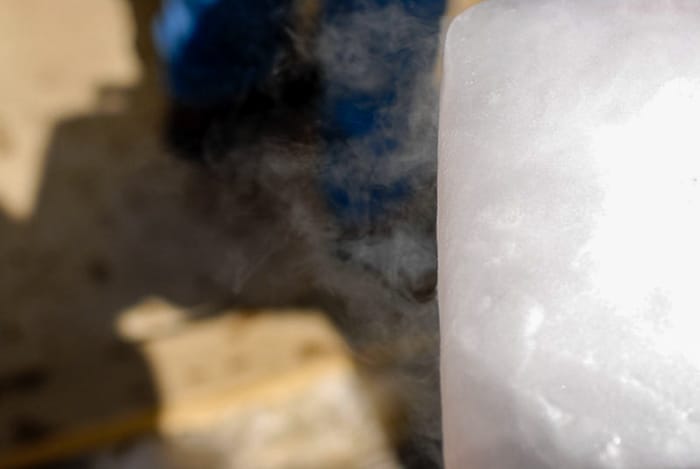 Bo-the-Iceman swung open the doors to the Tuff Shed where Grandpa lies in a cabinet of sorts on the floor.

Bo adeptly opened the top doors lined with bubble type wrap to allow us to peer in.

At this point it began to seem a bit freaky to me.

When looking in one can see a pillow and blanket, as if Grandpa had been napping there and went out for a walk. 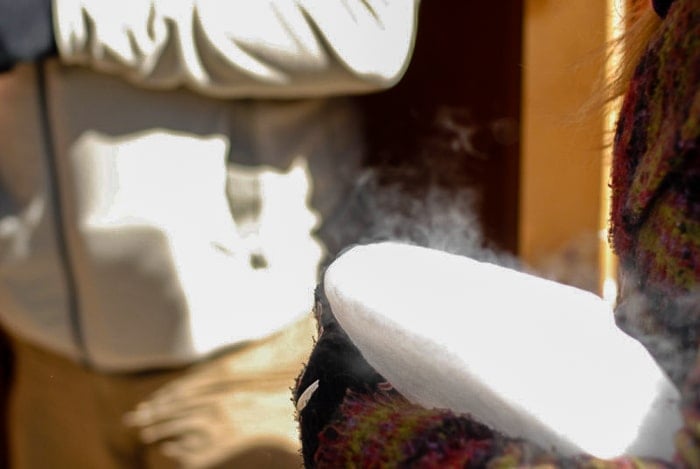 It’s unclear why those objects are there but I suppose to give some sense of personal comfort to this icy womb.

Below this bedding lies Grandpa, encased in a coffin guarded by large link chain.

There was discussion of eventually making a cut out and plexiglass insert to actually see his face but fortunately we were spared.

NOTE: Please use this Ultimate Guide to Dry Ice before handling dry ice at home. It should never be handled with bare hands.

We were given the opportunity to fetch dry ice from an adjoining industrial strength cooler to add to Grandpa’s habitat.

This took on the uneasy feel of making a shrine offering and a sense of volunteerism to aid Bo with the needed ice load.

I however was too busy taking photos of Grandpa’s liquor cabinet sporting coordinating booze such as Old Granddad’s Whiskey and Dead Guy Ale.

Incidentally Keith Richards, of Rolling Stones fame, has been known to drink Old Grandad’s on stage.

After spending an evening a foot away from him at a Dublin bar once, I will say it’s a miracle that he is alive from the looks of him. So Old Granddad’s must be working.

10 a.m. on a Sunday is a smidge early to attend a service at the Church of Booze for me however there is a midnight tour of the Tuff Shed which I’m sure is a ‘well hydrated’ frolic thanks to Grandpa.

Bo had also offered, knowing I’m a food writer, that I could try the 100 year old birthday cake from 2001, the remnants of which have also remained on ice.

It is the first time I felt being gluten-free was in my favor. 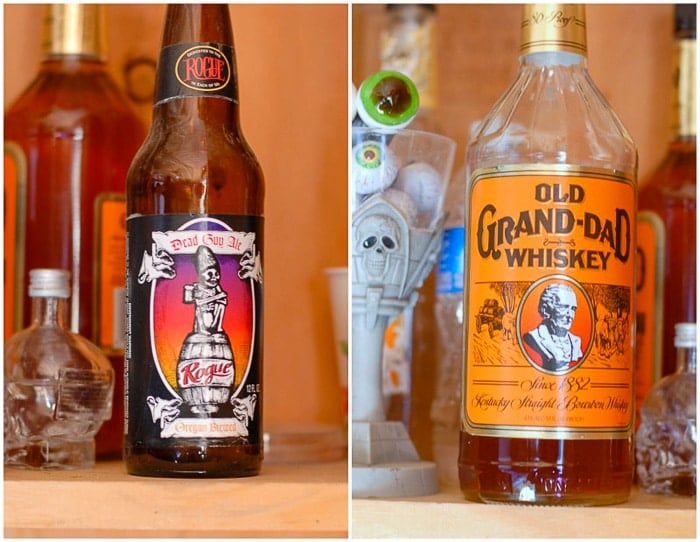 After touring the adjoining house, learning about Trygve’s escapades and Cryonics, Bo handed out our chocolate (remember this is a chocolate tour).

It was in the image of Grandpa, specially made by Concertos in Chocolate in Boulder.

The sentiment of the chocolate was to call our attention to the diminishing cacao trees in the world.

The chocolate was great, locally crafted AND in the image of Grandpa. One has to love it.

There was a bit too much information to digest and frostbite to mitigate when the tour ended 90 minutes after we’d initially began our wind up the mountain for our visit with the dearly departed.

We considered other activities on the roster in the town now pulsating with throngs of festival goers.

We weren’t feeling the Brain Freeze Contest (where contestants eat frozen foods and whomever suffers the longest wins).

Or the Polar Plunge (I had three layers on; the idea of stripping down to dive into frigid water at the potential of heart failure wasn’t calling to me either).

OR the Extreme Air Guitar competition (I’m having a shoulder issue otherwise it would have been ‘Party On Garth’ for me).

The Newly Dead game, based on the Newlywed game and assuming the Corpse Pose at the local yoga studio both eluded me as well. 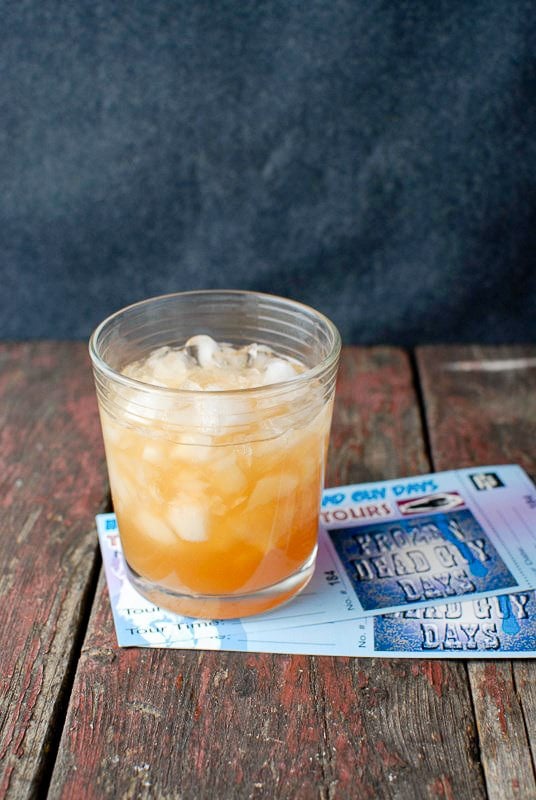 I decided instead to meander back down the hill to Boulder and whip up the recipe for the festival’s star cocktail, the Corpse Reviver.

I had spoken with Norm, the bartender from Aji restaurant (permanently closed now) in Boulder who mastered the recipe for festival goers.

There are traditionally several versions of the Corpse Reviver which is a cocktail in the ‘hair of the dog that bit you’ category of drinks.

Harry Craddock, famed bartender of the Savoy Hotel in London in the early 1900’s advises ‘taken before 11 a.m. or whenever steam and energy are needed’ for one version and warns taking four of another version in swift succession will UNrevive the corpse again!’*

I will say Norm’s festival-icizing of this cocktail is completely perfect.

It is a wonderful apple-y libation that is easy on the palate but ‘get’s the job done’.

I can only imagine the festival attendees who opted for the VIP pass including the ‘bottomless cup’ would have  been blissfully wobbling through town after 1 or 2 of these cocktails (and one gets the feeling that may be at the heart of this celebration for many).

Traditional versions of the Corpse Reviver are all booze.

Suspecting die hard festival goers may be existing in a perpetual state of hangover during the festival weekend, my hat is off to Norm for taming it with a bit of juice. I used unfiltered organic apple juice which has a beautiful, well rounded flavor elevating the drink to a new fave.

For festival ambiance, serve in a 12 ounce compostable cup. Otherwise it is tradition to serve in a cocktail or martini glass. 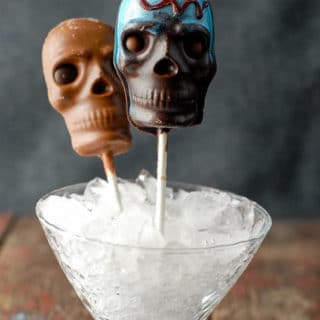