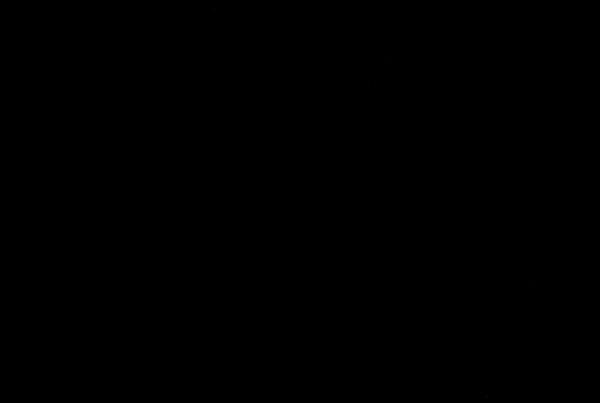 Almost 100 diners share this intimately spaced dining experience in groups of 12 per table.  The Blind Café utilizes various venues to facilitate the optimum dark experience the café concept is built upon.

When I was contacted by the Blind Café to come experience their concept and write about it I immediately said yes.  It is a ‘pop up’, or temporary restaurant where the diners spend 2 hours in the dark serviced by actual blind wait staff.  The café circulates between a handful of edgy towns providing 2 nights of 2 seatings per night before moving on.  I was excited, loving anything off the beaten path and unusual, however the first thought on my mind the day after accepting was whether I’d feel claustrophobic?  I’m NOT claustrophobic but clearly the unknown of the event was beginning to work me a little.
The organizing staff of the Blind Café encouraged not knowing much before going which I understood, however I did speak with founder Rosh Rocheleau about the origination of the idea.  Rosh is a songwriter and was touring in Iceland where he encountered a temporary blind café in Reykjavik.  It presented more as a concert in the dark where Rosh felt like he got to know a handful of strangers only in the dark with whom he still keeps in contact.  The focus afforded by the concept attracted his attention, recognizing participants can’t be texting on phones and the like while engaging with others and listening to the music.  Rosh was moved to spearhead the idea in the U.S.

Somewhere in the development of the concept for Rosh was the thought to fold in actual blind waiters.  In speaking with a blind person Rosh knew, she encouraged the idea.  Rosh is careful to couch the café’s experience to NOT be attempting to emulate an actual blind experience as most blind people have some experience of light or sight.  It does open a forum for diners to learn more from the blind staff however about their experience and level the playing field for the blind with the sighted when in the café.  The Blind Café has become a business which Rosh indicated was required for its sustainability though they possess a 501c3 nonprofit status in Boulder and will be doing fundraising work to benefit puppy guide dog programs.