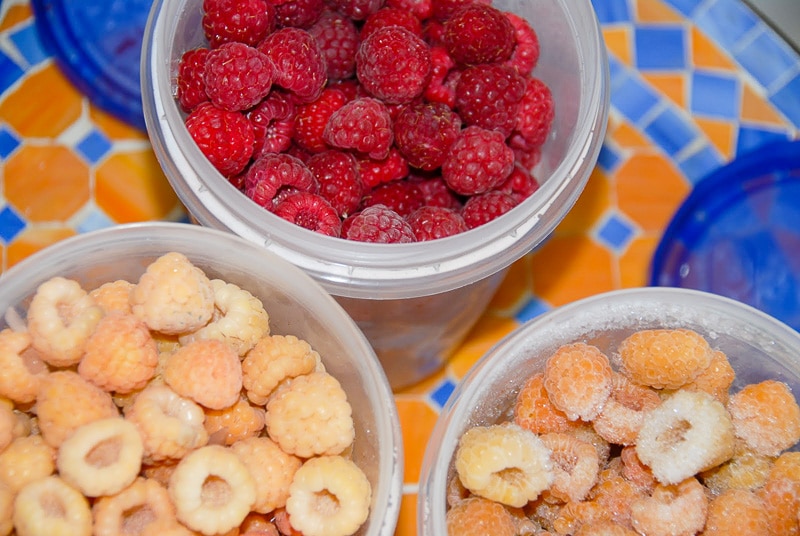 A favorite childhood story of mine was about my Great Grandmother’s meeting with a young scientist who had visited the Carnegie Institute in Washington D.C. where my Great Grandfather was the administrator. Grampy brought him home one day because this young man was brimming with enthusiasm to speak to a ‘real housewife’ about his concept.

He elaborated for Grammy his idea of going into the field during the harvest and picking produce at its prime to freeze for later use. He described this revolutionary idea only to be met by a stoic response from Grammy of not seeing the value of such an idea.

When she recounted the story she would laugh saying in the end she was glad he did not listen to her for every time she passed the frozen food section at the ‘market’ and saw his name, Clarence Birdseye, on a package of frozen goods, she realized he’d been smart to forge ahead.

Well hat’s off to you Clarence for I too am going against Grammy’s advice in my practice of picking fresh berries and dispositioning them for winter (my grandmother, Nana, admitted she always loved when Mr. Birdseye visited because they’d have strawberries in the snow).

After my initial berry picking last year I experimented with freezing berries to great result. I first learned how NOT to do it with peaches a few years back. Coming into a box of peaches that were too delicious to waste but too much to eat solo I purchased a Food Saver. I ambitiously peeled and pitted them to then pack them all into a bag and vigorously sealed them shut not realizing what I’d created was a ‘peach wad’ not to be separated by anything less than a meat cleaver when desiring to use only a portion.

How to Freeze Fresh Berries

STEP 1: Put a piece of wax paper on a cookie sheet.

STEP 2: Prepare the fruit (with berries I rinse them and put a paper towel underneath them for a bit to soak up any water; remove them from the paper towel before step 3). 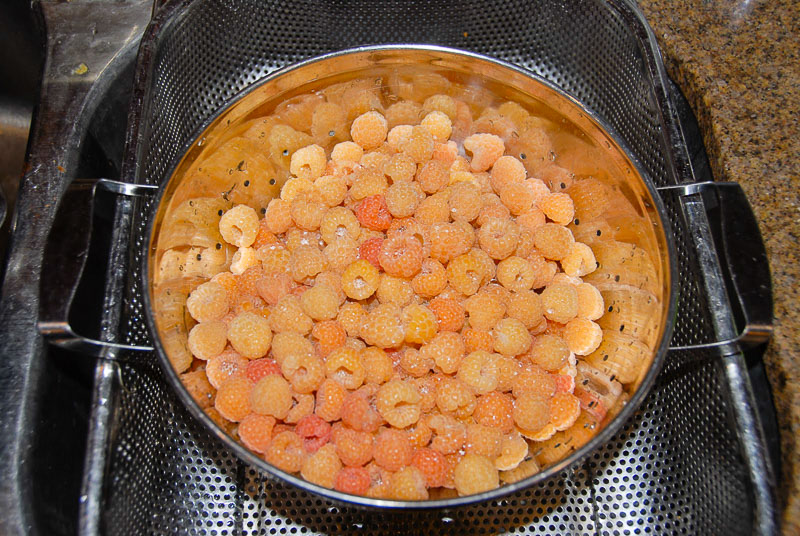 STEP 3: Place the fruit on the wax paper individually. 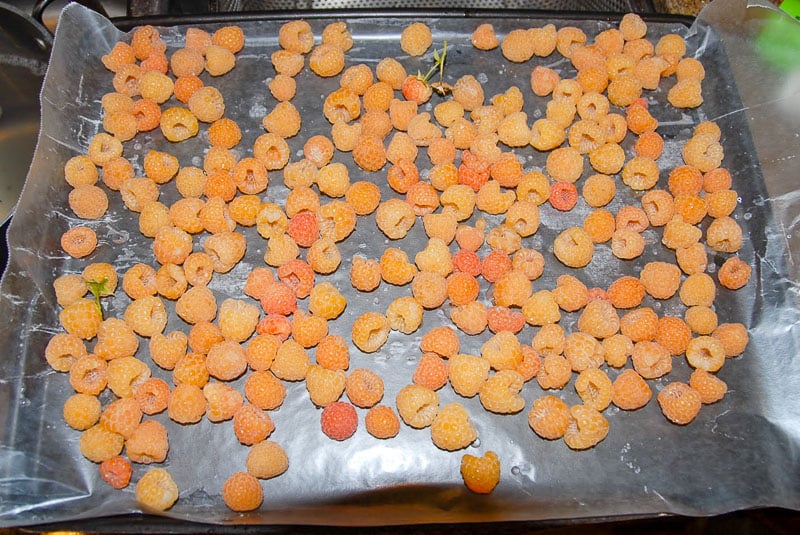 STEP 4: Put into the freezer to allow it to freeze fully.

STEP 5: After they are frozen I take the fruit, berries in this case, and put them in a freezer Ziploc bag (don’t want to risk the force of the Food Saver pulverizing the whole raspberry) or a Ball or Ziploc Freezing ‘Jar’. This allows you to dip in and remove any amount when you want them not committing to the entire package worth at one time.

I was worried that when they thawed they’d be disgusting mush. Not so! They defrost into their familiar whole form with no sacrifice of taste or texture. You can eat them raw or make a fabulous dessert, remembering summer all the while. 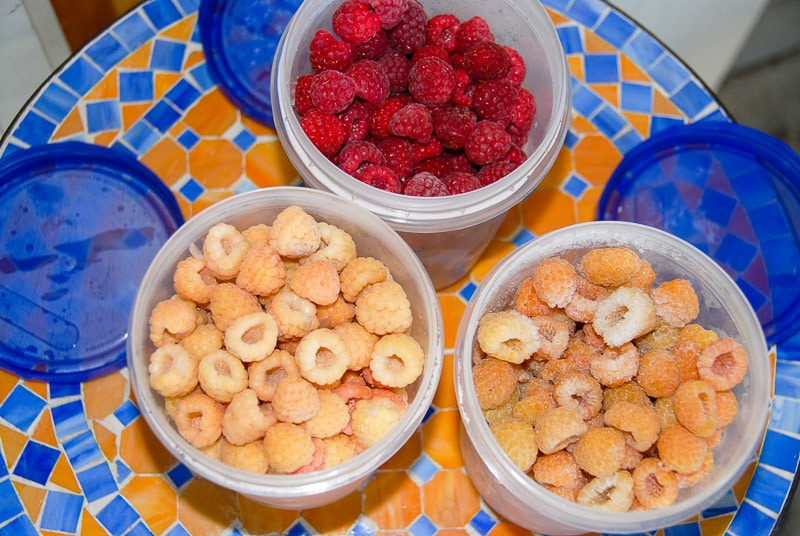