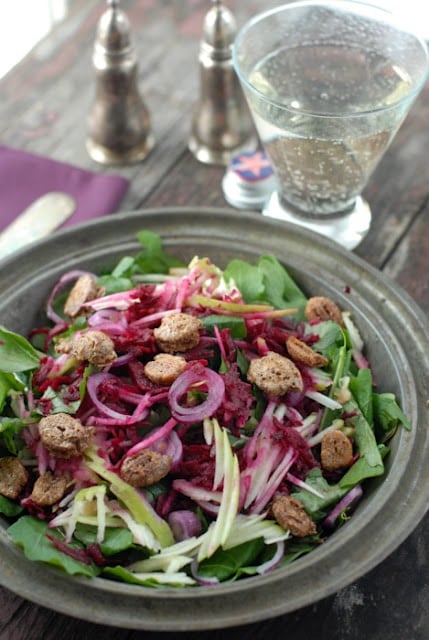 I kind of hate beets.  I really want to like them but the torment in our relationship is like that with a person whose virtues you regard, one you truly want to like yet somehow each time you meet they completely rub you the wrong way.  I would gladly wear beets for their array of chromatic drama but I’m still working on trying to like eating them.  I’m determined however.
With this as a backdrop those who know me will doubt I really had this recipe pop into my head without a gun pointed at it, but it is so.  I think it is another post holiday cry for help, my cravings for not only a salad but one comprised of serious players; arugula, beets, apple cider vinegar (all known for fantastic healthful properties). 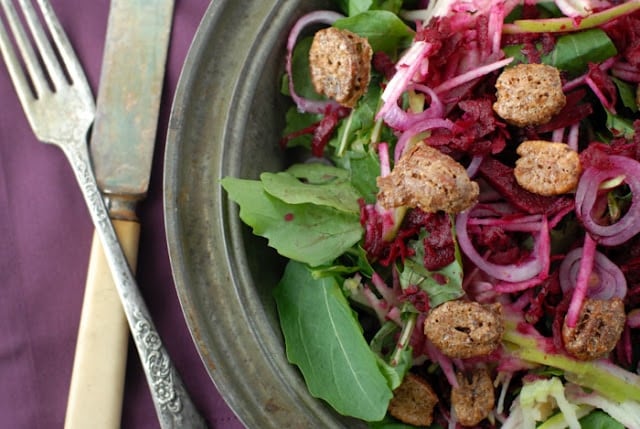 As feverishly as I am trying to love beets, I already DO love arugula. I was speaking with a close friend recently about food and asked ‘if you were shipwrecked on a desert island, and could only take one food with you, what would it be?’  (Of course you’d have to have the foresight you were going to become shipwrecked for this to work but that’s beside the point).  Being a thoughtful chap he chose ‘salt’.  Feeling it could be used to season things as well as preserve things.  Not nearly so practical, I declared my pick would absolutely be ‘arugula’.  I-heart-arugula.  I find the peppery flavor and delicate texture sublime.  It is definitely my green of choice. 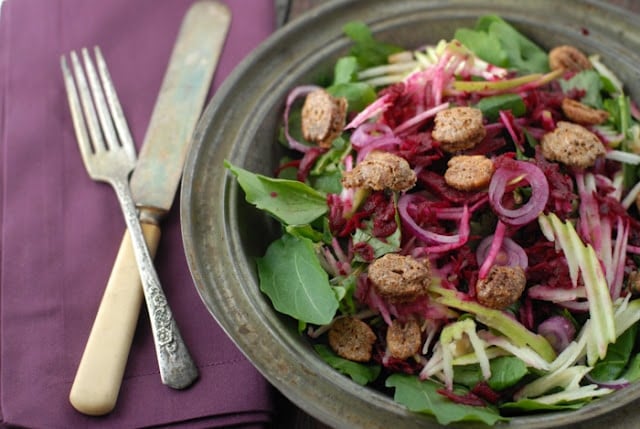 After a month of chocolate dipped everything I was not surprised to turn the corner at New Year’s finding my palate had taken the reins and done the same.  Amidst the more hearty foods of the winter the idea of this peppery green combined with vinegary beets, some crunchiness and a bit of sweetness from the apple and coated nuts could not be any more to the point.  AND I’ve finally met a beet I’ll happily eat anytime! 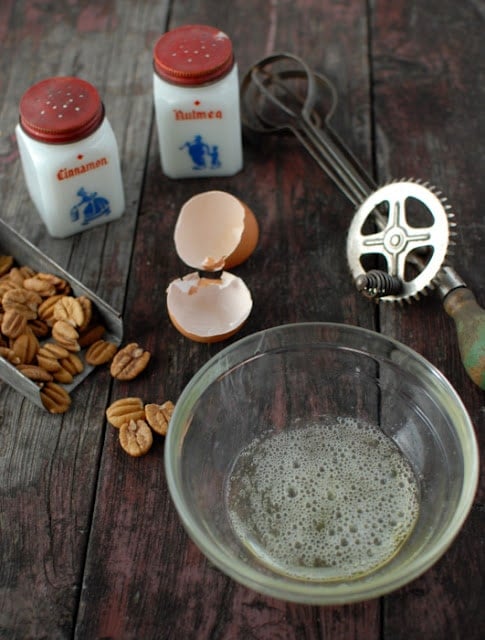 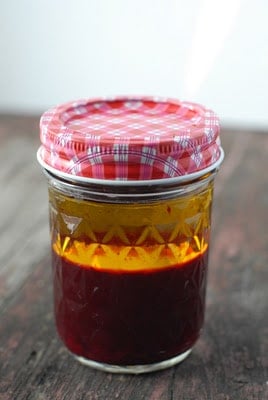 The beets should be prepared the night before desiring to use to allow the full affect of the vinegar and apple juice to take hold. They are slightly vinegary and also sweet from the apple juice.

A reminder about working with beets, things can quickly digress to look like a murder scene with permanent reminders in clothing. I highly recommend wearing latex gloves, using a plastic cutting board and not wearing your favorite outfit (or at least cover it with an apron). The Candied Pecans may be used as an independent recipe.

They require about 45 minutes to make and 15 minutes to cool. They can be made up to 4 days beforehand. Once you make them I think you’ll find many uses and thoughts on how to tweak the seasonings for your creations.

Most vinaigrette recipes suggest 1/3 vinegar to 2/3 oil. I personally prefer much more vinegar. In this case the vinegar is diluted with the apple juice so not as tart. I suggest making it as follows then tweaking it to your taste if you’d enjoy more vinegar or more oil.

This will make far more than you need for this salad but will stay fresh if kept in a sealed jar in the refrigerator. If the oil solidifies after chilling just leave it out before using or set the jar in some warm water to hasten the process. 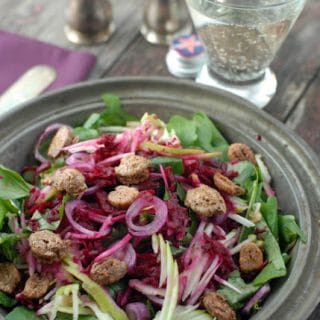 Ingredients for Overnight Apple Cider Pickled Beets (should be prepared the night before making the salad): 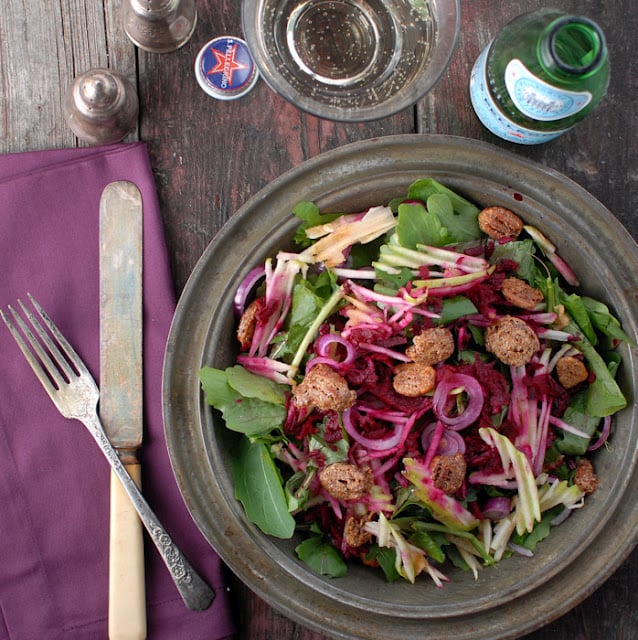